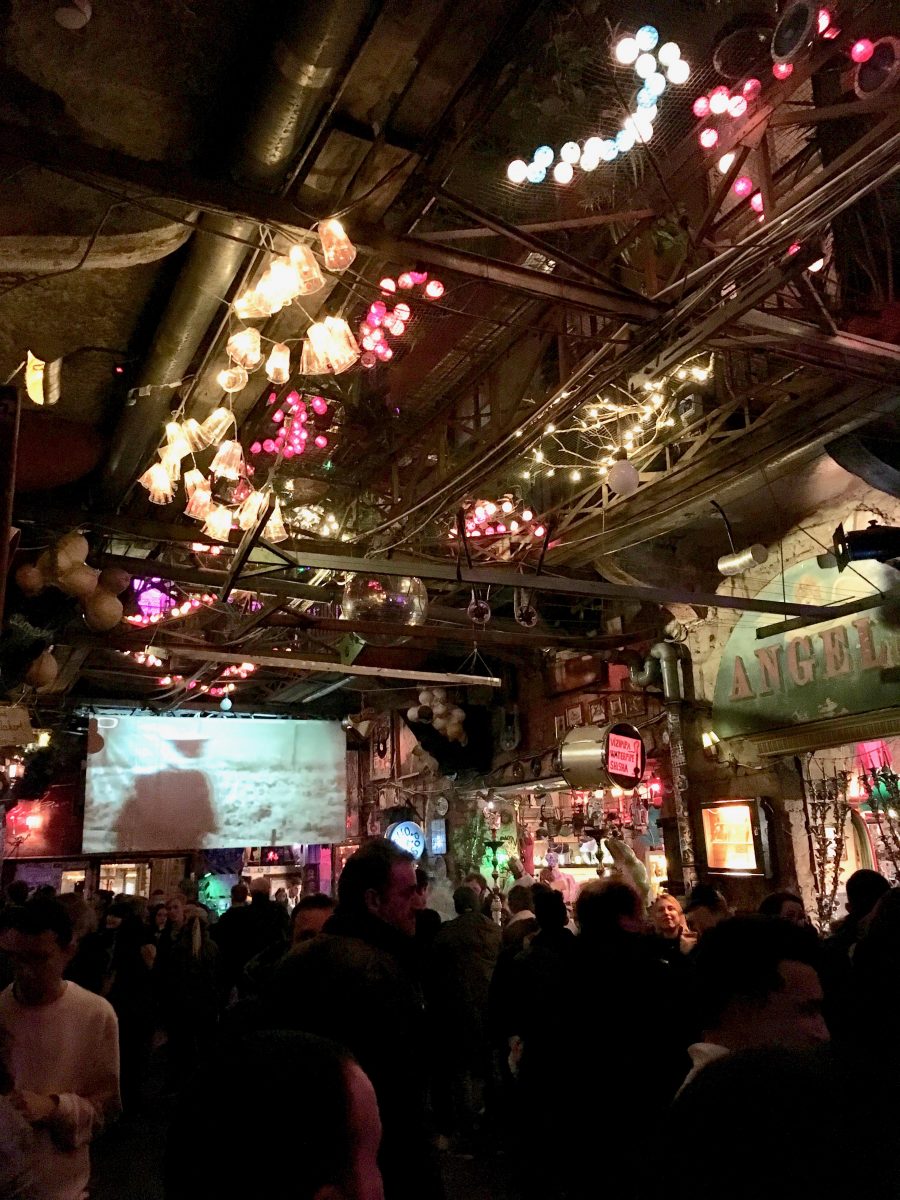 If you go to Budapest, you must visit a ruin bar in the old Jewish quarter. We visited the first and most famous Szimpla Kert expecting to just pop in for a drink to say we’d been, but over three hours and several beers later, we had happily spent our entire night there.

Ruin bars started with some enterprising individuals using derelict buildings that were left to ruins after World War II. They then filled them with signs, junk, neon lights,  mismatched furniture and graffiti all over and offered cheap beer. Sounds like a recipe for success to me and akin to the “dive bar” most people have come to know and love, only on a much larger scale. These are like dive nightclubs.

With several different bars inside Szimpla Kert to grab a drink at, although it was full of people, you never had long to wait. Two pints of craft beer set us back around £5, which is super cheap, and it was tasty! I also noticed a few people drinking pints of cocktails and some people even drinking bottles of prosecco, so no matter what your drink of choice, you’ll find something. There was also a shisha bar if that’s more your thing.

The one thing I’d suggest is – explore. There are tons of little hidden pockets all over the place to tuck yourself into and enjoy your drink, or hang out and dance in the middle of the action, although this was harder as there was a constant stream of people also wandering around taking in the entire place. As it’s the most famous ruin bar, be prepared for a lot of backpacks. I’ve never seen so many backpacks in a bar before. 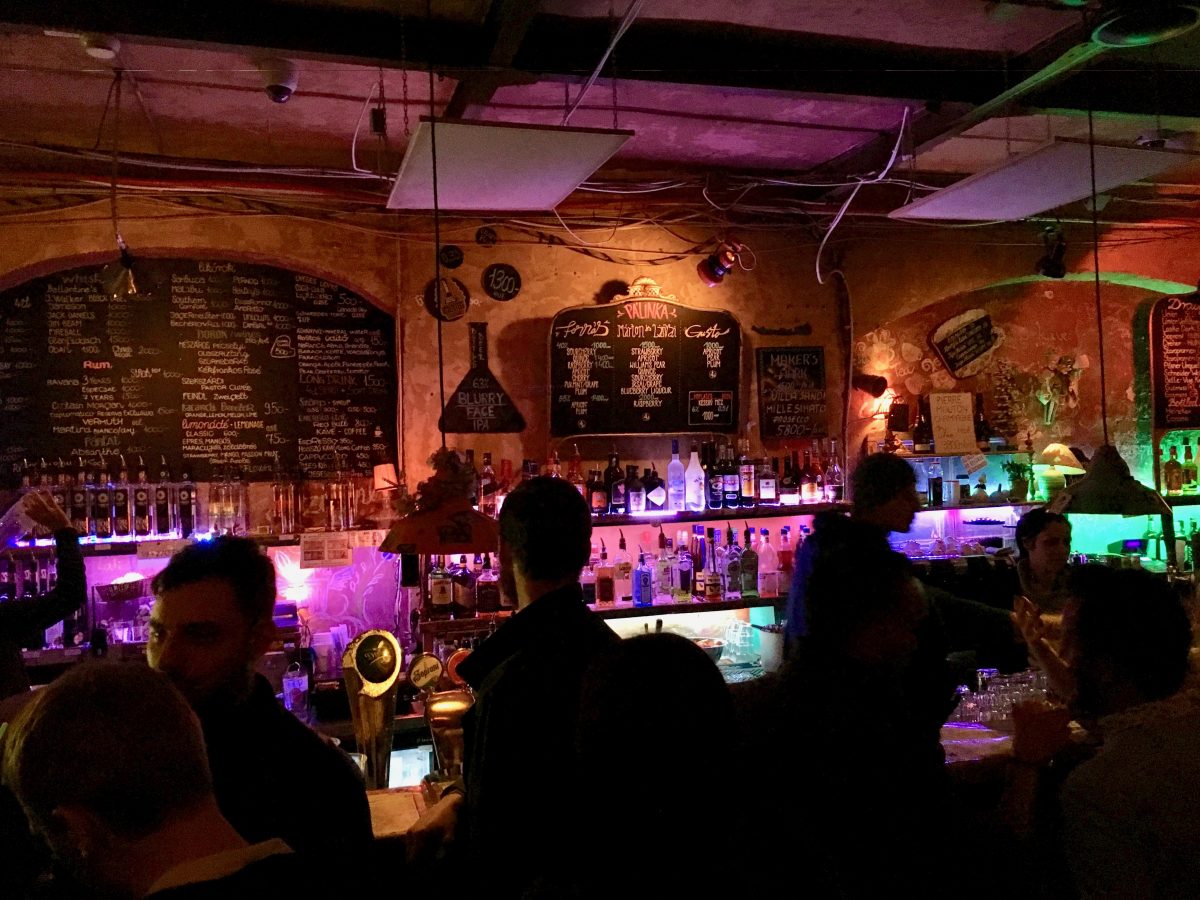 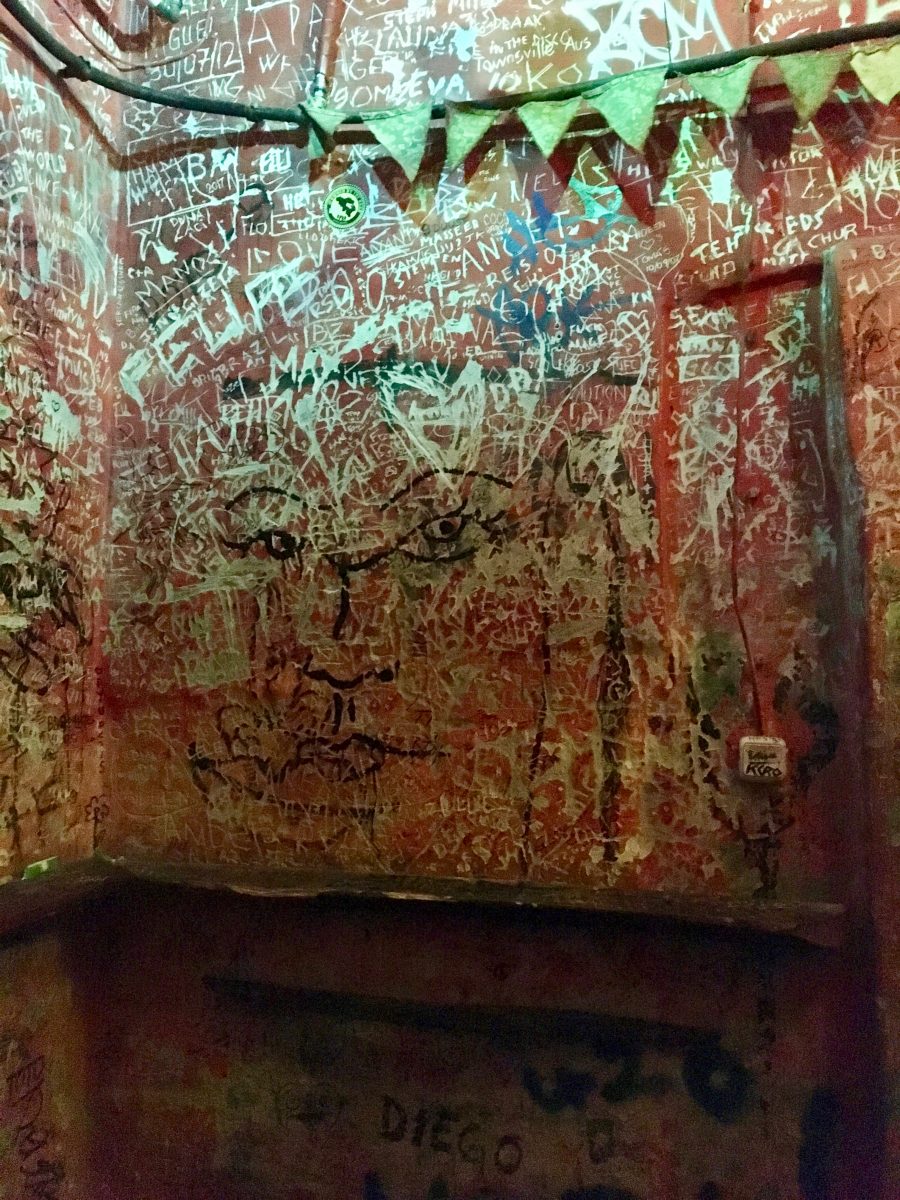 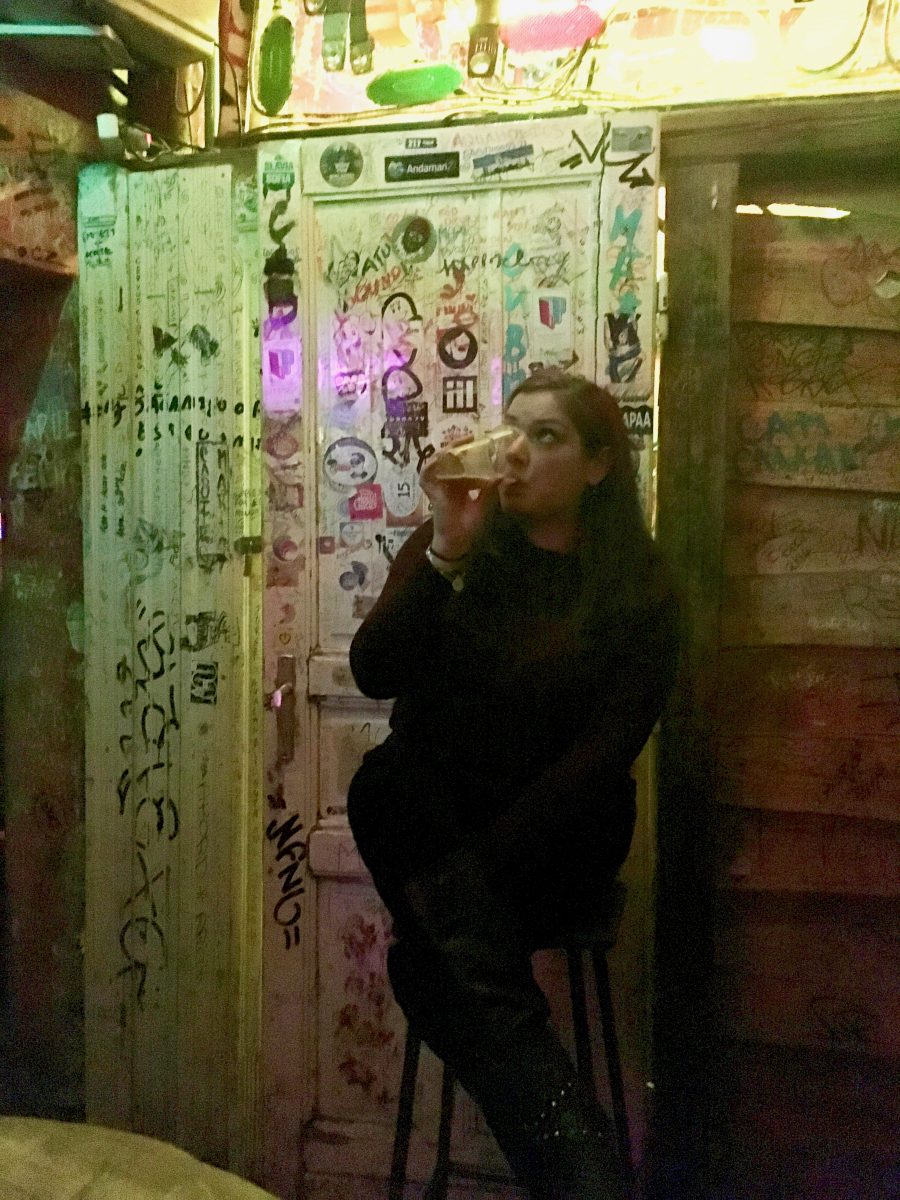 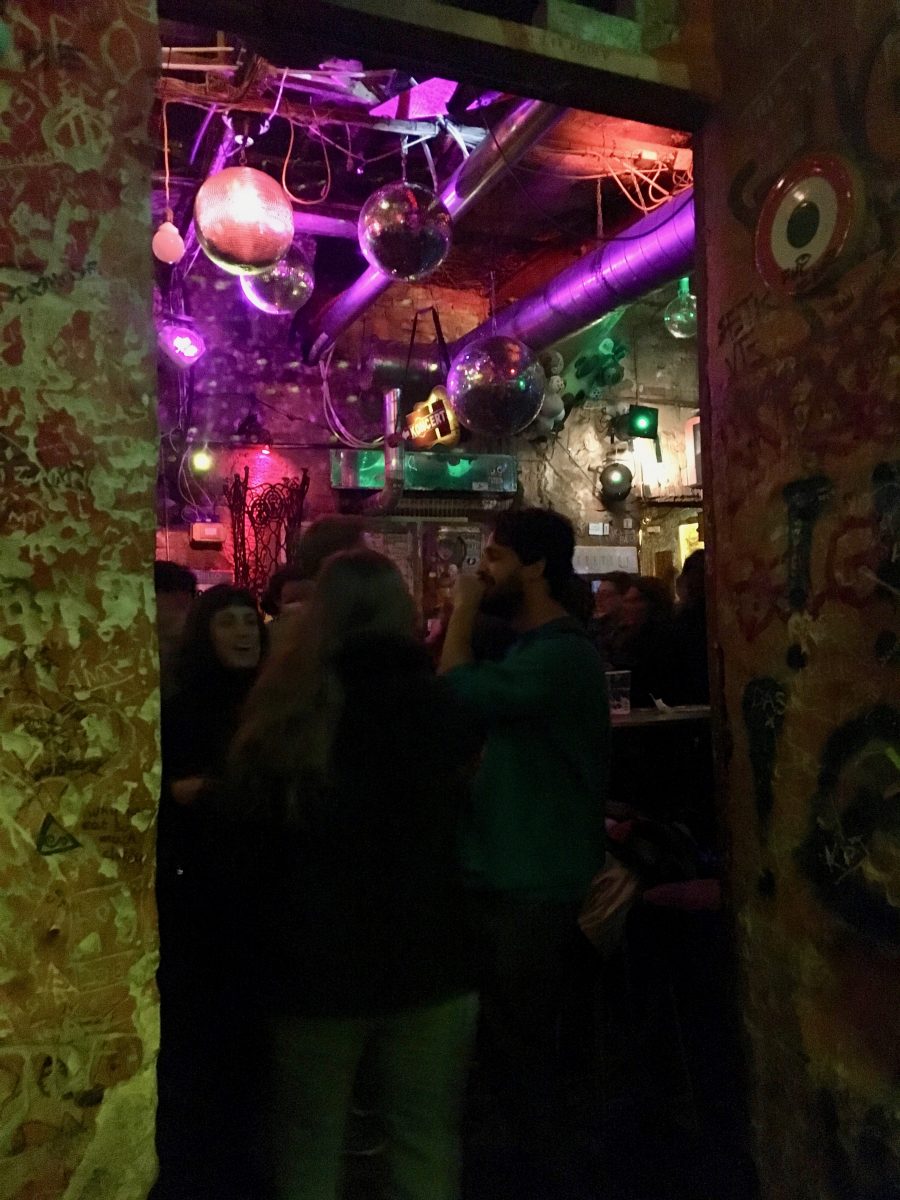 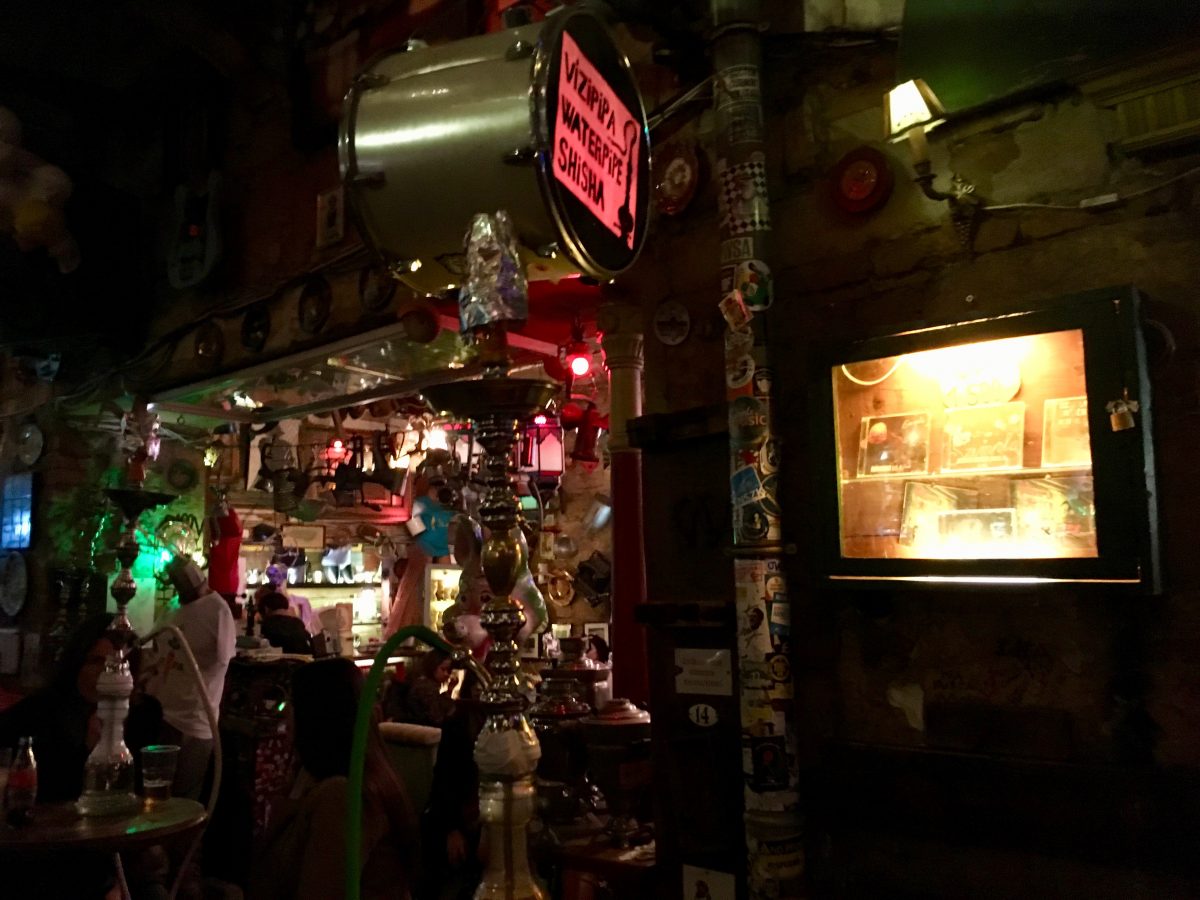 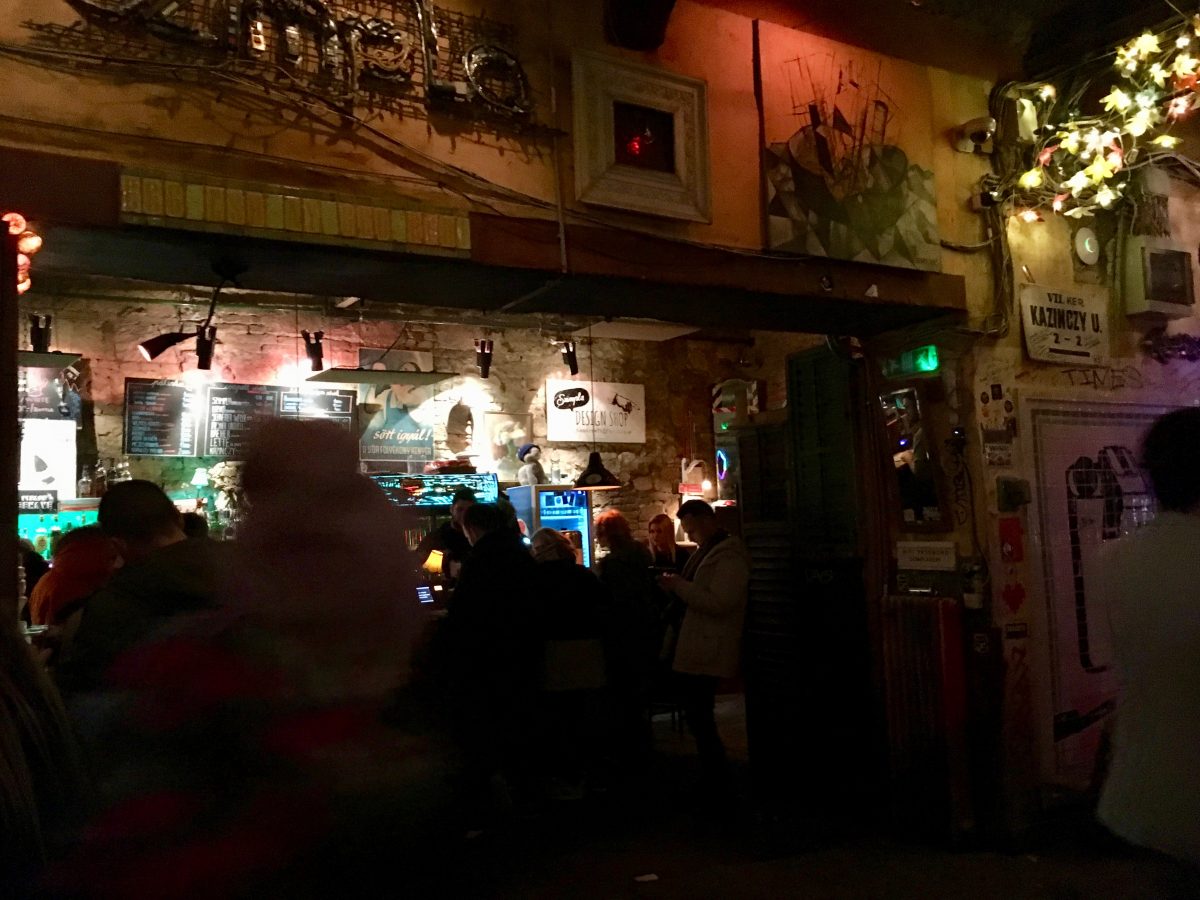 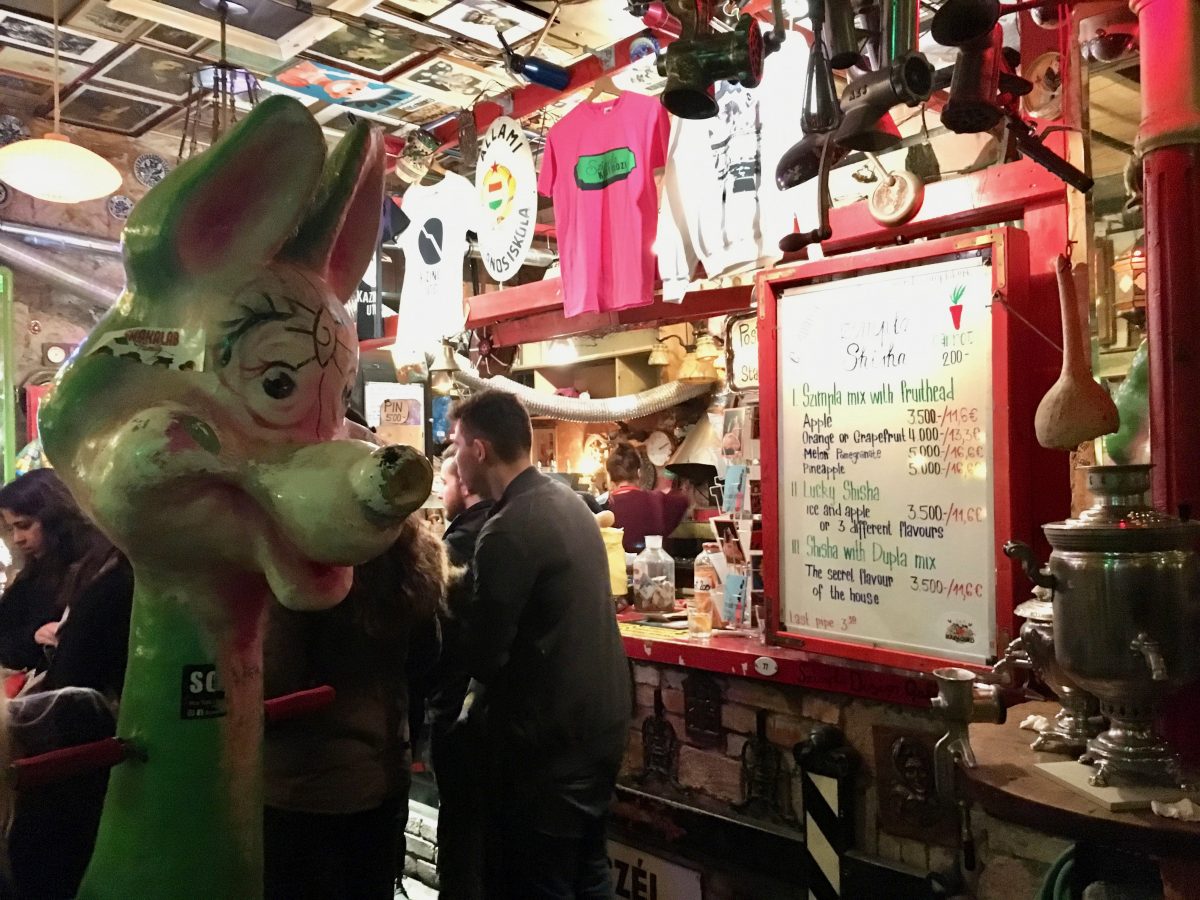 As I mentioned our plan was to grab a drink at Szimpla Kert, then head around the area to some other bars and sort of “compare them”, but we found a cosy spot, loved the music we were bopping along to, and settled on a beer of choice. In turn, we fell in love a little bit with this insane ruin bar. It’s the kind of place that I could go back to time and time again, and be ok with not seeing every other bar in the city. It’s just that fun.

If you are on your own, don’t worry. People were friendly, and as most people are travellers you’ll have no problem striking up a conversation and making friends if that’s your thing. I noticed when we got back that you can go on “ruin bar tours”, a sort of pub crawl, which would be a great introduction to some of the more popular ruin bars while also having some people to enjoy a drink with.

Some bars are open quite late in Budapest, closing between 2 and 4 (Szimpla Kert closed at 4am), so you can party well into the night, or go out later so you don’t miss any other activities. We didn’t go out until almost 11 and stayed out until 3, at which point the party was definitely dying down. There are some more nightclub type bars around if that’s more your thing too, but if you’re after somewhere with fun music where you can choose to either have a dance or sit somewhere and chat with friends, Szimpla Kert is a great option.