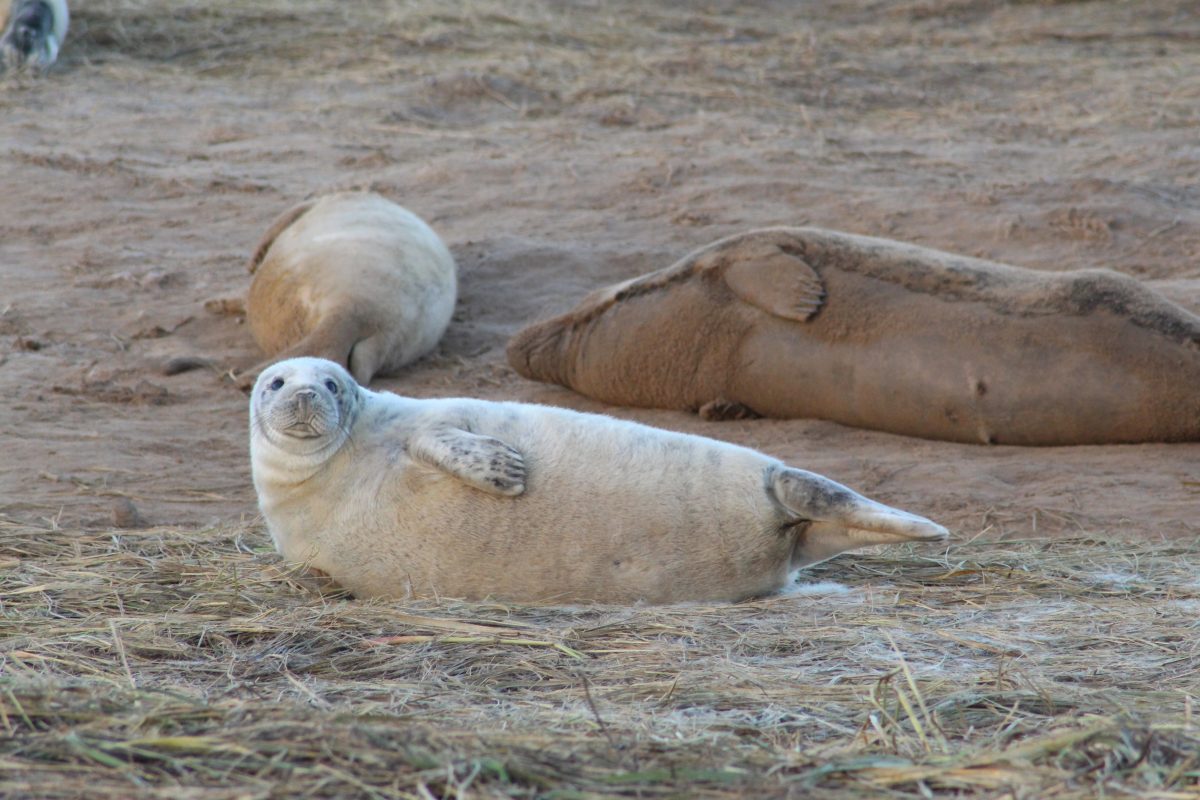 I’ve got a super cute post for you today, SEALS! Big ones, little ones, old ones, baby ones, fat ones, skinny ones – ok, you got me, there were no skinny seals, but all the CUTE!

After being told by a few people about Donna Nook Nature Reserve in Lincolnshire, and the fact that from mid October to mid January there are seals and their babies, we pencilled in a Saturday to go and visit them. Armed with my zoom lens, we weren’t prepared for how close the seals would actually be to us. You could touch them! But don’t, this isn’t allowed. There is a fence to keep them away from prying hands and let them have their space, but some of them were right up against the fence digging in the sand. So even if you want to get some cute pictures on your phone, completely doable.

You’re welcome to stay as long as you like, when we went there was a £2 parking charge, and as you’re essentially parking in fields it can be a little muddy, so come prepared if it’s been wet. There was a van selling hot drinks and bacon rolls, as well as a farmer selling fresh produce. Other than that, there’s not a lot there, as it’s a nature reserve! So bring drinks and snacks if you plan on staying for a while.

The seals come ashore to have their pups, and stay for a while feeding them and getting them strong enough to join them in the ocean. We spoke with one of the volunteers there who was really nice and helpful, and he said the pups are born yellow, then change to white, so the little pure white ones will only be a week or so old, and some of the bigger ones that are moulting are already a few weeks! If you see them in person, this is hard to believe as they are quite big. 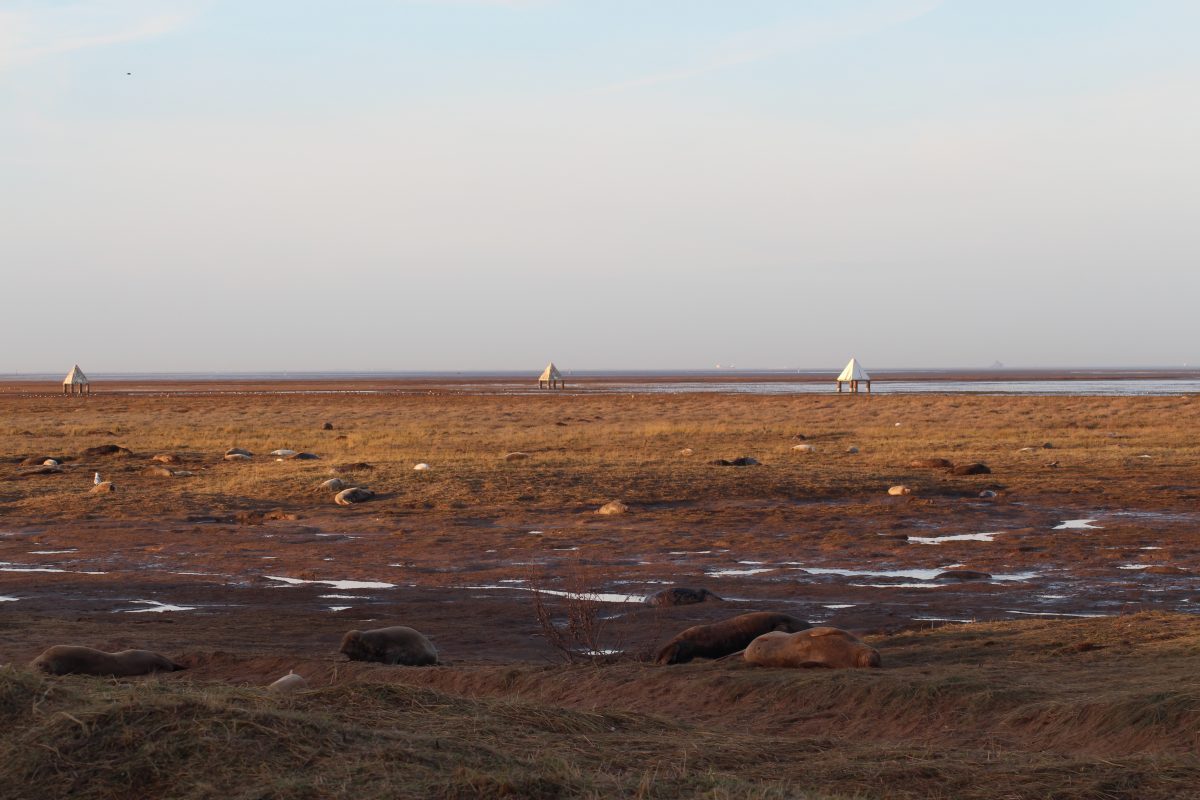 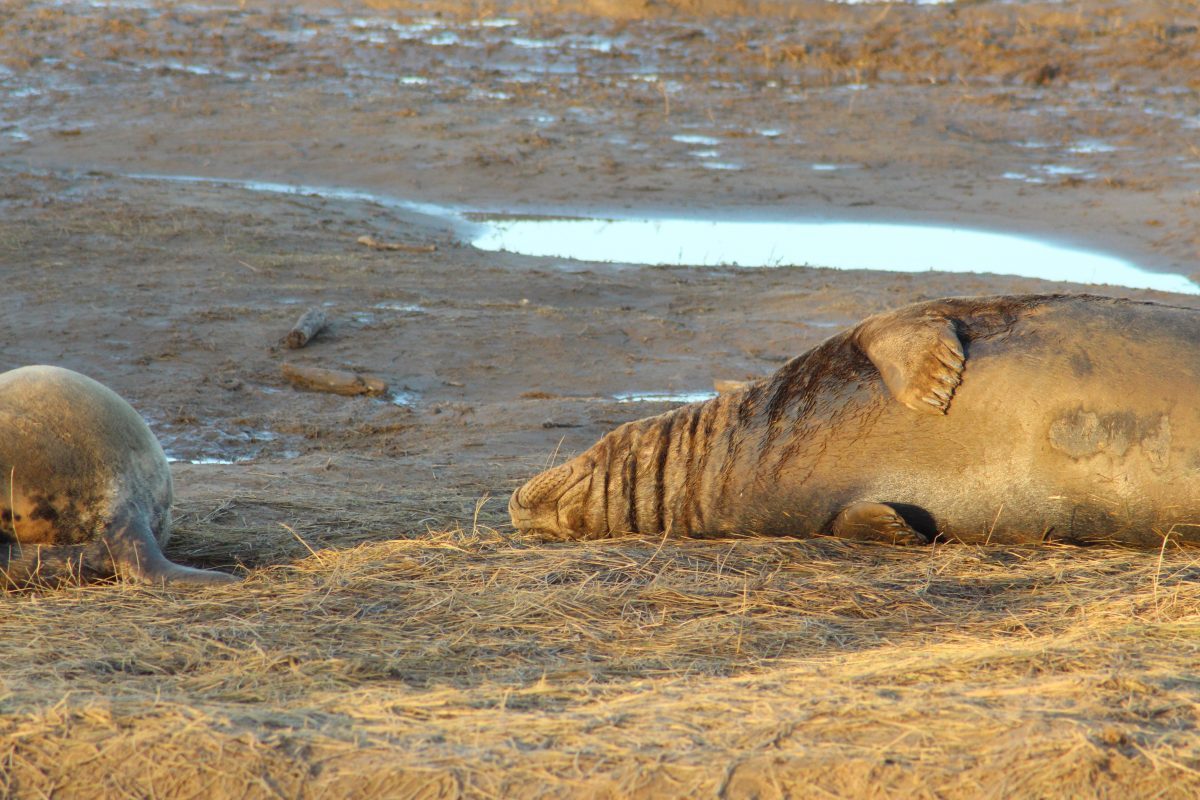 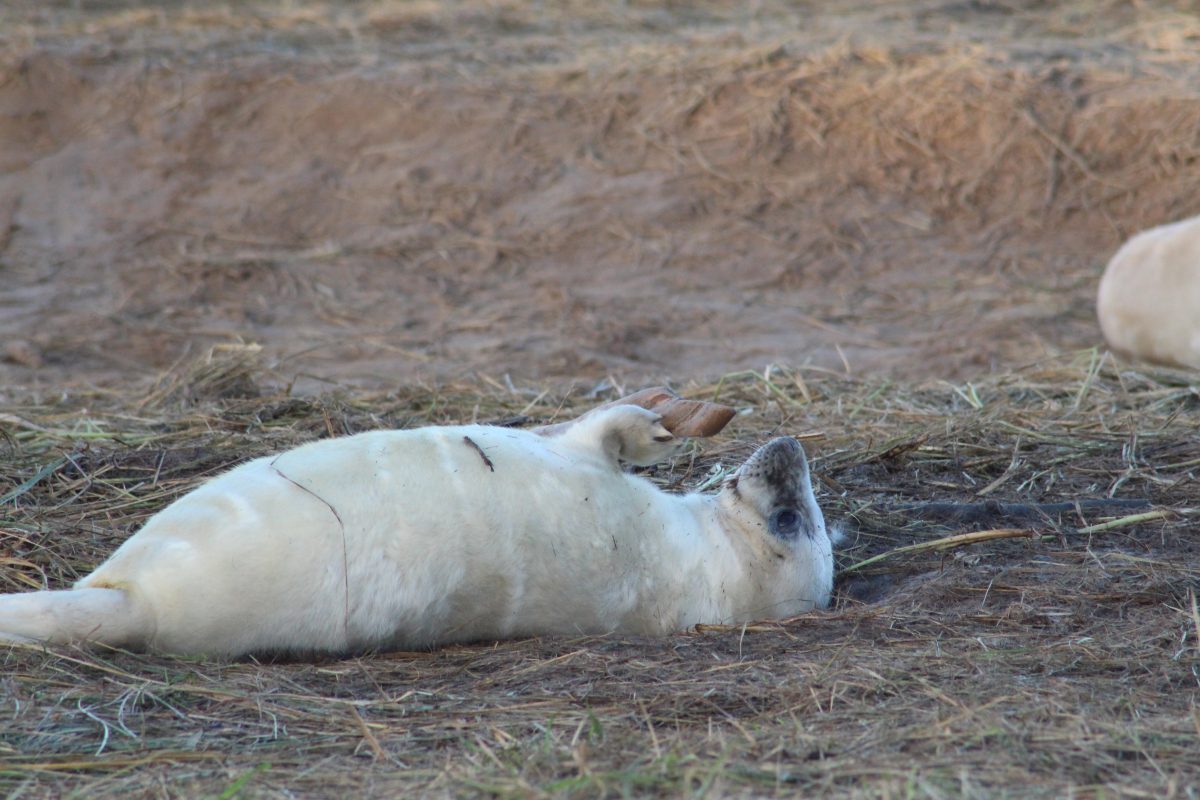 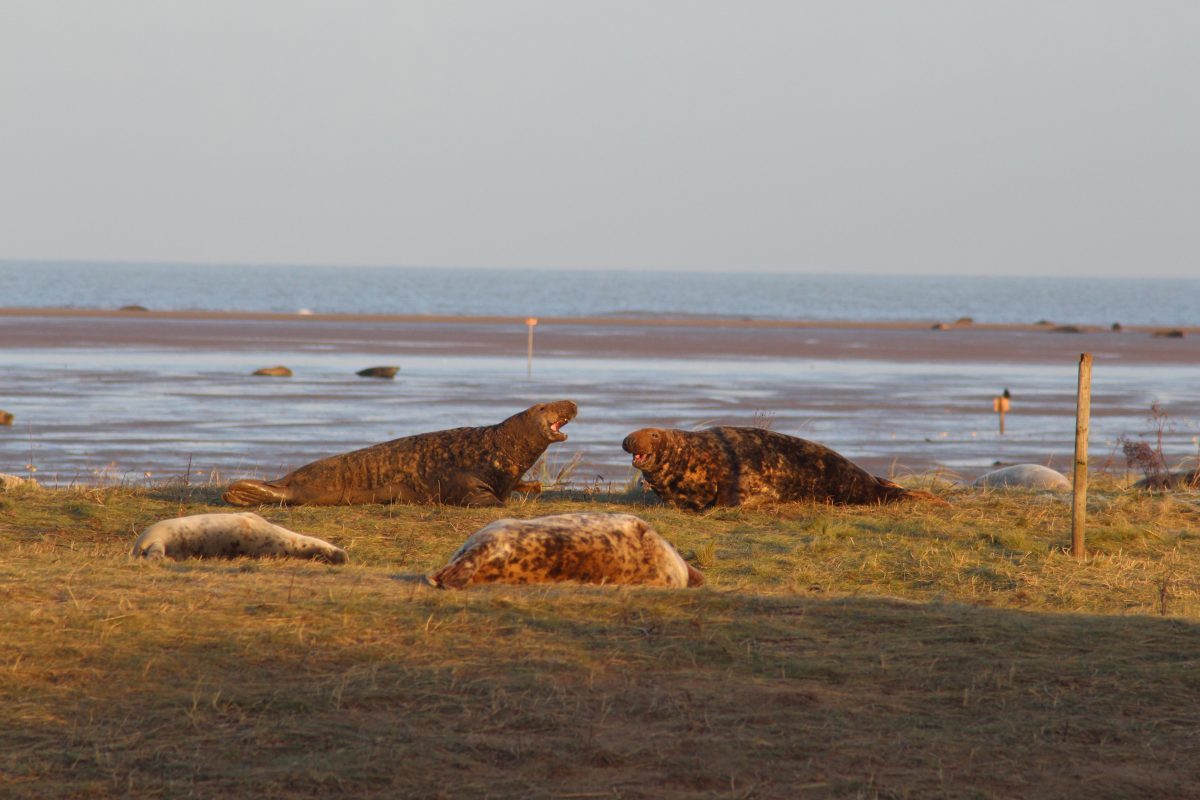 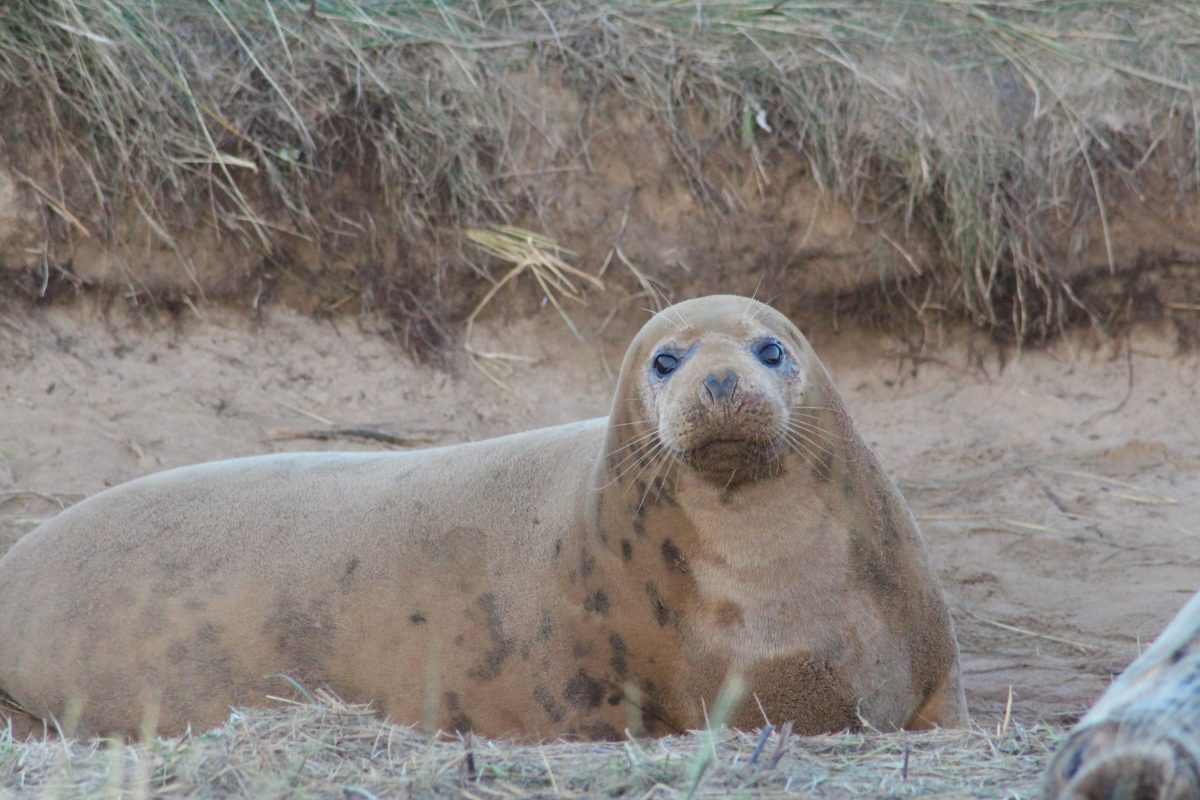 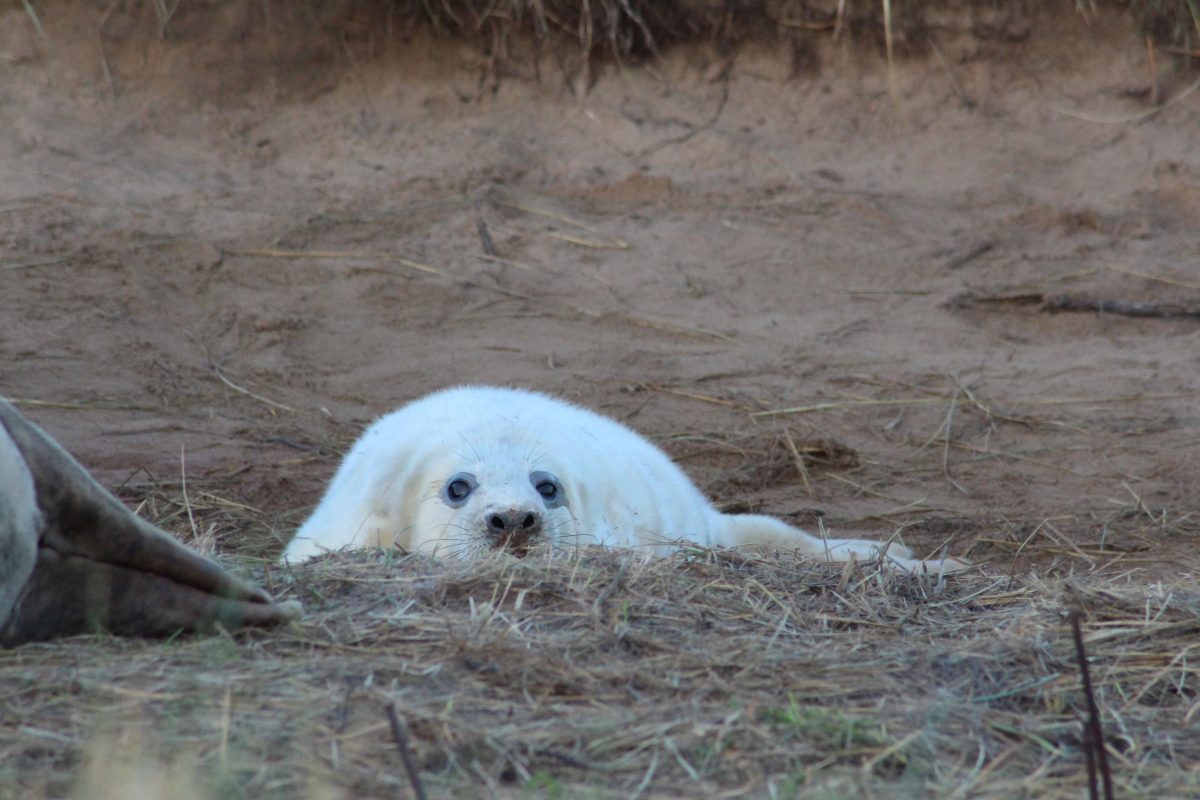 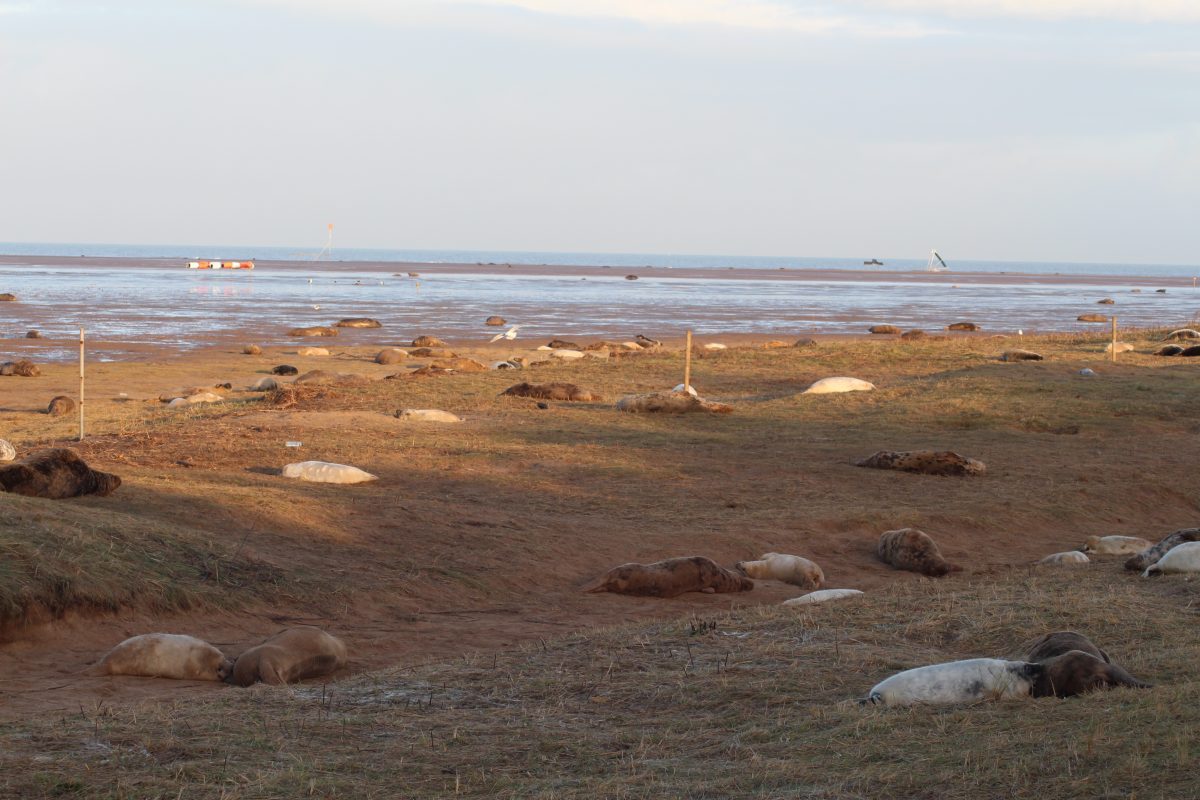 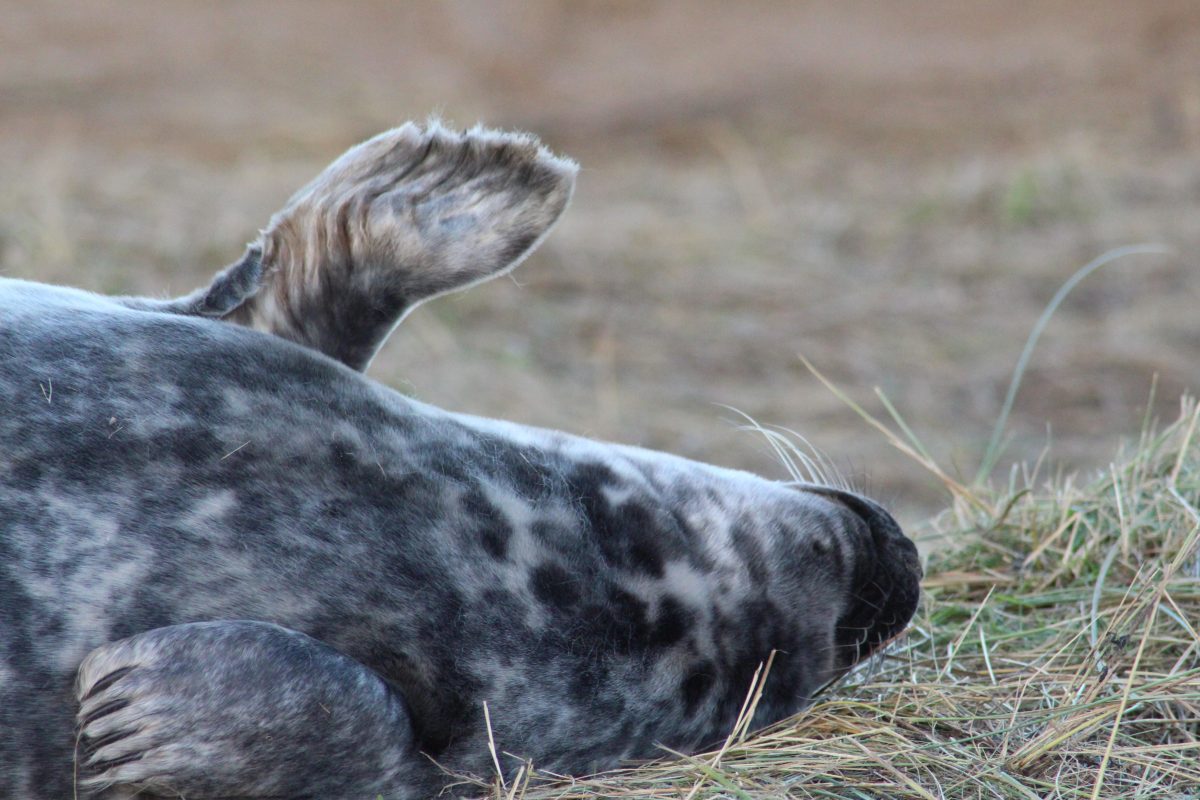 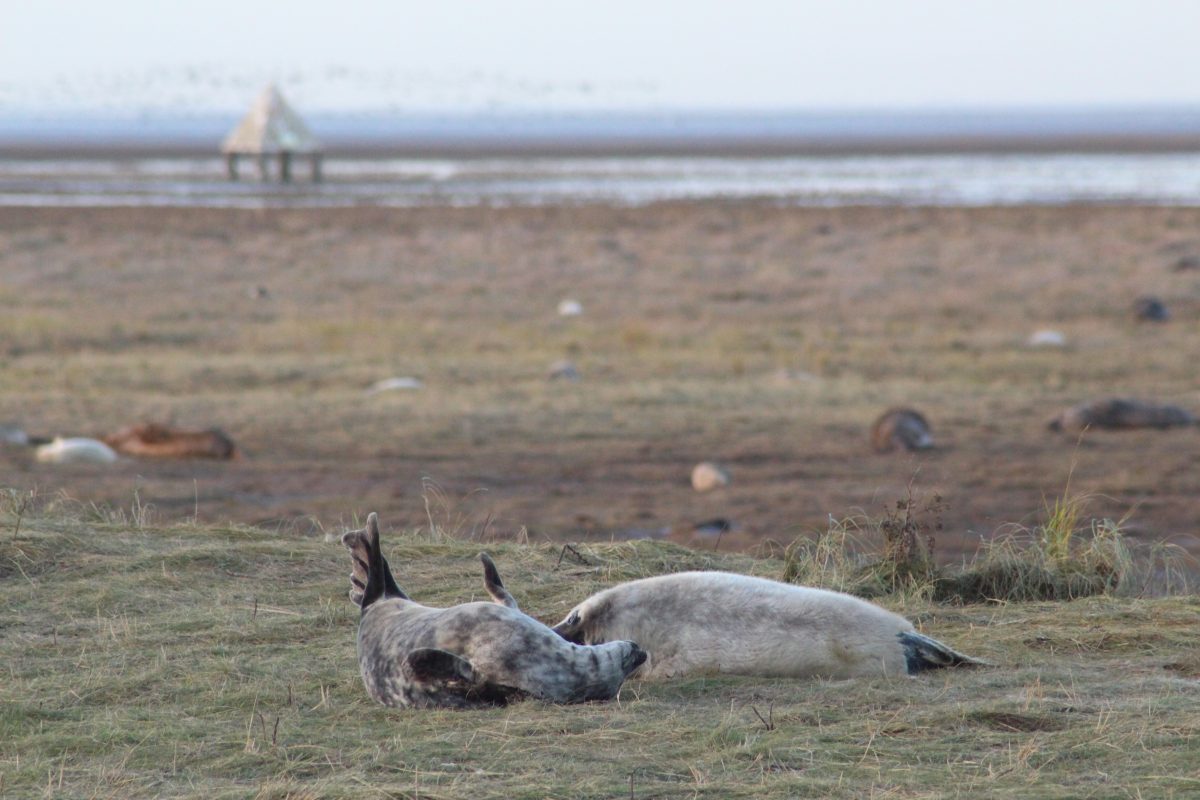 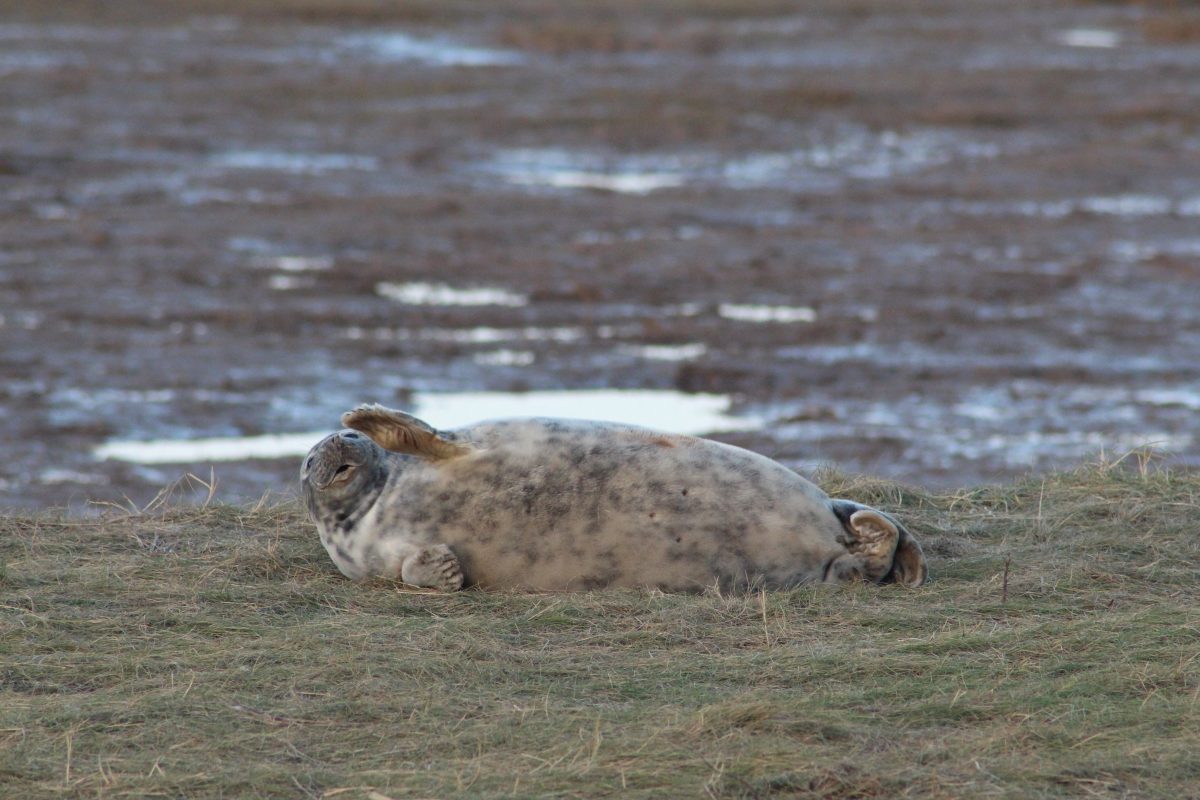 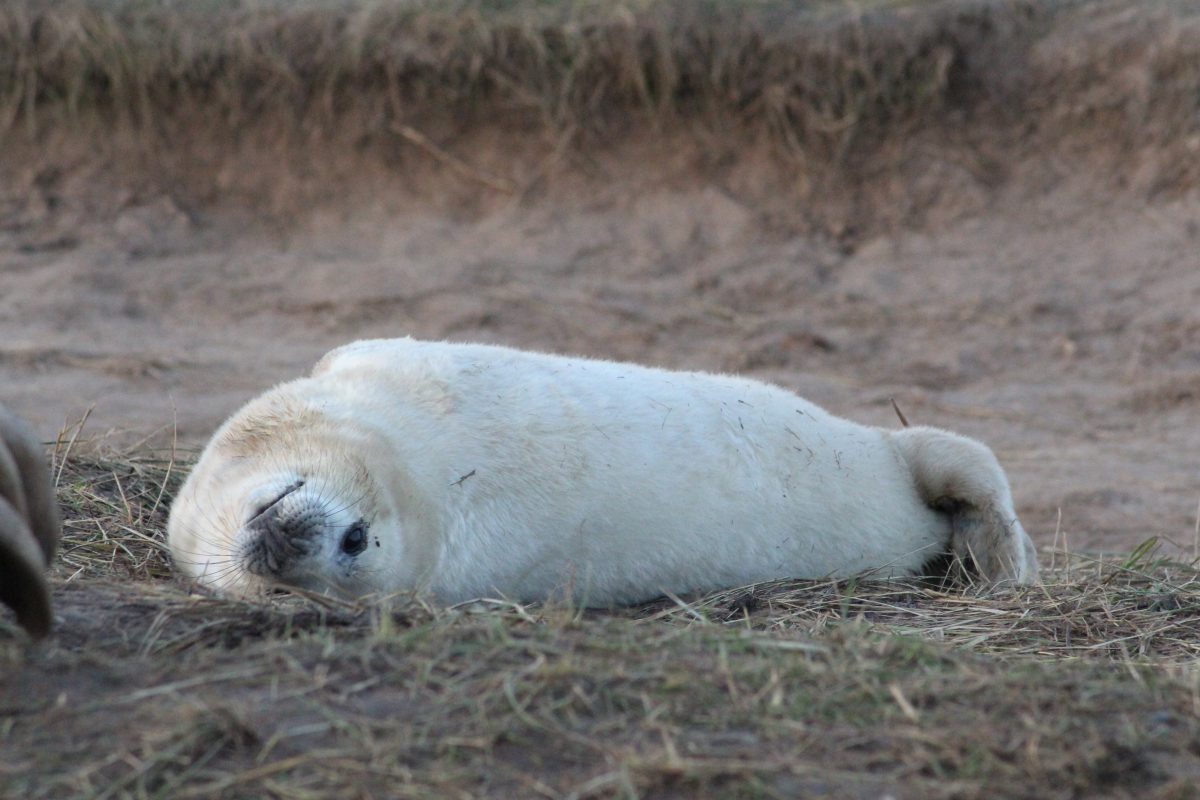 Donna Nook is an RAF (Royal Air Force) active practice offshore bombing range, thus the sign. I mean, this sign was slightly concerning, do the seals not set off any of this debris?! This poor momma seal was rescued 6 years ago by volunteers. She had a big fishing rope tight around her neck, which you can still see the scarring from. The volunteers were able to keep her still enough to cut the netting free, and every year she comes back to the same spot on the beach, on the very tip, and has her seal pup. One of the volunteers was telling us how she has her pup the same day every year, but this year she was about a week late so they were getting concerned. Then she eventually had her pup and it was huge, so then they understood why it took her a little longer this year.

After knowing that there are these adorable seals an hour and a half away from me, I’m thinking this will be a yearly trip to see the babies. The seal pups are born in November and December, so head there during this time for a chance to see the littlest ones, but really, I dare you to try and pick a favourite!