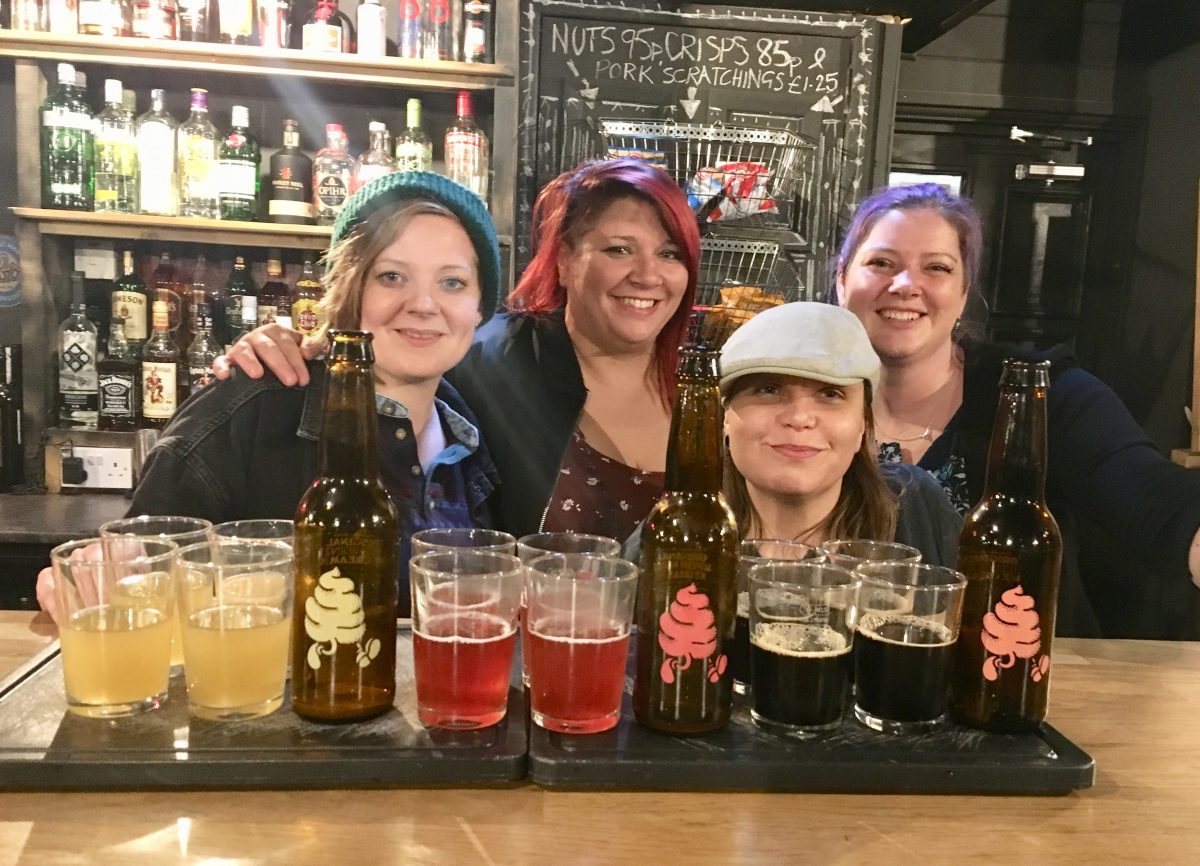 Well it’s been almost an entire year since I’ve done a life lately post, and I quite like grabbing the photos I’ve taken through the week off my iPhone, so here’s what I’ve been up to the last two weeks.

We’ll start with weekend before last, as I normally work at the pub on Friday and Saturday nights, after our shift Saturday some of my favourite people and I tried a few of the Buxton x Ompnipollo collaboration ice cream beers I picked up a while ago in Buxton. Lemon Merengue, Raspberry Merengue, and Texas Pecan which packed a wholloping 10% abv. Everyones clear favourite was Texas Pecan but I was in love with the Raspberry Merengue, not too tart, not too sweet, just perfect and super easy drinking. 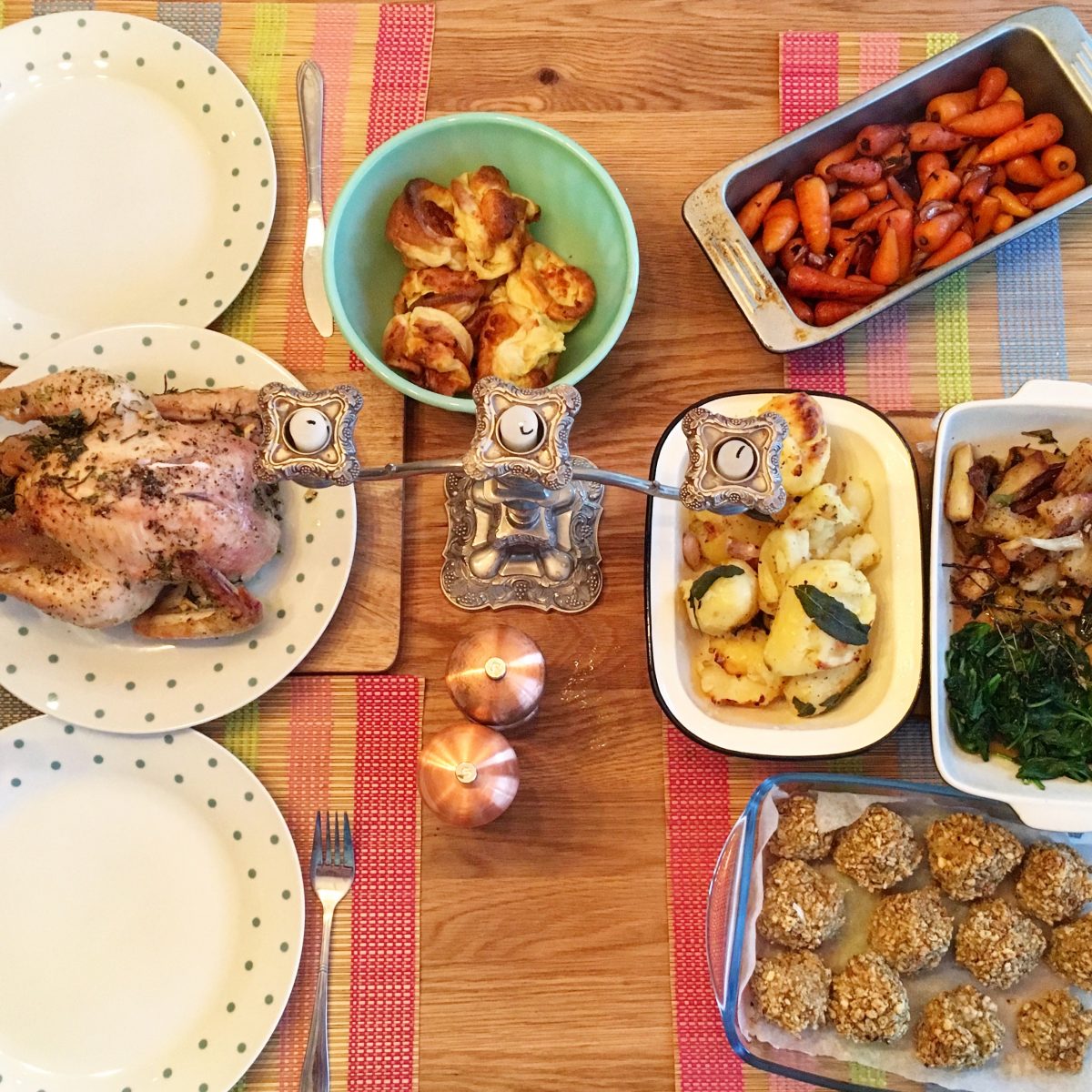 Sunday was full of delicious food as Adam wanted to attempt to cook his first roast dinner. With Jamie Oliver cookbook in tow, he spent a few hours in the kitchen putting everything together. Oh. Man. It was good, there were no parsnips left they were that amazing. We had enough for dinner the next night and lunch for two days, bonus. 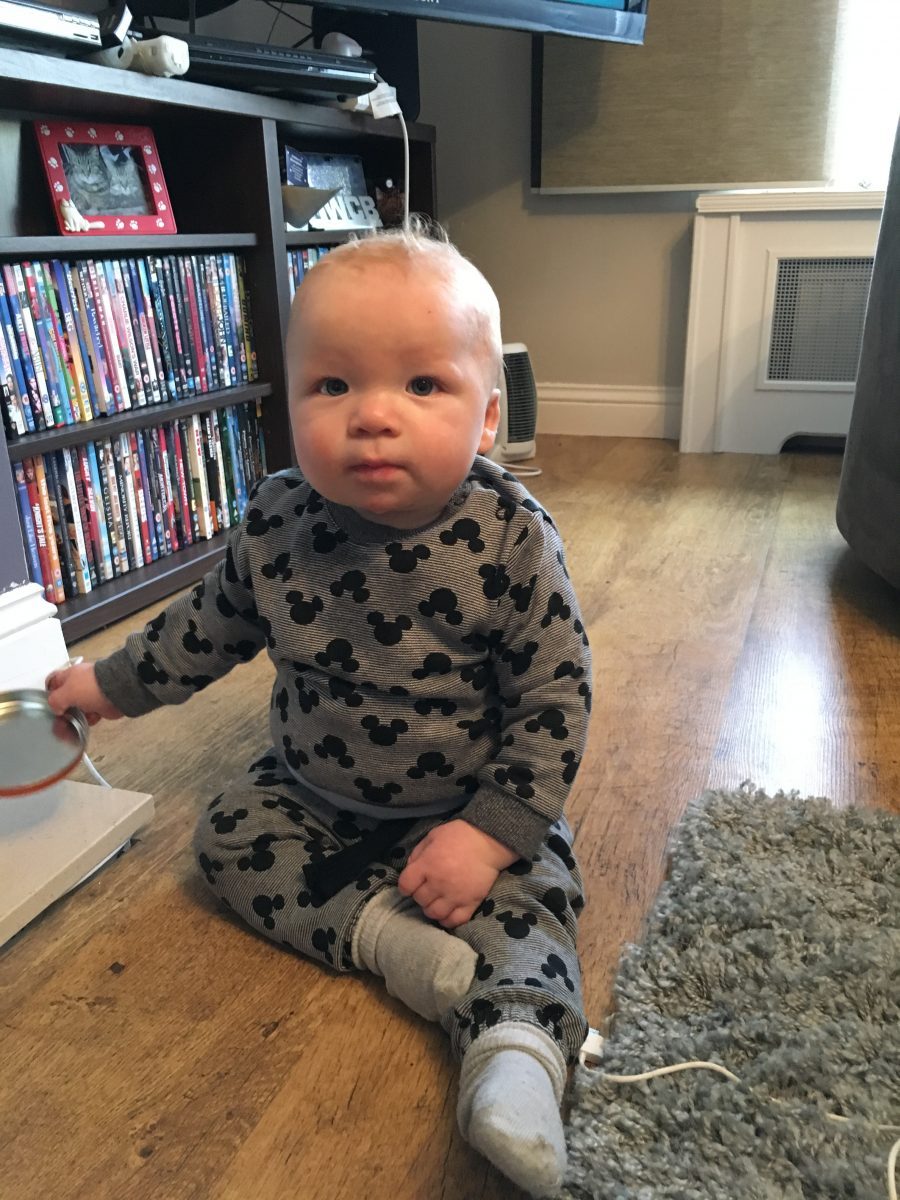 Tuesday saw us babysitting our little nephew for a few hours while his mom, dad and big sis went to see a movie. He is the drooliest baby, and was a little star when we took him to the nice Indian restaurant we went to for dinner. If you live in Doncaster, get yourself to Spice and Ice in Wheatley, even if you’re not from Doncaster it’s worth a trip! Fine dining but not pretentious, the decor and food both were amazing. 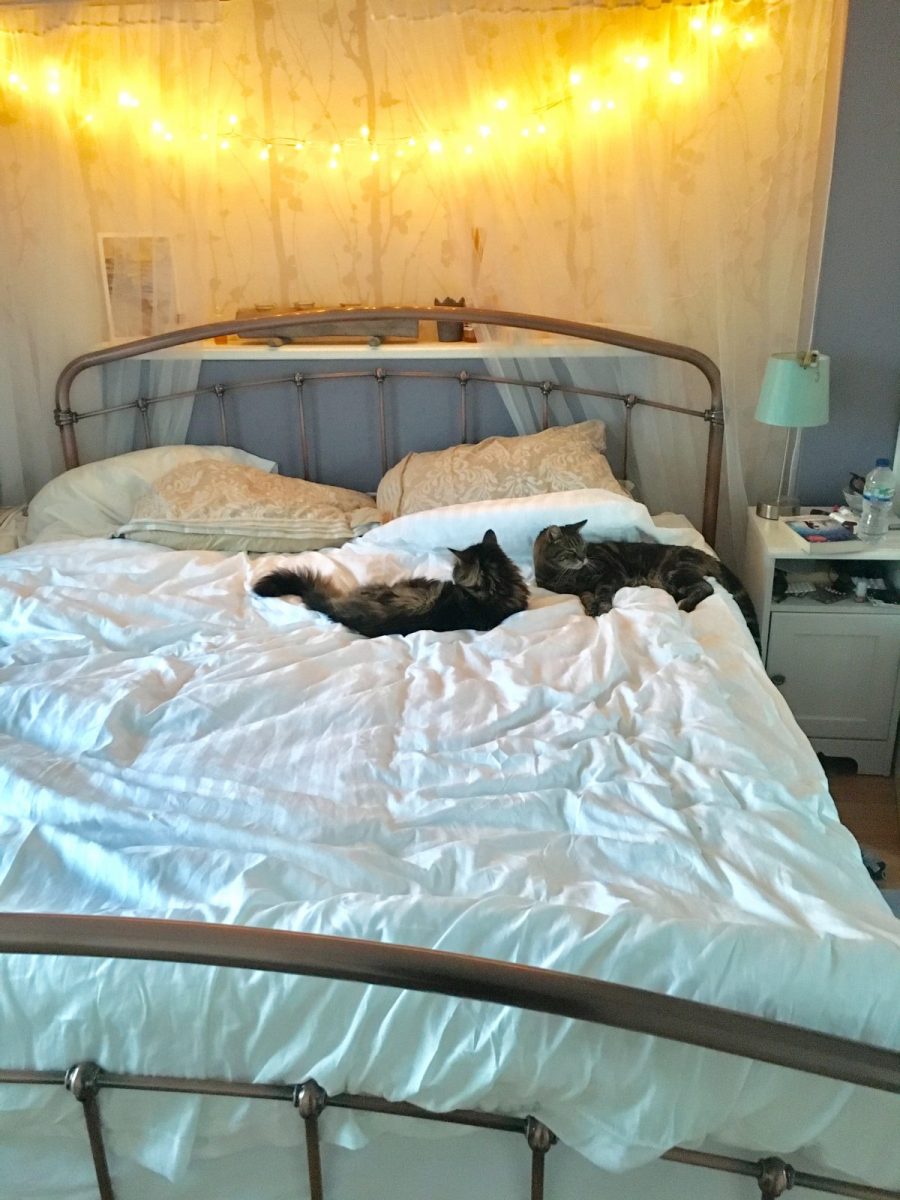 The biggest news (the most exciting to me rather) is that we’ve got a new bed!! Now, I was going to wait until we’d gotten our nice duvet cover to share a photo but who knows when that will be. Let’s just say I never want to order anything from NEXT again. We ordered our bed, mattress (with interest free payments for two years which is how we could do it), duvet cover, fitted sheet and pillowcases all from NEXT. The bed and mattress were delivered Wednesday and I was told by email I could pick the bedding up from in store that night. Awesome!

What was not awesome is that a hole wasn’t drilled in quite the right place on the frame and instead of taking half an hour to put together, it took two and a half and a lot of swearing and screaming. Another snag was we went to pick up the bedding and only the duvet cover had been delivered, so we just picked up a plain white fitted sheet for now. THEN when Adam went to put the duvet cover on, there was a big rip in it, and as this was 10pm the only place open was Asda, and the only duvet cover they had in super king was white (we’ve already washed it like three times in a week, because, cat hair).

So Thursday it was back to NEXT to return the ripped duvet cover and pick up our fitted sheet and pillowcases. The fitted sheet I ordered was a super king, on the paperwork it said super king, on the sheet it said SINGLE. RAGING. So we just returned the lot and are going to get sheets and pillowcases from Dunelm Mill and already ordered another duvet cover from Asda. NEXT is on my shit list.

The only good thing out of all of this is the bed is together and it is amazing and I never want to get out of it. 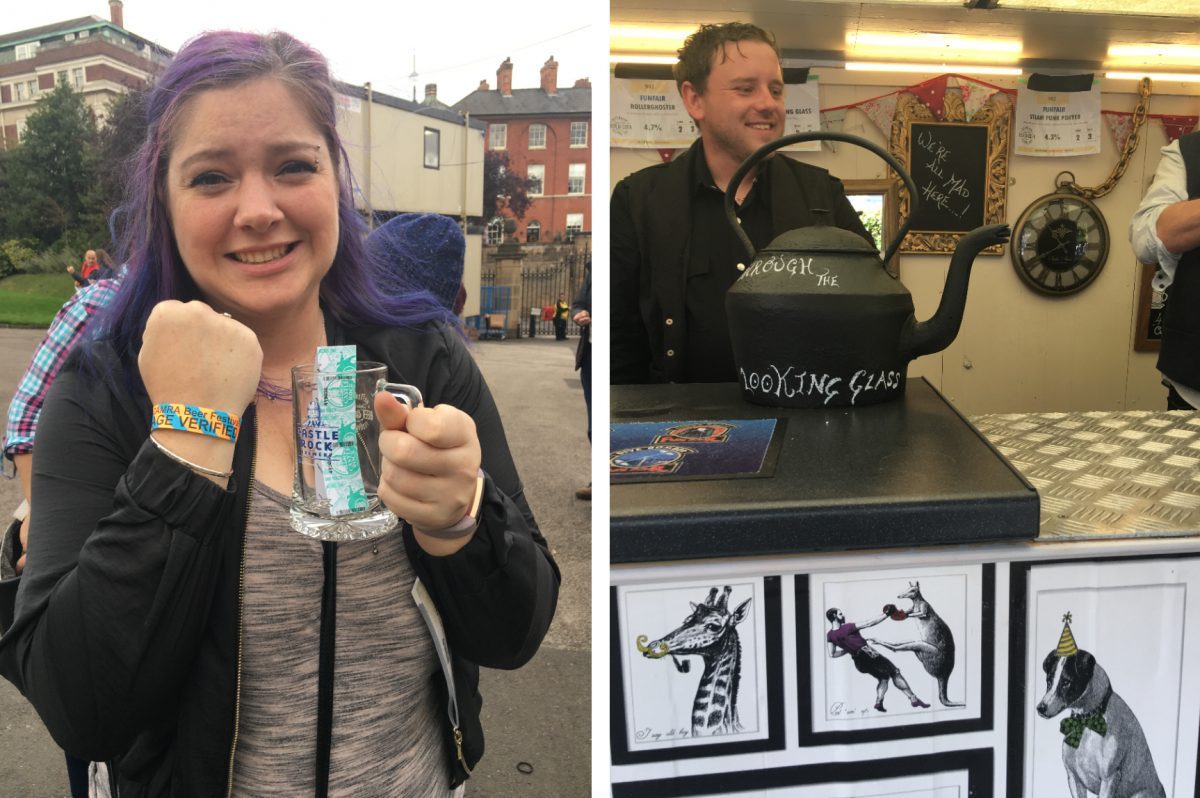 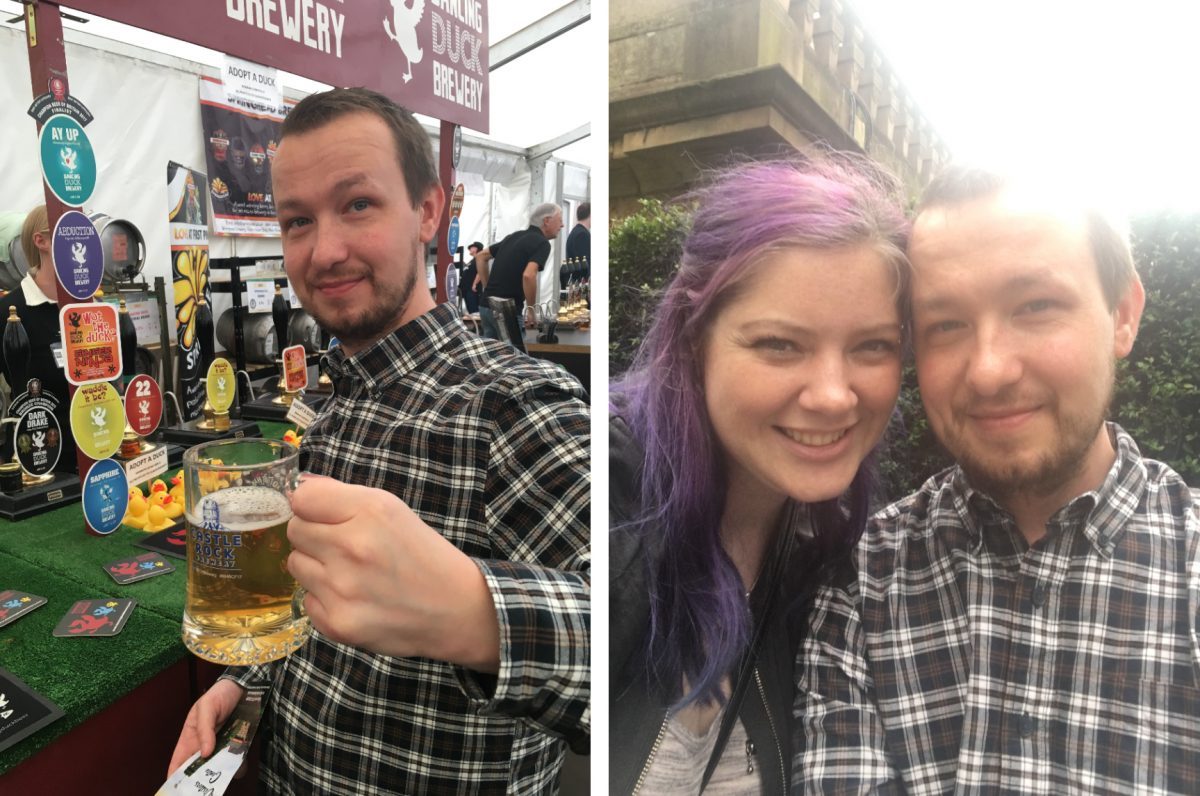 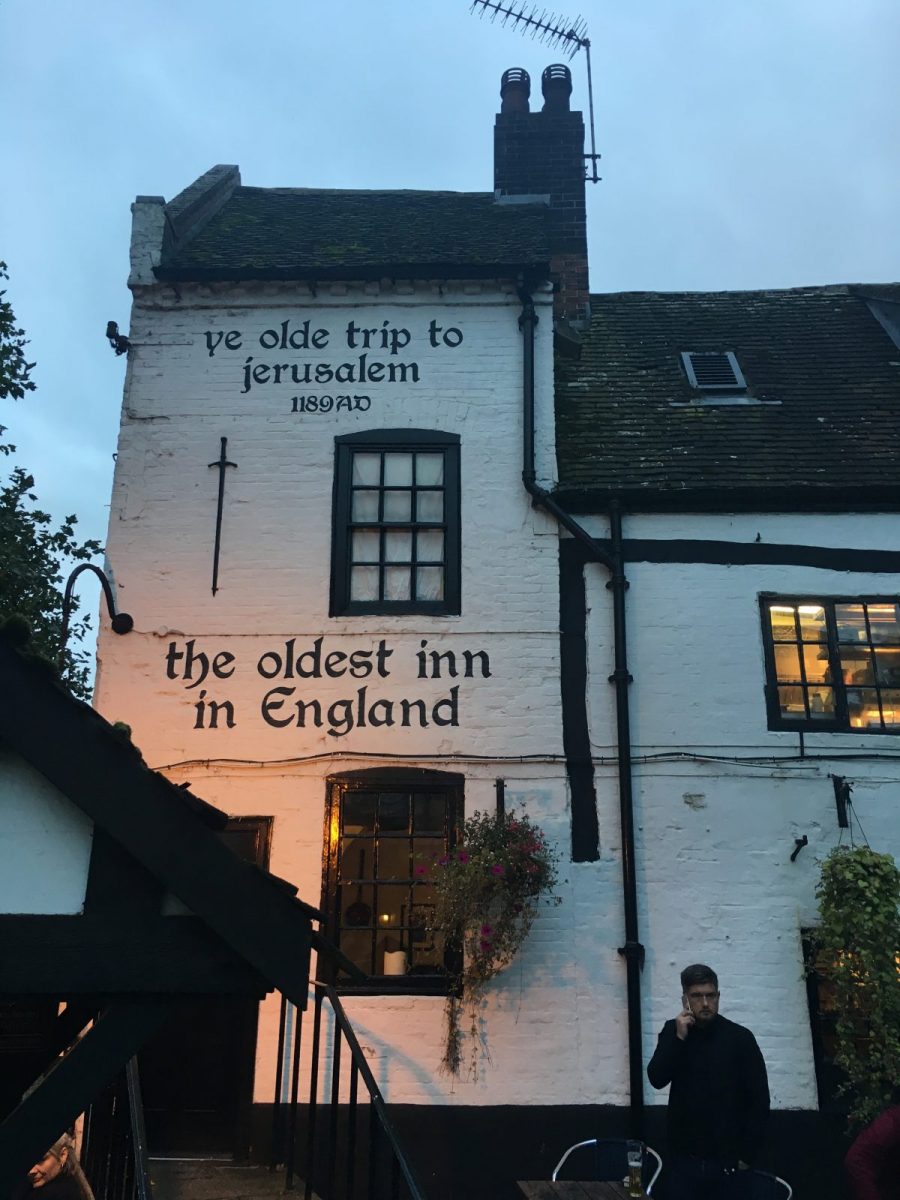 Friday was the highly anticipated trip to Nottingham Beer Festival. Customers have bigged it up for ages and a bus was organised for staff and patrons of the pub I work at and another one. So ten of us hopped off to drink all the beer. Upon arriving myself and another girl got Id checked, which is funny as I’m 32 and she’s 34. Whatever I’ll take it!

Nottingham beer festival is a beer and cider lovers paradise, hundreds of different beers (mostly cask, so not ideal if you want keg)   and plenty of ciders to keep you going all day. The food choices were brilliant as well, paella, quesadillas, cheese toasties, and more. We opted for the most delicious pirogies. Not to mention it’s in the grounds of the castle and you get some great views over Nottingham!

Before we headed back to Doncaster we stopped off at a few cool pubs that were quite close to the festival grounds, including what claimed to be the oldest inn in England. I’m always dubious of these, as I’ve been to several of the oldest pubs/inns in England. They can’t all be! It was really cool nonetheless with little cavern like places to sit and sup your drinks. 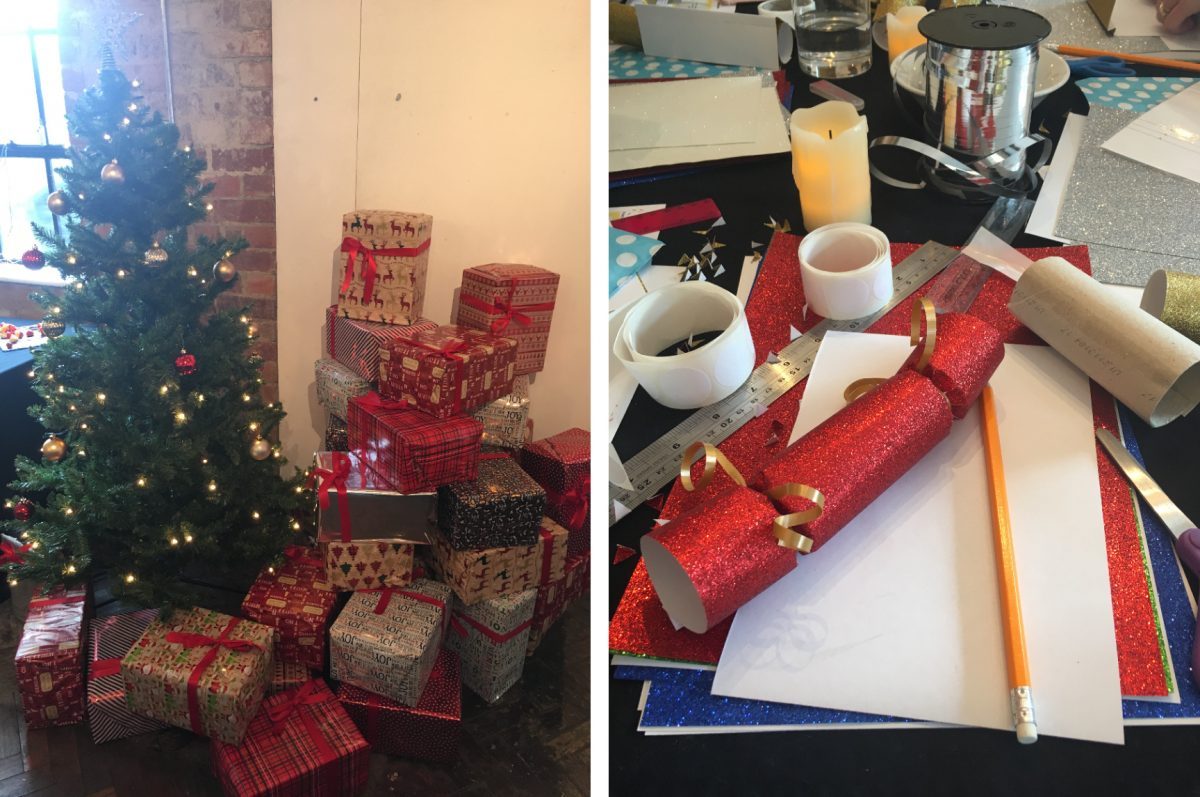 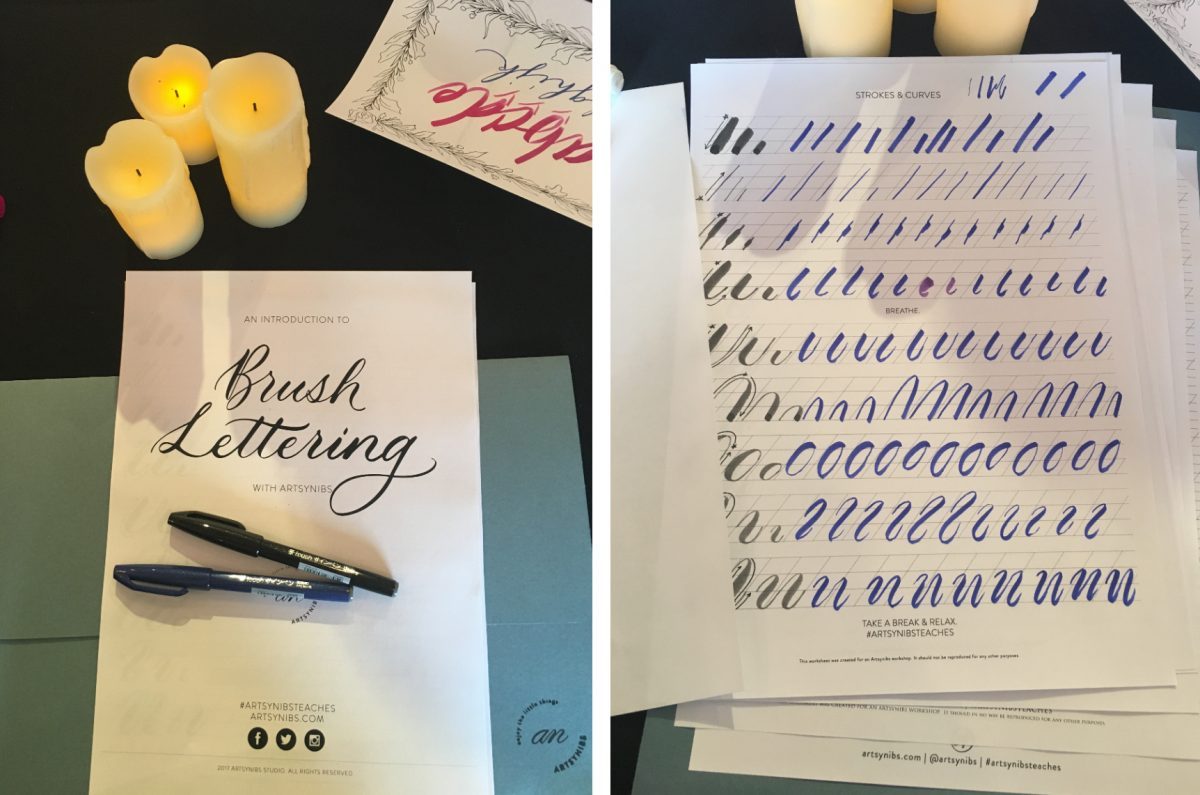 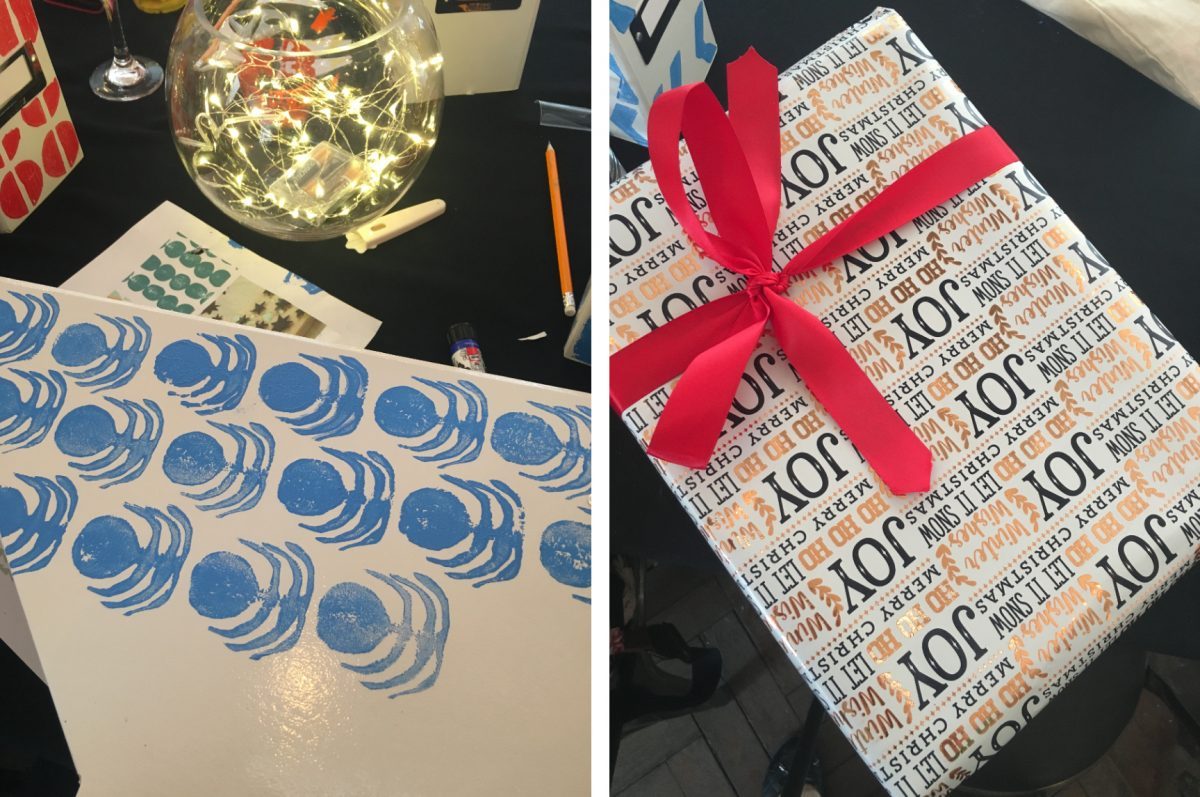 Saturday before work I’d been invited to a Christmas Craft event in Leeds with Viking, where we made Christmas crackers, learnt brush lettering, and made our own block print stamp to spruce up a magazine file. Now, you may not know this about me but I freaking love crafting, and I embarrassingly have a whole closet of craft supplies and used to even hoard pieces of string in case I “might use that some day”. So I LOVED this.

I was a bit late because busses were being uncooperative, but I didn’t miss much and easily caught up. It was funny seeing people’s different levels of craftiness, but everyone was really trying and some were truly exceptional. I so wanted to be good at brush lettering but I just couldn’t crack it on the day. I spent Sunday night practicing though and have gotten better. I’m even so optimistic that I’ll be good that I bought some different coloured brush pens off the Viking website. 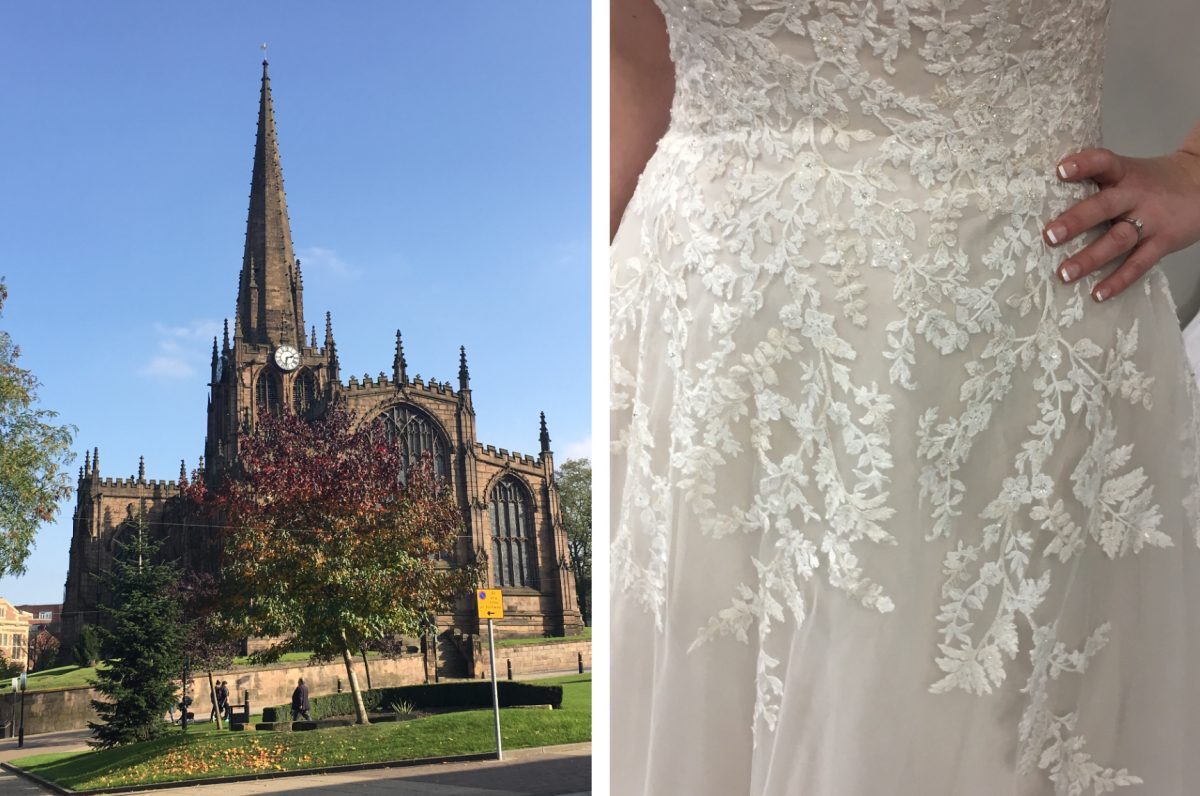 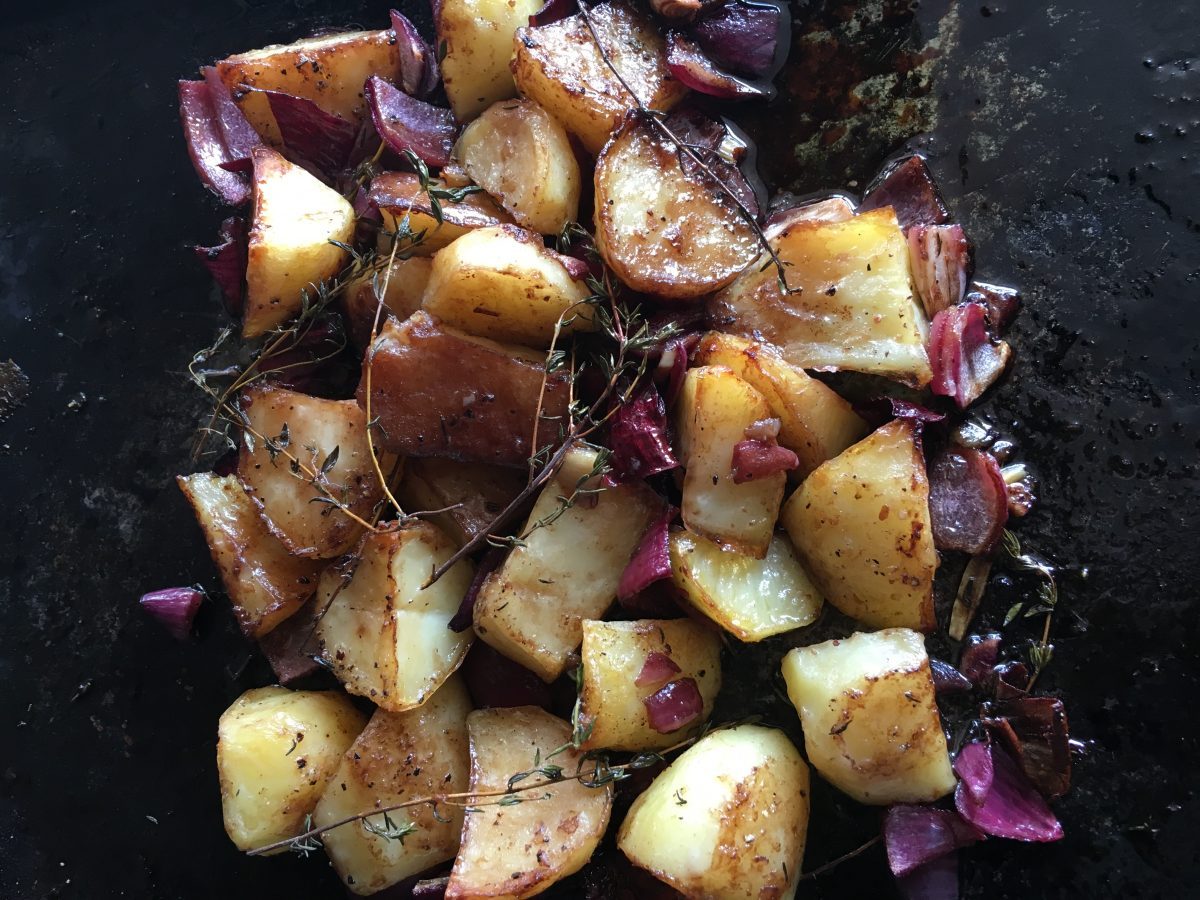 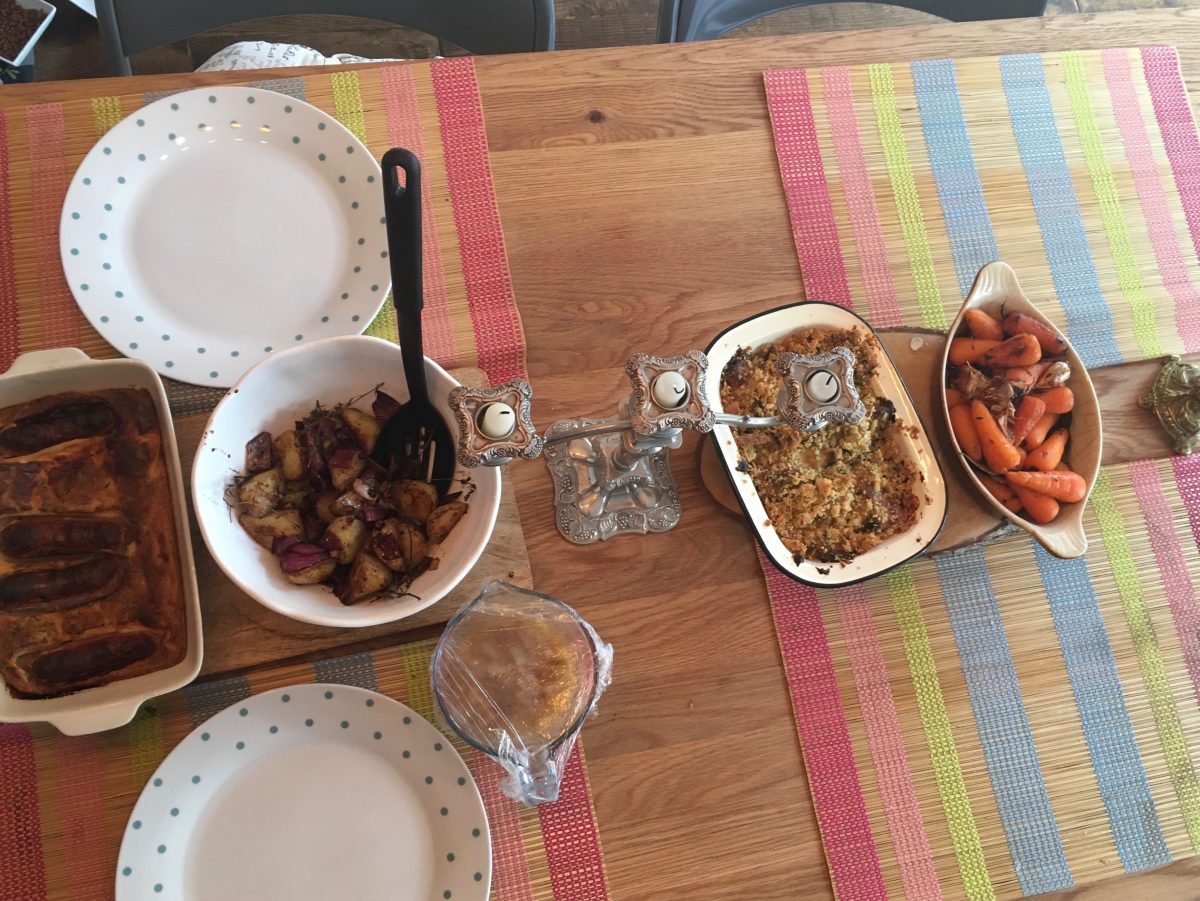 Sunday morning my friend Bev picked me up, we grabbed her mom, and met the two other bridesmaids Jenny and Amy in Rotherham for wedding dress shopping. Like most brides, Bev had a clear idea in her mind of what kind of dress she wanted so we told her to just be open to trying on anything. Also like most brides she went with something completely different! Dress pictured isn’t the one she got so there’s no spoilers.

I arrived home hours later to our house smelling like  gourmet restaurant. Adam outdid himself again and made toad in the hole, balsamic potatoes, cheesy cauliflower and broccoli, and honey glazed carrots. Not a diet meal but worth every calorie. I single handedly ate most of the cauliflower it was so good with ground almonds added in. I think I’ll keep him around!

Phew, that was a catch up and a half. Also why I’ve been super busy! This week is shaping up to be pretty great too, and it’s only Tuesday, so catch up again same time same place next week.