Oh hi! It’s been a while, and I’ll explain more later, but for today I want to tell you about a fun spontaneous trip we had a couple weekends ago where we ended up in one of England’s plague villages, Eyam.

I wanted to write about it straight away so people would have time to go and visit if they found themselves in Derbyshire, but it just so happened the server my blog was on crashed, taking this little space with it. That’s why this years posts have no photos in them at the minute, I only had a backup from December (stupid me) so I had to restore cached versions and add the photos back in when I’ve got some time. GAH. Could have been worse, I could have had no backup at all. Silver linings.

Back to the story. It started out with an end goal of some hiking trails just past Buxton, with a planned stop off at Buxton tap room on the way back. On the route we came across Eyam, to which the three British people in the car had memories of visiting as kids as it’s a village where people died from the plague in 1665-1666. The story goes that a widow remarried a taylor in the village, and material was ordered from London where the plague was running rampant, and it arrived damp and laid out to dry. This released plague carrying fleas and people who came into contact were dead within days. Some people fled, but they were afraid this would spread the disease so the villagers were asked to quarantine themselves. Food and medical supplies were left at the boundaries on either end of the village in wells. Today, every year the village has a “Well dressing” festival in which the current village occupants get together and create artful masterpieces to set up at each end of the village at the wells. It’s uncertain when exactly this tradition began, but it can be traced back to the second world war.

The village actually starts planning what the well dressings will look like in February, with construction starting in August. The clay stored from the previous year is smoothed out into the frames, and then the design is laid on top of it. The volunteers then place petals, seeds and other things found in nature to form the design and push them into the clay. It’s a lot of work and done over days with people often spending several hours at a time rearranging the petals. It’s something to see, the detailing that goes in is incredible!

Not just the wells were dressed up around the town though, there were also displays in people’s gardens, in front of businesses and the information centre, and dotted around the village. 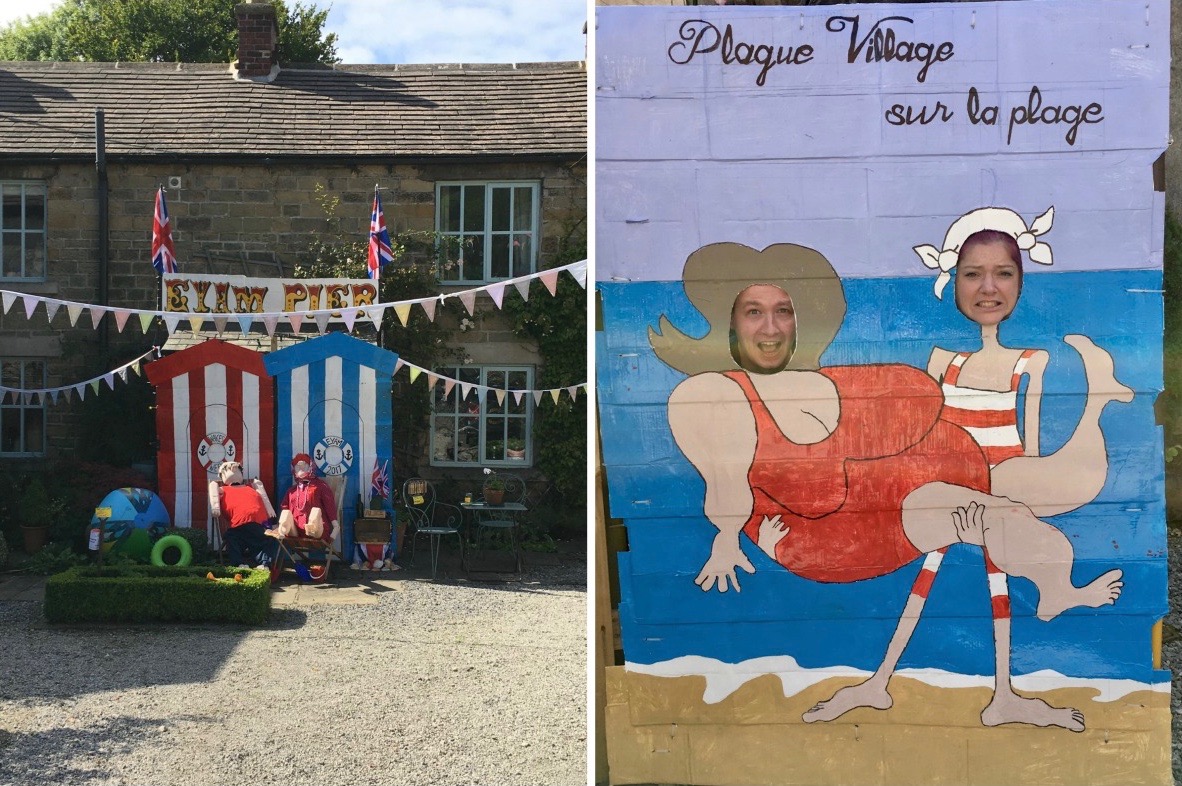 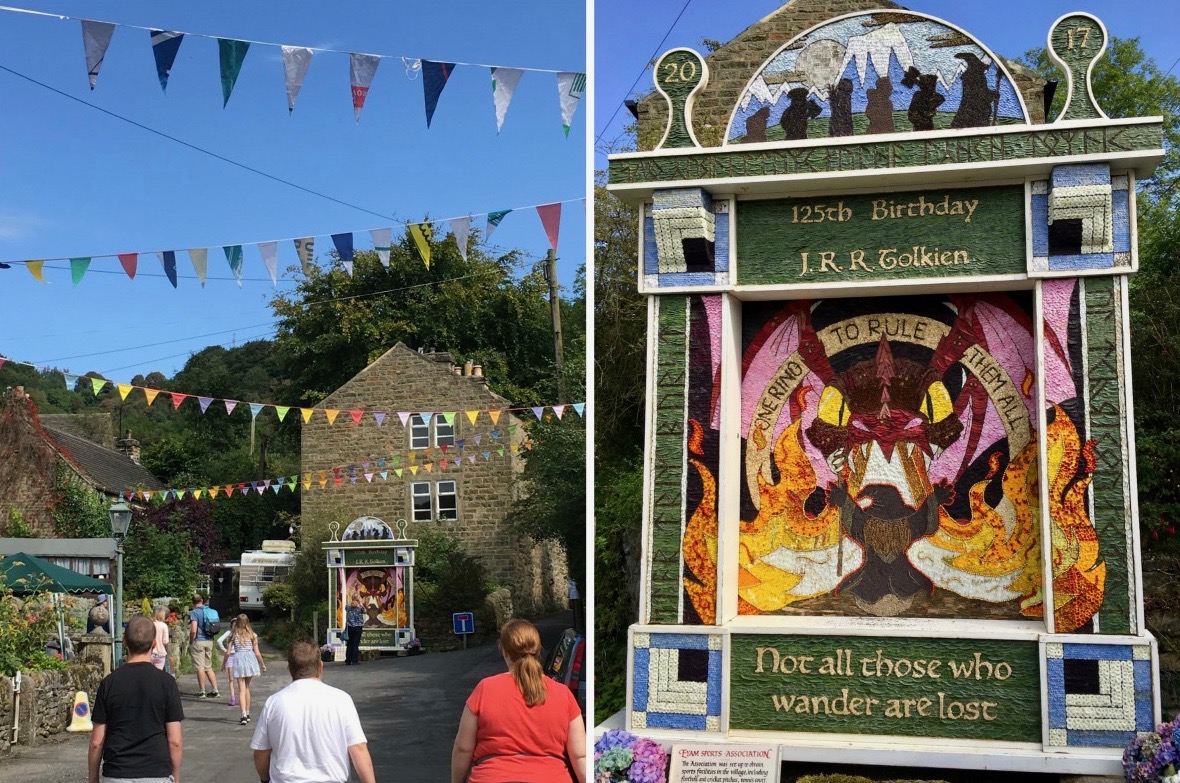 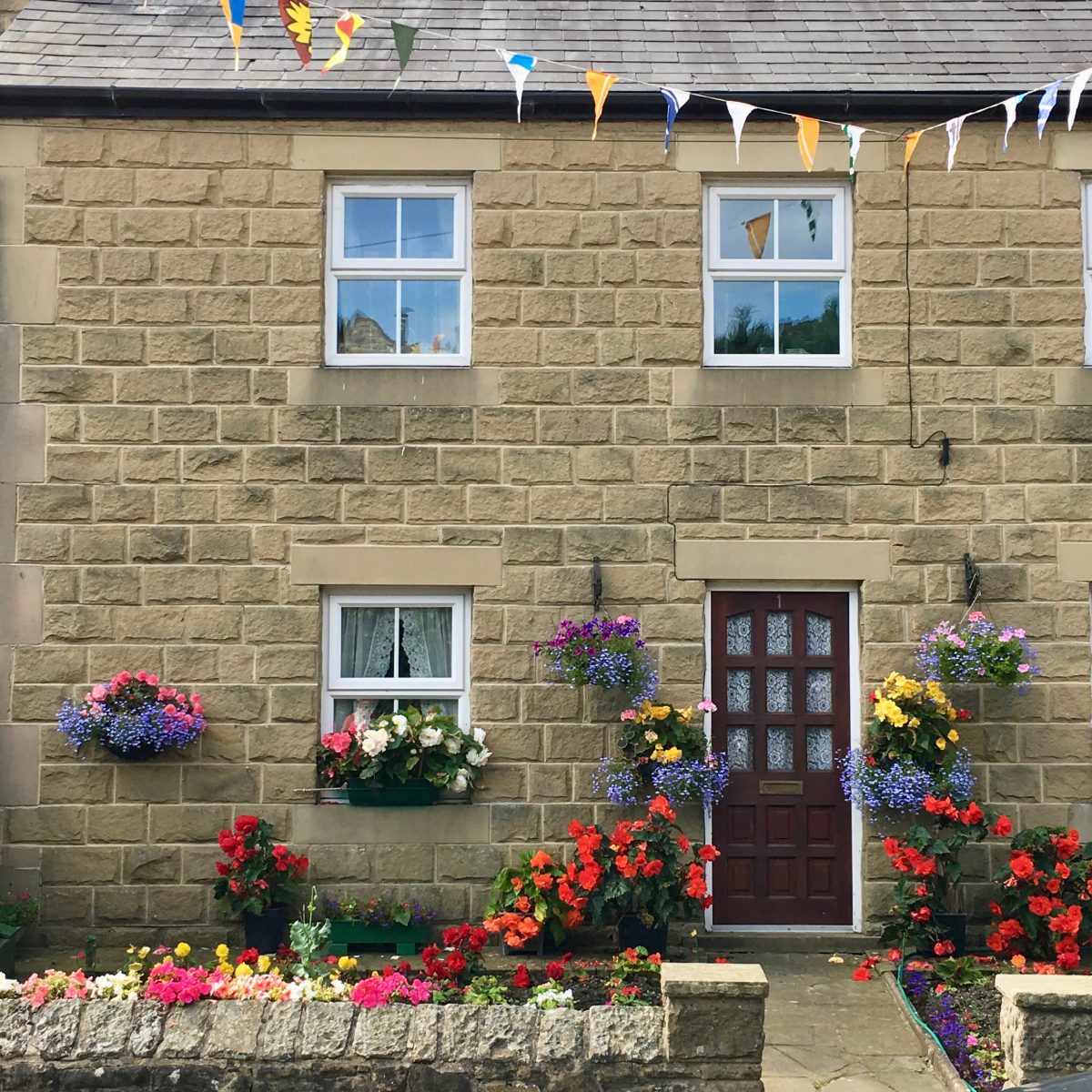 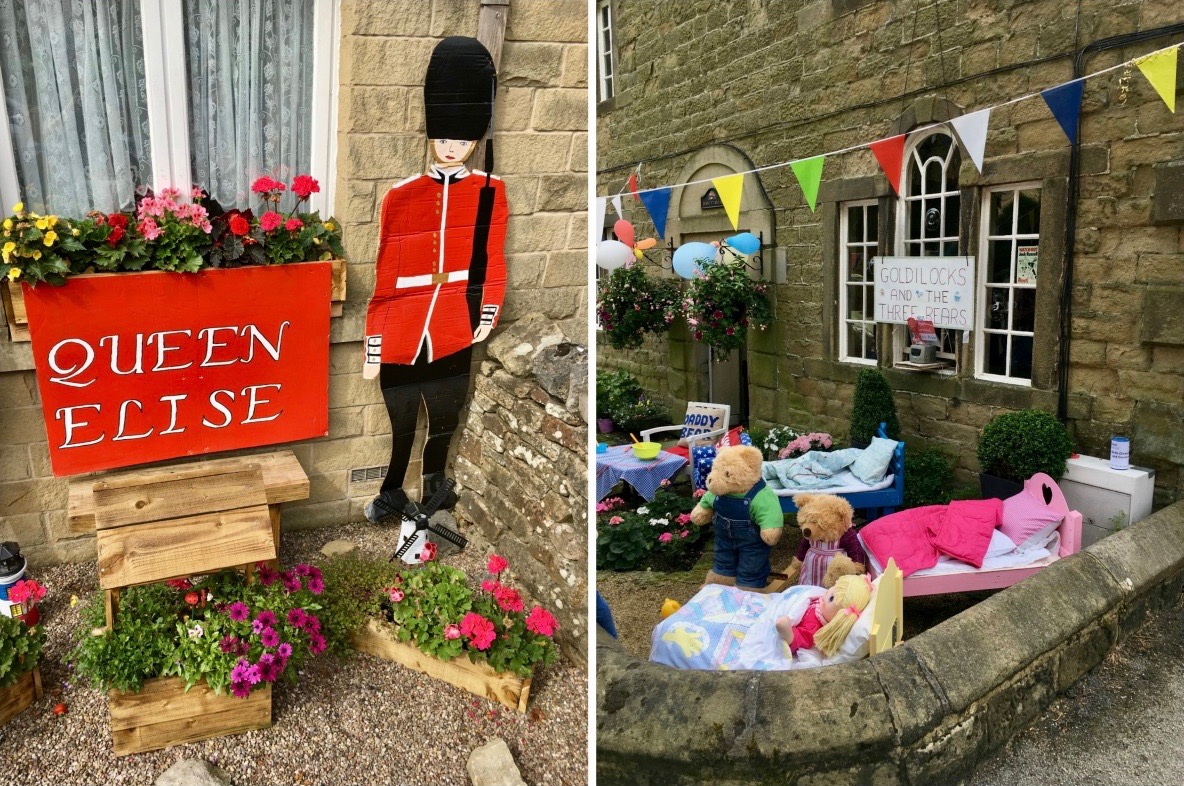 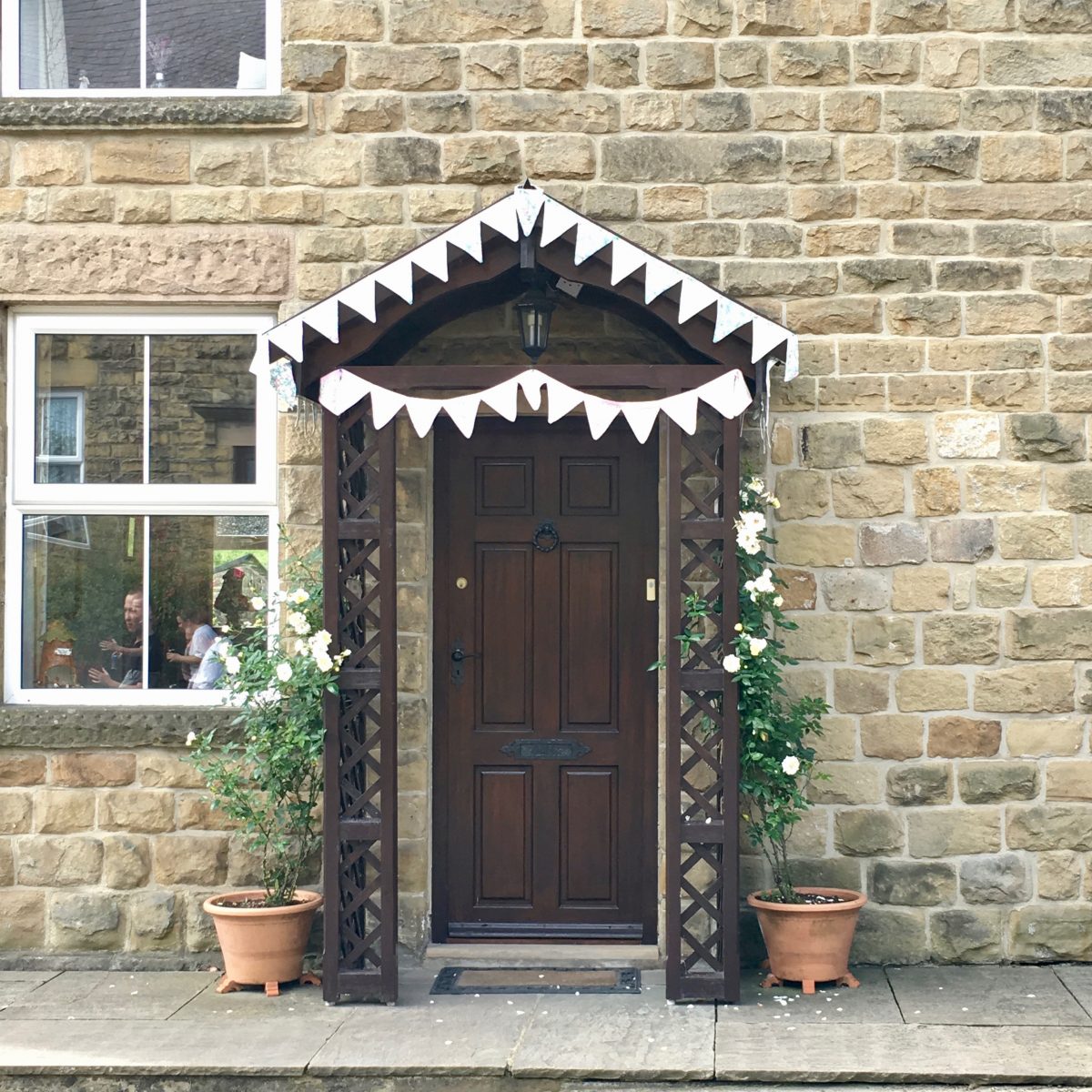 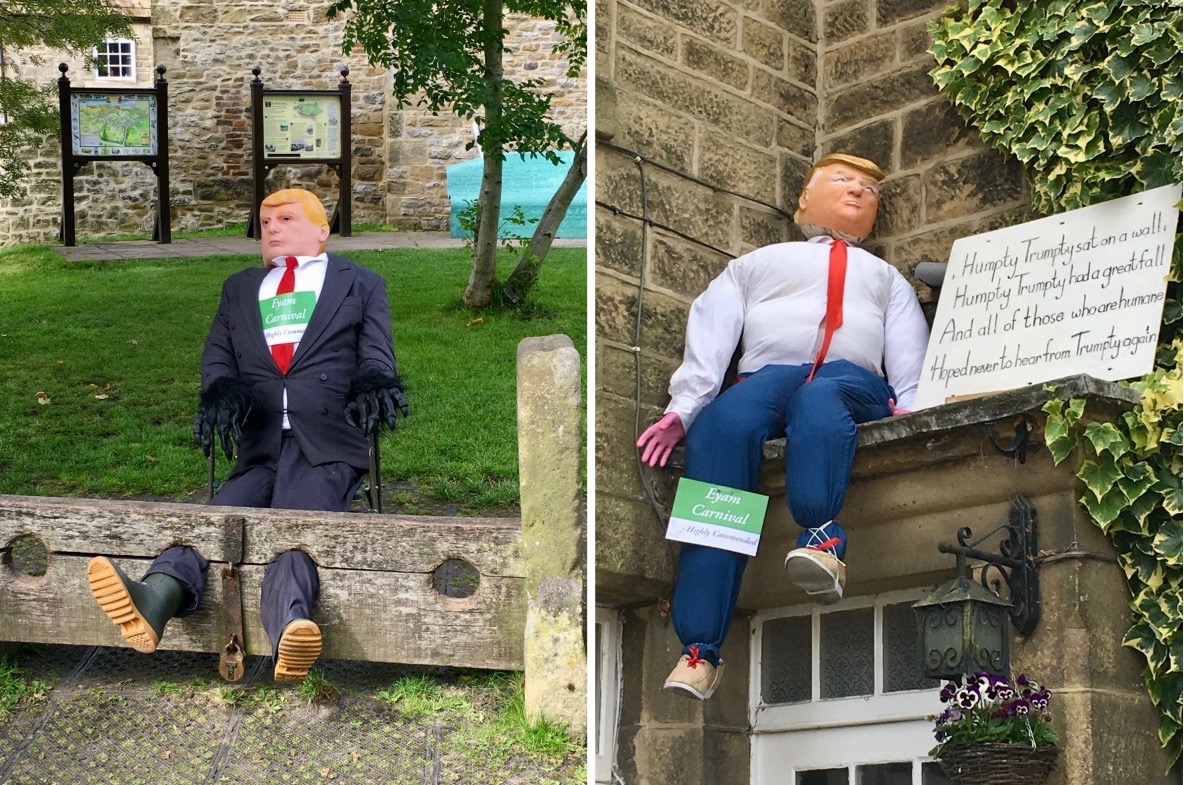 How the village feels about Trump apparently, we got a good chuckle. 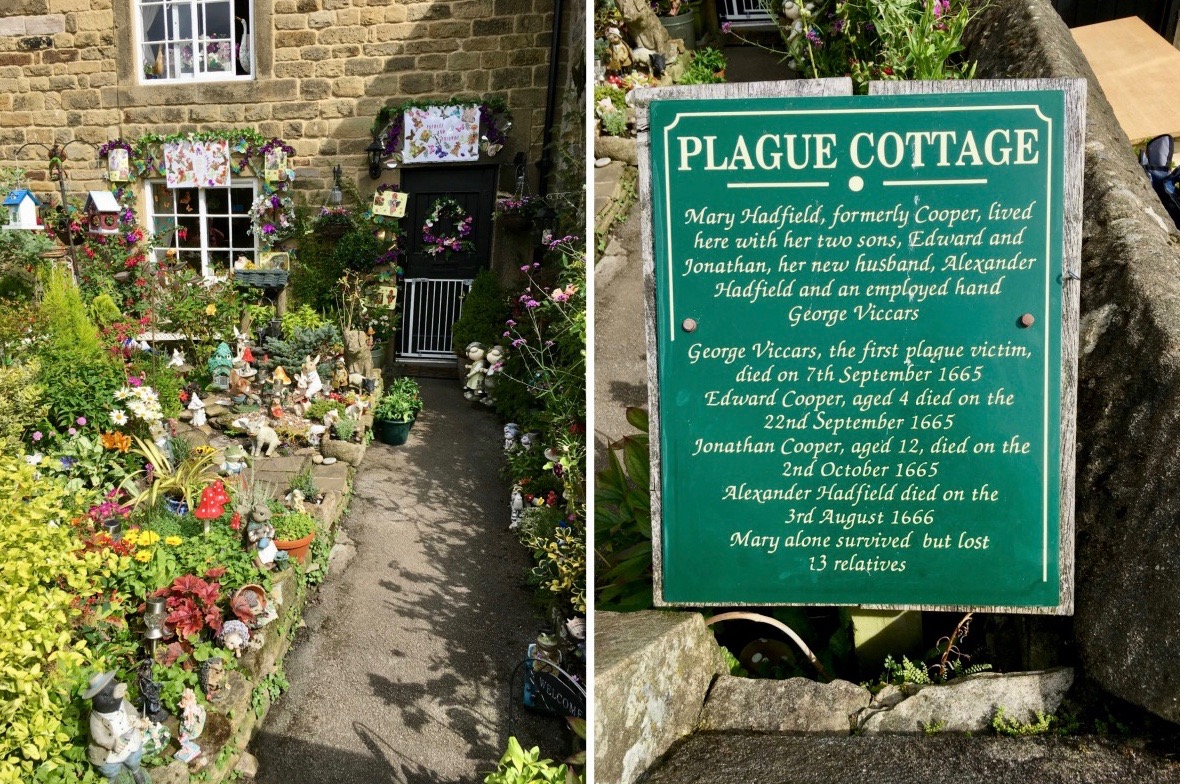 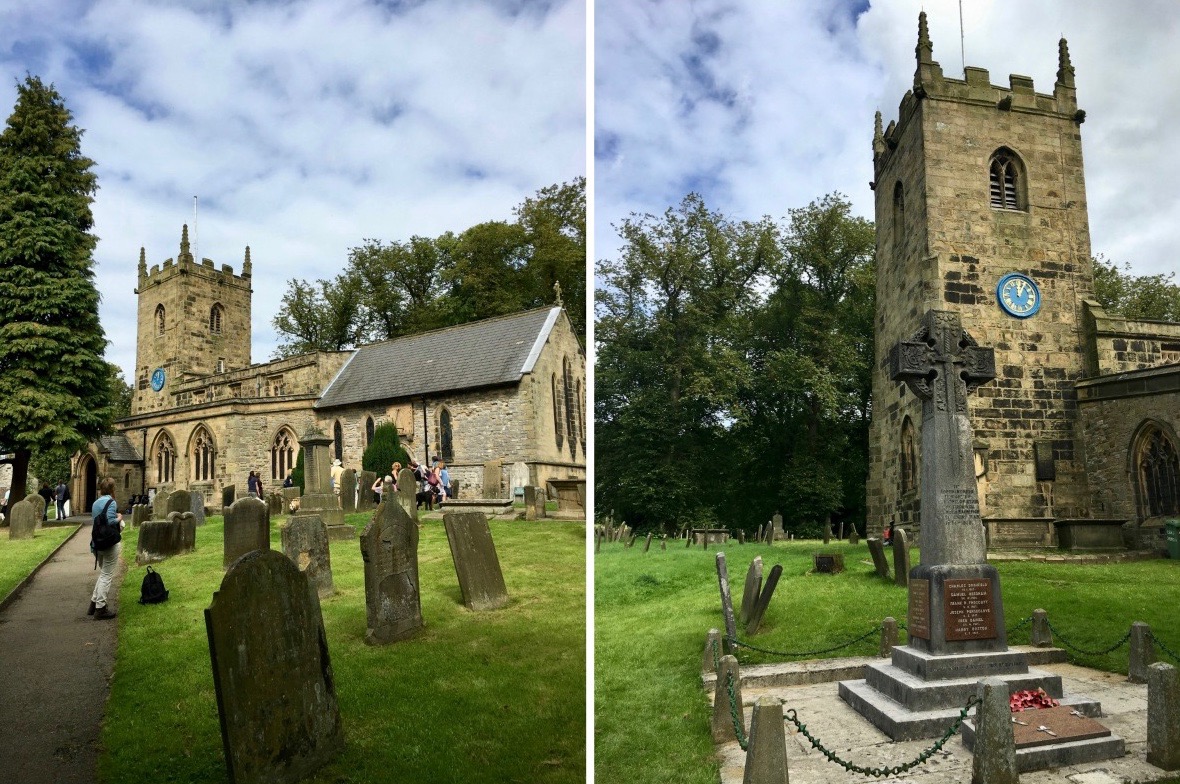 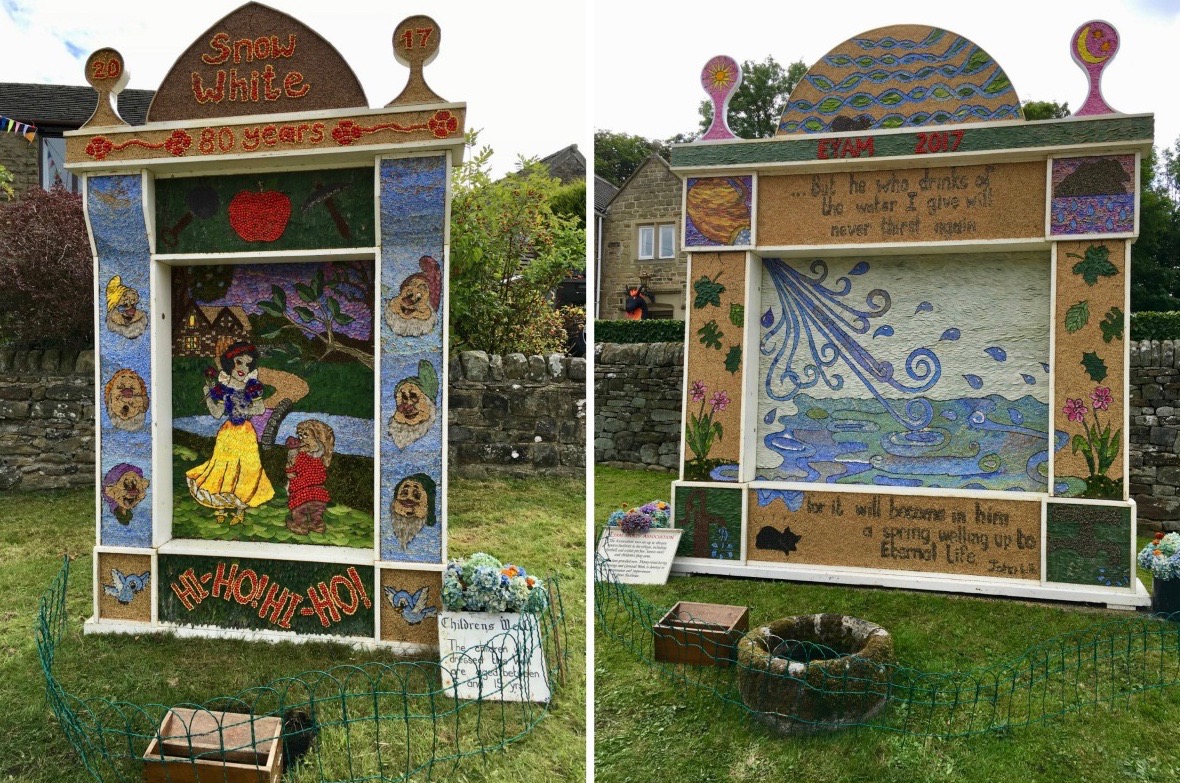 It’s a short walk from one well to the other if you are visiting, and I’ve been told going into the church is worth a visit, but there were services going on when we were there so we stayed outside. It’s the only place I’ve ever been that actually has a FREE public car park, so don’t worry about trying to find spaces to park along the road, just follow signs to the car park.