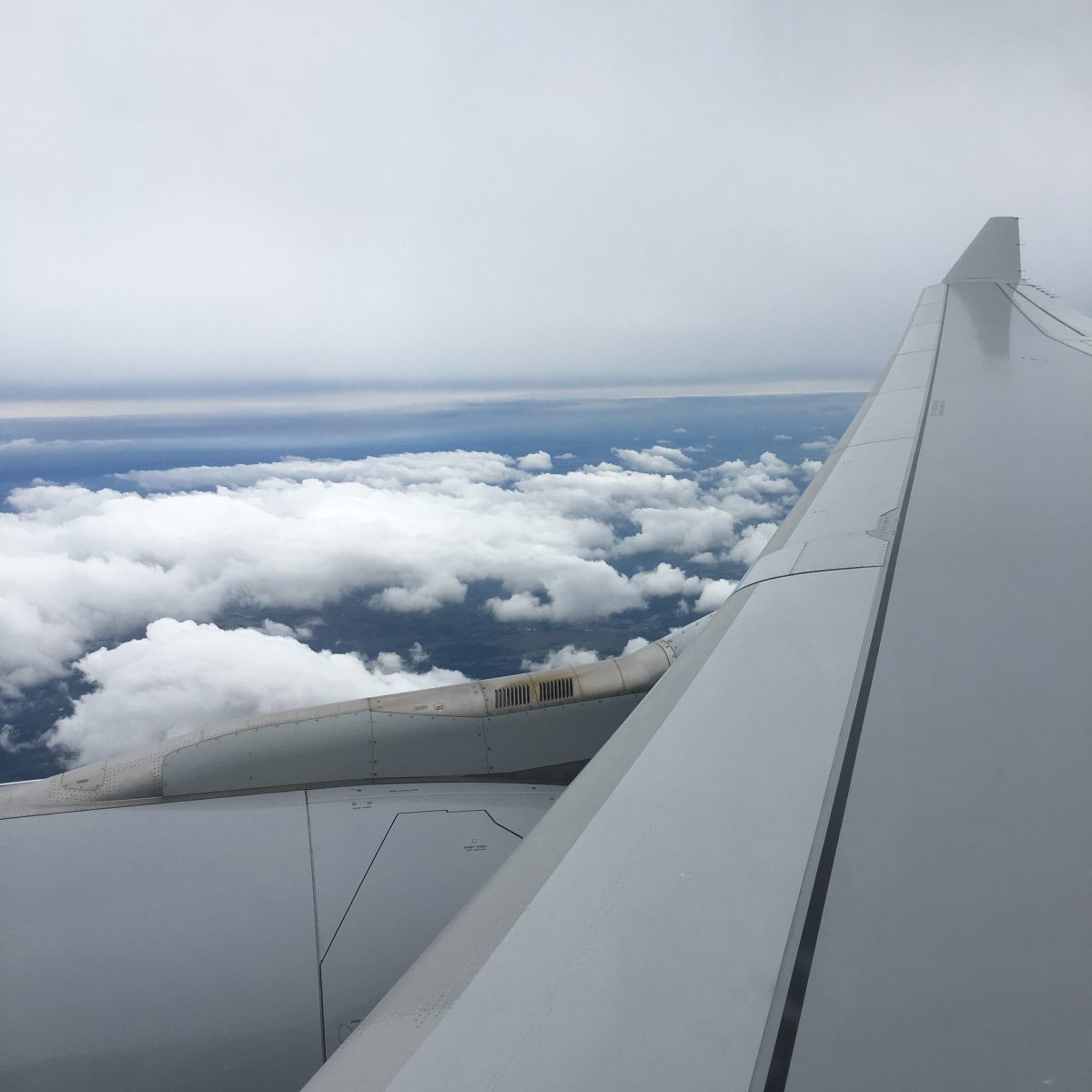 Well I’ve been back in England for a while since this trip, I’ve just not had time to blog about it! I headed back to America for a couple lucky weeks the end of May beginning of June for two weddings and to squeeze in as much family time as possible.That was definitely managed! I normally head straight to New York, but this time I flew into North Carolina to stay at my parents house near the beach for a week before going to my cousins wedding outside Raleigh. It was party central as my aunt and cousin came down for the week, followed a few days later by my other cousin and her husband, my uncle, and my dad and grandpa. Not to mention my best friend in the world Maggie flew down from Long Island for the week, going years without seeing each other is rough man! It was so nice to chill out, go to the beach, enjoy the nice weather, and of course sample the bars on offer with everyone. 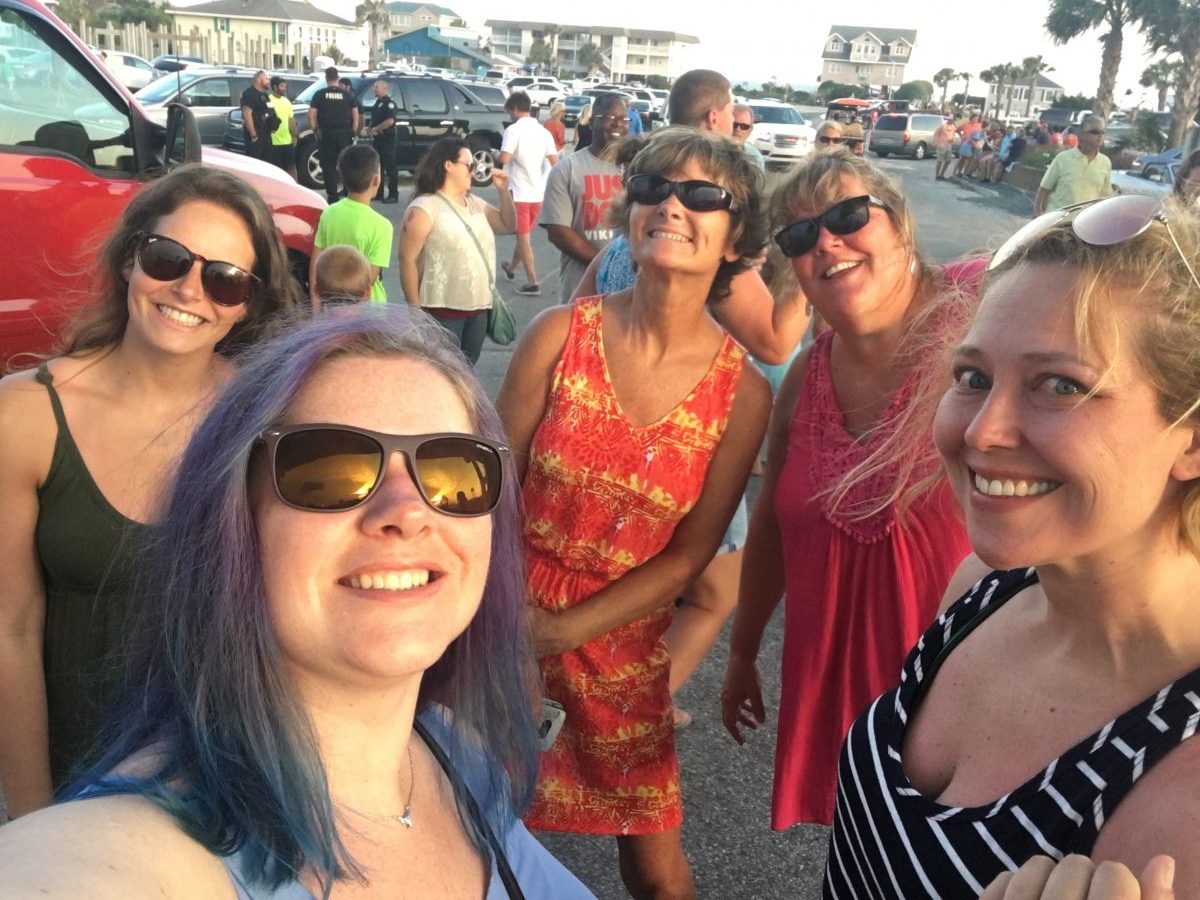 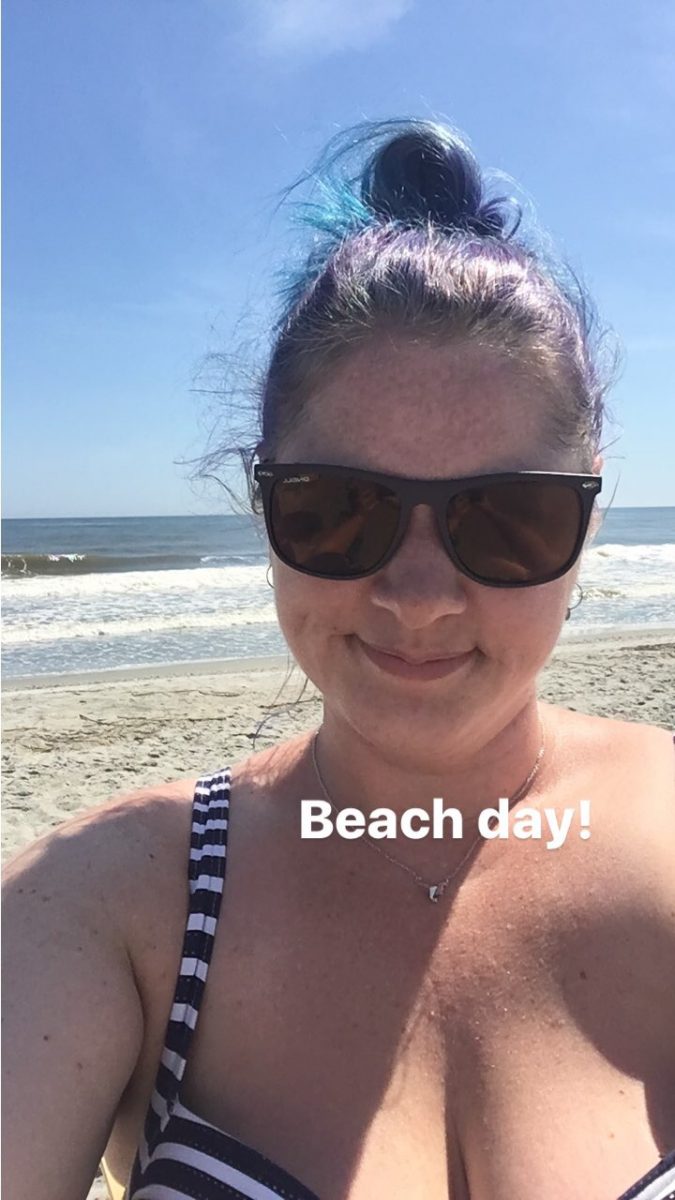 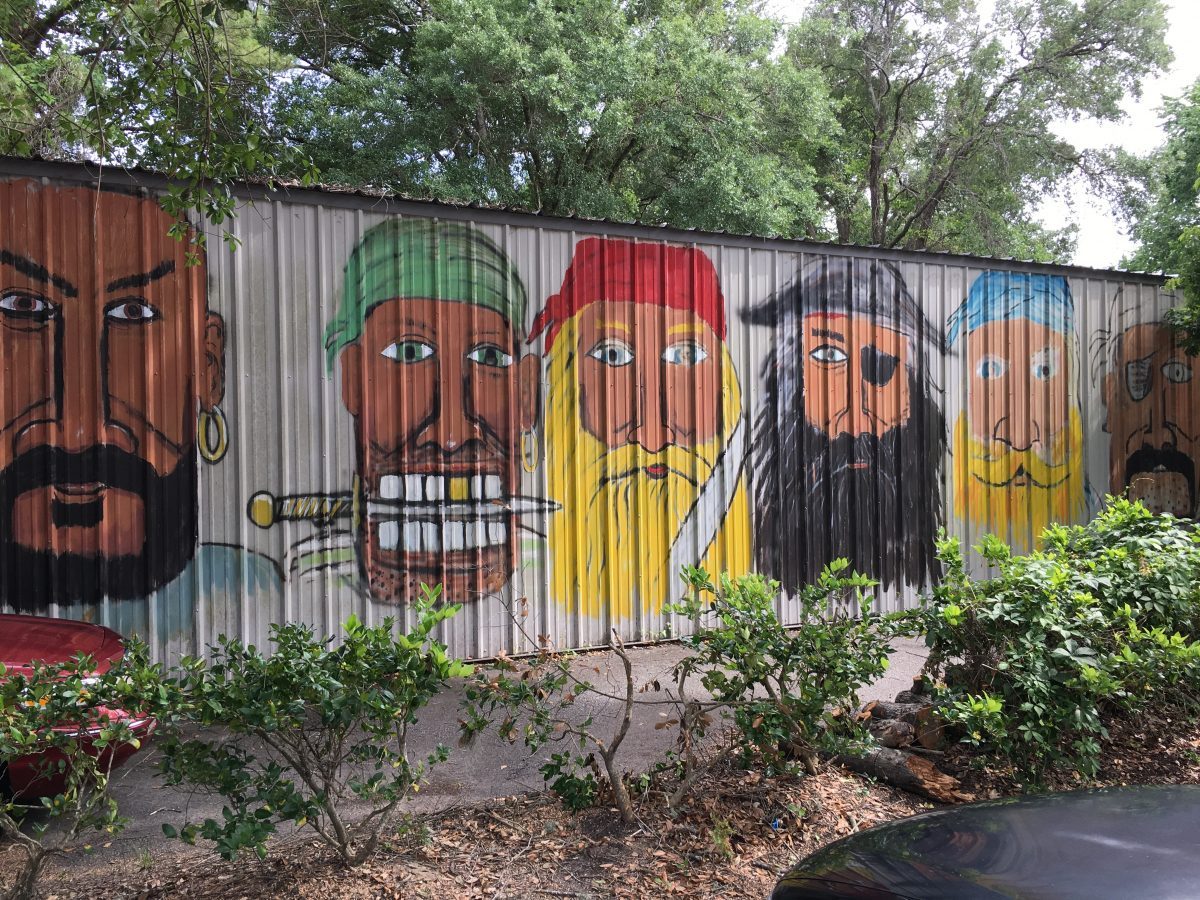 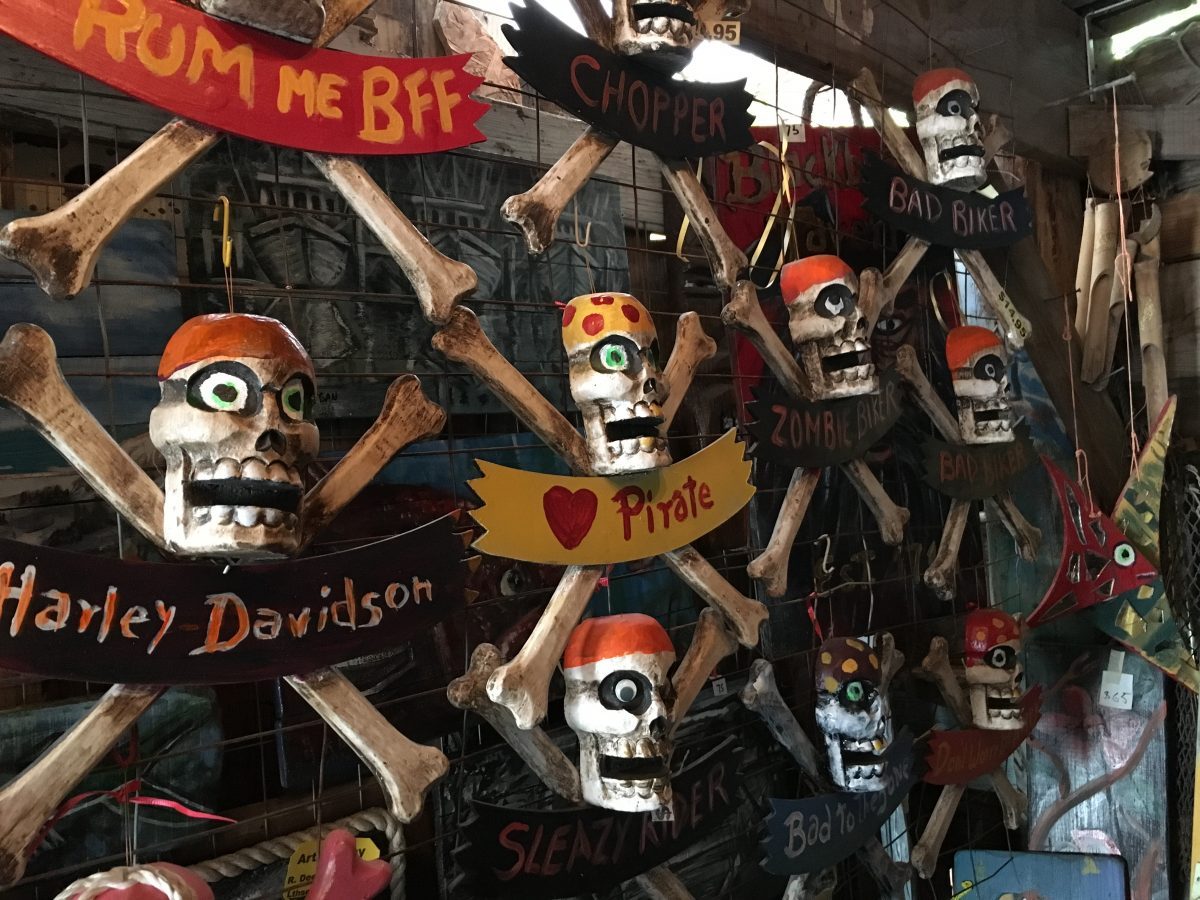 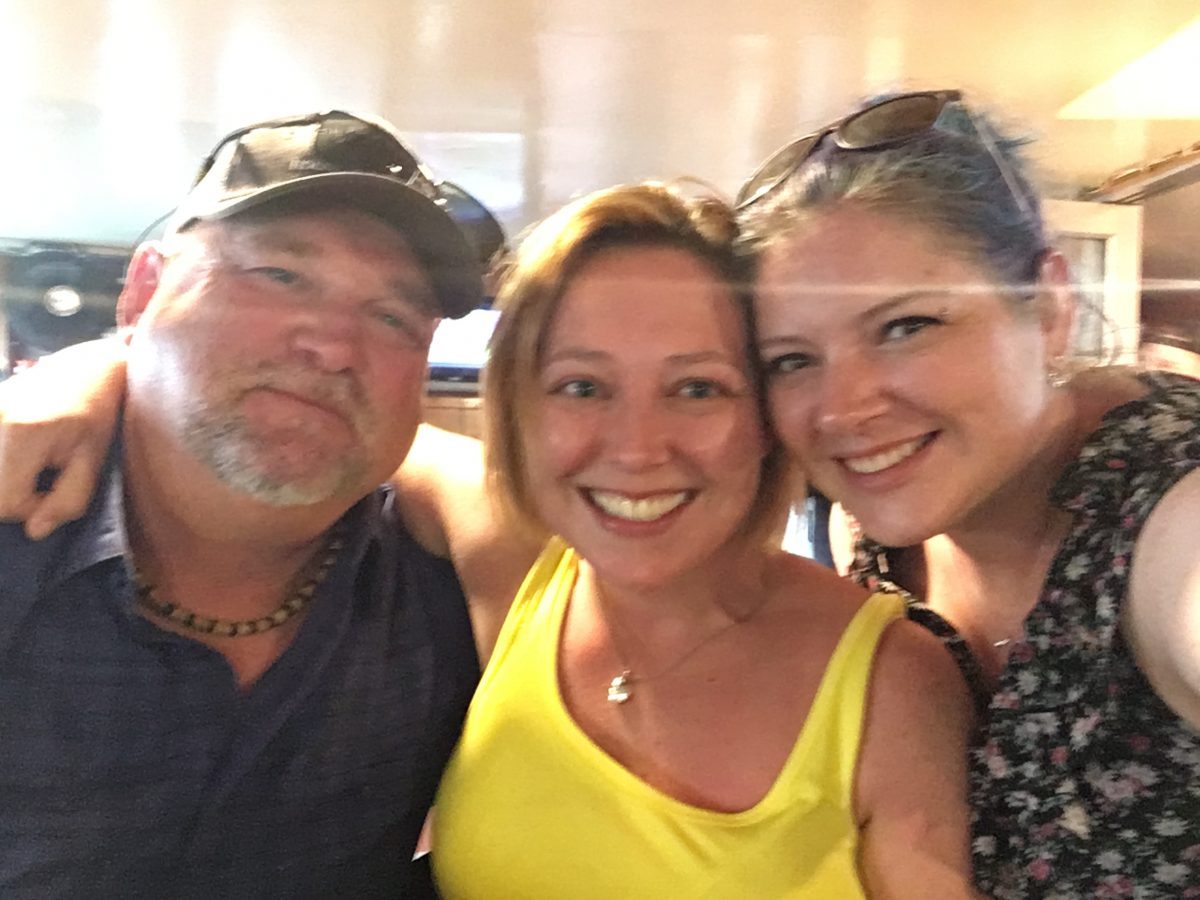 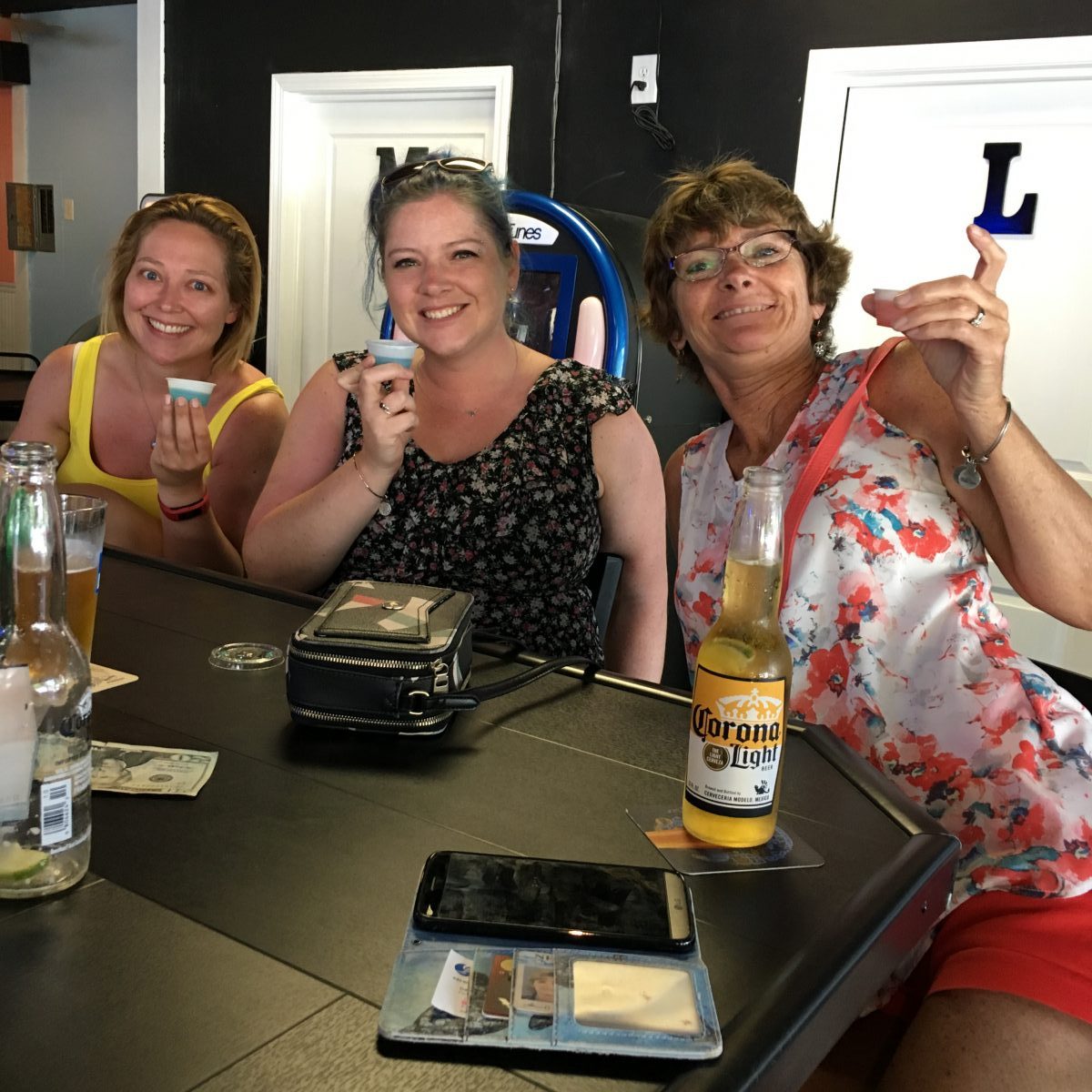 Maggie, myself and my mom. Fun fact – my mom is the queen of jello shots. Making them and taking them, she’s quick like lightening haha. We stopped by a new bar and restaurant in Little River, where there is a little group of restaurants and bars around the inter coastal. Little River is probably most known for their annual blue crab festival, which we missed by a week! Instead we ordered some appetisers/small plates, including this amazing fresh seared tuna. 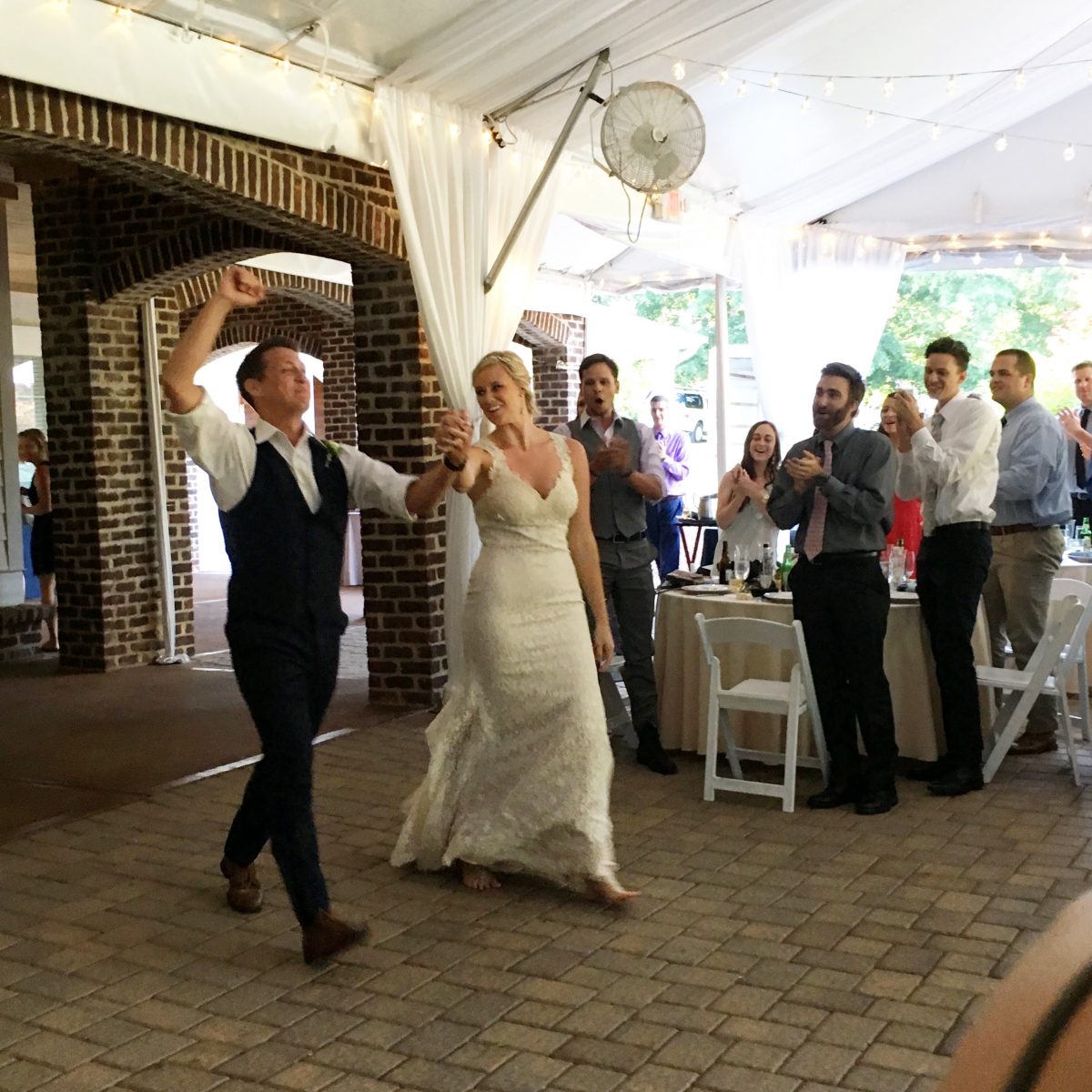 After spending the week at the beach and successfully avoiding a sunburn, it was time to head to Cary to prepare for my cousin Nicole’s wedding festivities. It was an outside wedding on a super hot day, but the fans inside the tent helped tremendously in keeping us a bit cooler. Nicole and Brandon looked great and family weddings are my favourite because normally everyone isn’t all in the same place at the same time, especially our North Carolina family members! 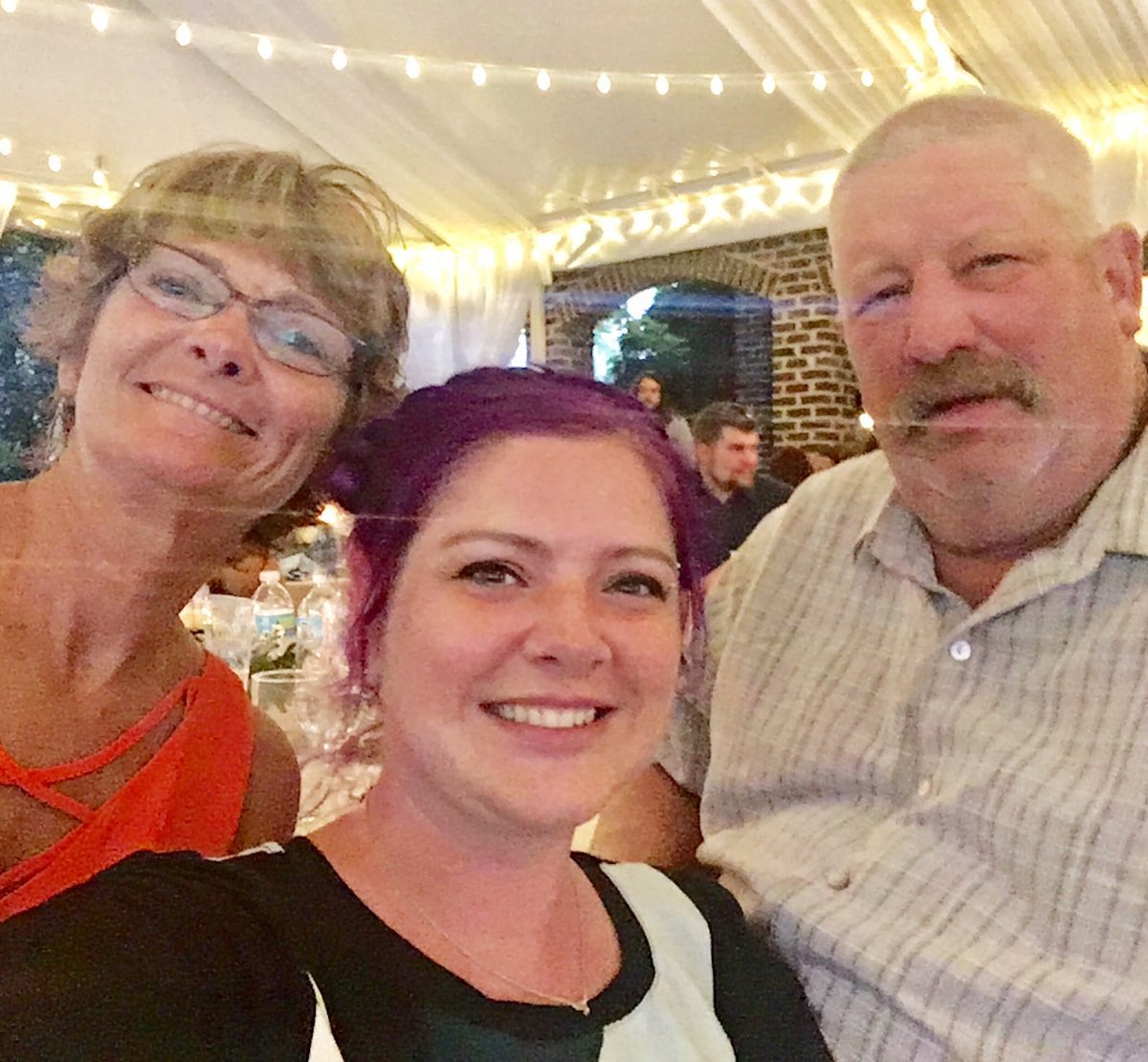 Momma, me and a rare photo of my dad. 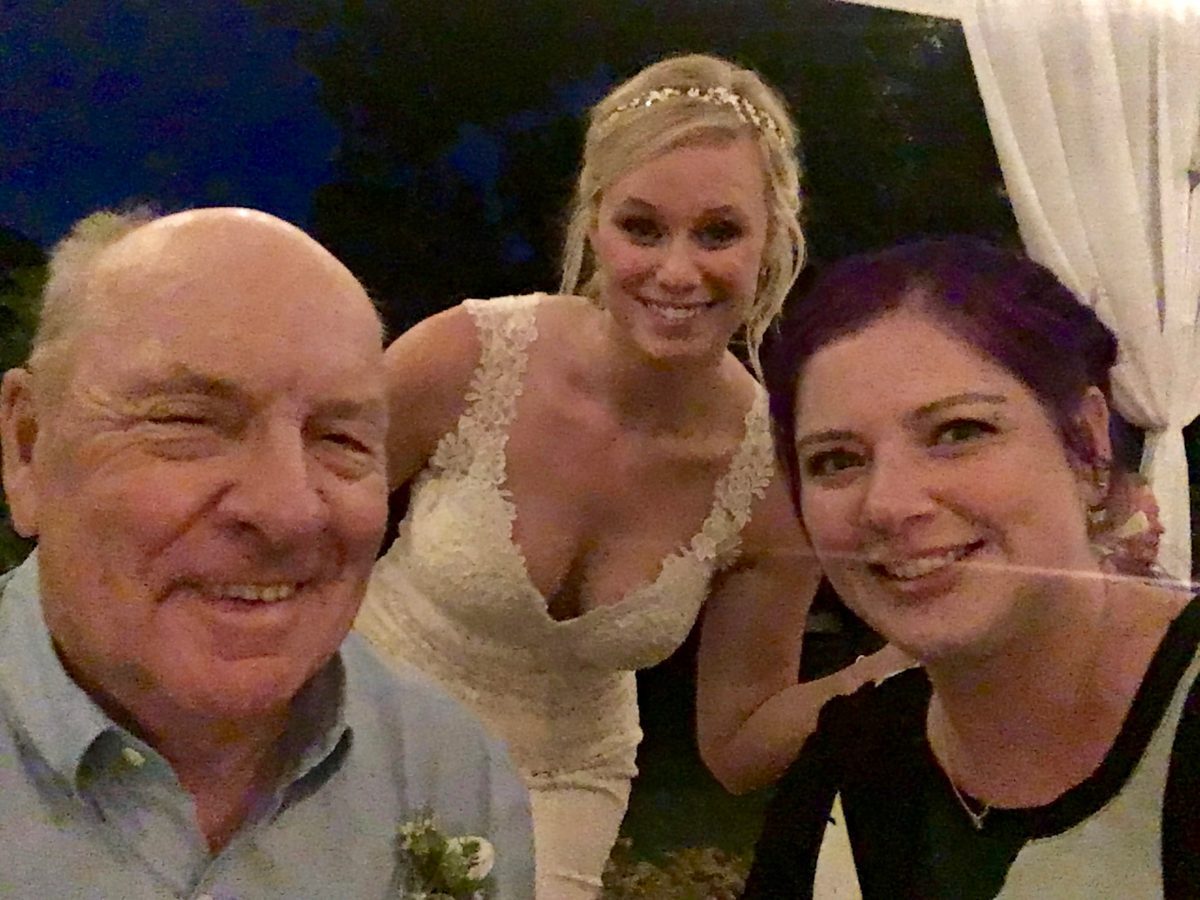 Grandpa and I with the beautiful bride. 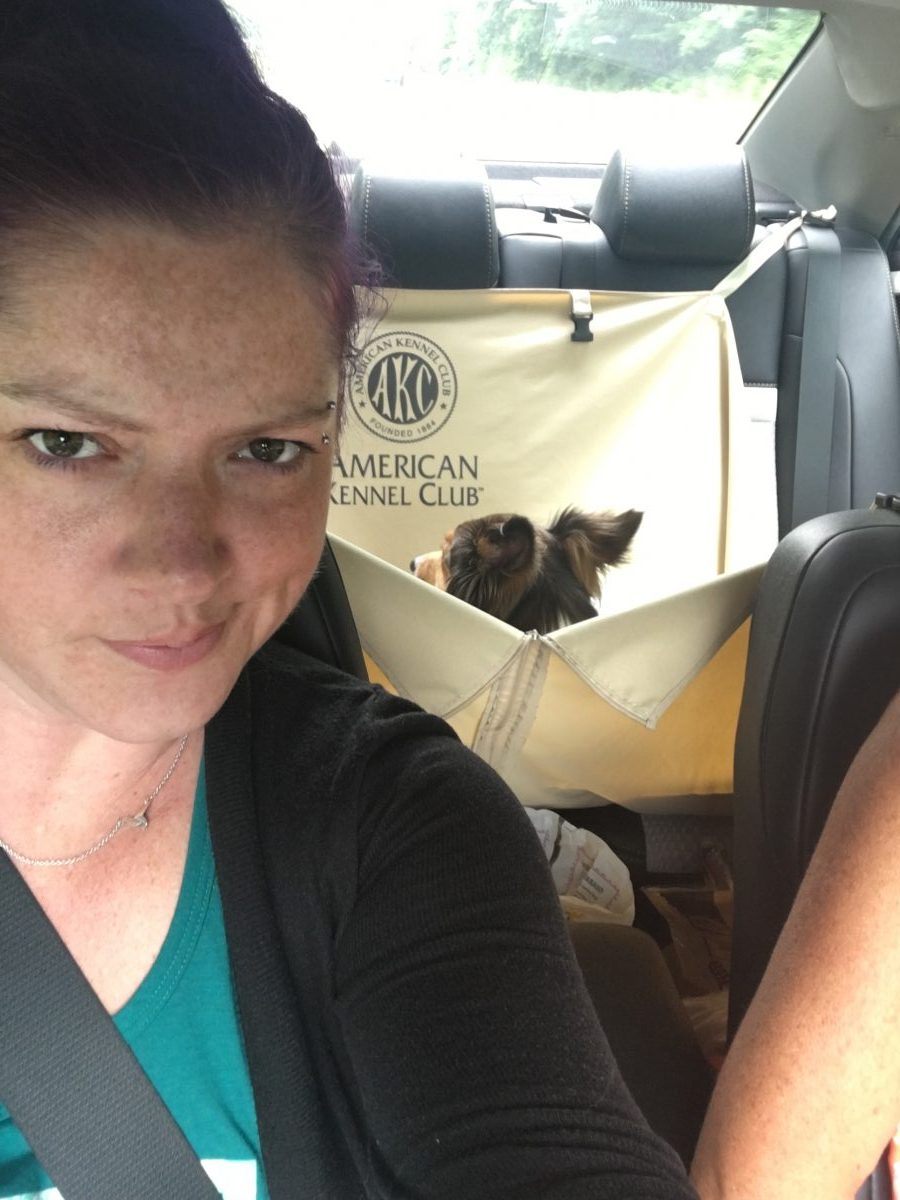 After the wedding we made the 12-13 hour drive back to New York. Also, the dog gets a hammock in the backseat of the car, while the rest of us get normal seats. Spoiled. 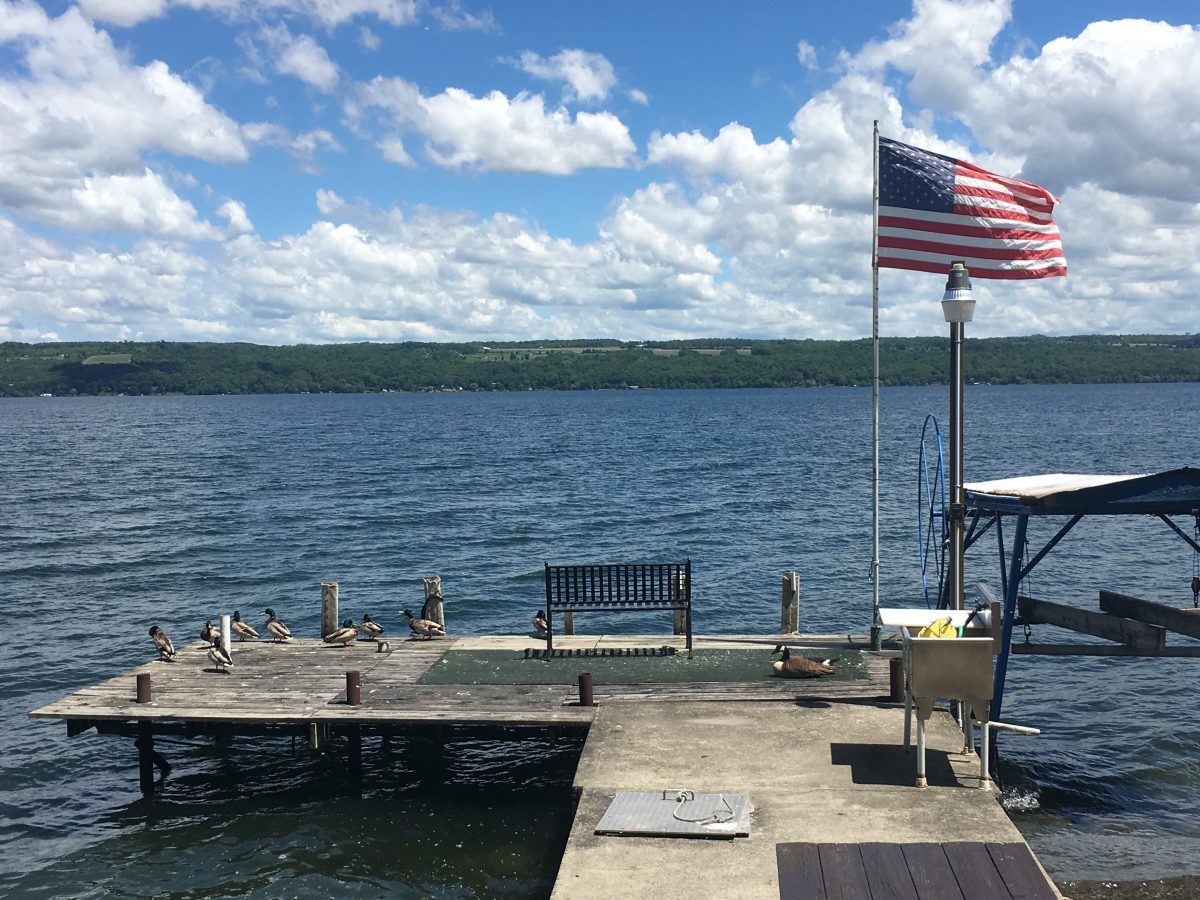 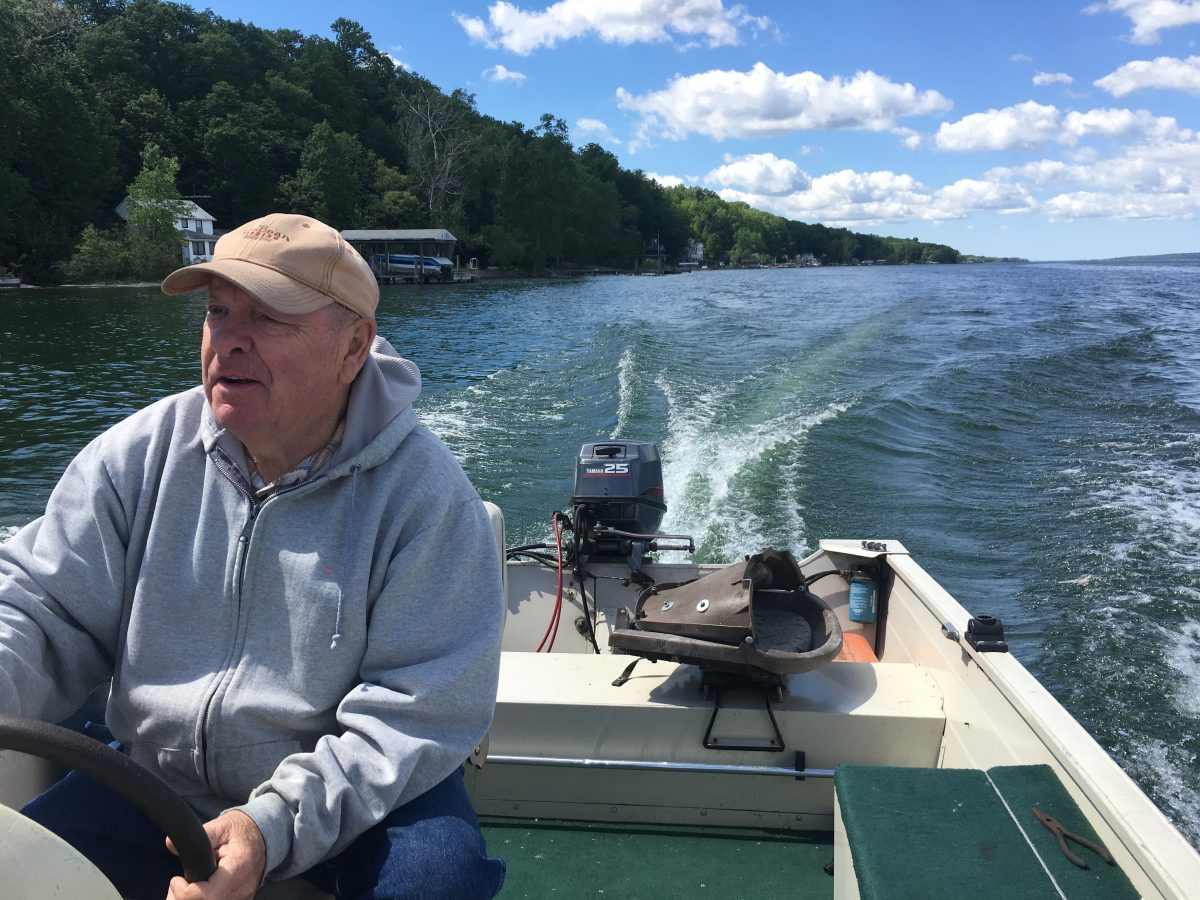 I spent a full day at the lake with my Grandpa. We even got out for a boat ride as it was so nice, and we also almost got stranded because the boat’s motor has been on the fritz. Luckily we made it back though and didn’t have to swim because that water was COLD. 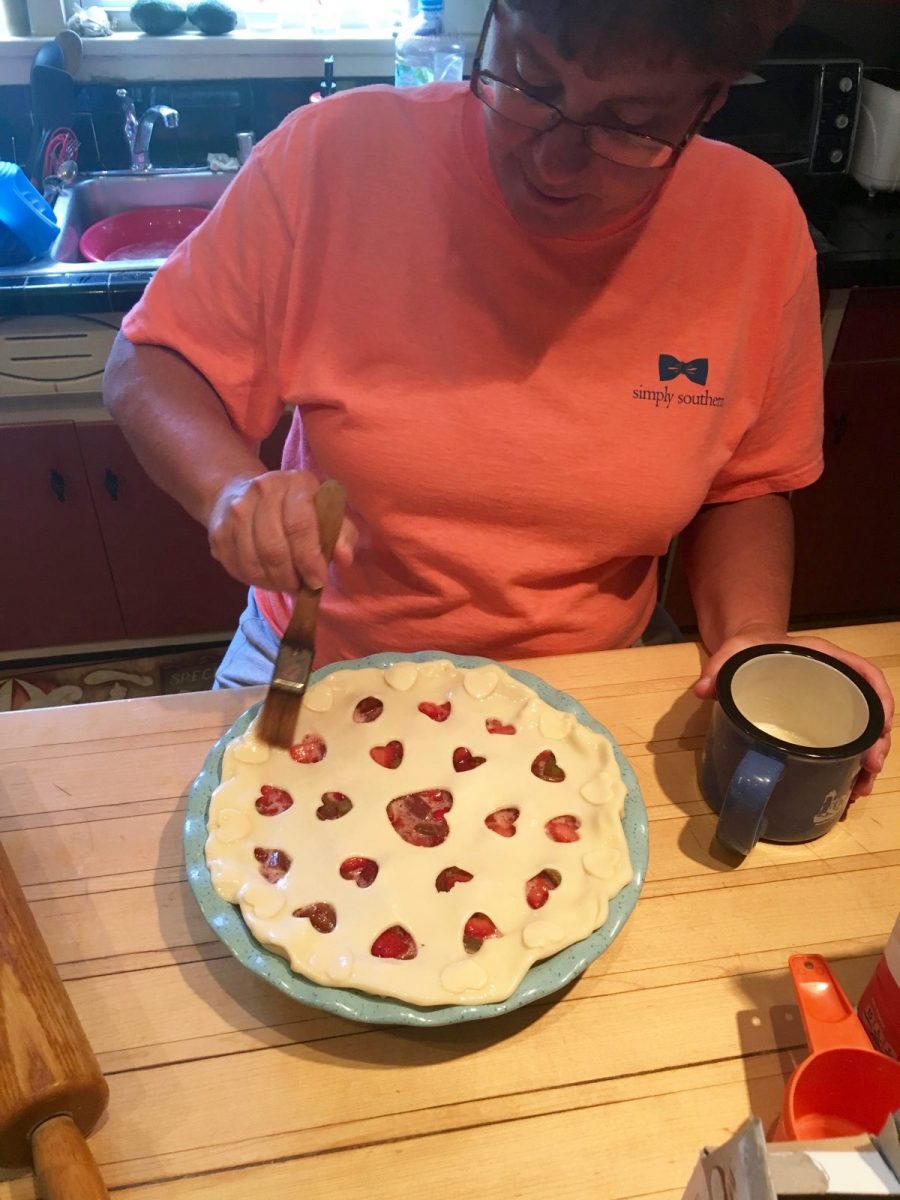 Back in New York it was time to get ready for wedding number 2! Our family friends Bryant and Debbie (who my parents house in North Carolina is near, they missed each other so much they bought houses together in another state) stayed with us for the week to get ready for their daughter Ashley’s wedding. It was so strange seeing this little girl I used to babysit be all grown up and getting married! Instead of having a traditional wedding cake, they decided to do homemade pies, so Debbie was a pie making machine making two strawberry rhubarb, two chocolate, and two key lime pies. My mom also made some cherry cream cheese and blueberry cream cheese, as well as other peoples pies. There was a lot of pie! 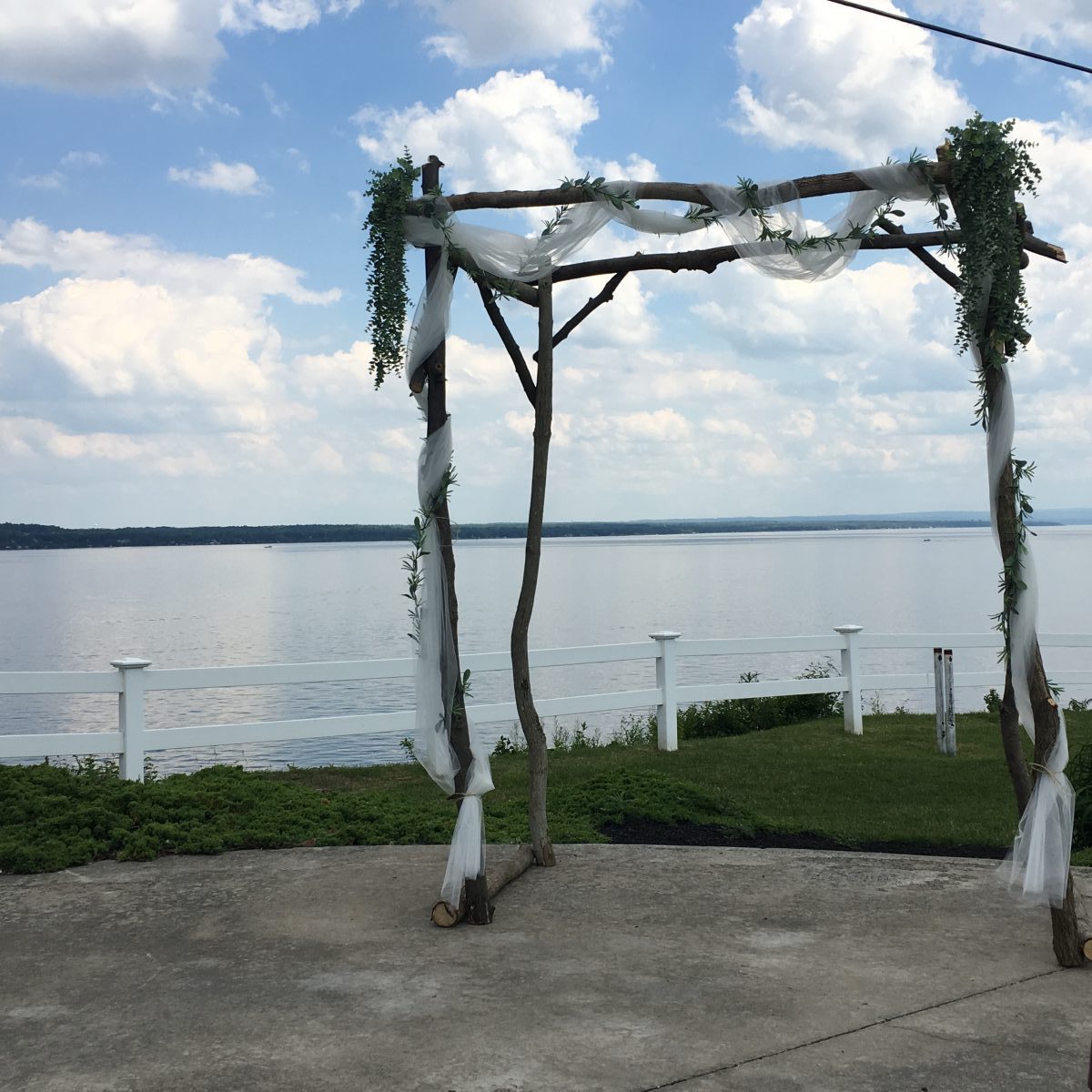 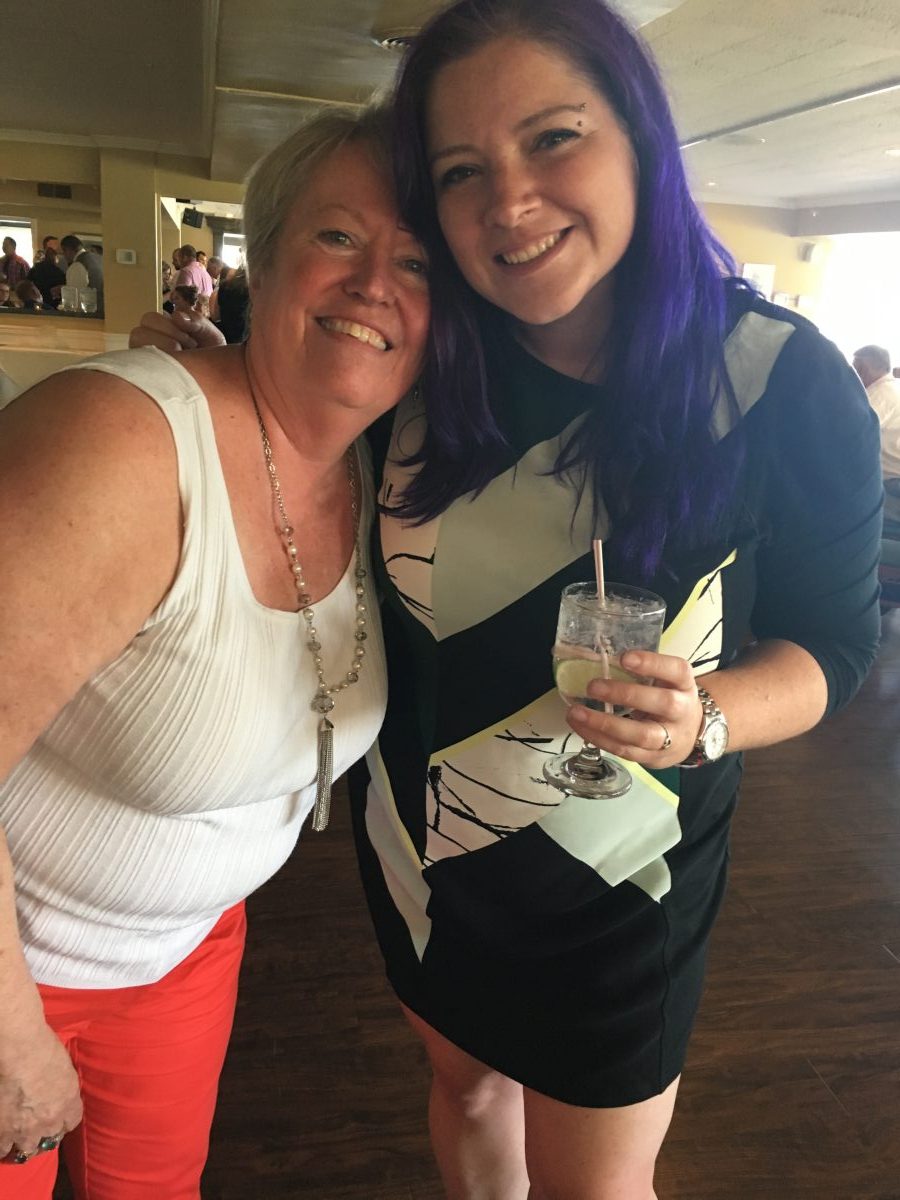 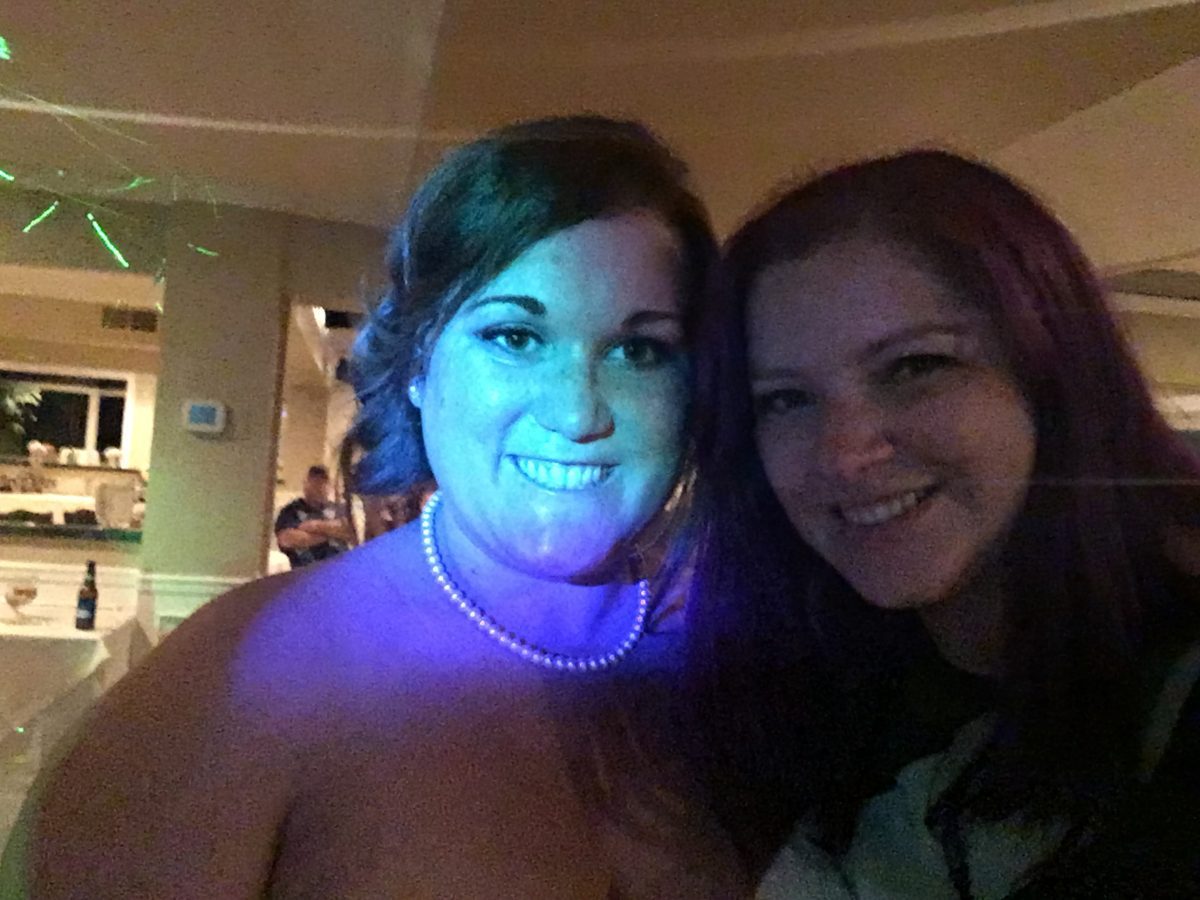 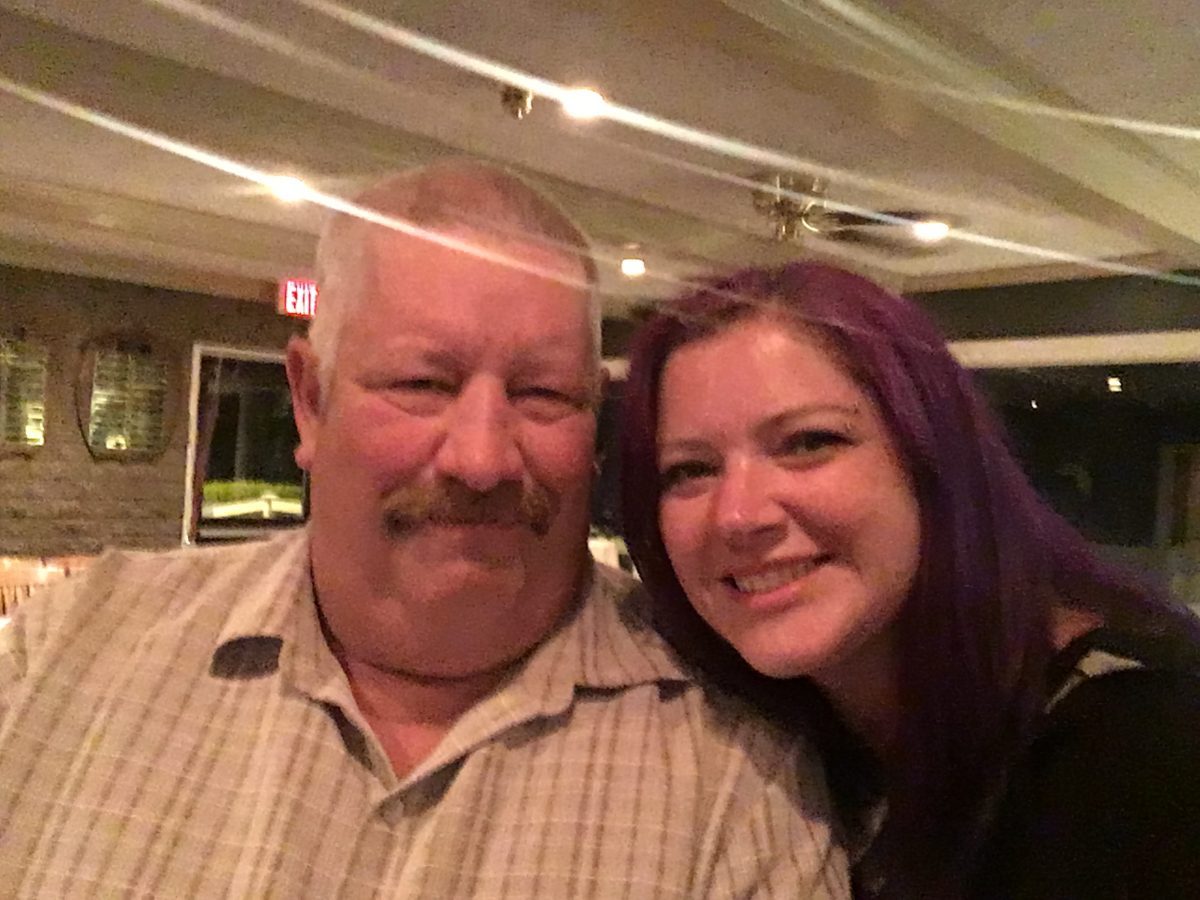 The wedding was beautiful and it was so great seeing childhood family friends that I haven’t seen in years, like this crazy face above! One of my best friends growing up was named Daisy, and this is her mom Lynn. I had so much fun catching up with them after not seeing them in probably almost ten years. I also followed my aunt around who was taking photos so that I could put together a wedding video for Ashley and Thad, which I’m still working on, turns out when you take over an hour of footage it’s hard to edit it down! 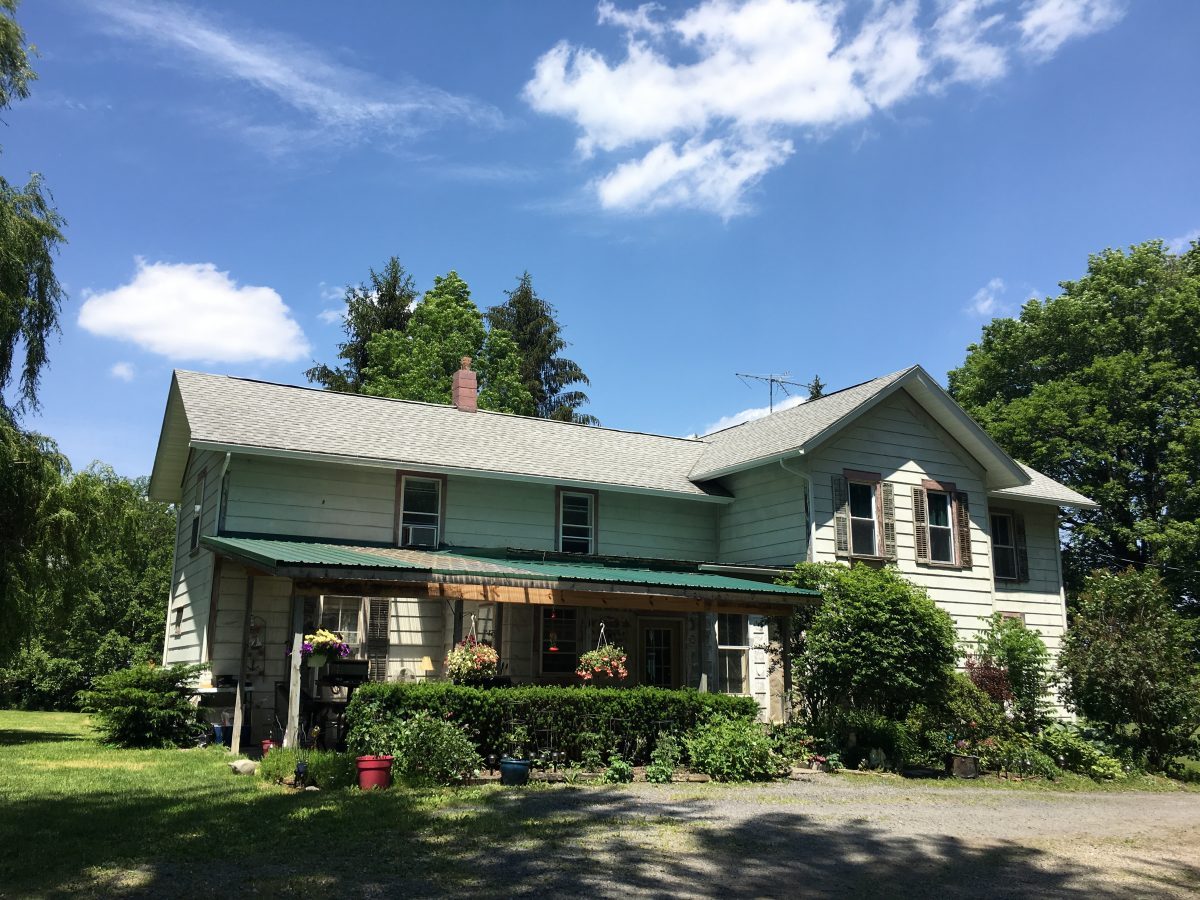 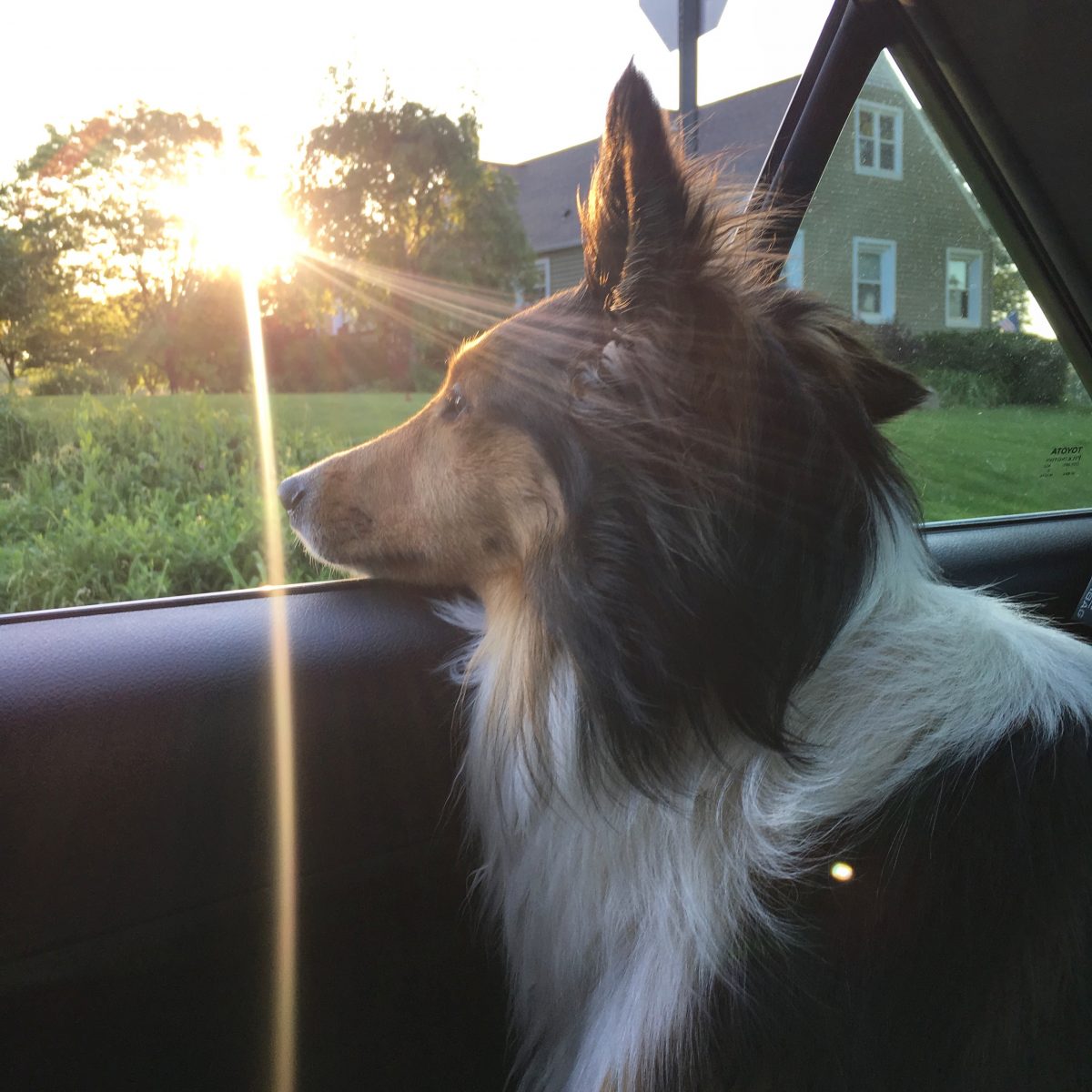 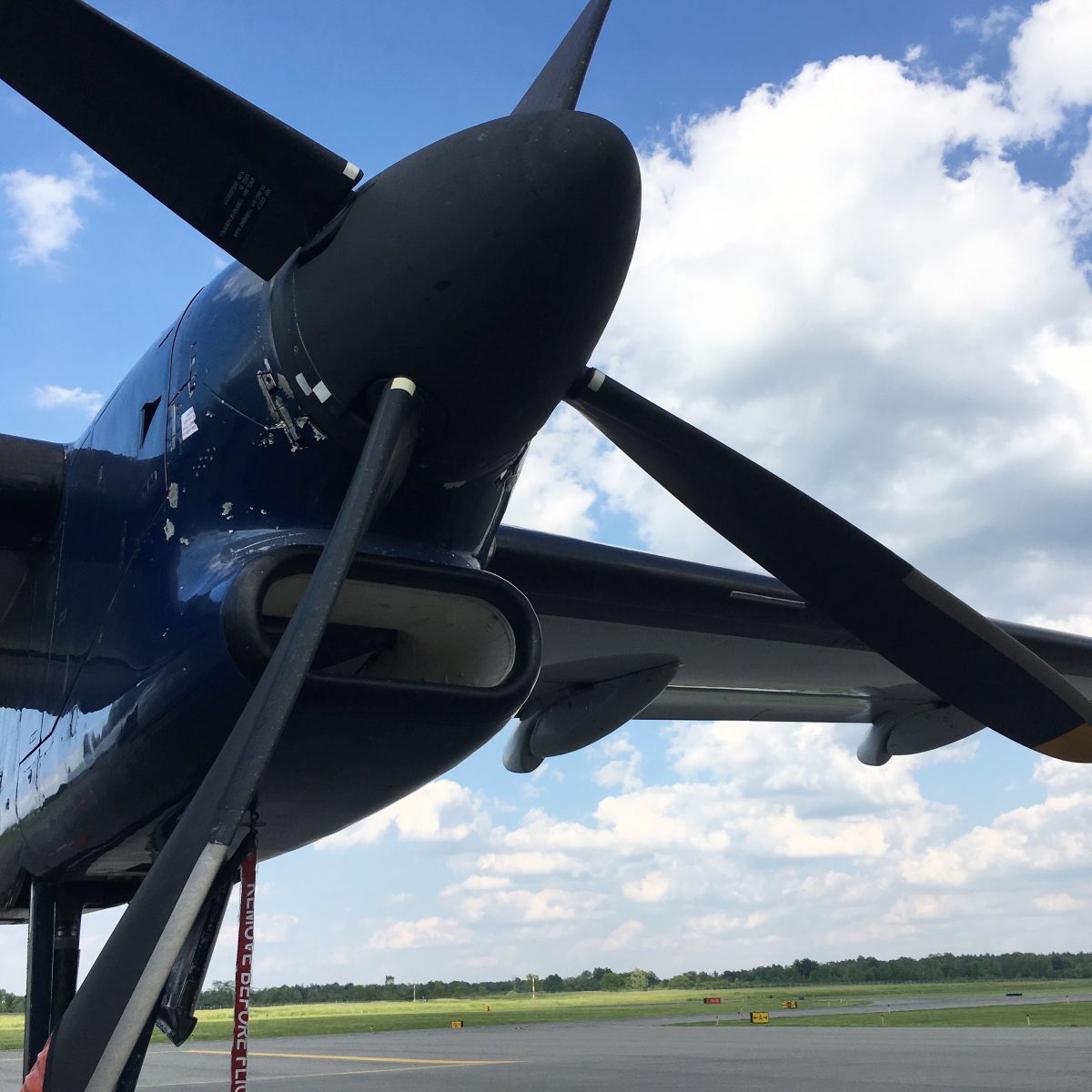 Then after what felt like two days when in reality it was two weeks it was time to head back to England, with promises of returning next year, and family and friends saying they would start planning on coming to visit us in England. It’s so hard, it never gets easier. People get older, have babies, move states – life goes on without you, and you have to play catchup when you return.

I’m extremely fortunate that I’m able to go back at least once a year though, and I know this, so I’ll just continue to be grateful for the chances I get to spend time with all the ones I love. It helps that half the ones I love are now located in England as well.