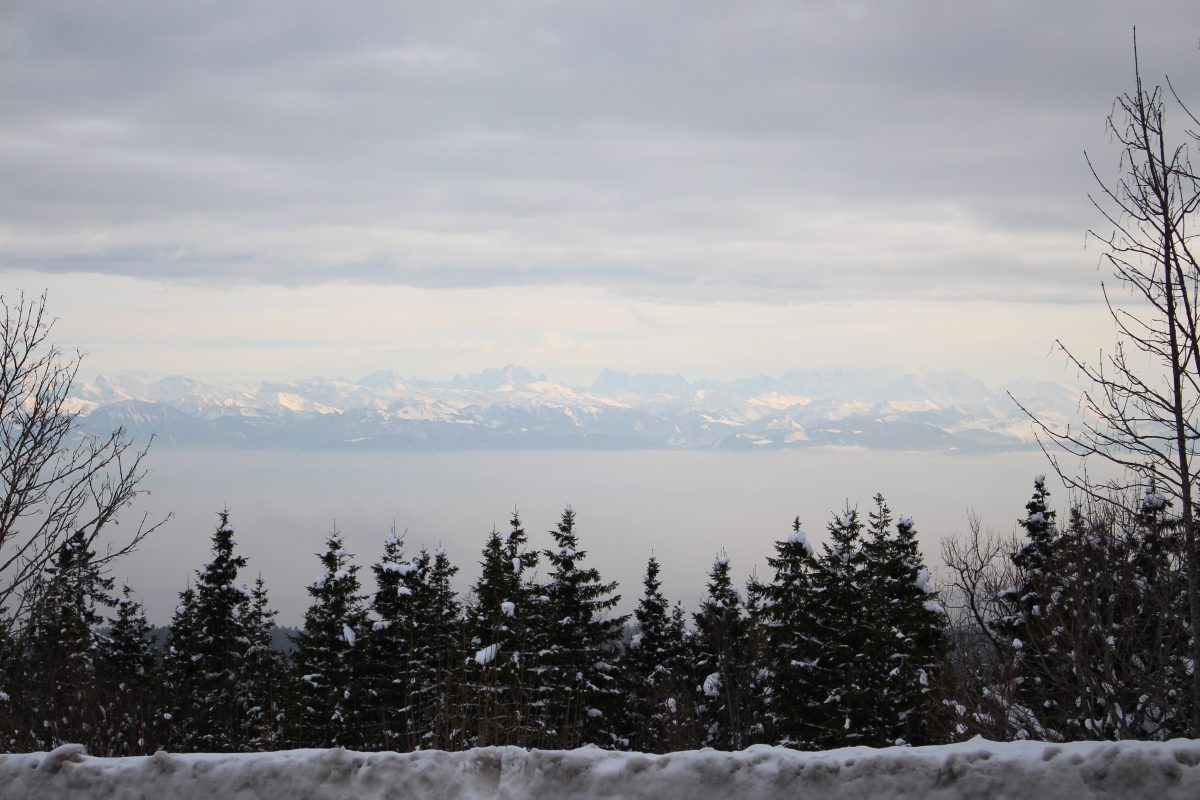 A couple weeks ago we headed to Switzerland, a trip we had actually book last August, as we bought tickets to go see The Divine Comedy. Now I get that most people are like, “why would you have to go to another country to see a band?” and the reality was that we didn’t. We actually saw them in Sheffield, a city really close to us in the fall, but since they are one of Adam’s favourite bands, he had a look at what cities they were playing on their Europe part of their tour. Lausanne, Switzerland just happened to be a lucky day to fall on a Saturday and not have super expensive plane tickets. So that’s how we found ourselves staying along Lake Geneva in the middle of February.

We also really lucked out that one of our friends that we lived with in New Zealand lives a 20 minute drive outside of Lausanne. Our friend Laurent actually grew up not too far from where he lives now, and it was so so fun catching up with him. He showed us an amazing pizza and fresh pasta place in the city centre on the Friday night we were there, and Saturday we went back to his flat, made an american pancake breakfast, had a look around his cute village, and then drove into the mountains and to see a frozen lake, Lac de Joux. It was the prettiest drive and the first time we were actually able to see the alps! It was too misty to see them from the ground, but as we climbed higher up the mountain in the car, they started to make an appearance. I’ll tell you more about Lausanne later, but for now, here’s some pretty pictures of lots of snow. 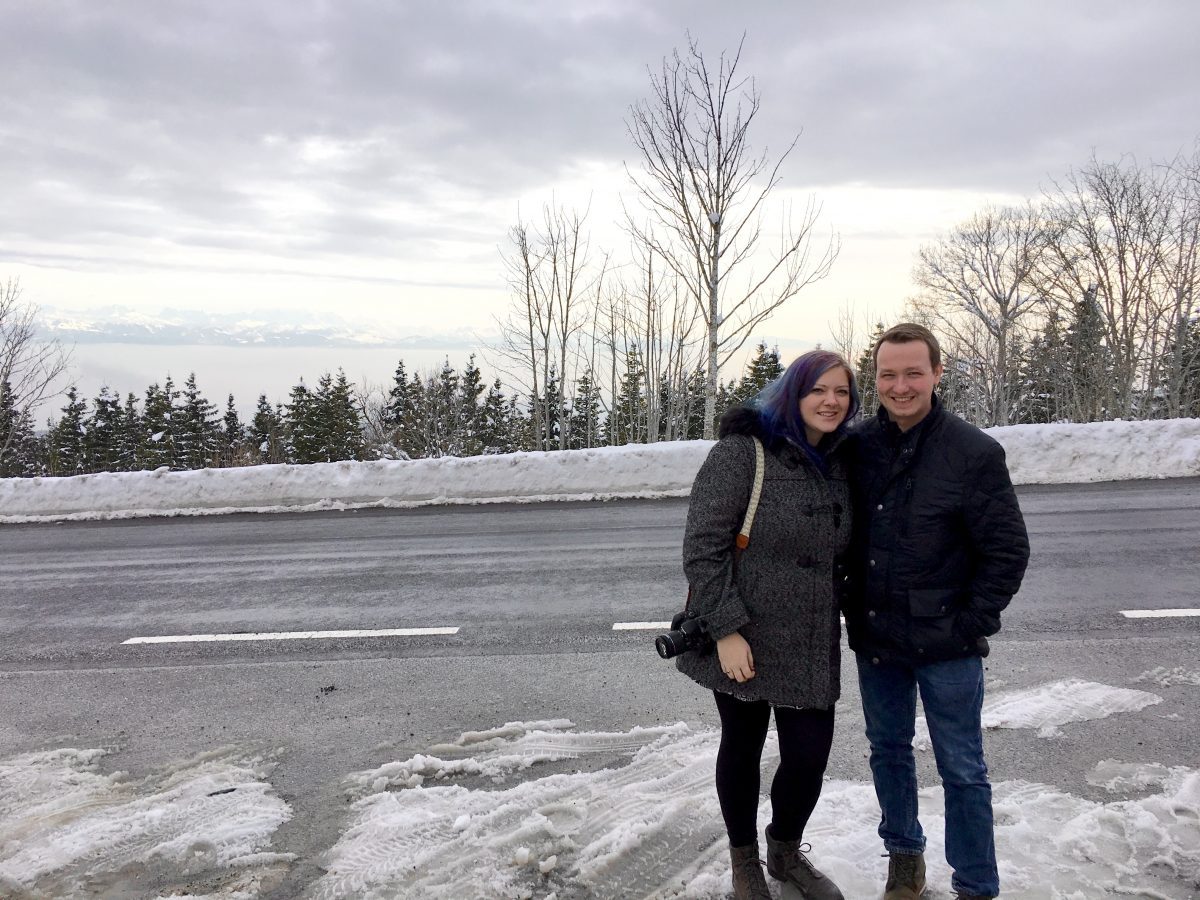 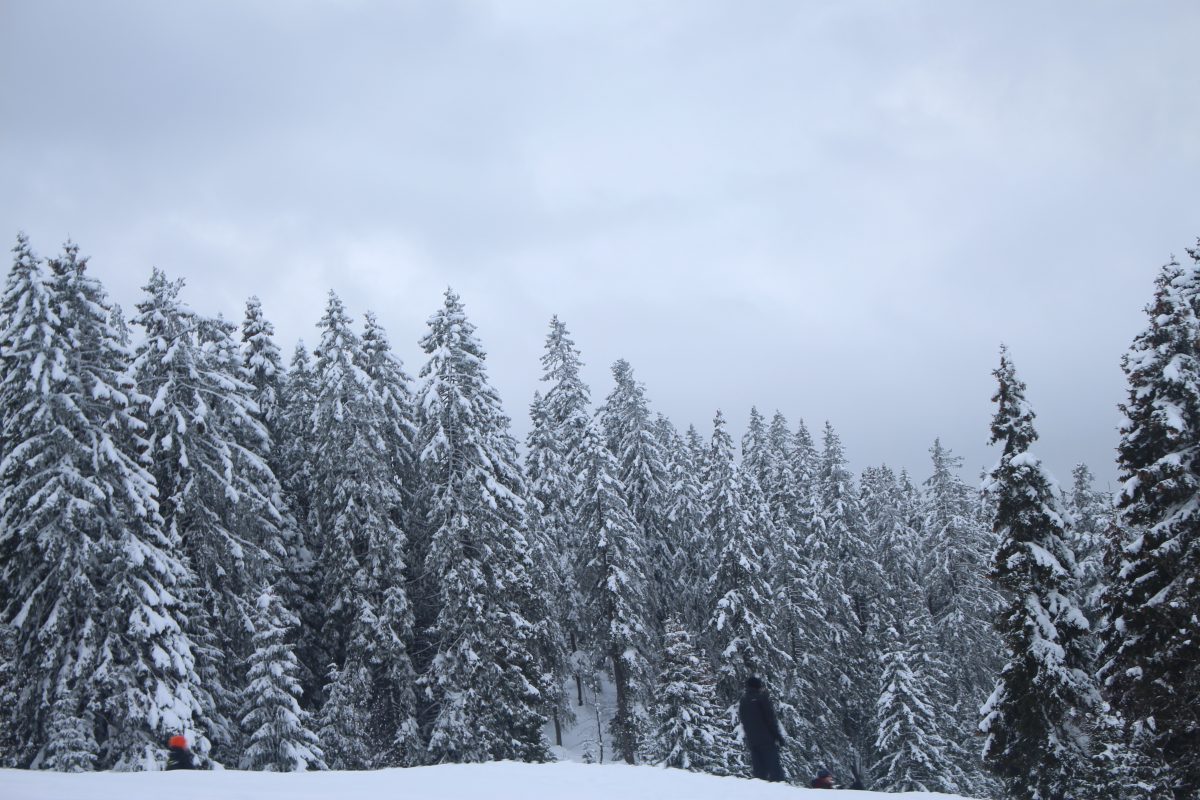 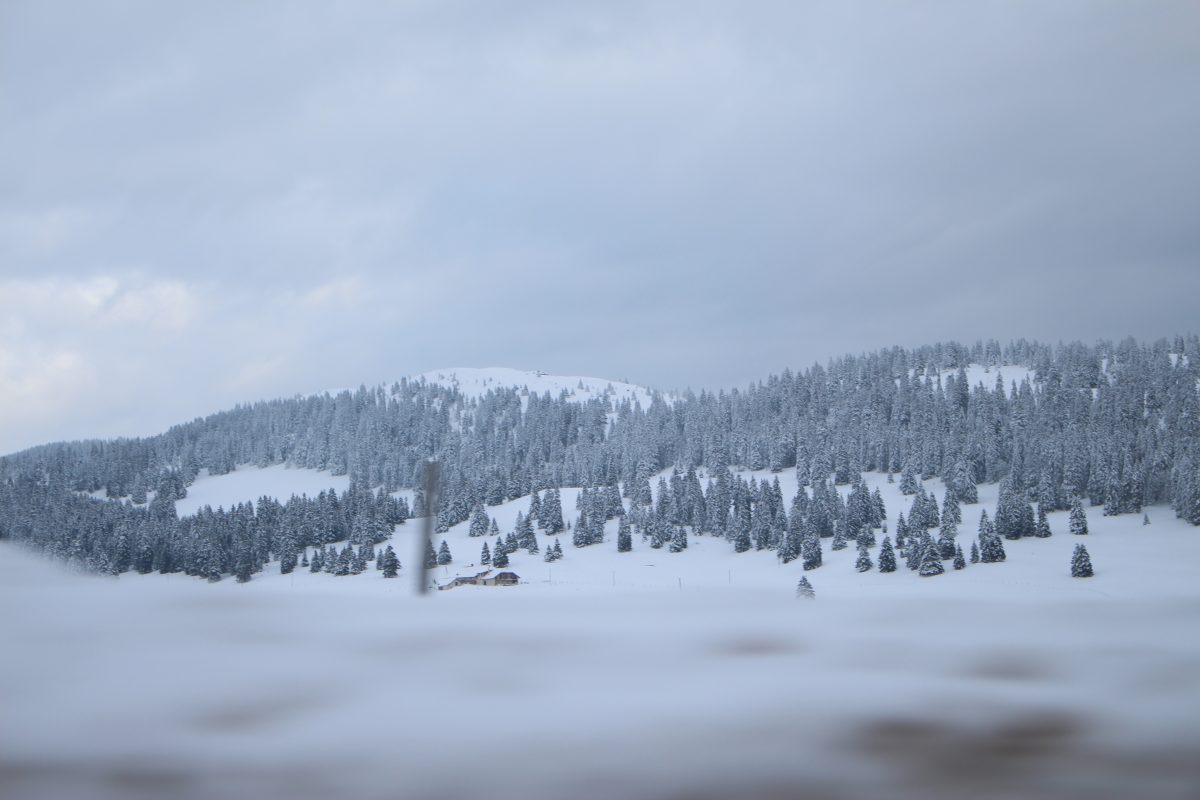 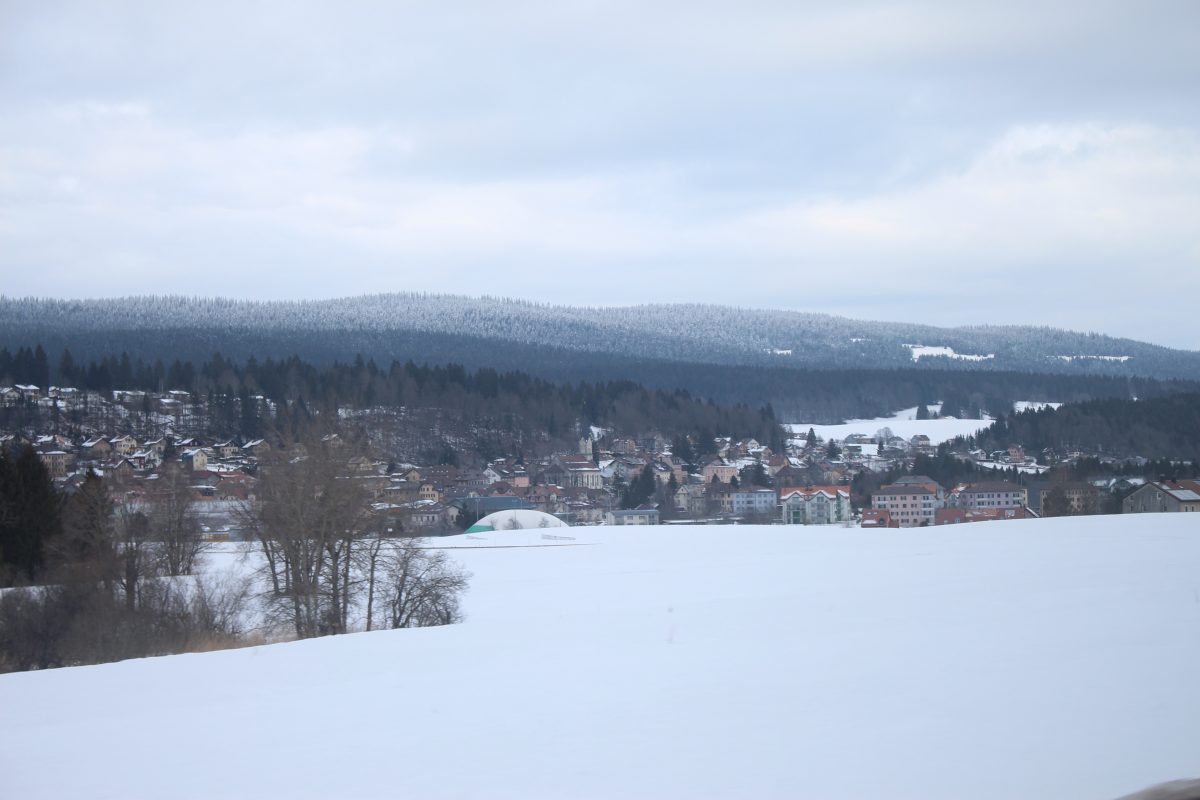 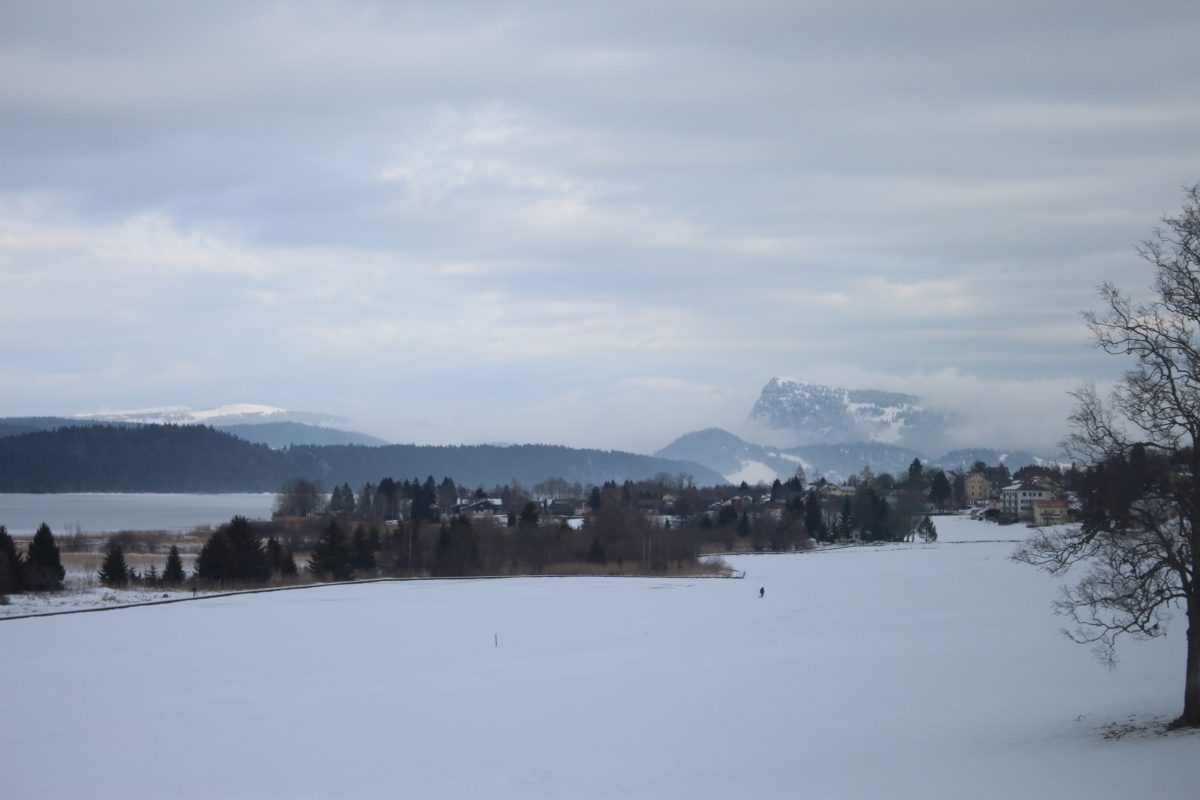 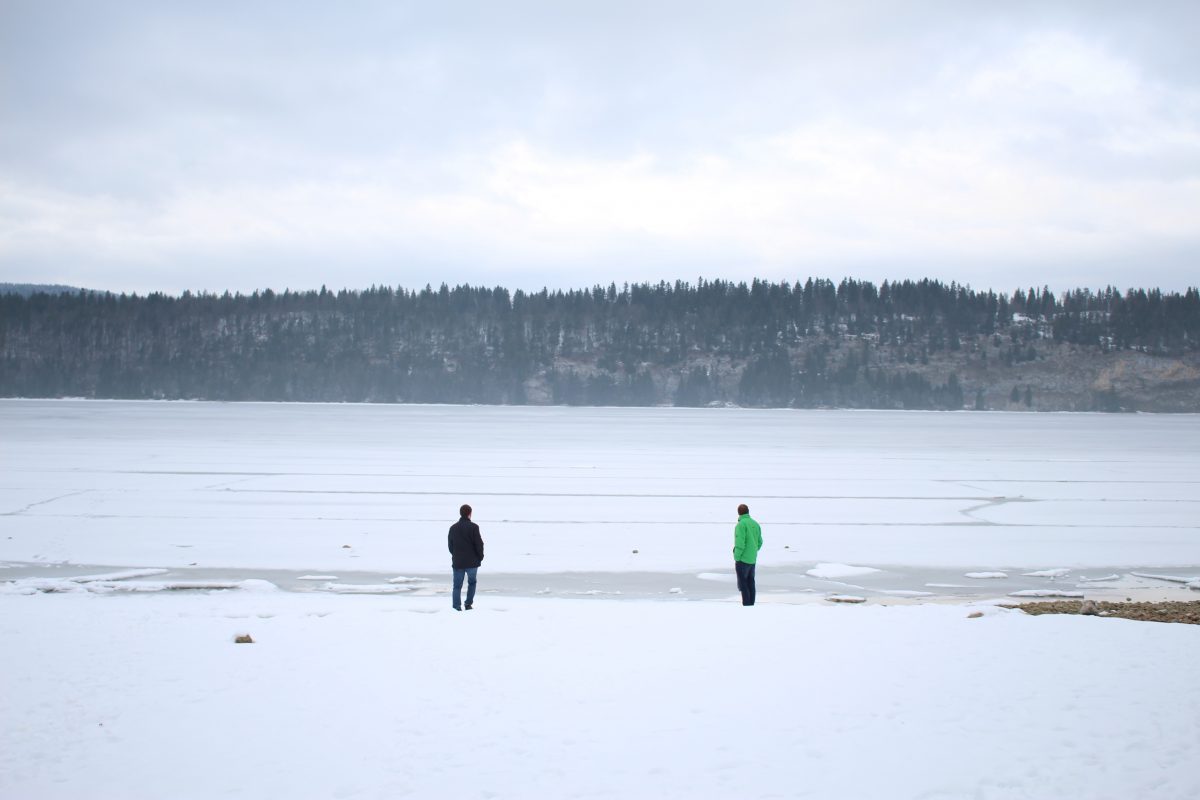 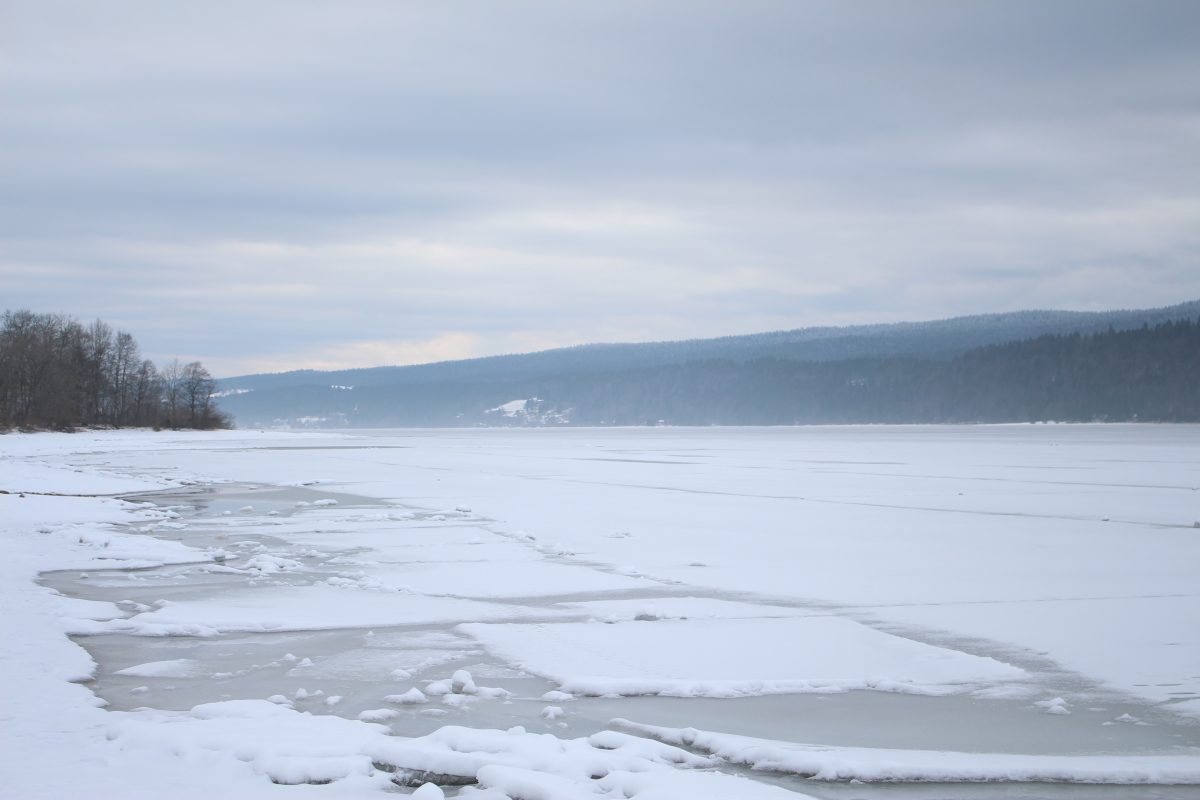 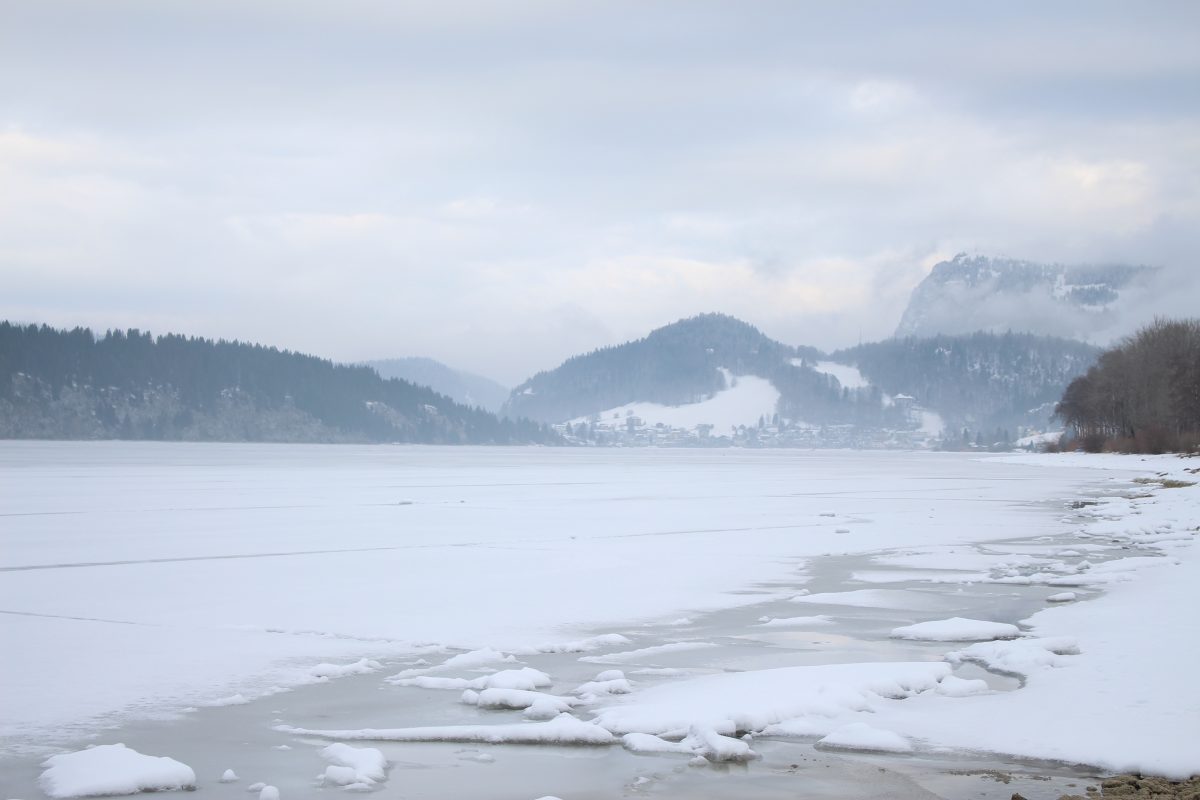 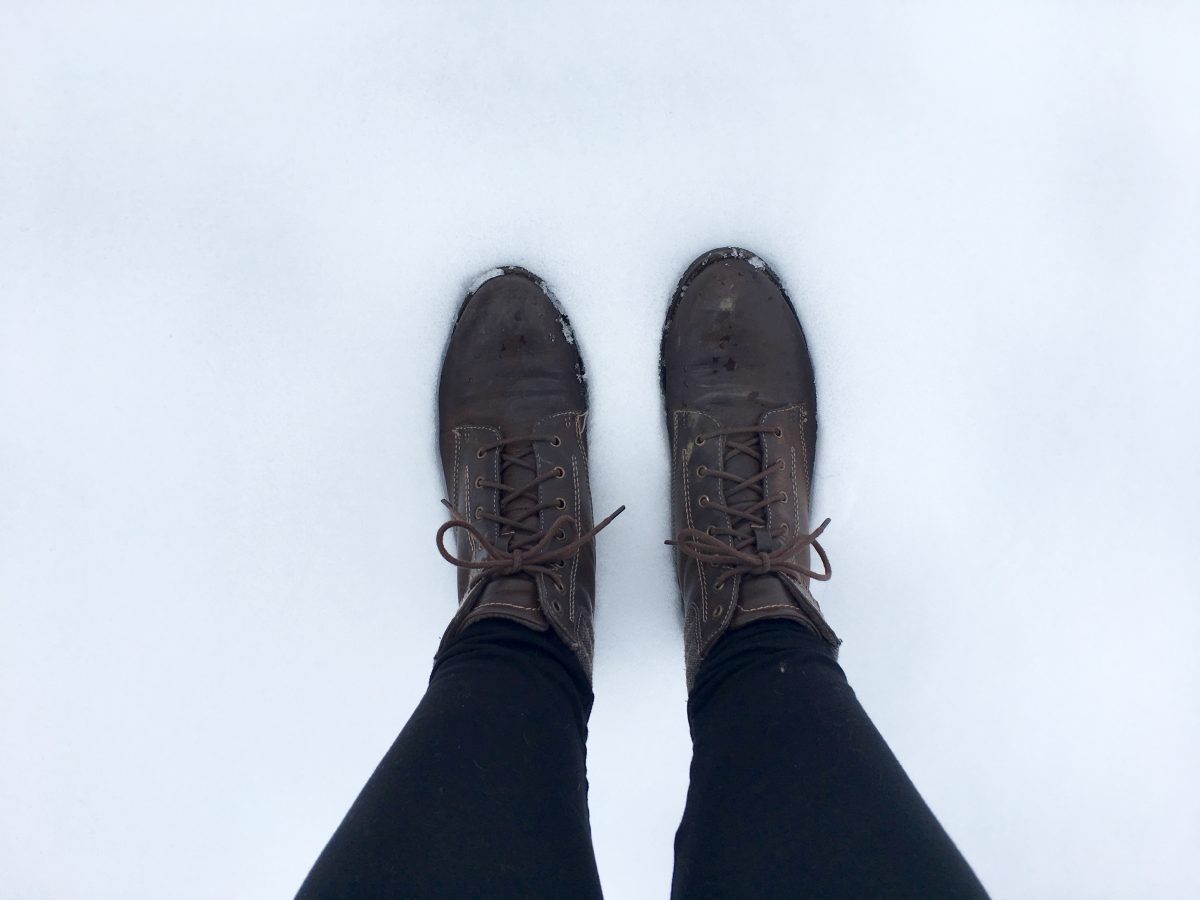 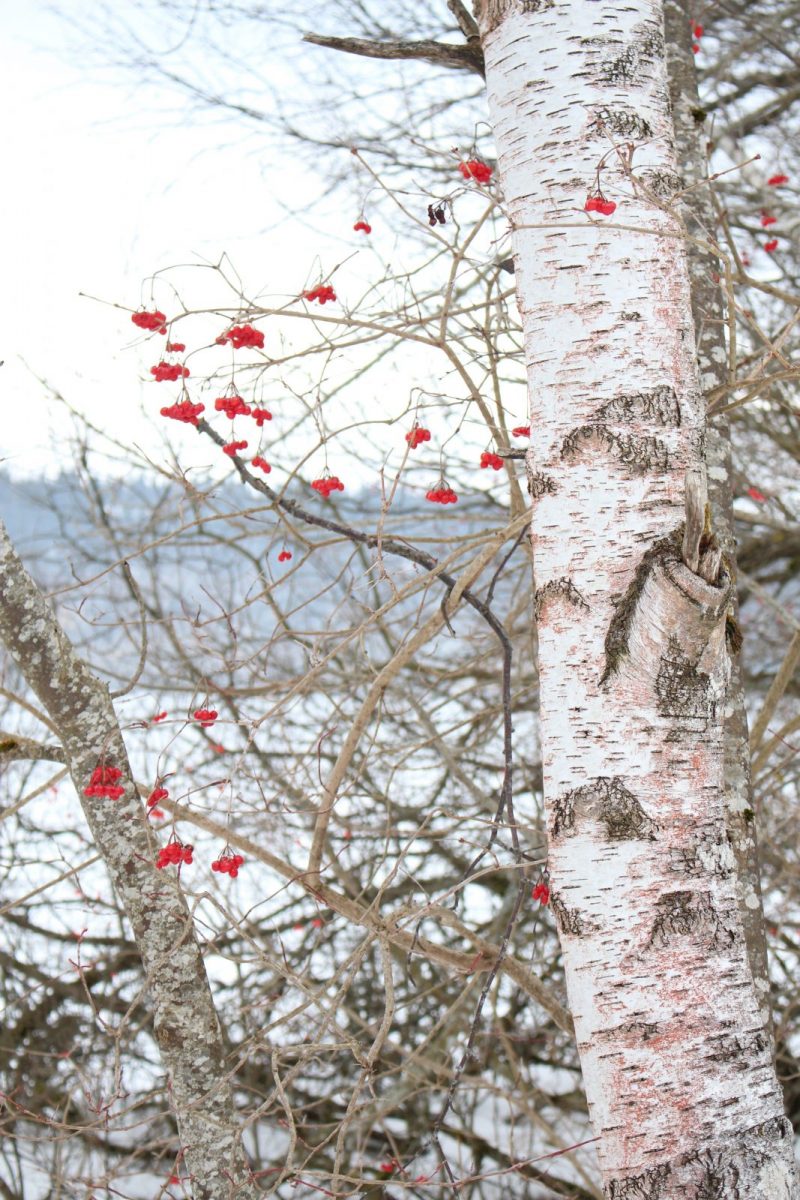 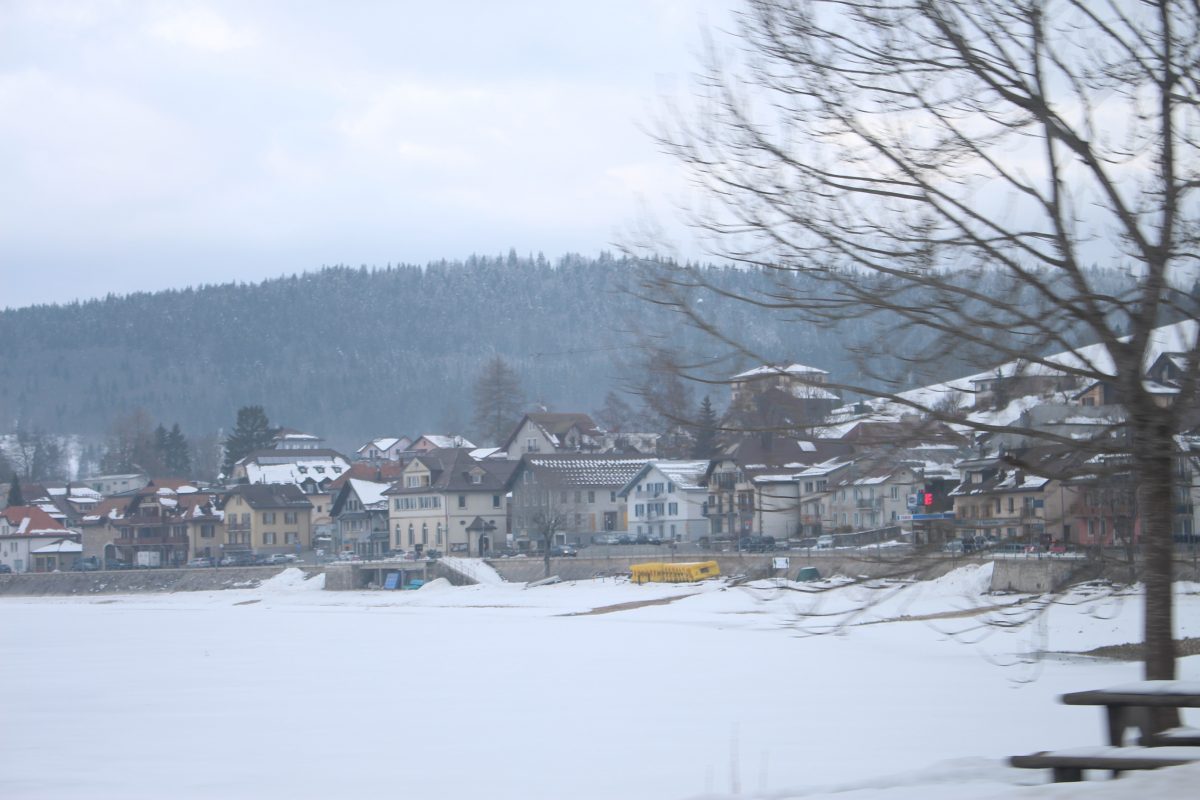 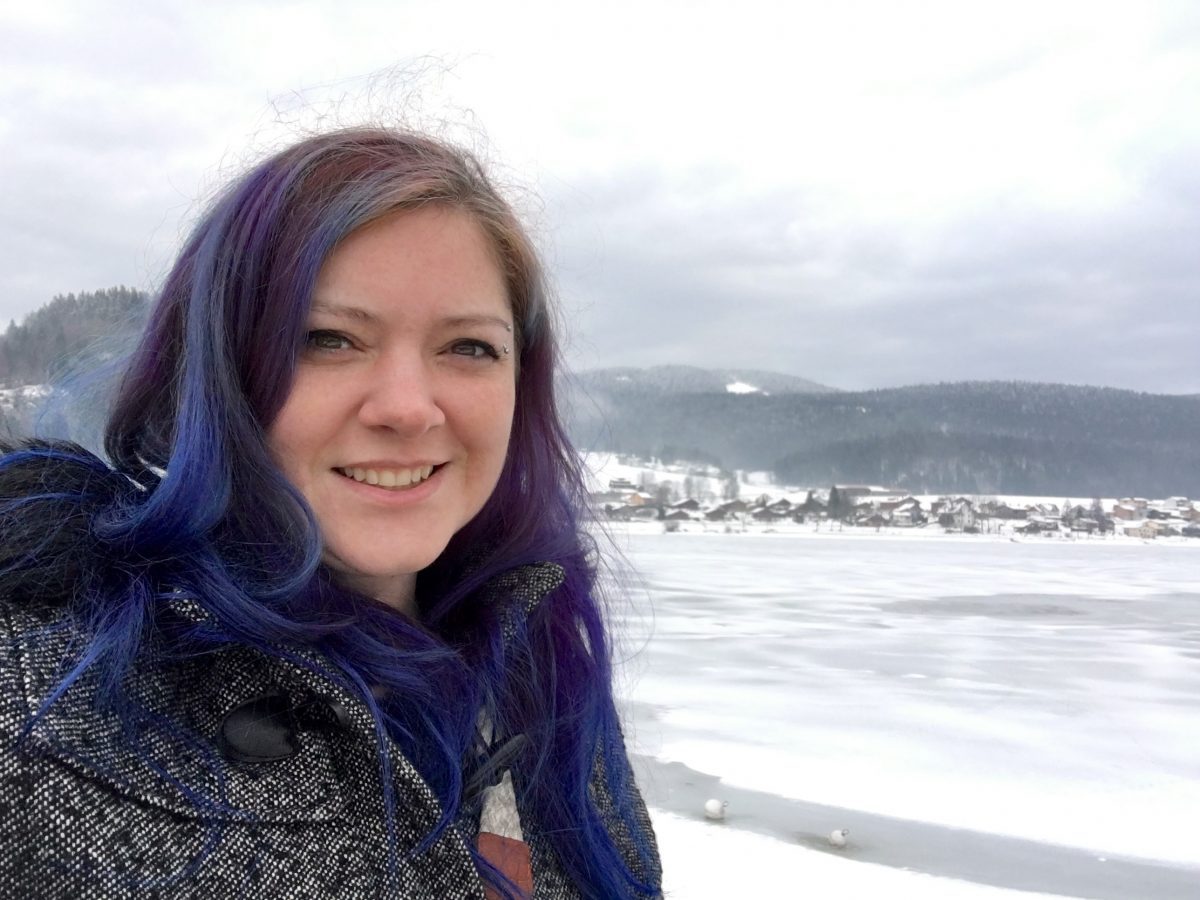 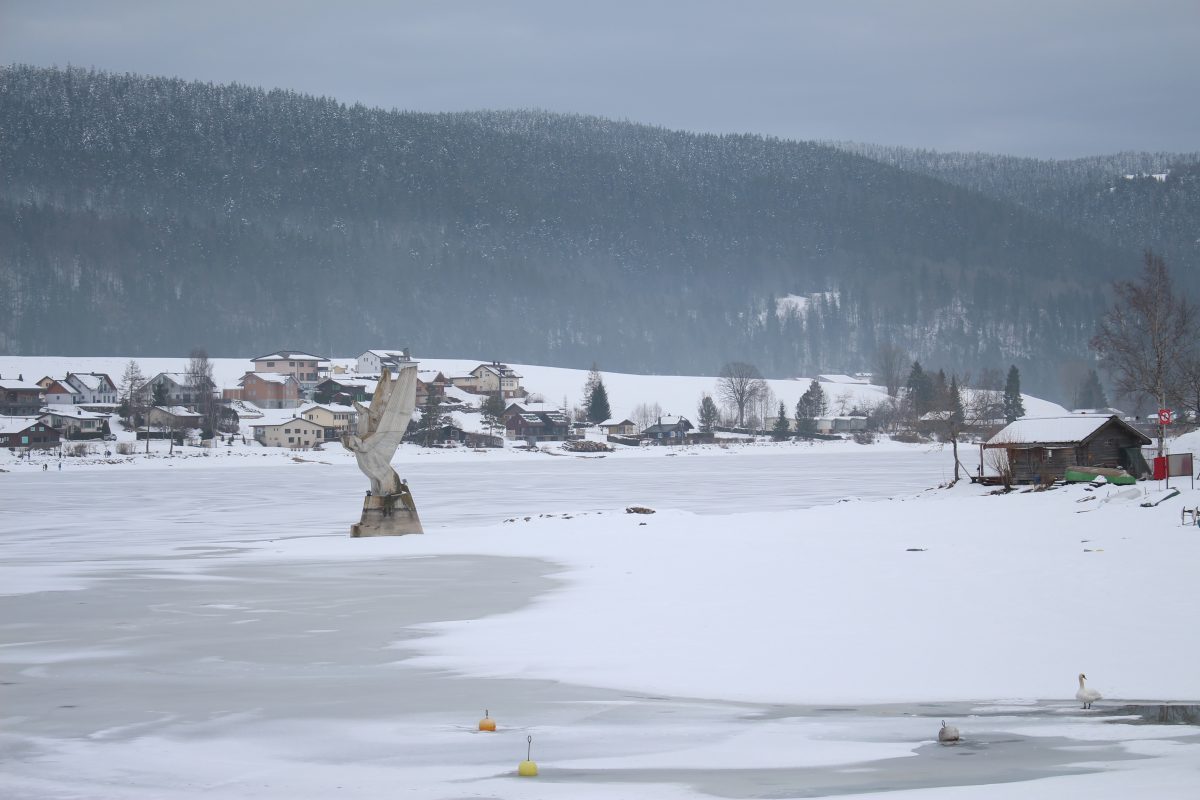 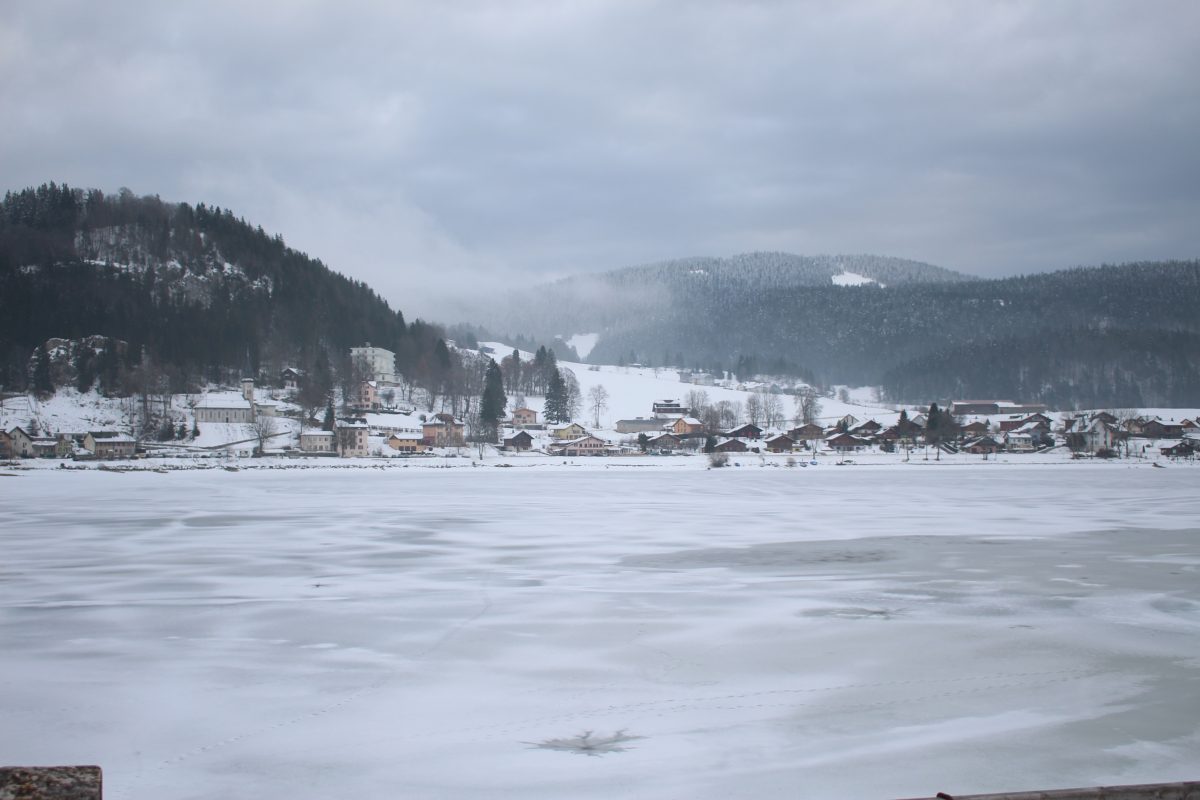 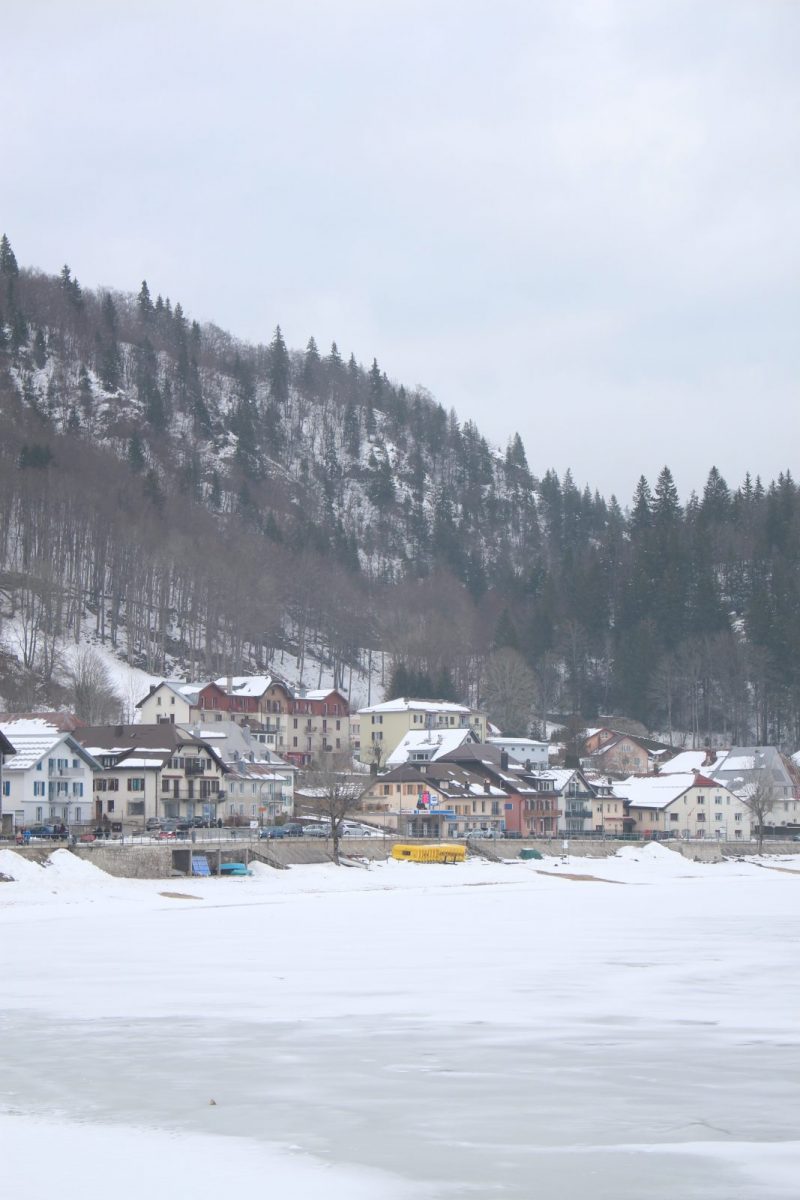 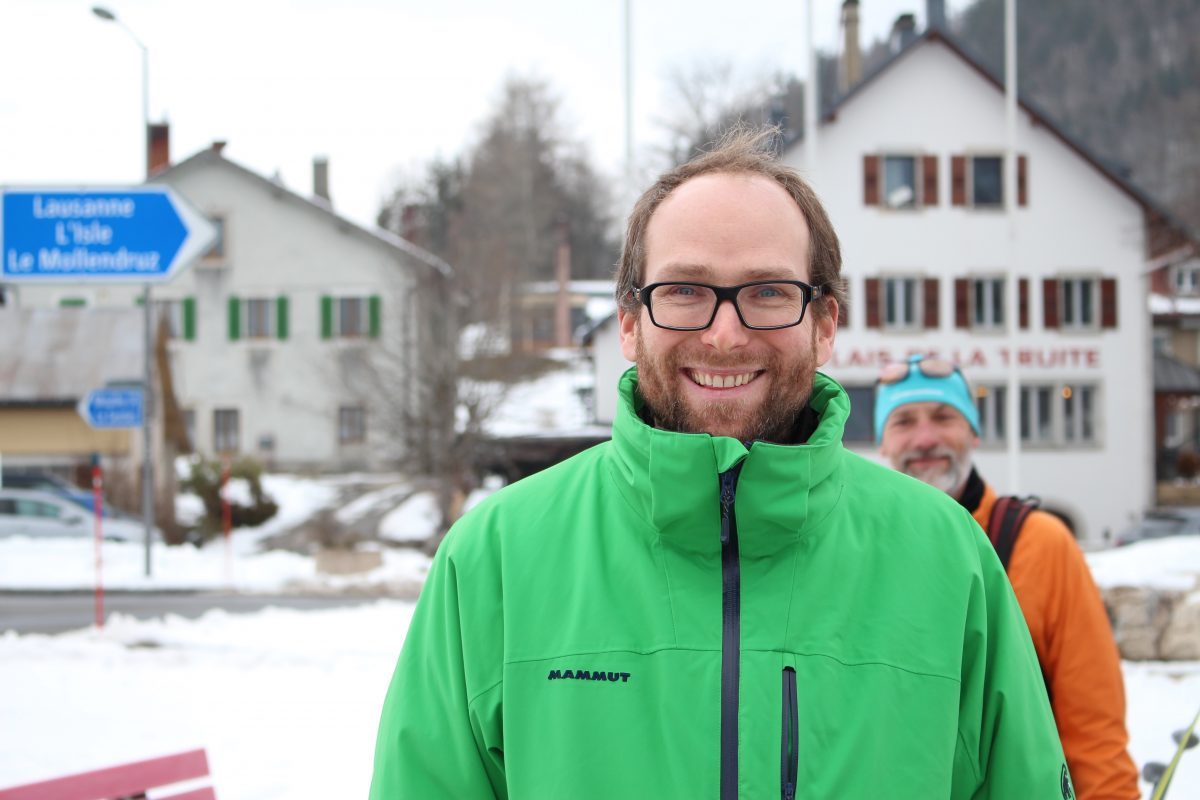 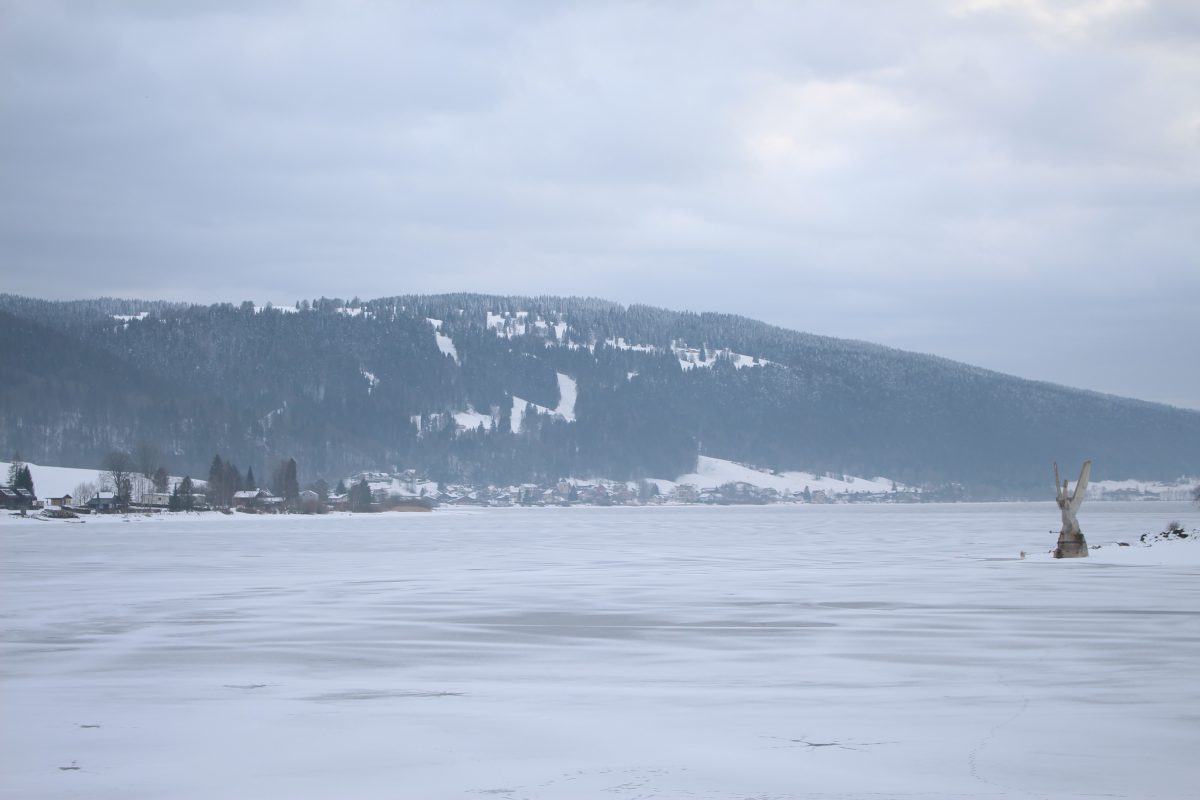 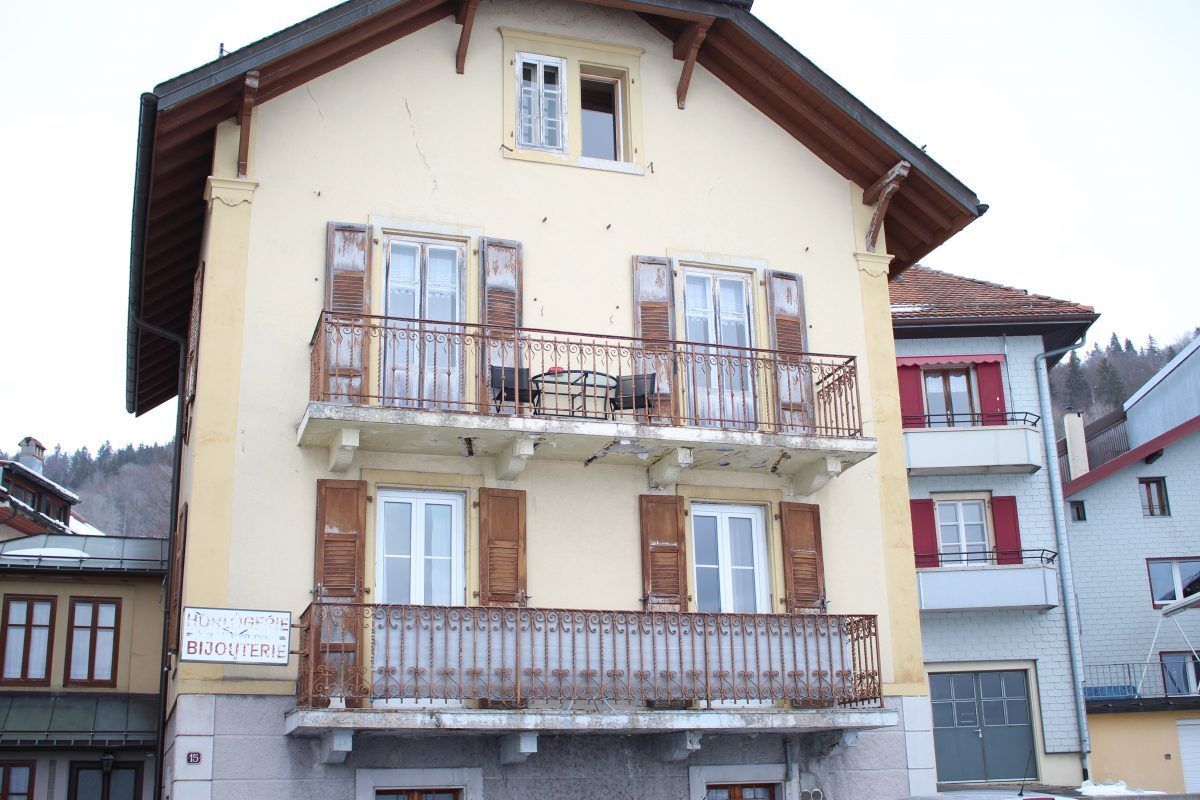 At the end of the lake there was a really quaint little town, the perfect stop off for more photos and for a much needed coffee to warm up. We basically had one option which was the tea-room above, and it was really cute inside with friendly staff.

I can’t thank Laurent enough for showing us parts of Switzerland we never would have seen otherwise, and for being such a star and carting us around, even back to the airport! It’s true what they say, real friends stand the test of distance. We can’t wait to see him again in Scotland in September!