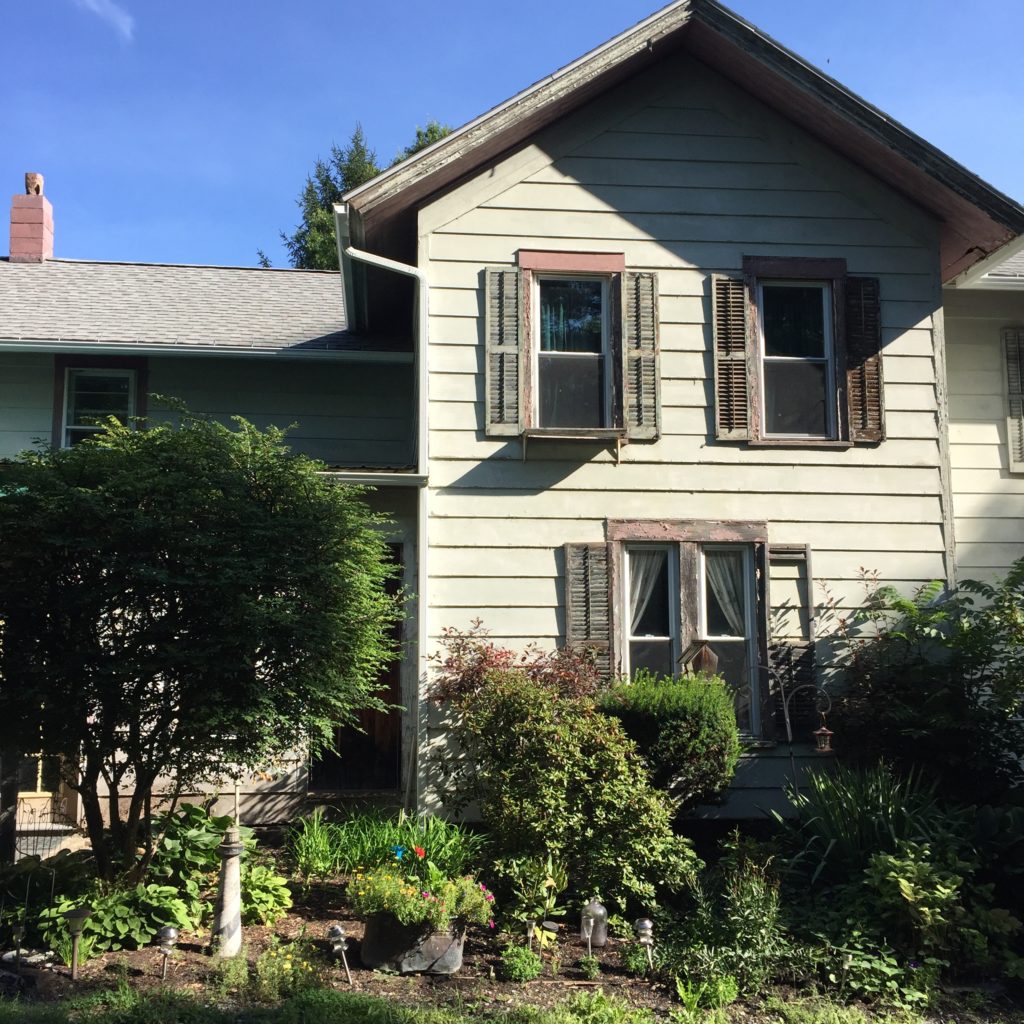 Well I’m back from America! For two weeks, but that’s besides the point. I’m not going to re-cap the entire trip in photos because a) I actually didn’t take that many, and b) I uploaded things to my Instagram. I will let you know a little about what I got up to though and show you some highlights.

I arrived into New York after a slight bit of travel drama on Friday instead of the scheduled Thursday night and Saturday was my cousins wedding. It was so amazing having so much of my family in one place and was one of the most fun weddings I’ve ever been to. Nothing better than a country wedding. 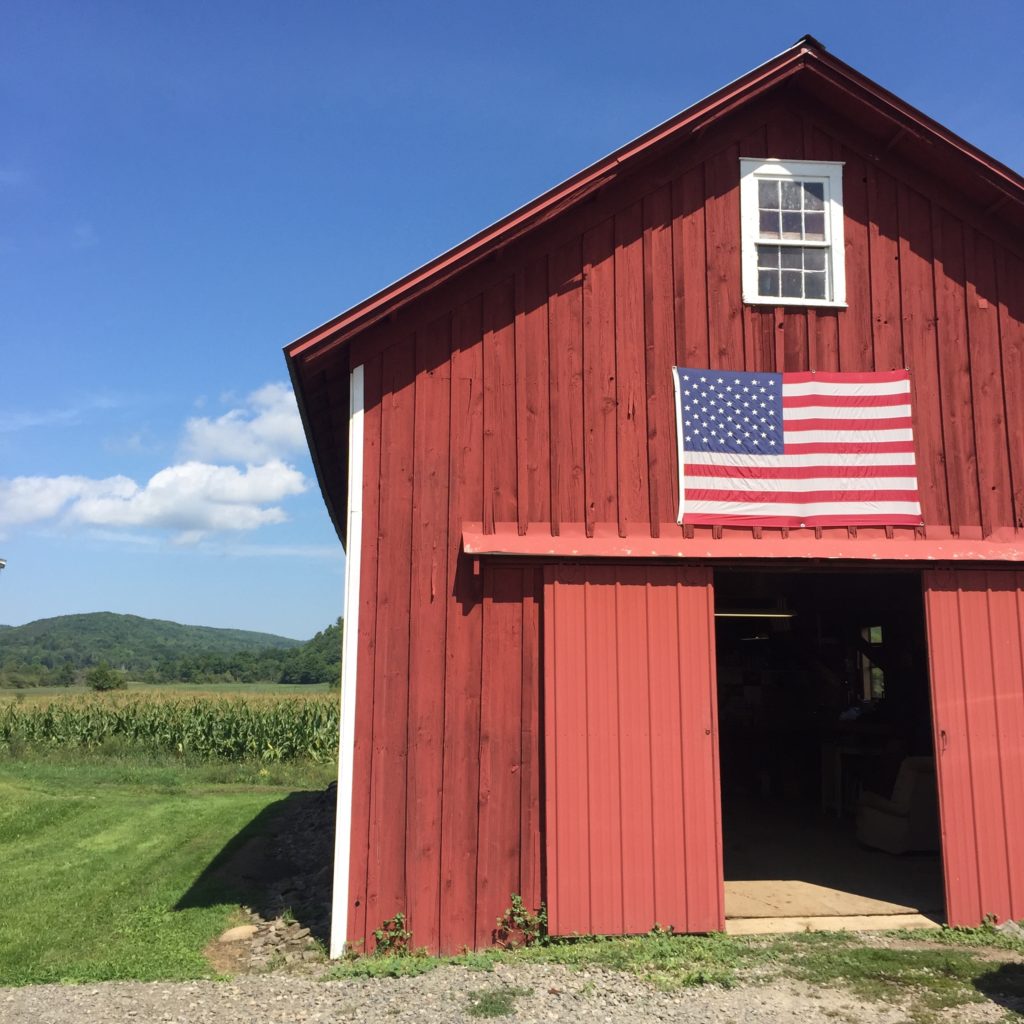 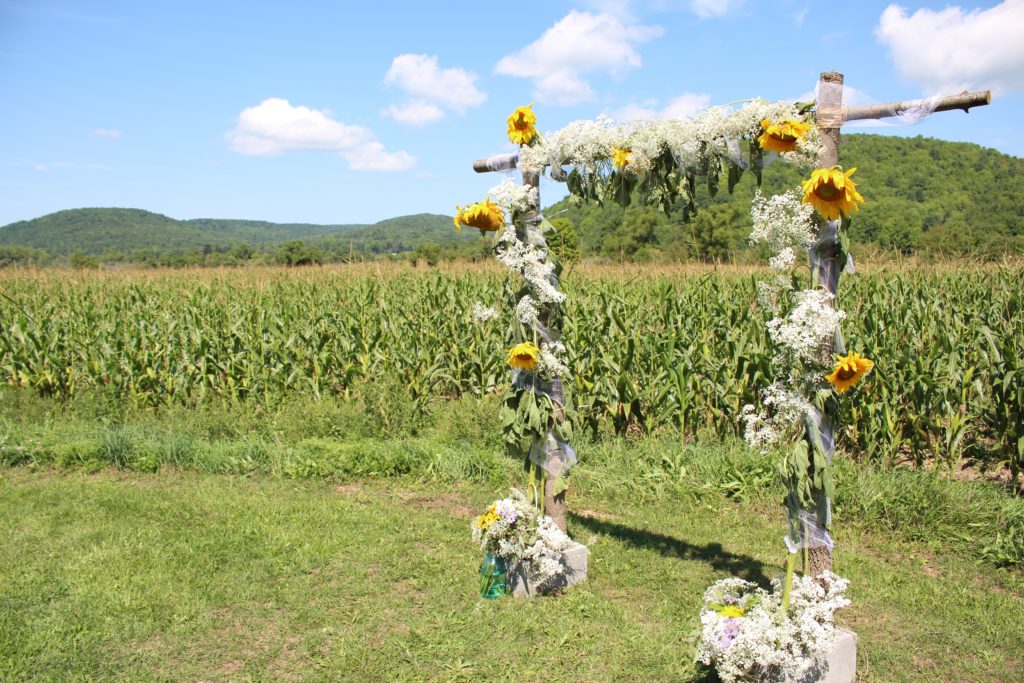 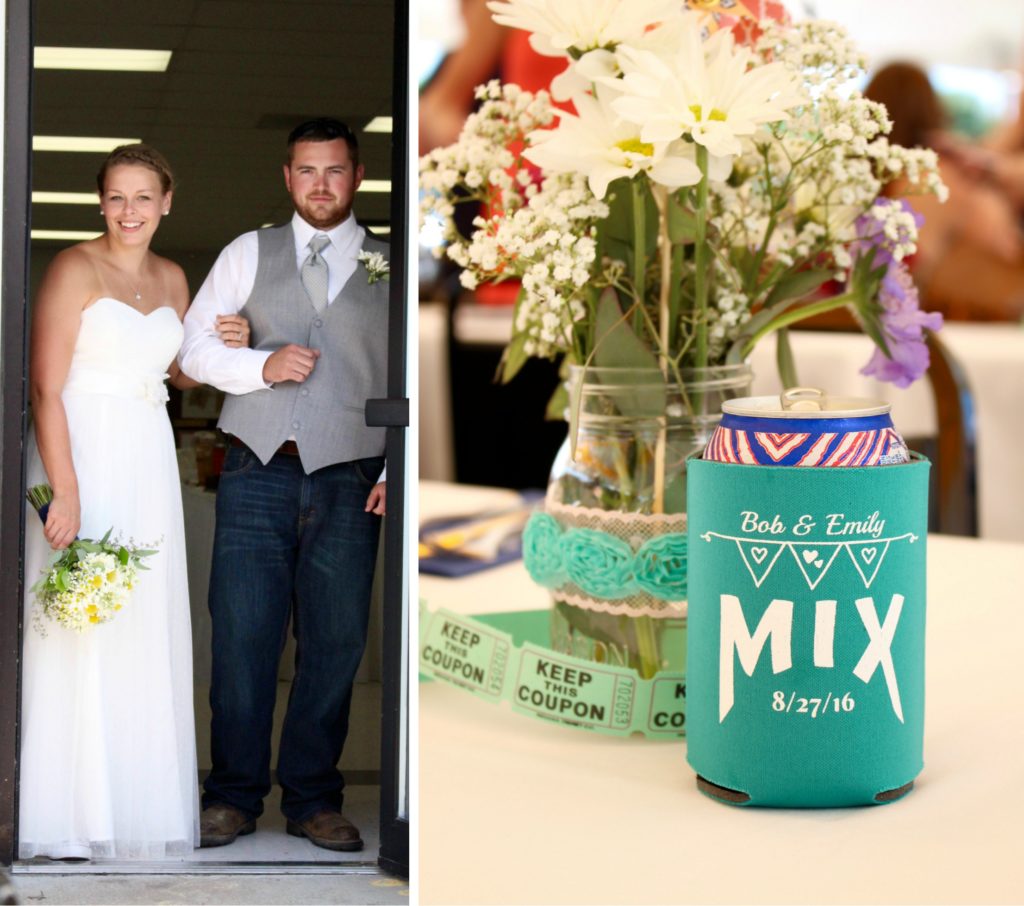 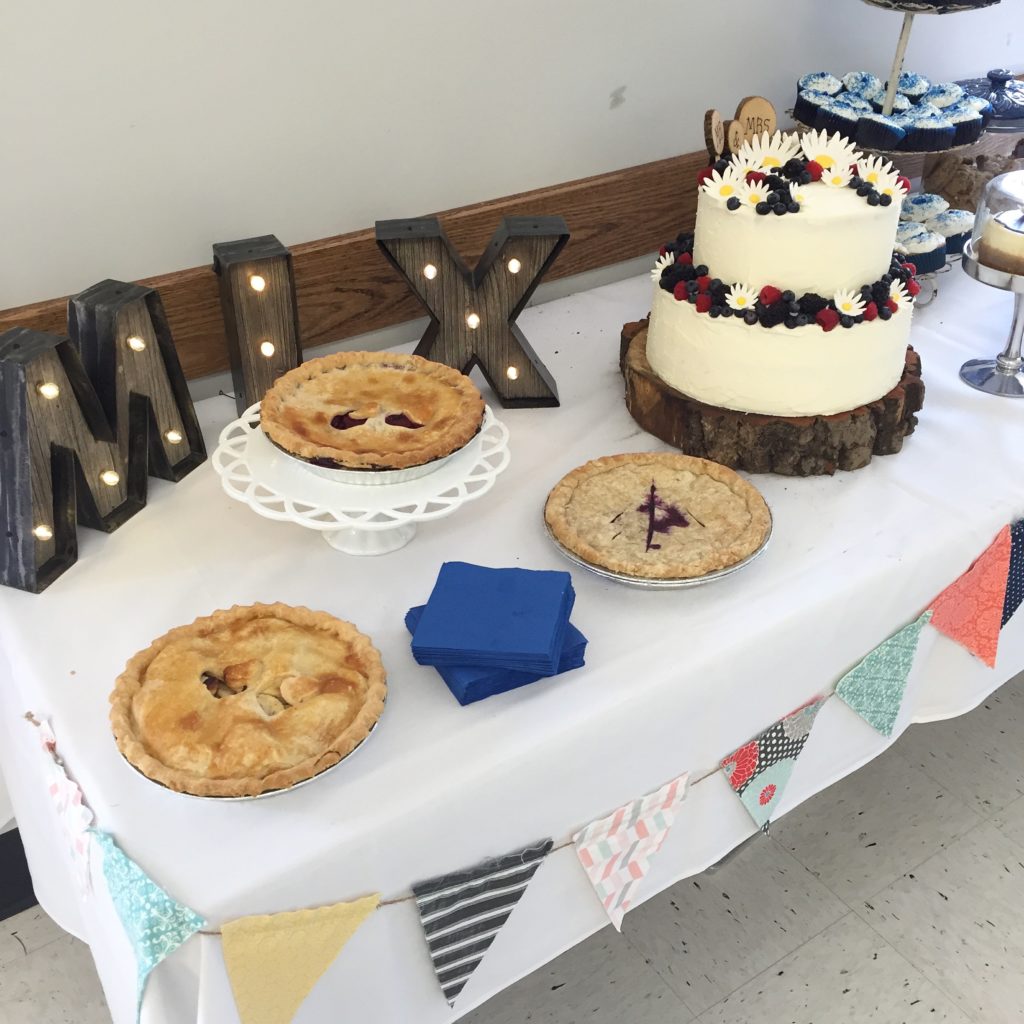 Photo booths at weddings should be mandatory. Congrats again Em and Bob!! #meetthemixs 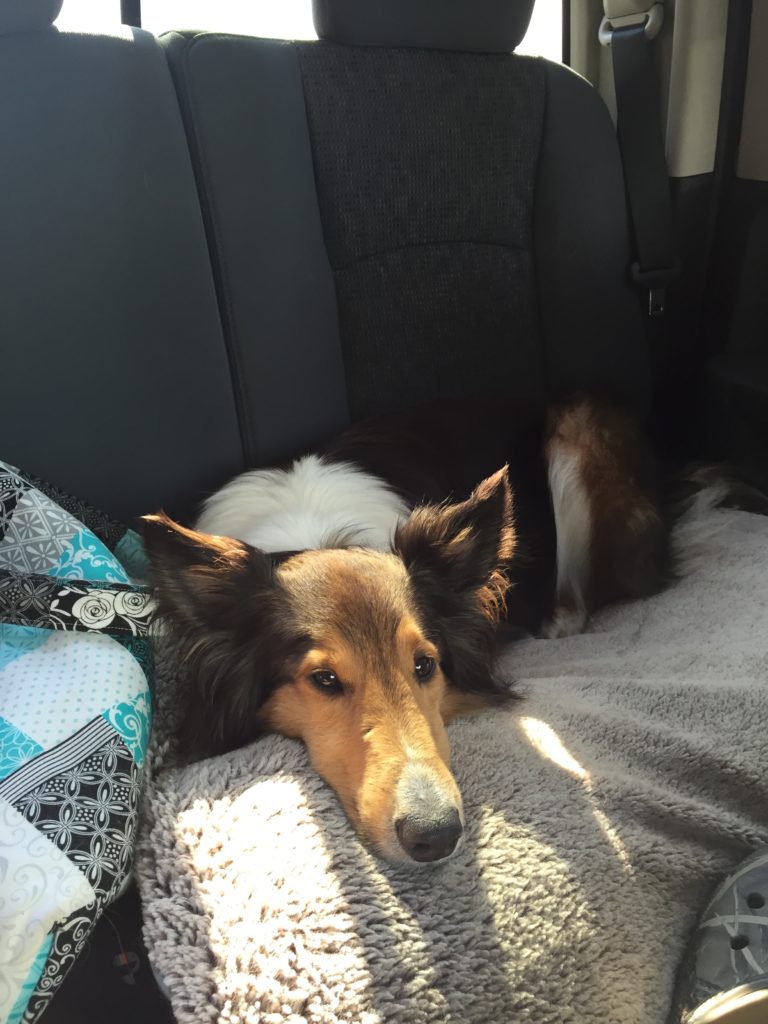 After dancing all night, my parents and I set off for their new house near the beach in North Carolina. It’s a 12 hour drive so it took all day but it wasn’t bad at all! We took Dexter too and he’s got to be the best traveling dog I’ve ever seen. He was super happy when we got there though, and extra happy because unlike the house in New York, the one in North Carolina has a doggy door. He can run in and out to his hearts content and chase all the squirrels out. 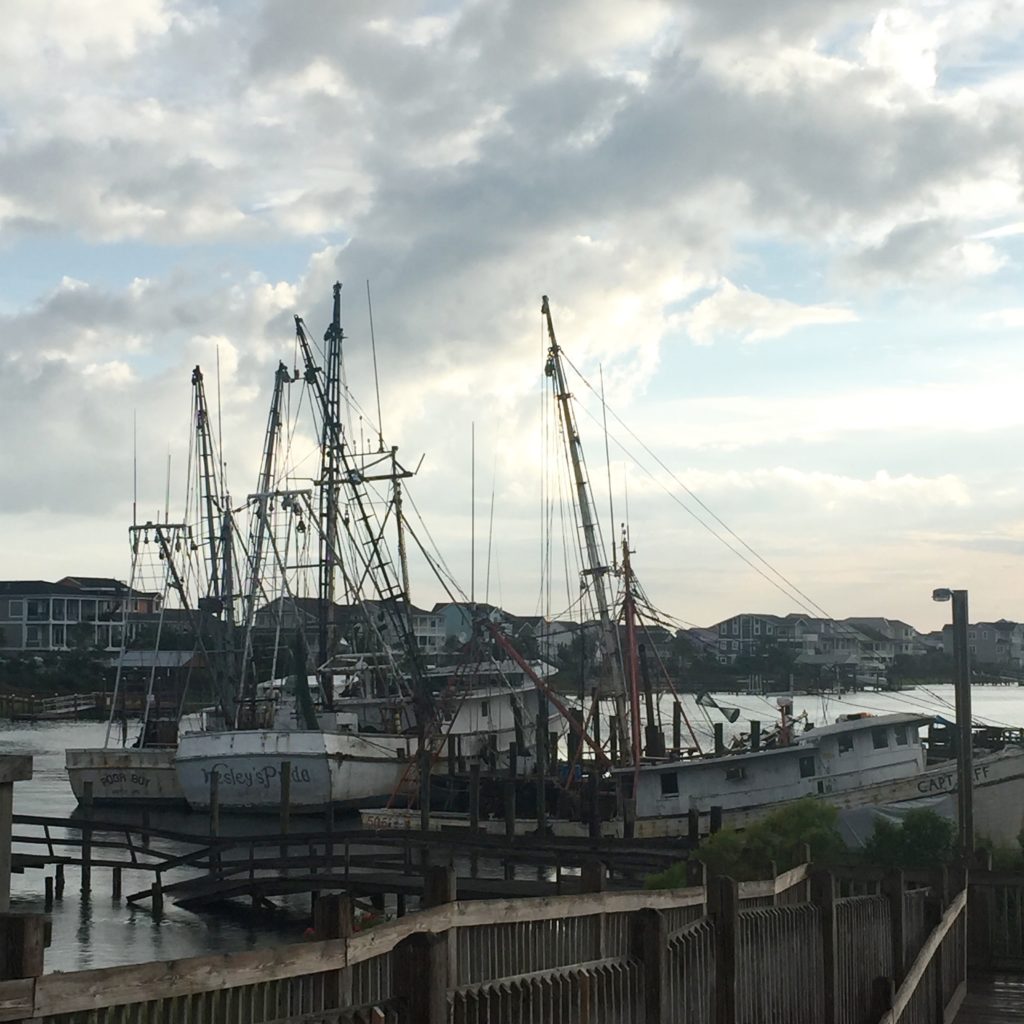 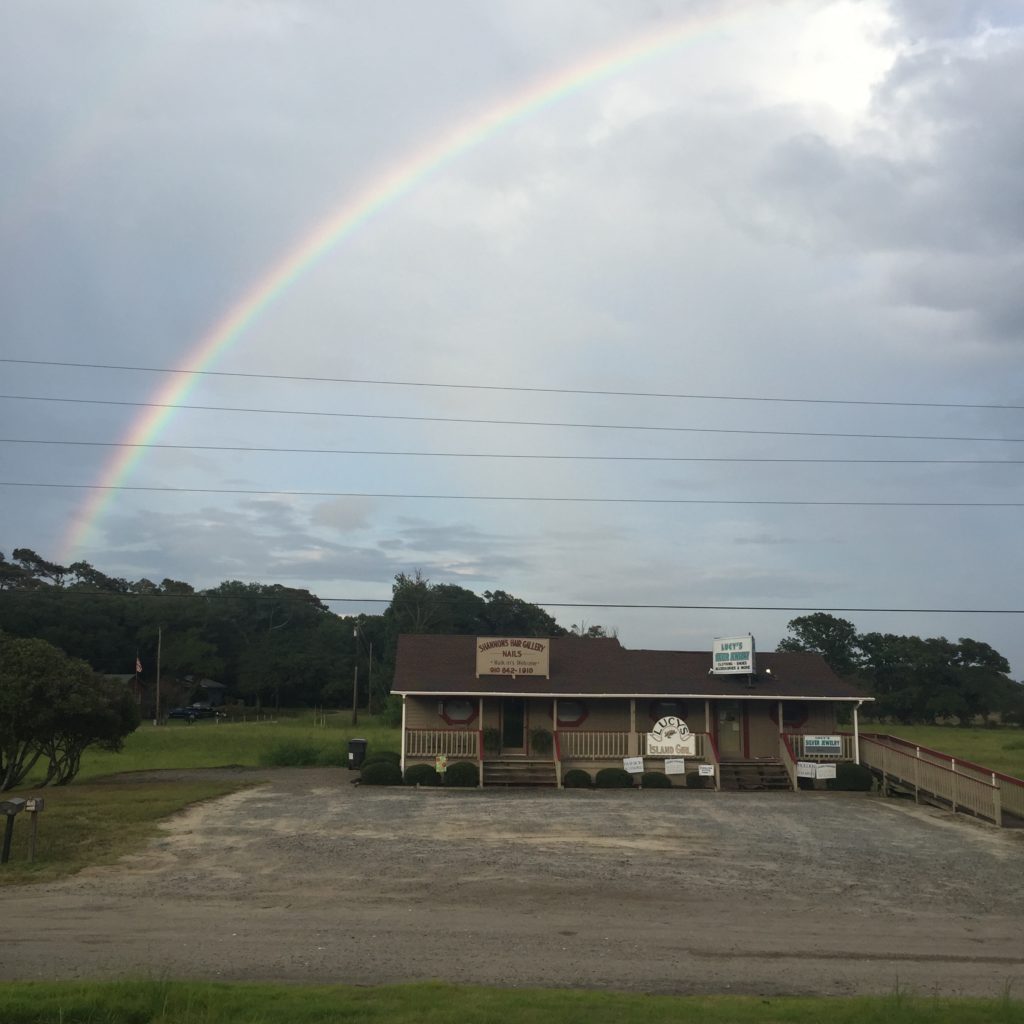 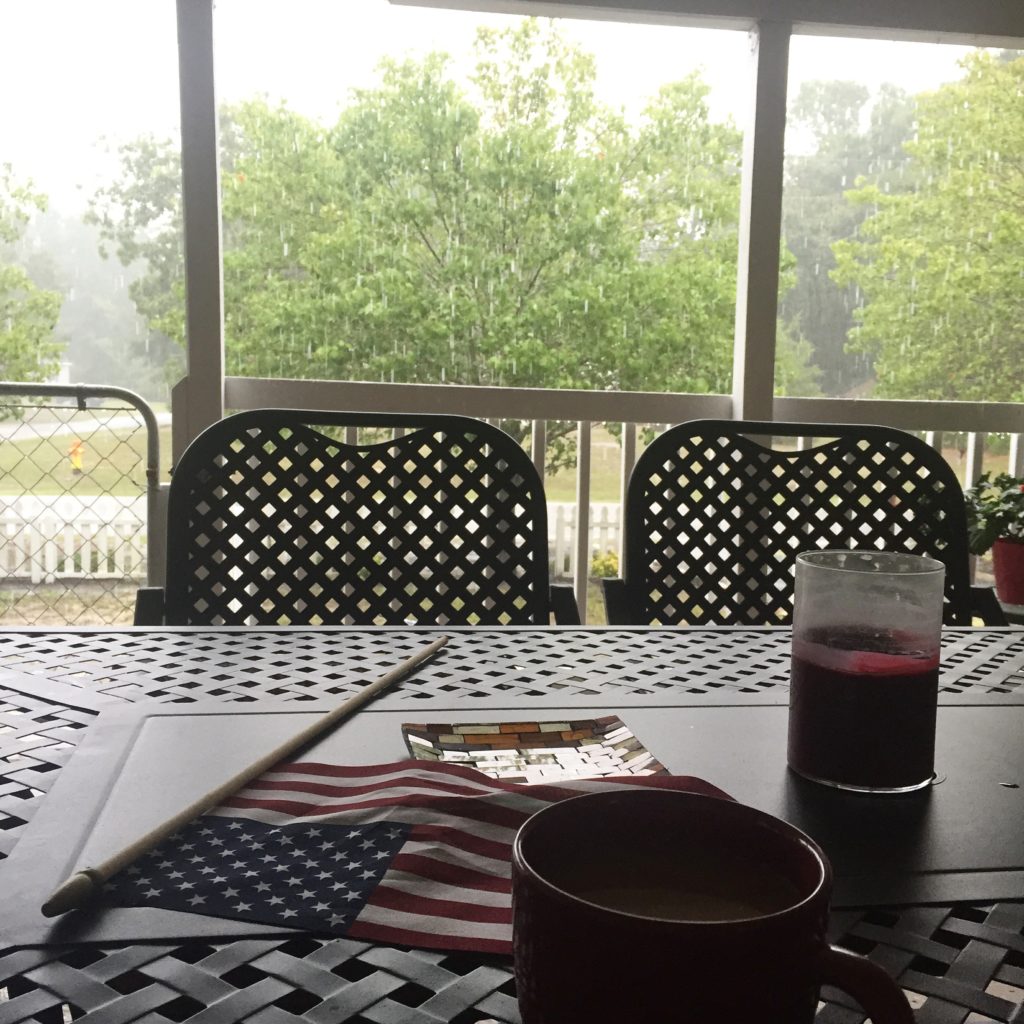 Almost the whole first week we were there it rained, a lot. Hurricane warnings were in effect but all we got was a lot of rain, which quickly sank back into the sand when finished. 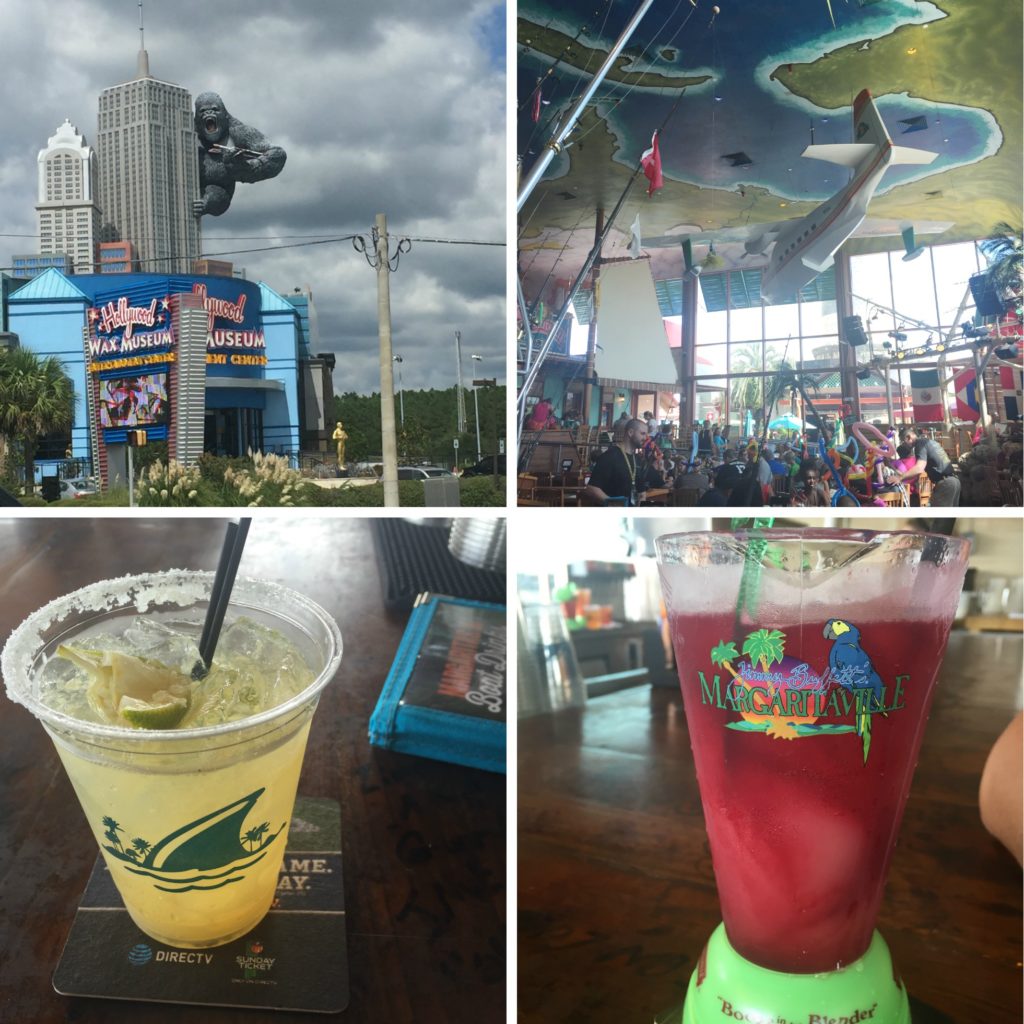 We went to a complex close to Myrtle beach that had a Margaritaville, so of course we had to get margaritas. My mom and I went for premium ones while my dad opted for the fruity frozen blueberry one in a souvenir glass. Not surprised. We then popped down to the boardwalk which my parents in all their trips down haven’t been too, even though it’s only about an hour from their house. 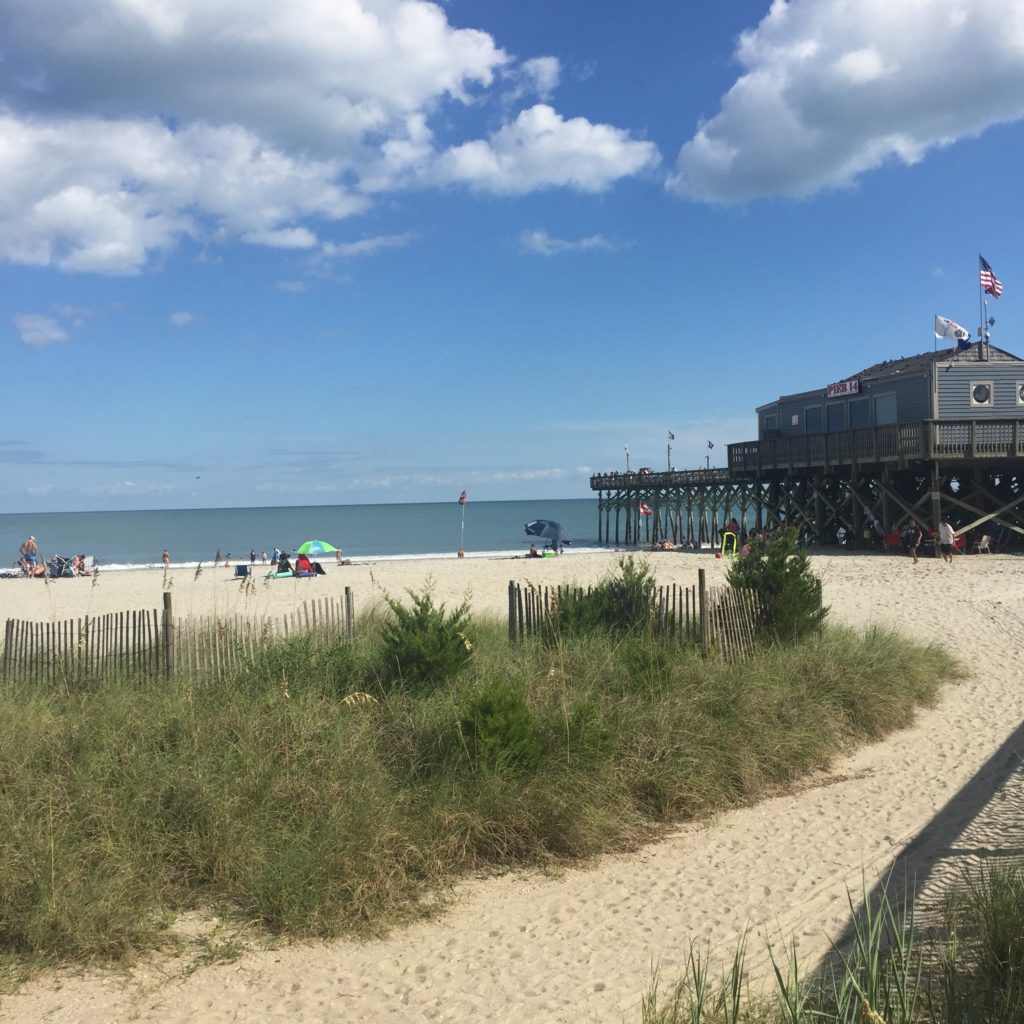 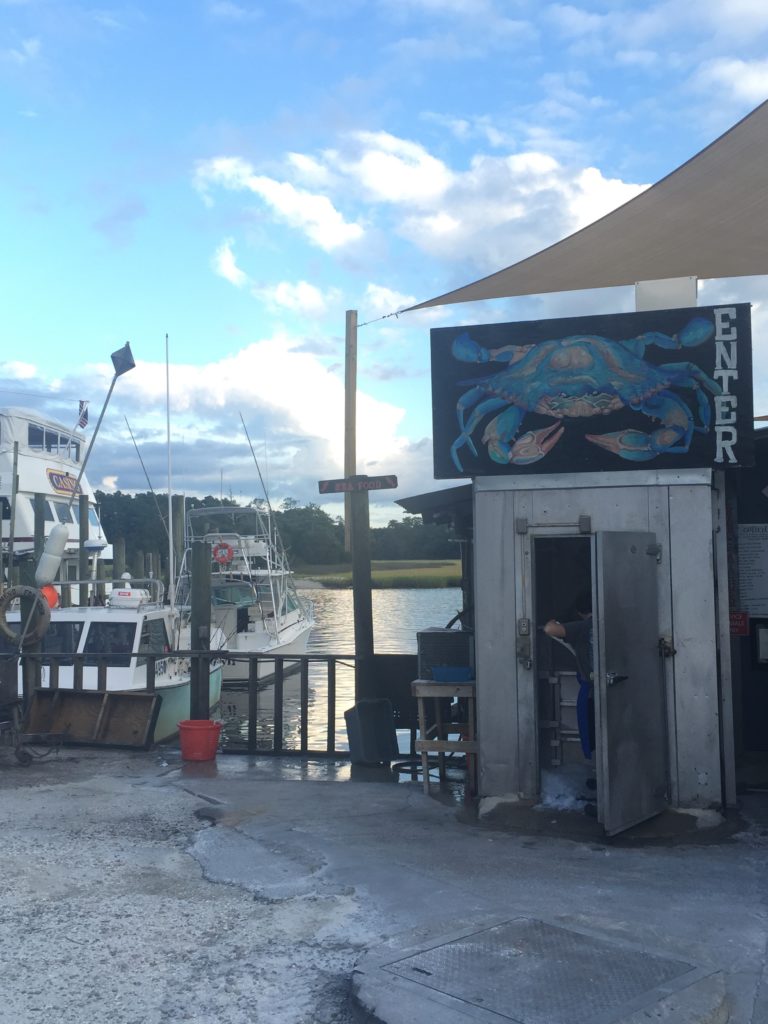 We hit up all my parents favourite little restaurants and seafood hot spots, and weren’t disappointed. My parents kept commenting how busy it was though as it was around Memorial day weekend. 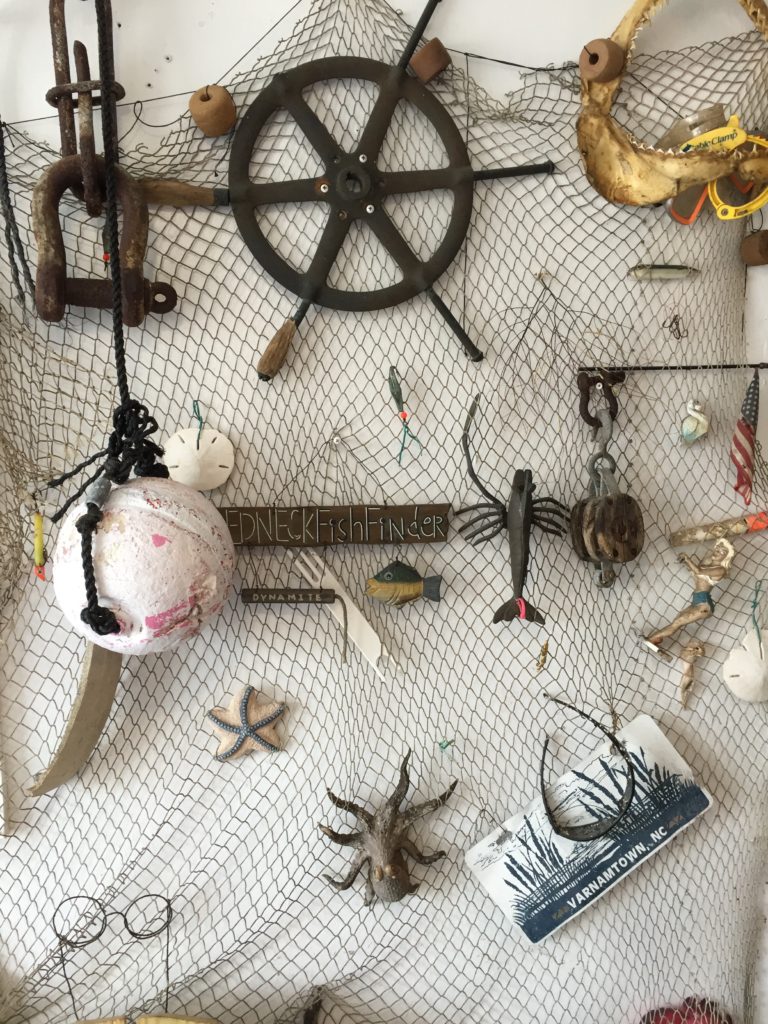 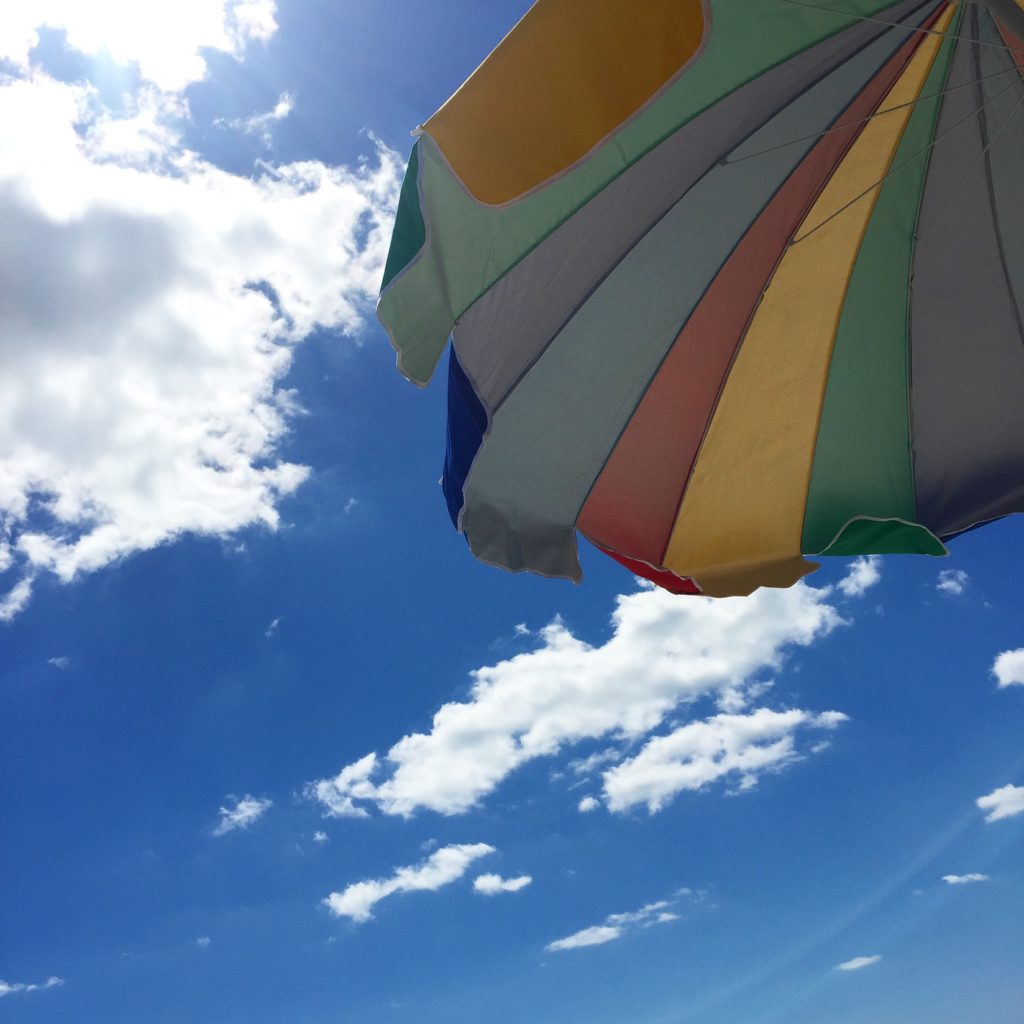 Even though we had a few set backs, we spent a few days at Holden beach, which is about ten minutes from my parents house. It was sooooo nice and the water was so warm it was like bathwater! Our first day I got extremely sunburnt on my back despite putting lots of sun lotion on so had to cover up the other days. The beach is just no place for a pale person like me.

Found my dream house/houses! Who wants to move to the beach with me? 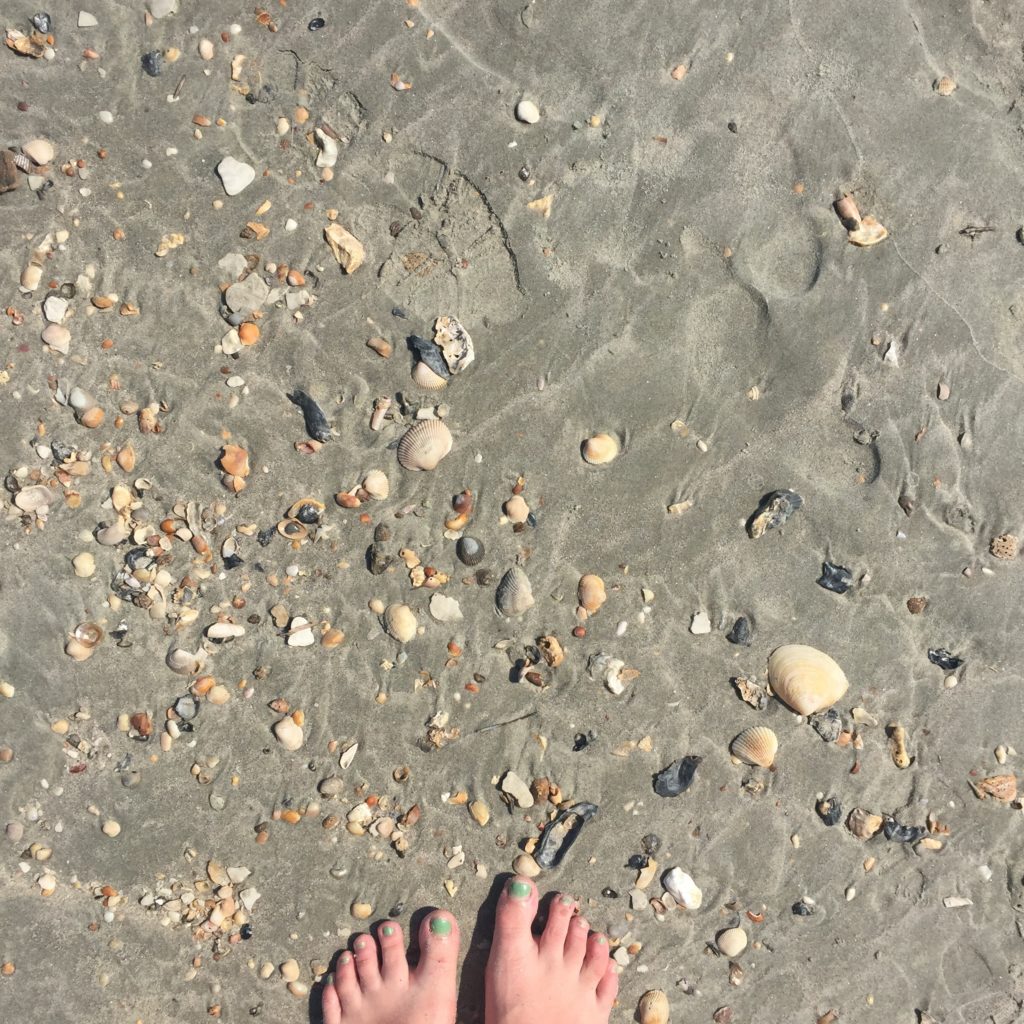 I collected almost a full bag of sea shells, even while being picky. I did not however build this sand castle but was impressed with whoever did! 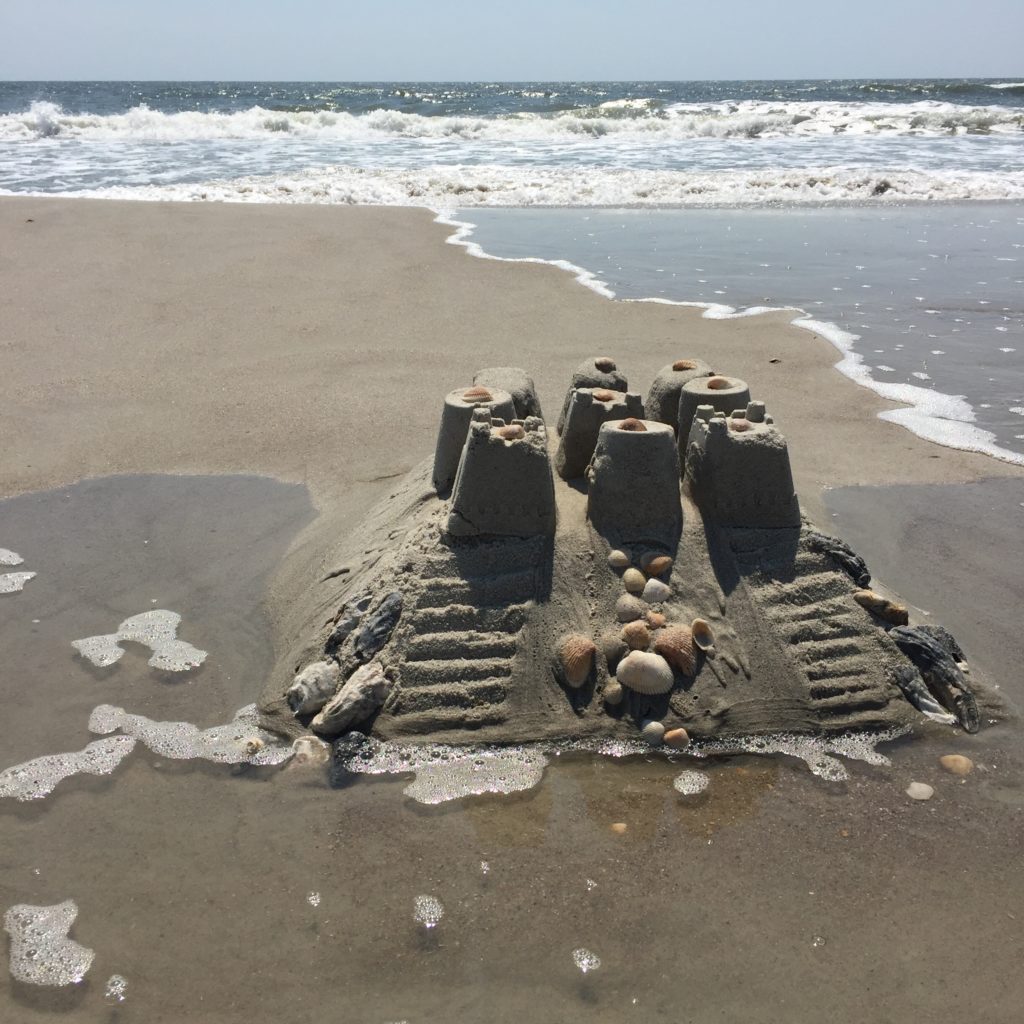 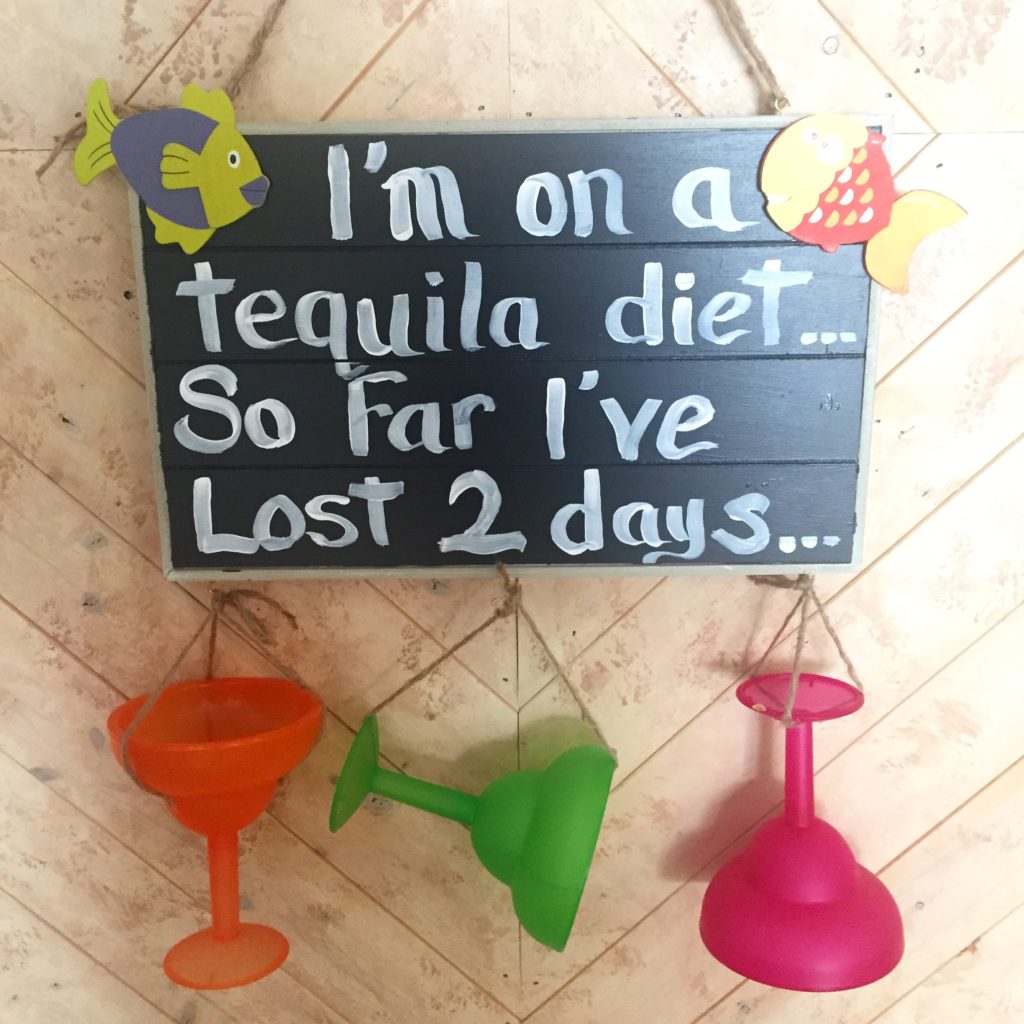 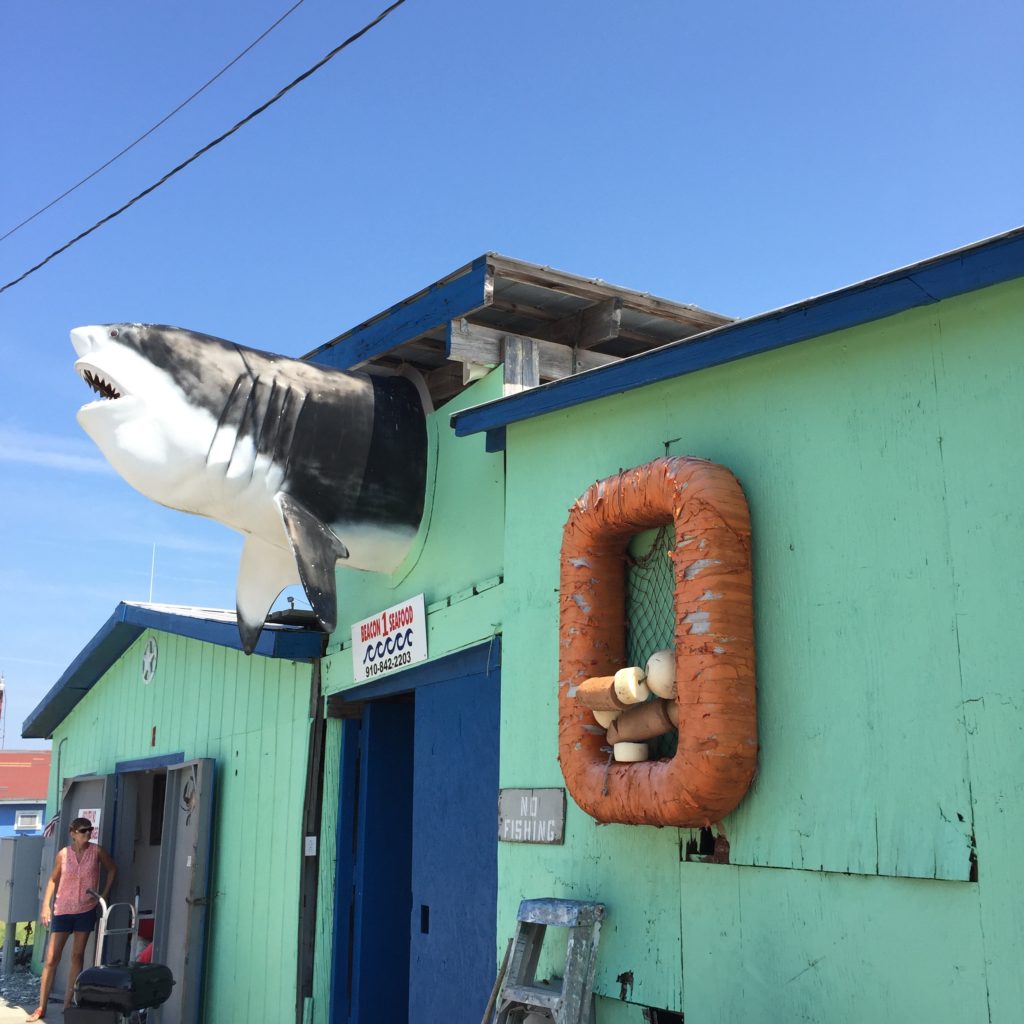 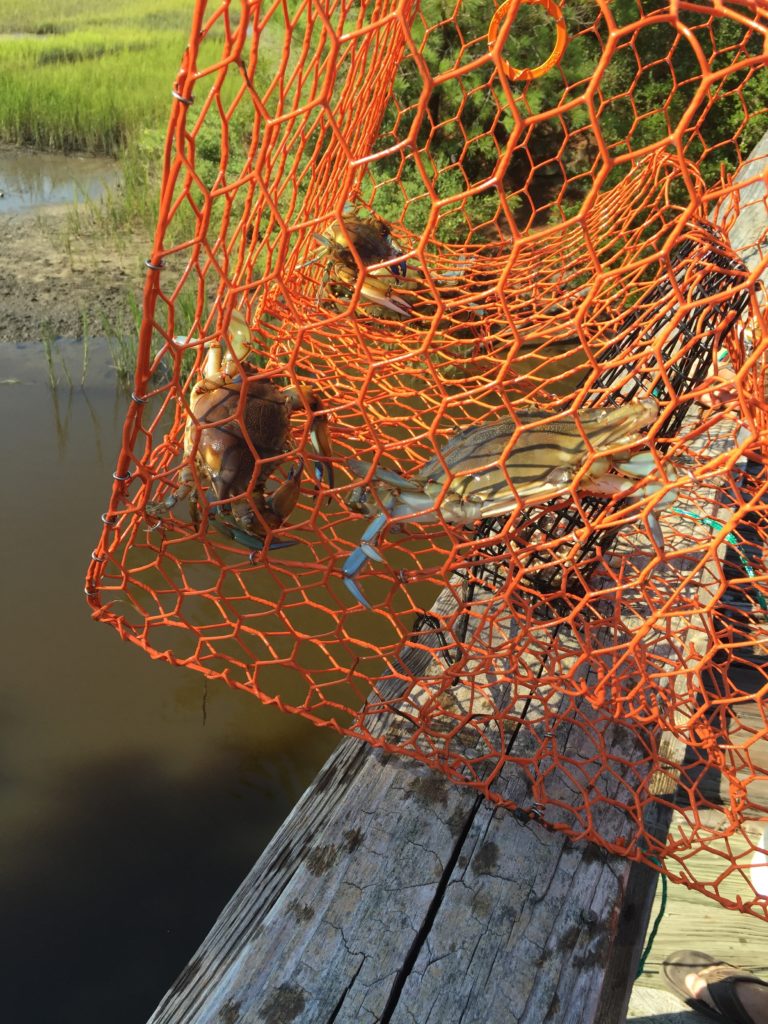 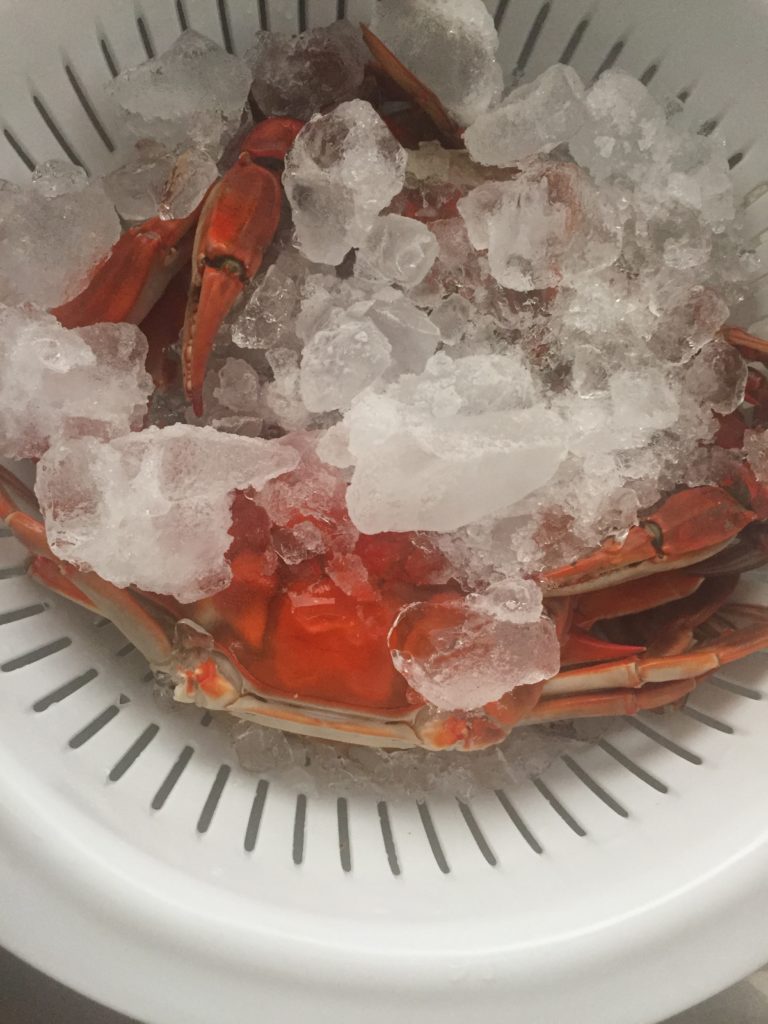 Only the last week we were there my dad discovered that people were catching crabs off the little bridge near their house. So while we were in town doing some shopping my mom picked him up a crab pot. We caught 13 total keepers in three days! They were a little finicky to get all the meat off of (especially without crab tools) but we worked at it and made a nice crab dip. We had such a nice two weeks, I can understand why my parents want to spend every spare moment they have in North Carolina. We caught up with family friends, beached it, and drank one too many margaritas. The perfect holiday. Can’t wait to do it all over again at another cousins wedding next summer!