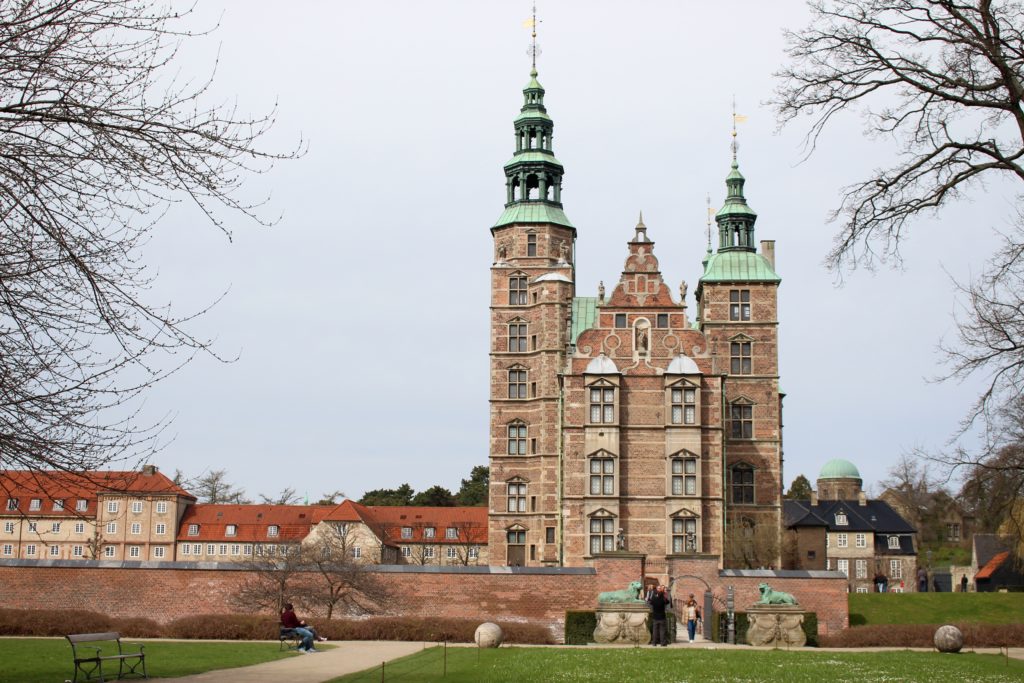 Copenhagen surprised me, again and again. With not knowing what to expect, I was rewarded with interesting architecture, colourful buildings, everything within walking distance, and a castle in a park right near the city centre. I’d never heard of Rosenborg Castle, and if we didn’t stumble upon the royal palace we might not have visited. I’m so glad we had time to go because it was one of my favourite things we did. 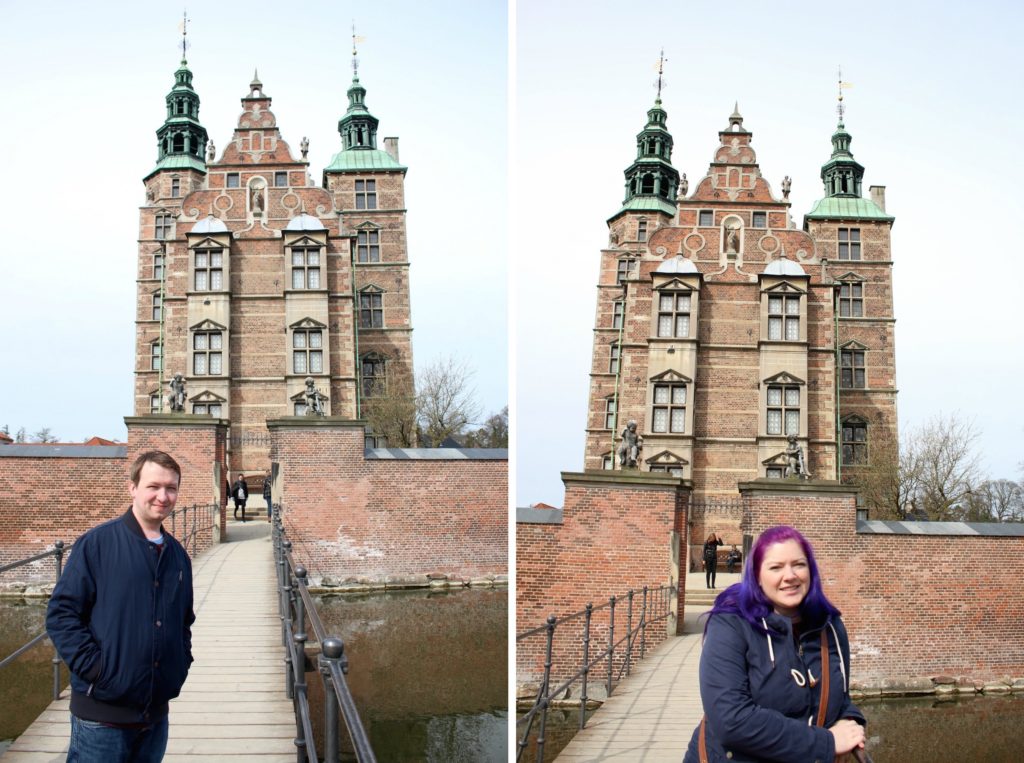 Token pictures outside of the castle to prove we were there (there ya go Mom, I’m in a photo!) 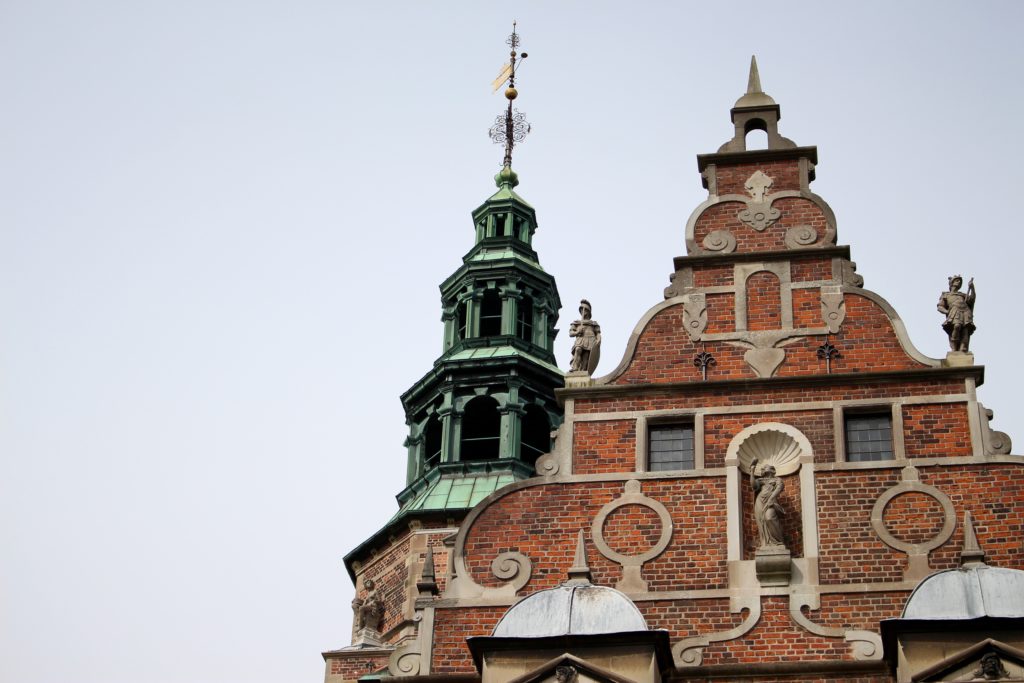 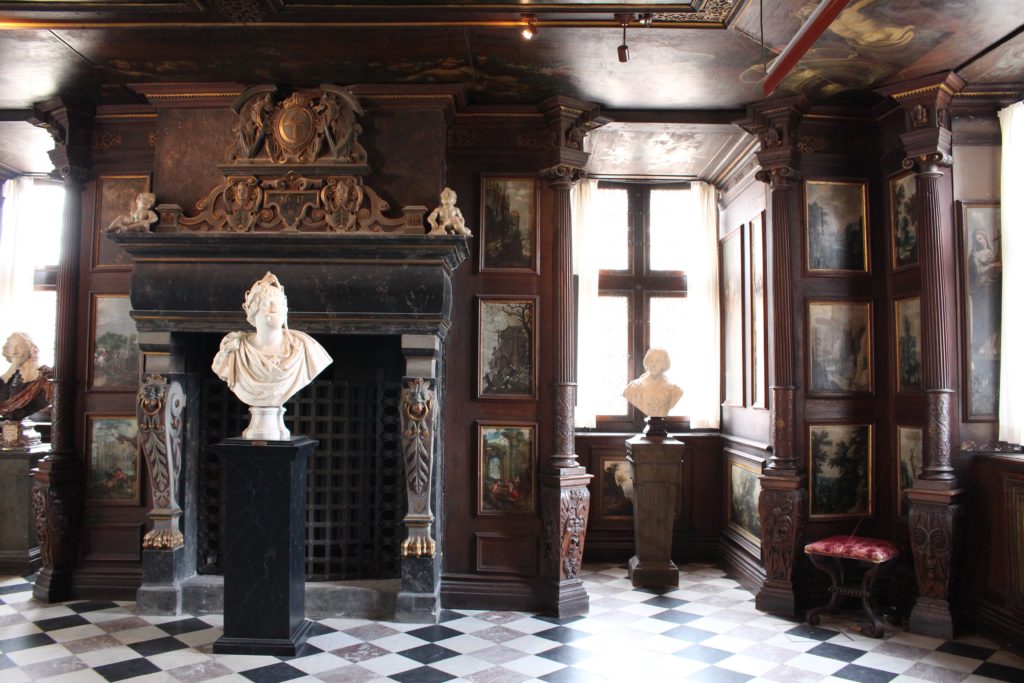 When we walked in I was actually surprised at just how grand it was. I mean, this oddly shaped palace in the middle of the park housed a different style room filled with paintings and fine things. I’ll go as far as to say it’s one of the coolest castles I’ve been to, as I loved the quirkiness of it. 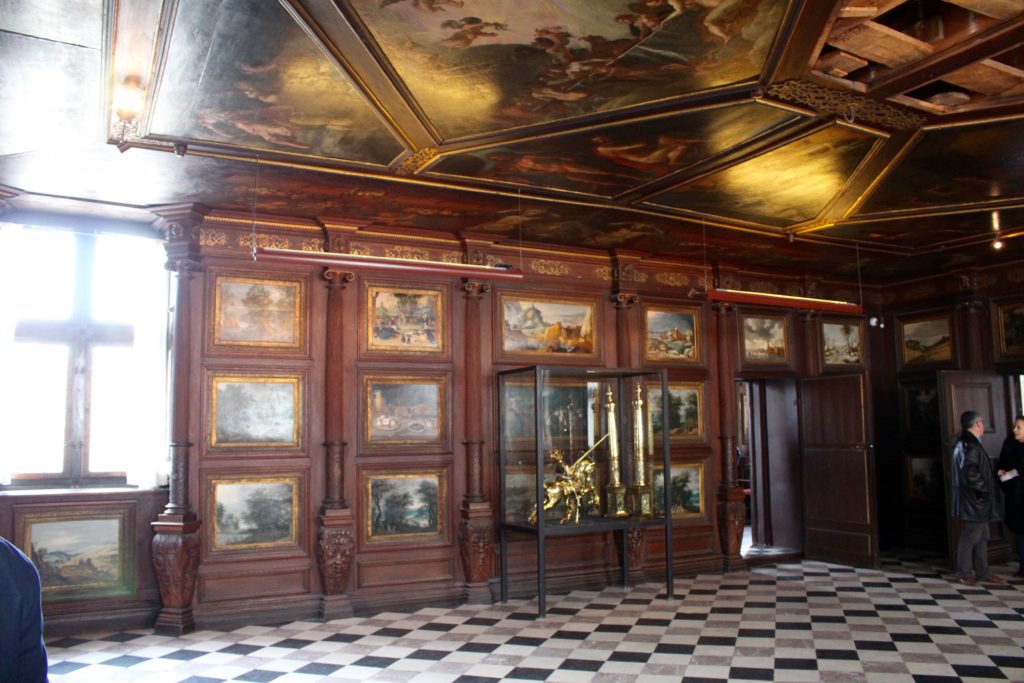 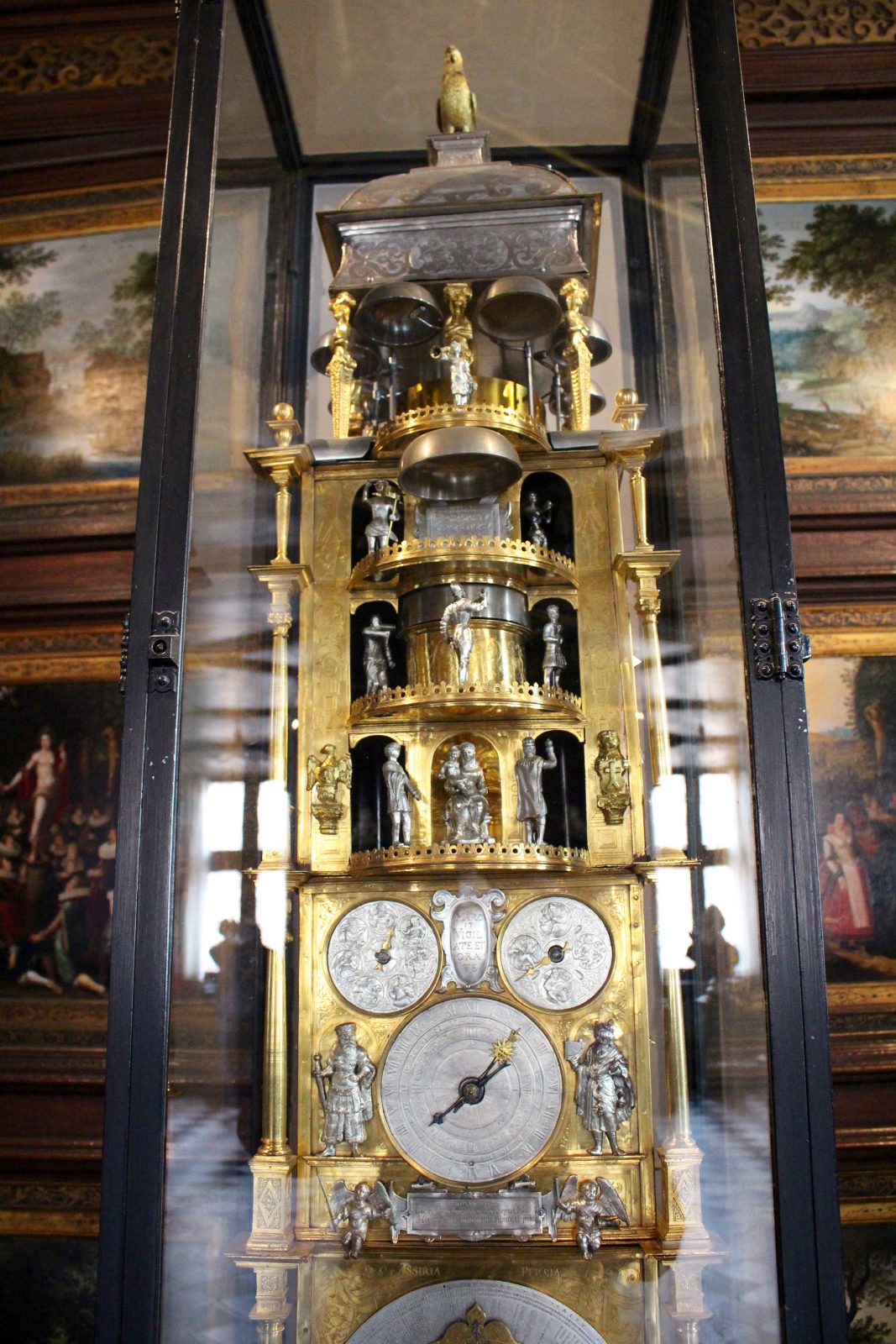 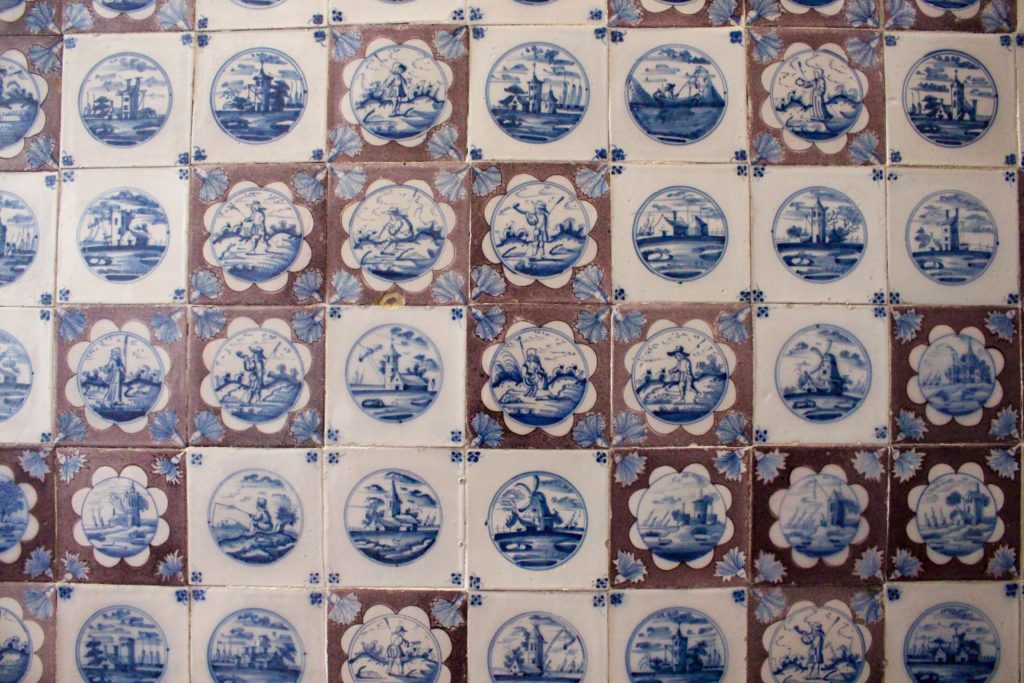 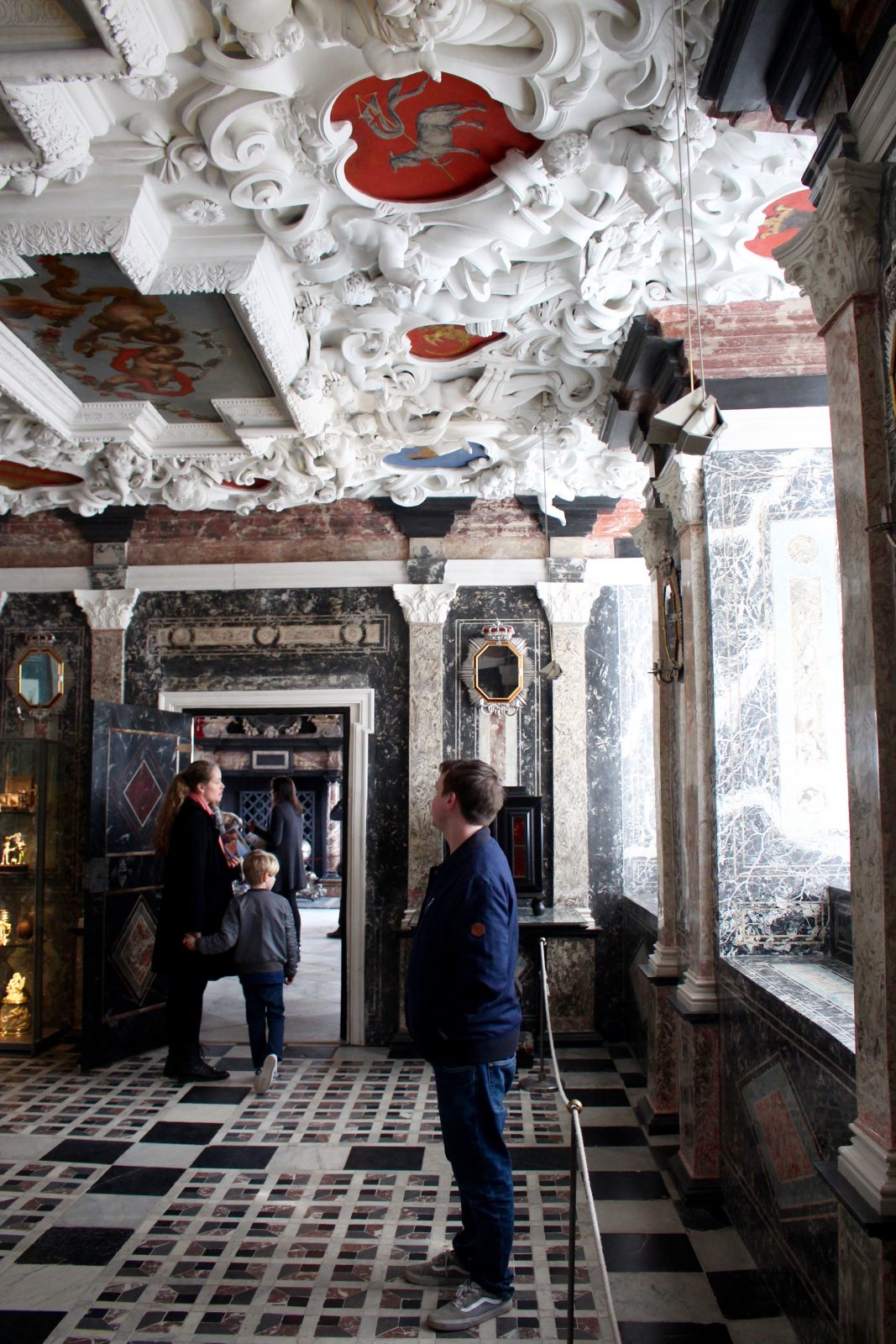 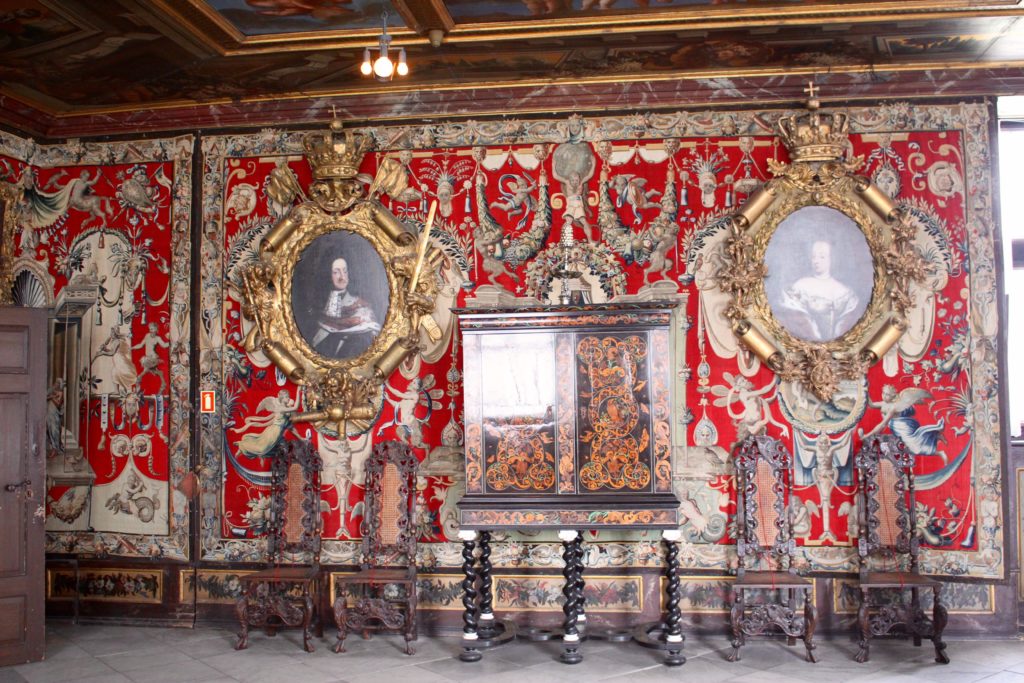 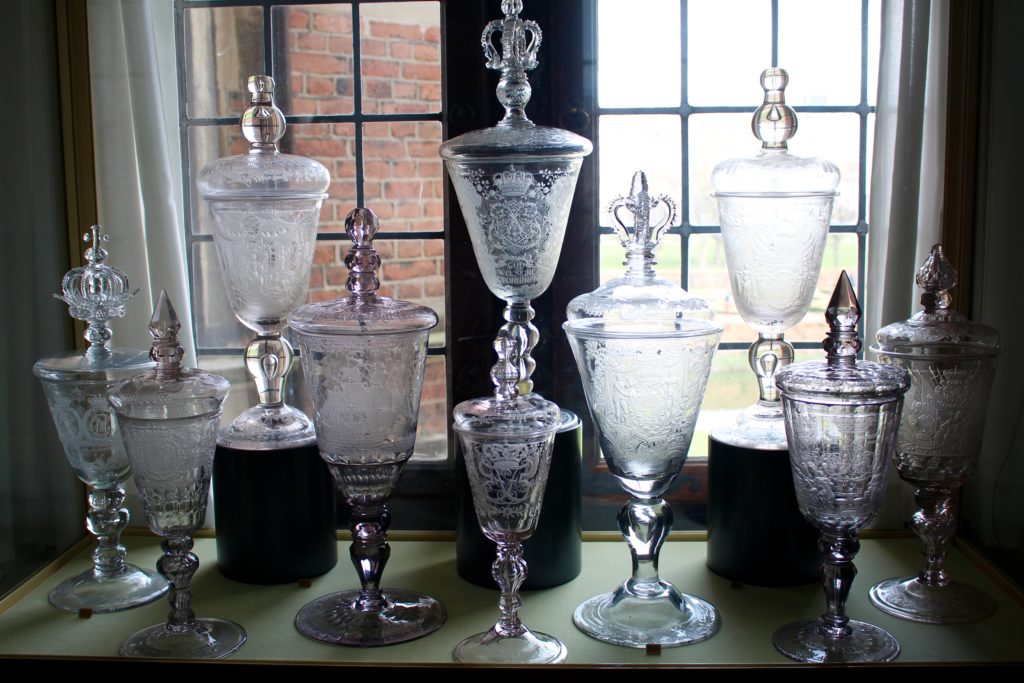 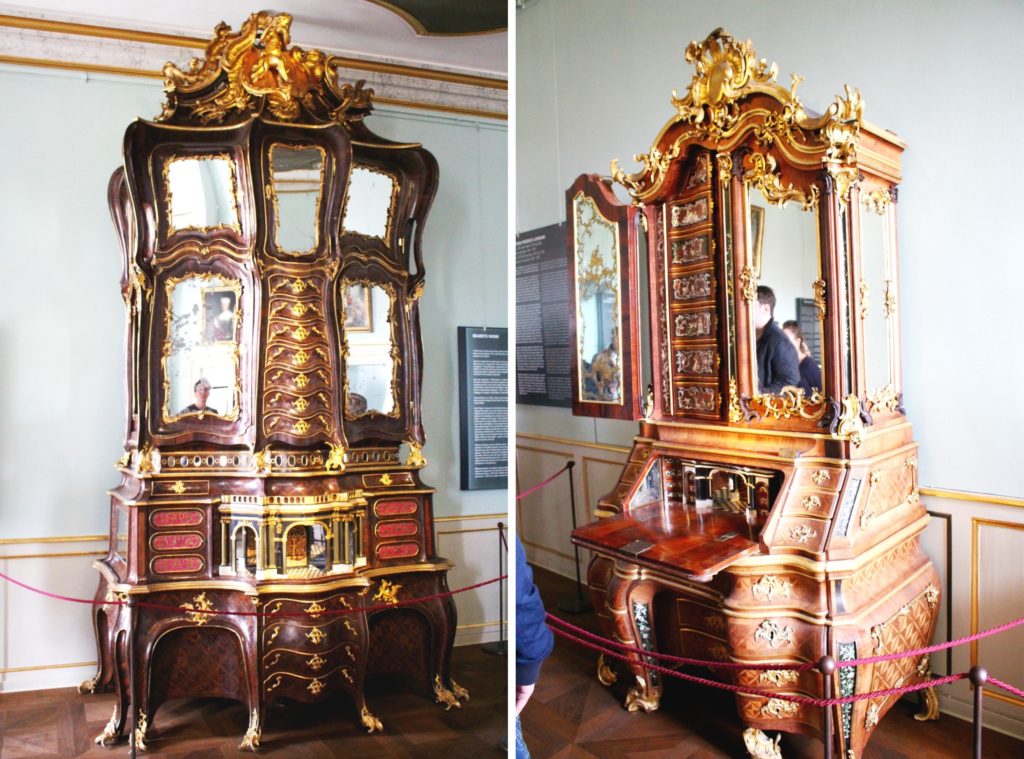 These are essentially giant music boxes believe it or not. The one on the left was restored so that it plays music as it was originally intended. Every half hour I think it was it actually plays. While cool, I expected drawers to move, or something to happen, but it is basically just a giant music box. 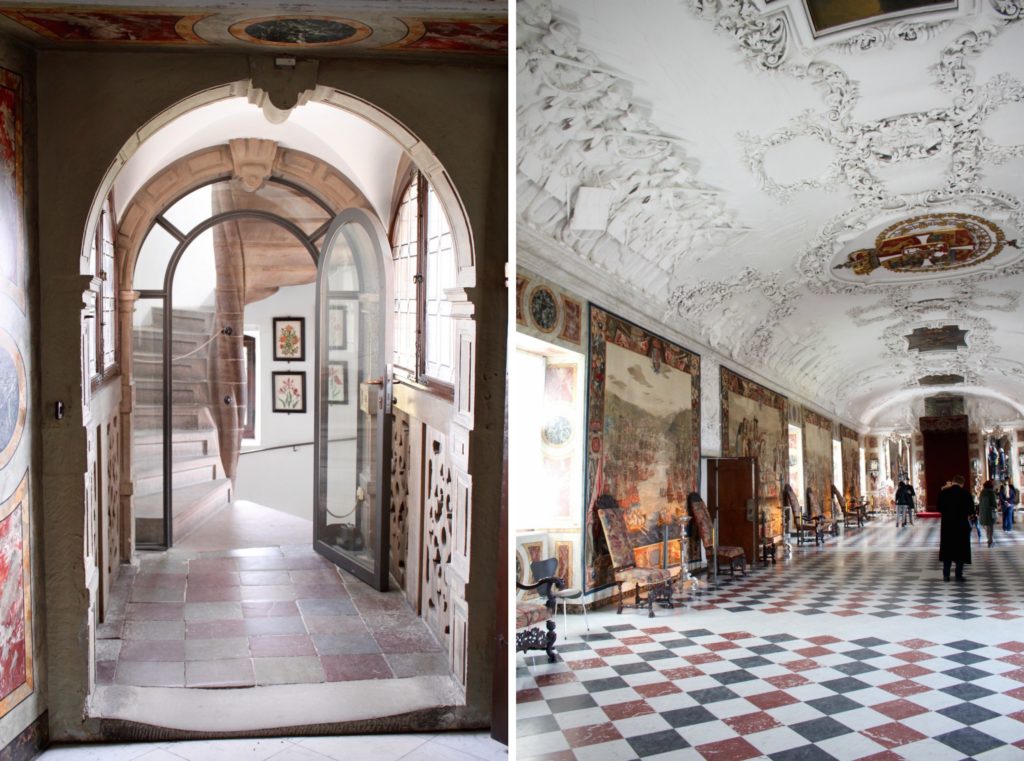 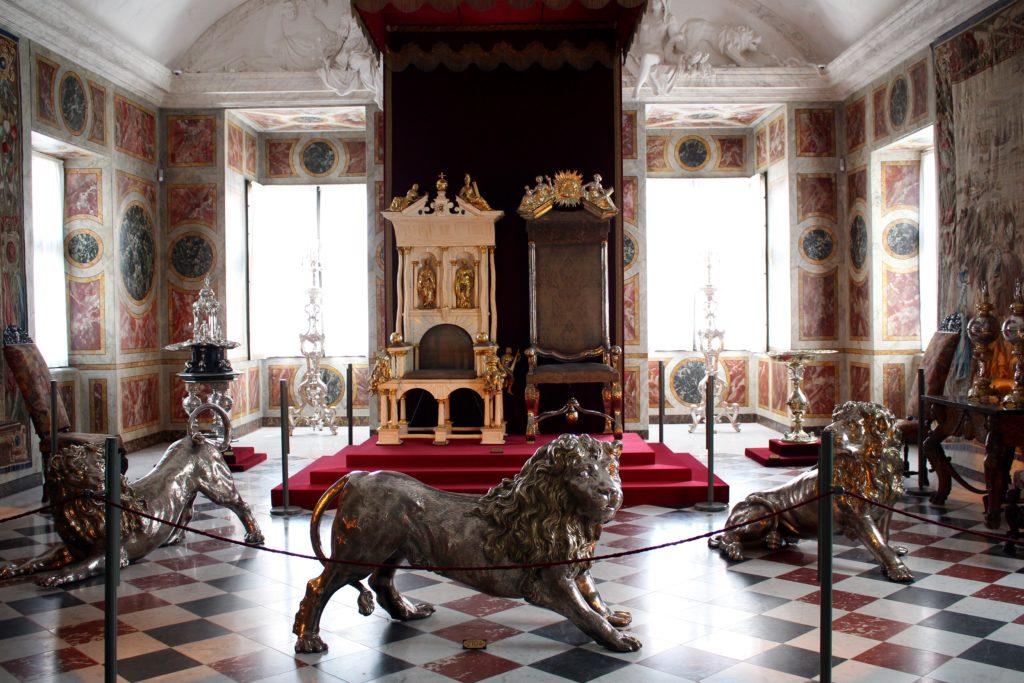 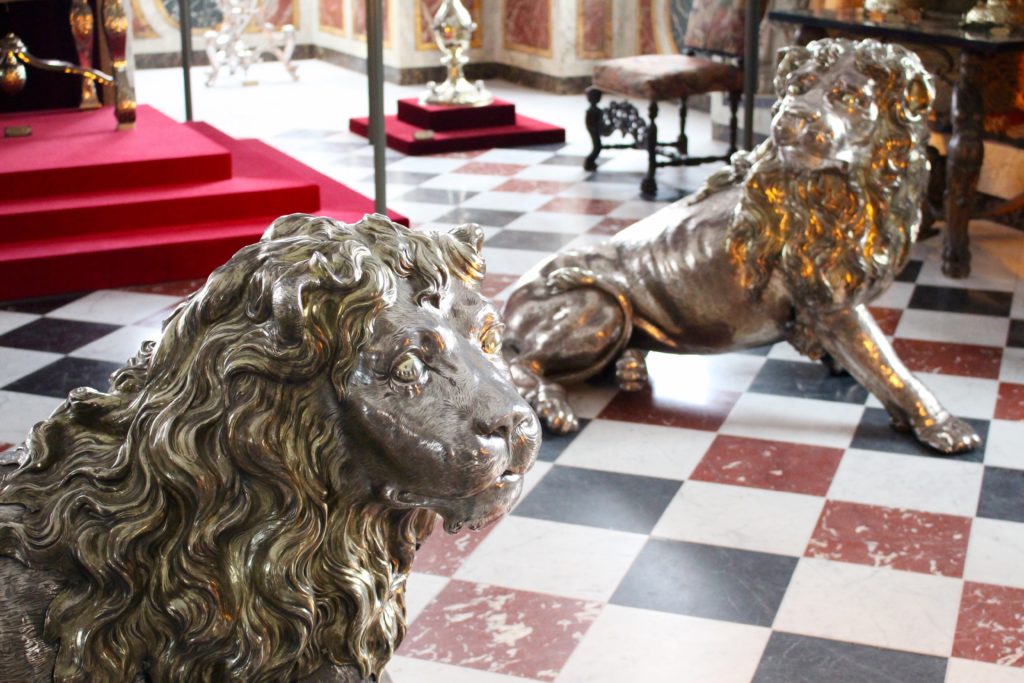 Fun fact about these lions, one of the employees looking after the room told me there were originally supposed to be 12 lions (from the story of King Solomon who had 12 lions protecting the throne) but they didn’t have enough materials and it would have been extremely heavy to have all 12, as the three enough are solid and quite heavy. They actually move the lions for royal occasions, and that must be a feat. 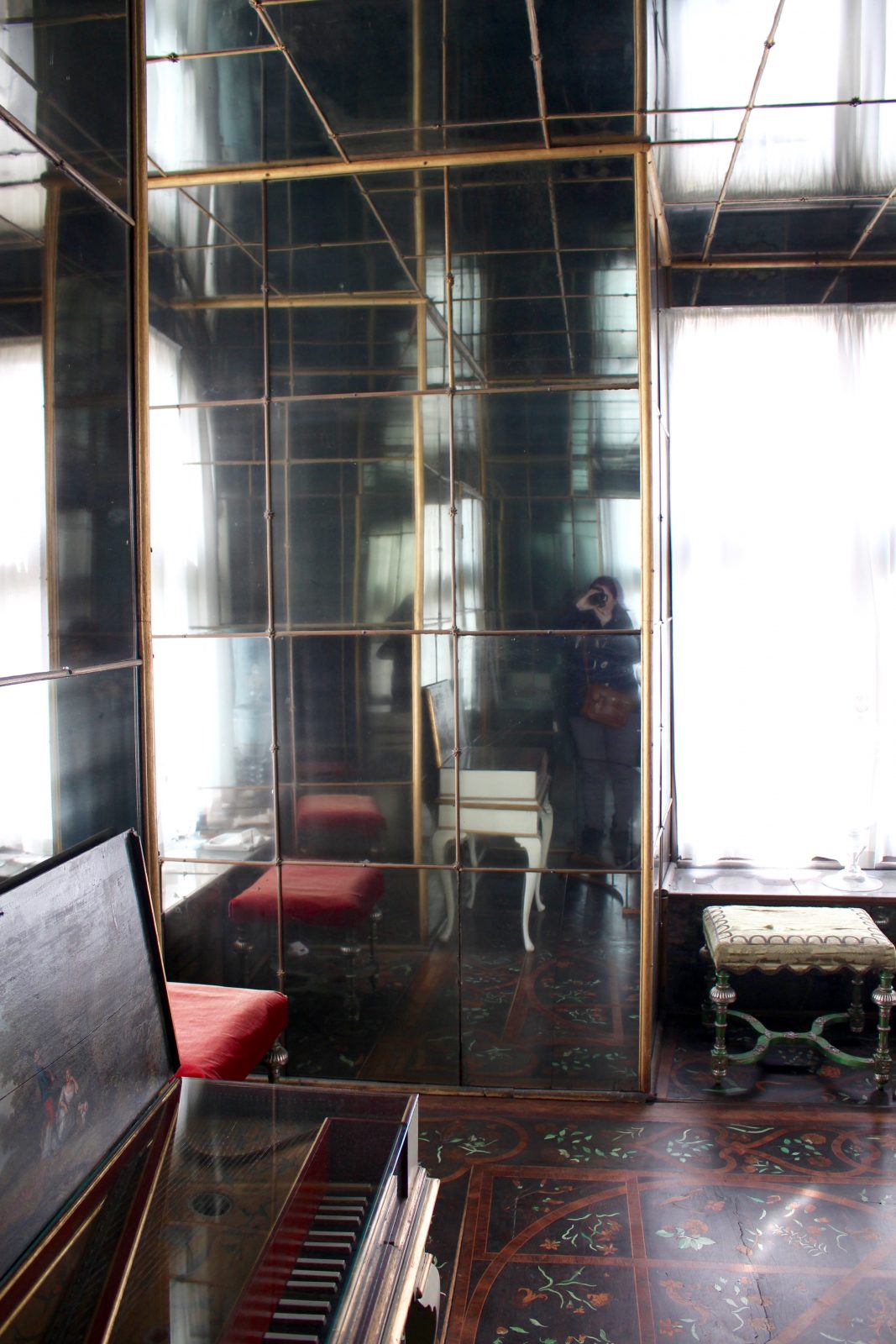 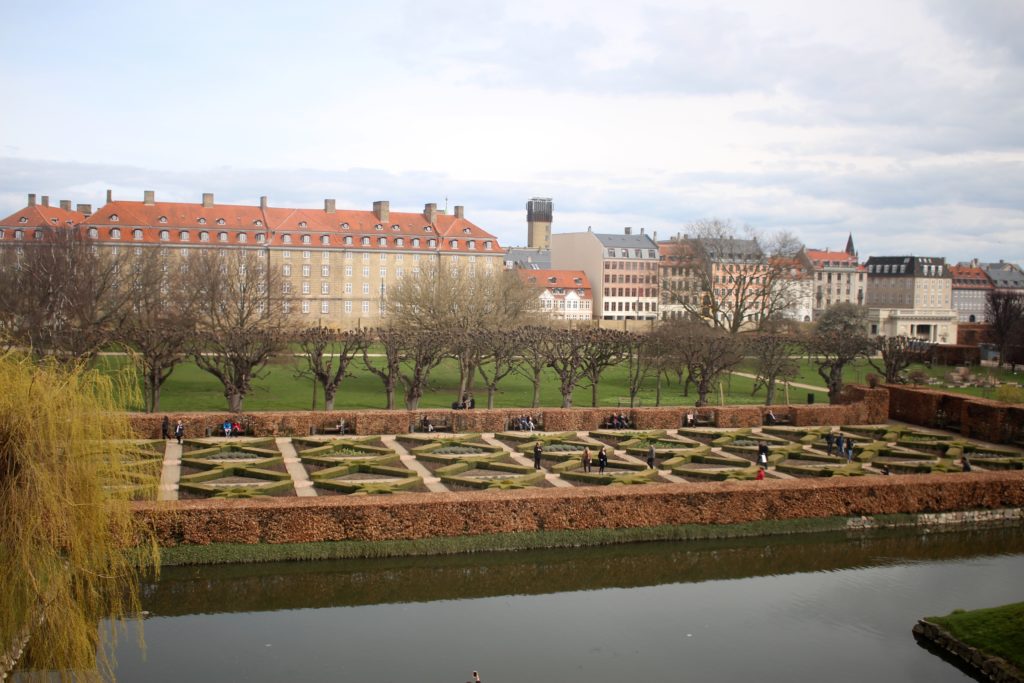 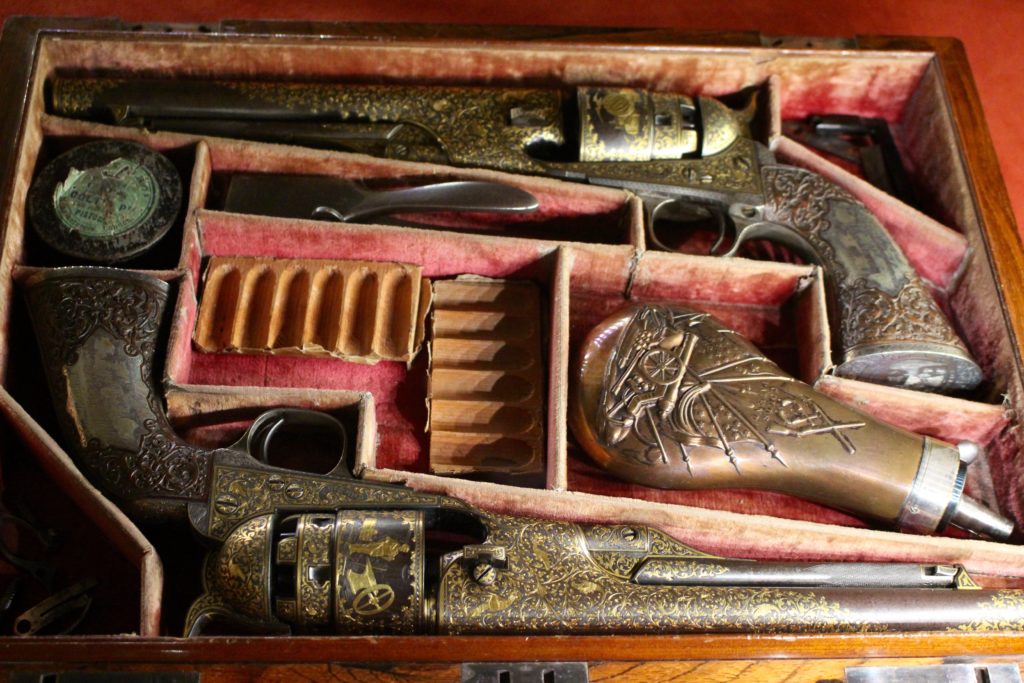 These revolvers were made by S. Colt and were a gift to Frederik VII from Abraham Lincoln in 1861 which I thought was cool so had to get a photo. 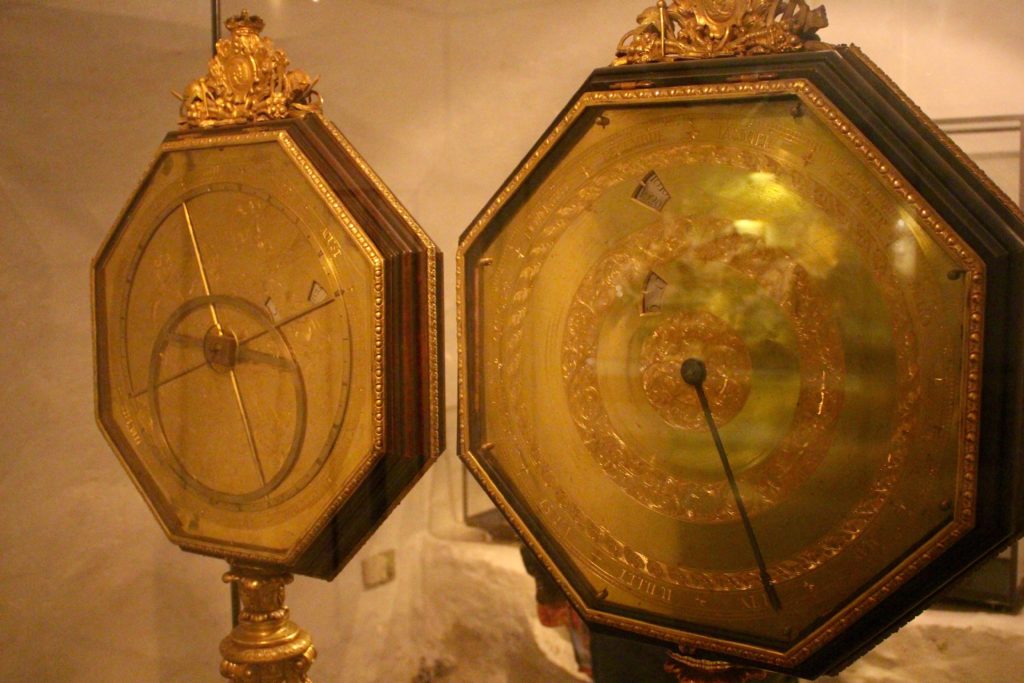 These are two planet machines created by Romer who discovered the speed of light. They were two sets created, these ones presented to the King. Denmark must have made a lot of important friends. 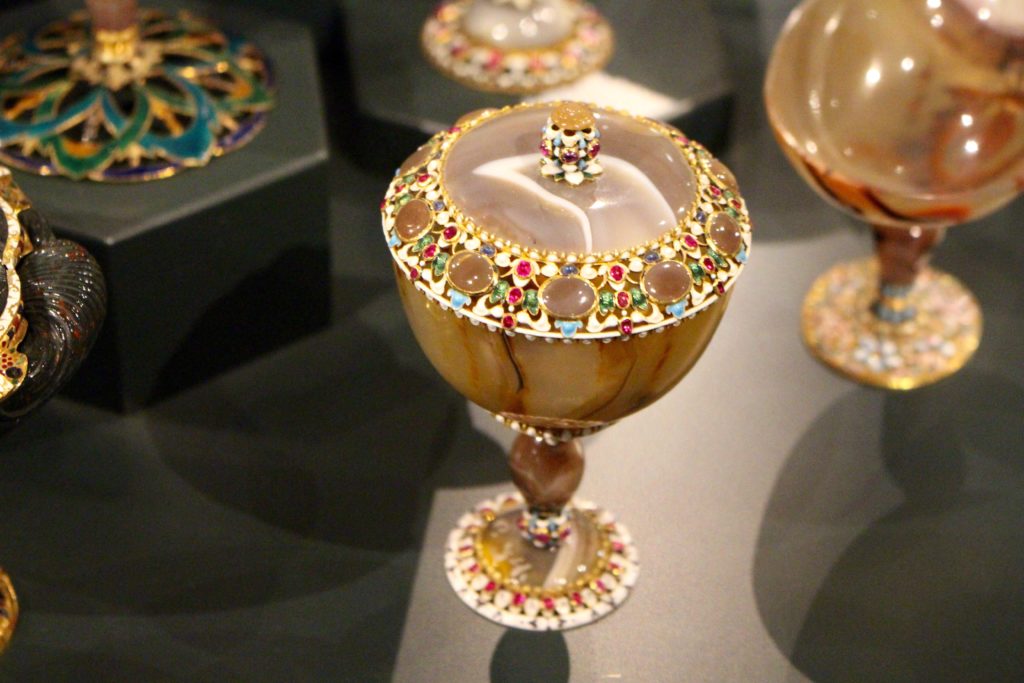 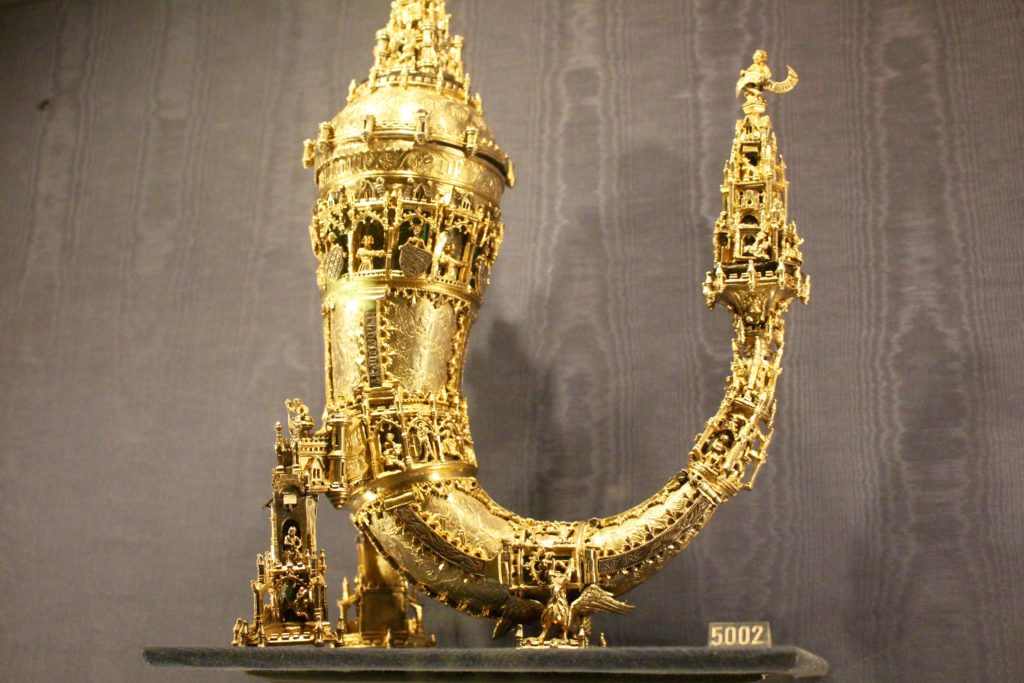 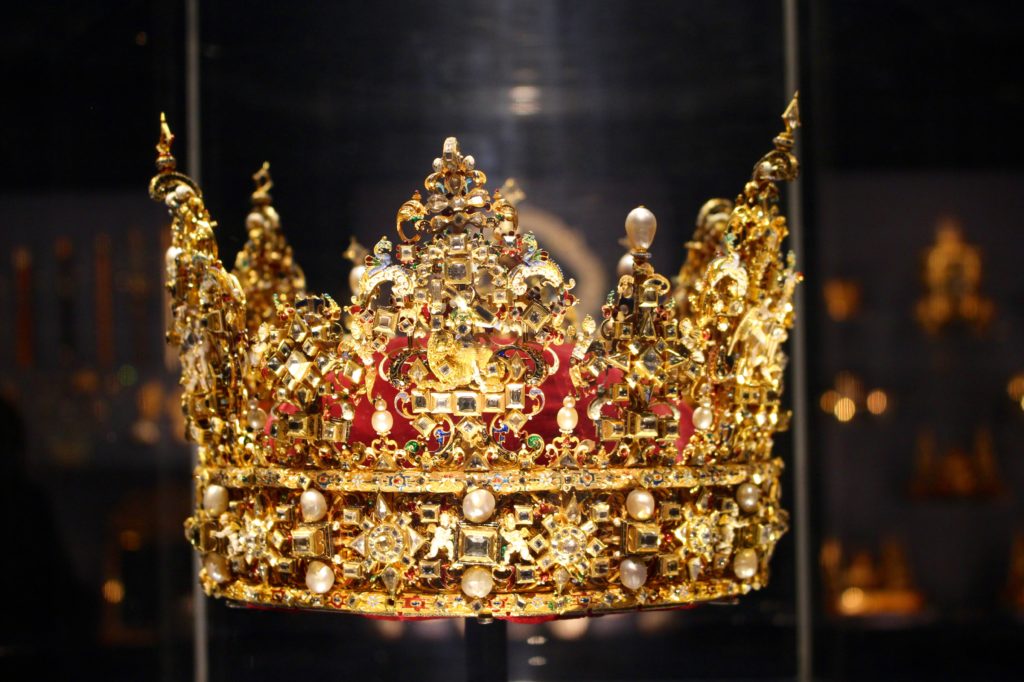 Rosenborg castle houses the Danish Crown Jewels, which may only be used by the Queen, and within Denmark. They are normally used a couple times a year at least for special occasions. 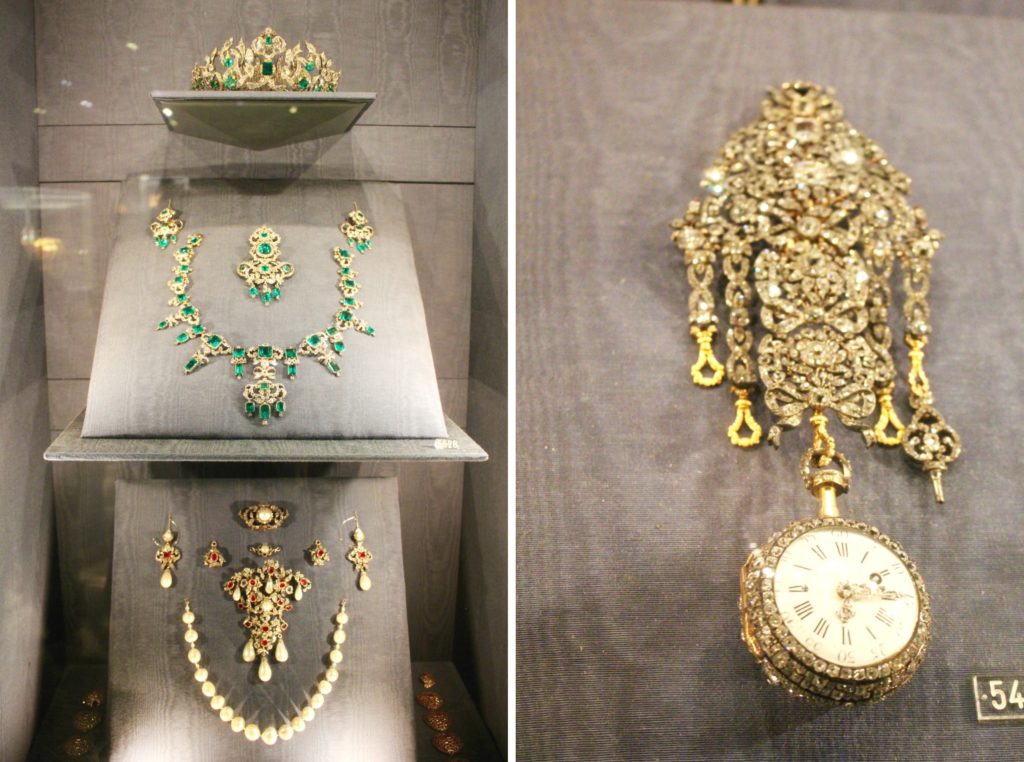 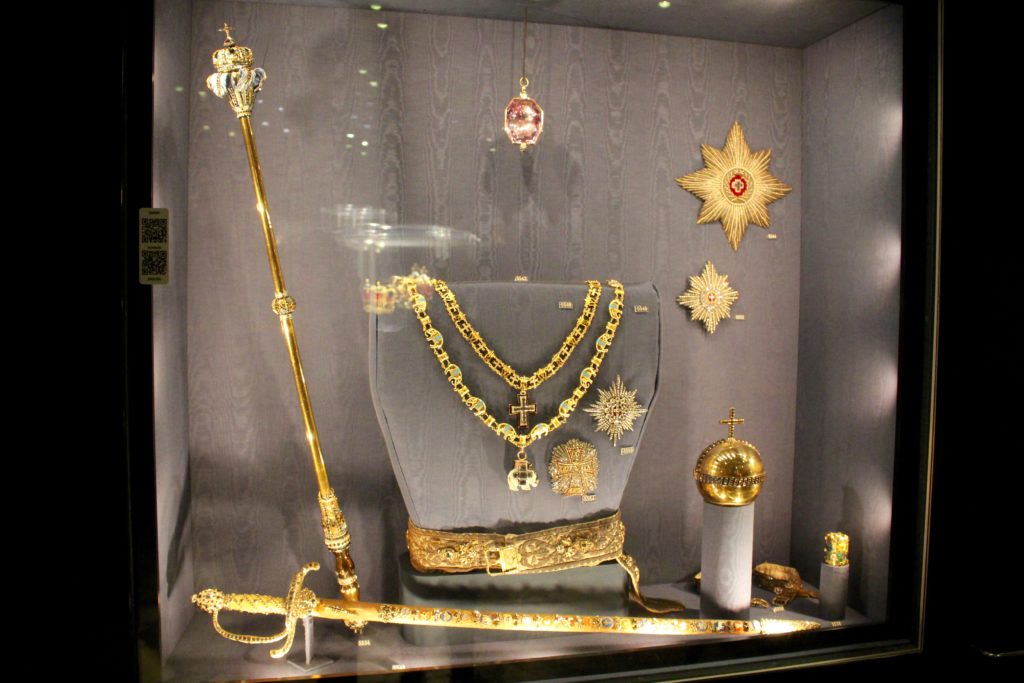 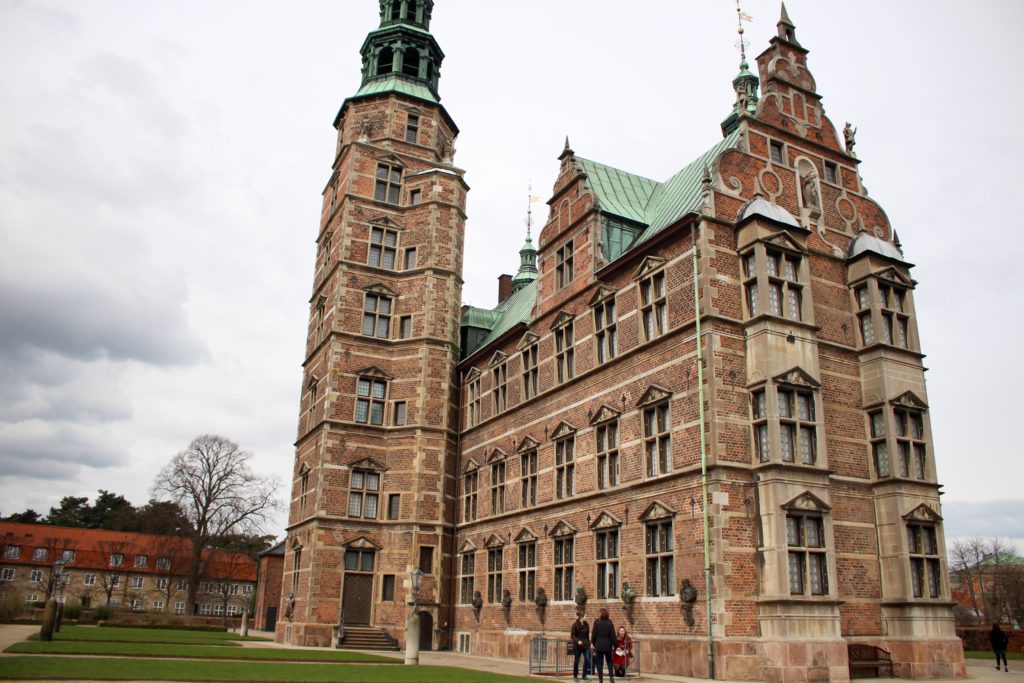 This little castle really surprised me, from it’s quirky non-symetrical shape to the grand rooms inside. I loved it! If you go to Copenhagen, put Rosenborg at the top of your list to visit.

I’m linking up with Emma, Angie, Jessie and Carolann for this month’s travel link up, “Unexpected places”. Go have a look at everyone else’s travel surprises.