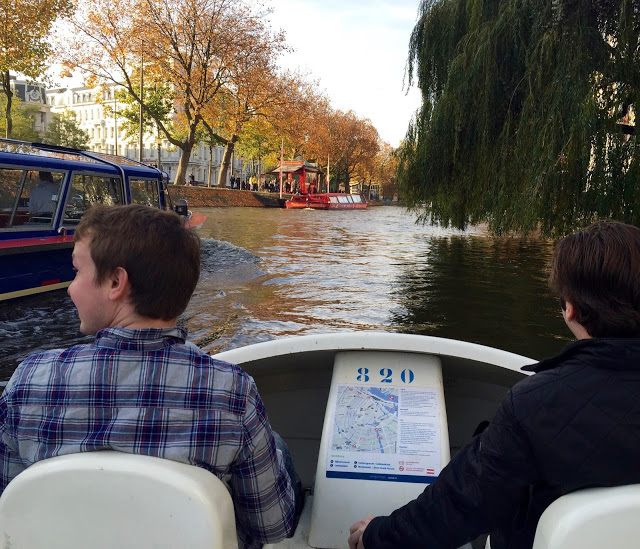 “Let’s rent a paddle boat” they said. “It will be fun” they said. Until your legs are so tired they feel like they will fall off, you’ve almost gotten hit by ten boats that are bigger than you and your boat is starting to fill with water. Aside from that, you should DEFINITELY rent a paddle boat in Amsterdam.
I know I may not have just sold it very well, but the best way to see Amsterdam is from the canals. Once you get the hang of the paddle boat, it’s somewhat easy to get yourself going and avoid the other boats hitting you. It helped that there were three of us so one could take a turn resting their legs in the back of the boat, and then it didn’t help that there were three of us because we were all yelling to go opposite directions. It’s bound to happen. 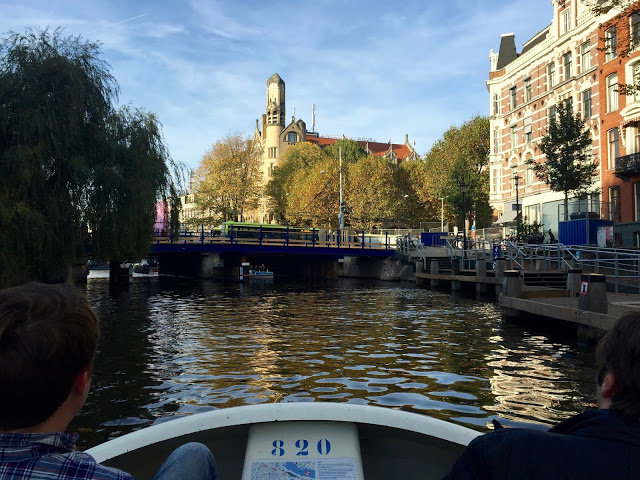 The boys took the first turn while I got to sit in the back and fear for my life because they were oblivious to the big long narrow boats sneaking up behind us. 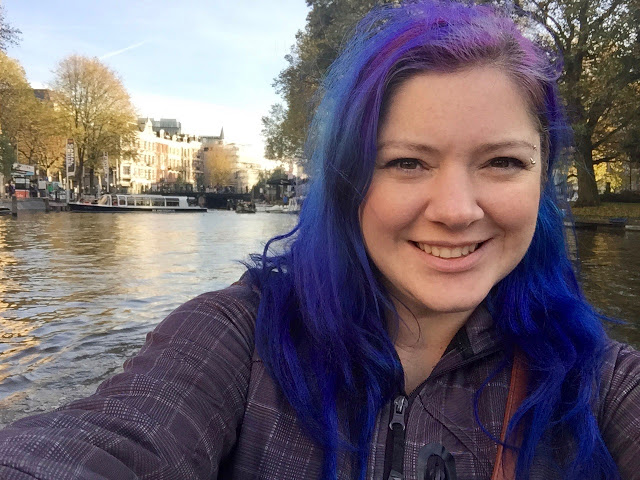 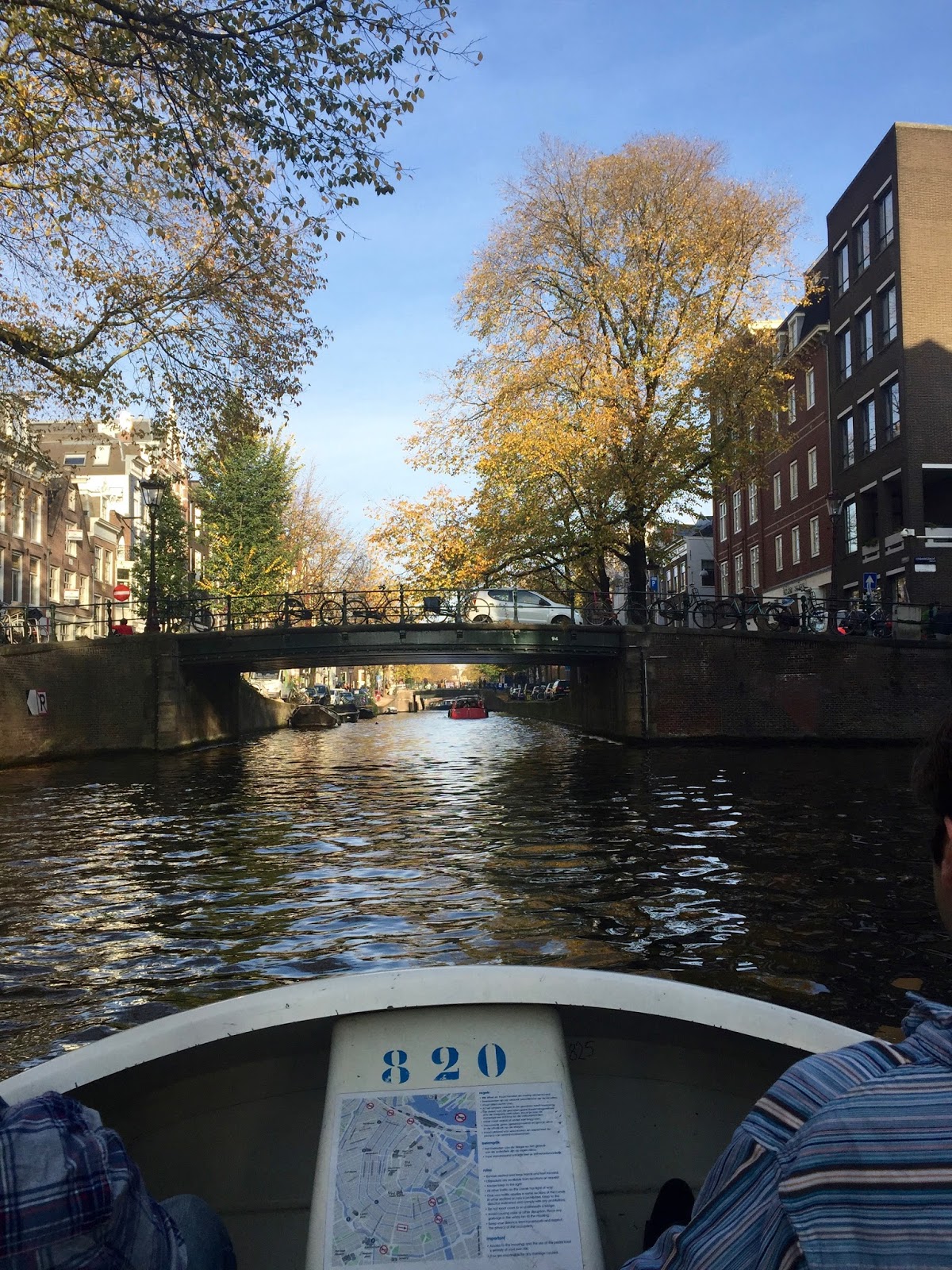 The boat has a little canal map that is somewhat useful, it at least tells you which canals are one way systems and which ones paddleboat aren’t allowed on for safety reasons. 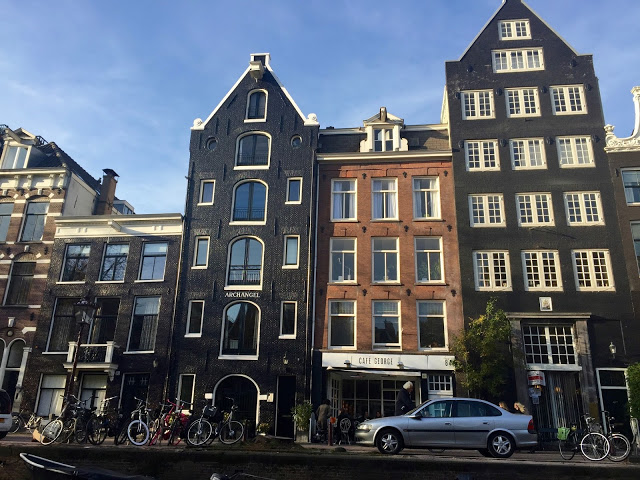 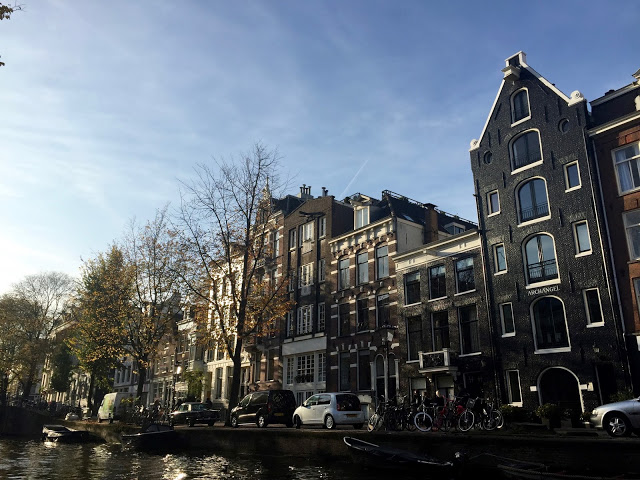 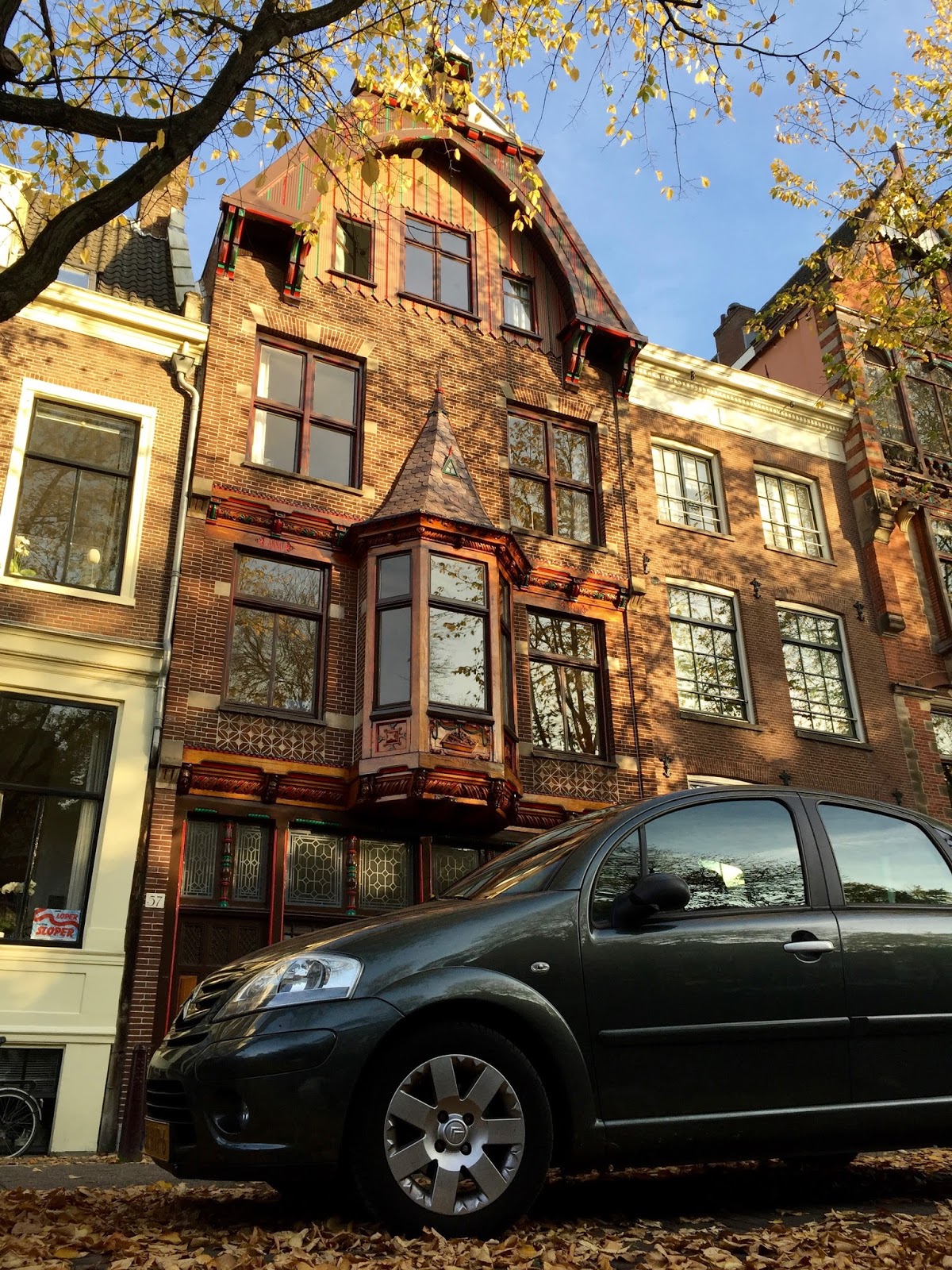 Found my dream house while paddling along the canals of Amsterdam. 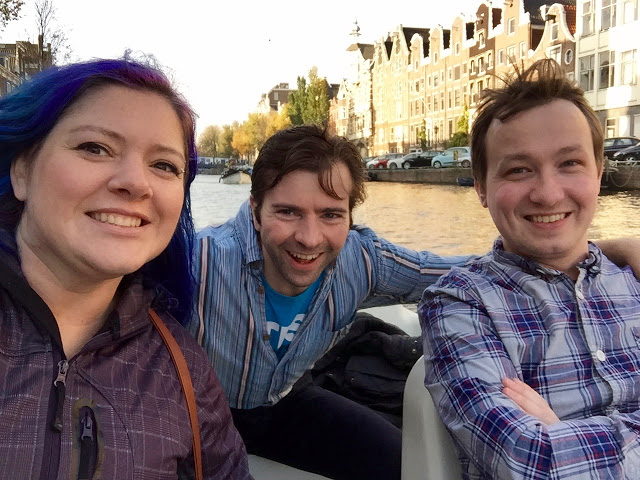 All smiles for the camera, all screams when we get going again. Oooops, hit the wall of the canal, again. 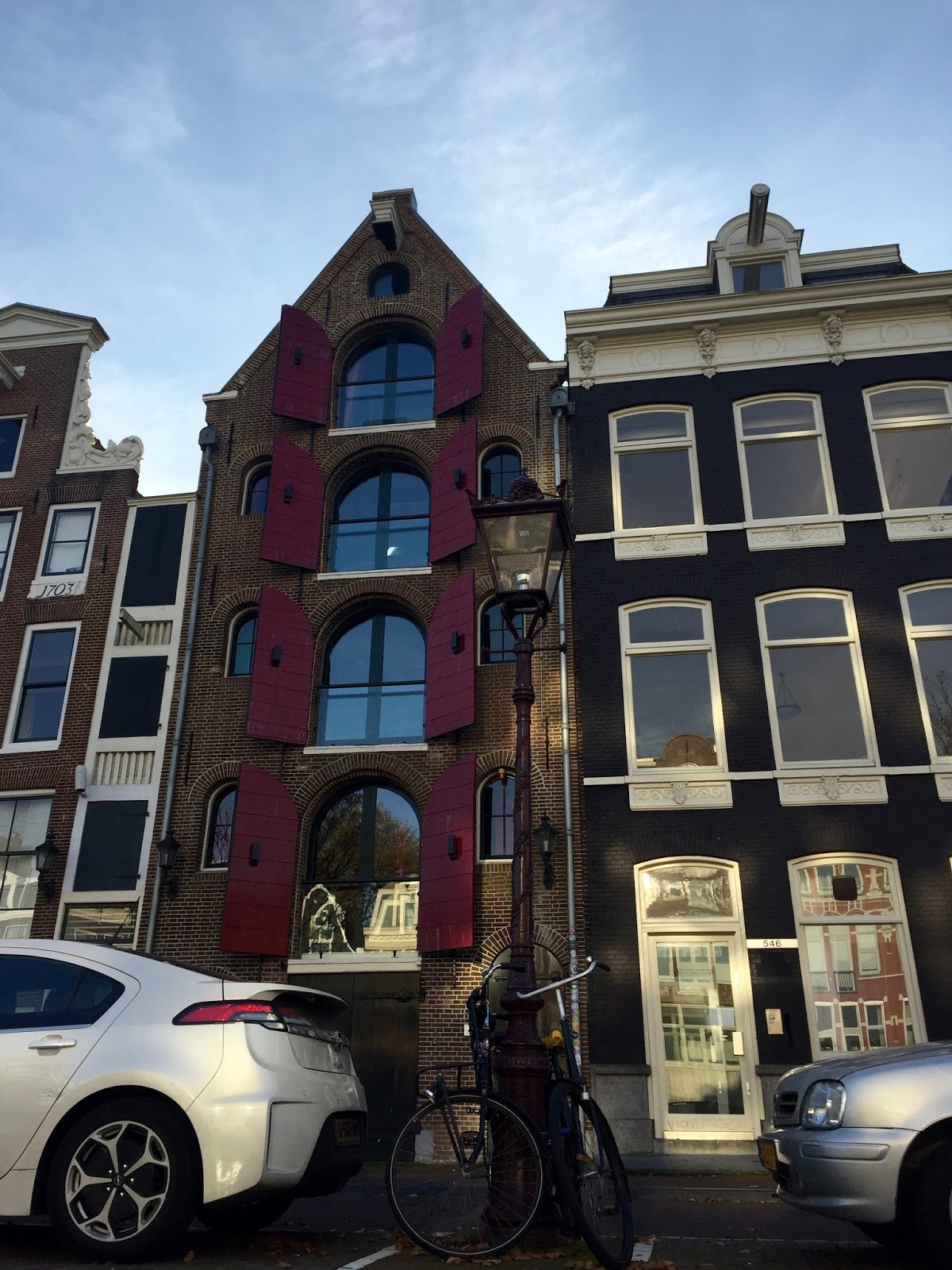 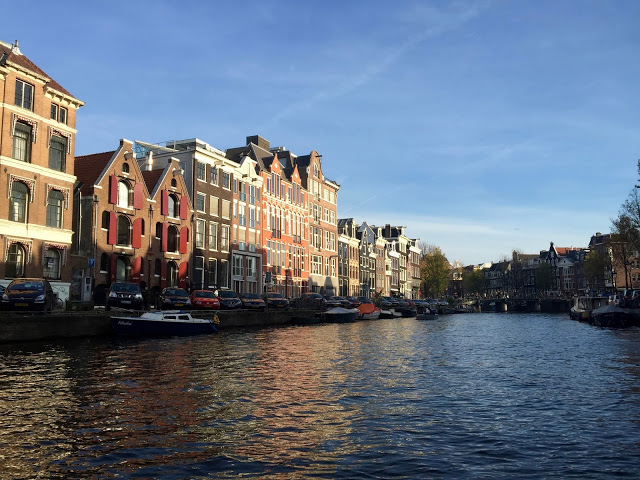 With water seeping into our boat, our hour and a half time slot almost up, and being a good hour away from our original destination, we came across another kiosk for the company we were renting from, Canal. We thought we’d just check and see if it was possible to drop our boat off there instead of going all the way back to our starting point outside the Rijksmuseum. The guy at the kiosk says, “well yes of course, you can drop it off at any of the three locations along the canals.” Cue jaw dropping. We weren’t told that when we set off, and probably wouldn’t have been so stressed if we’d have known, but whatever, we were glad to trade in our boat for a chance at being on dry land again. Lesson learned so I can pass it on to you.
We thought an hour would be enough so paid 8 euro each, but the boat that was available when we went to get on it was leaking (ironic since our new boat leaked a little) and we had to wait so the nice guy who was looking after the boats gave us an extra half an hour for free.
So YES! Rent a paddle boat, it IS actually quite fun, you get amazing views of the houses, and you get to work off all those poffertjes and frites with extra sauce that you will be eating. Oh, and all that beer, don’t pretend you aren’t drinking all the beer.
Have you ever gone on a paddle boat somewhere? Tell me where else we should try our newfound paddling skills.
Previous Post
Next Post