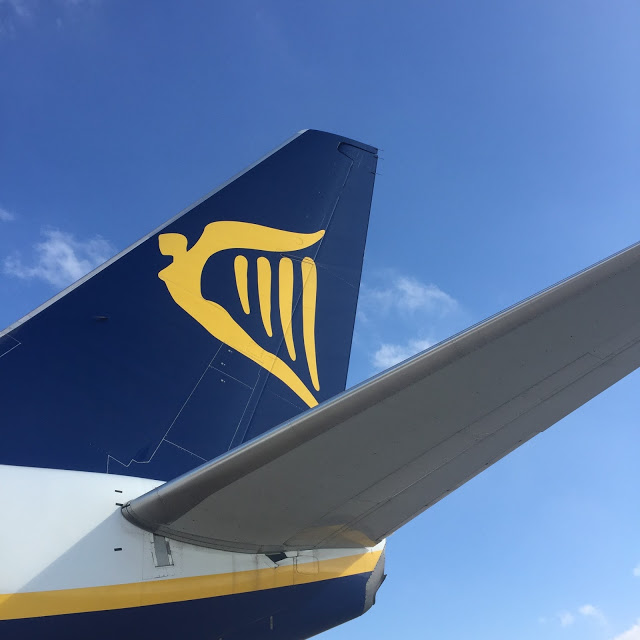 I went to Germany! In case you didn’t know. I left last Thursday and came back on Monday. I was there visiting family friends who happen to be living in the cutest German town, and happy accident, I was going to be there during Oktoberfest! So of course we went, but this time to the one in Stuttgart as it was close to where they live.
I’ll tell you about that next week, for now I’ll share some photos of the town I stayed in, Kircheim unter Teck. 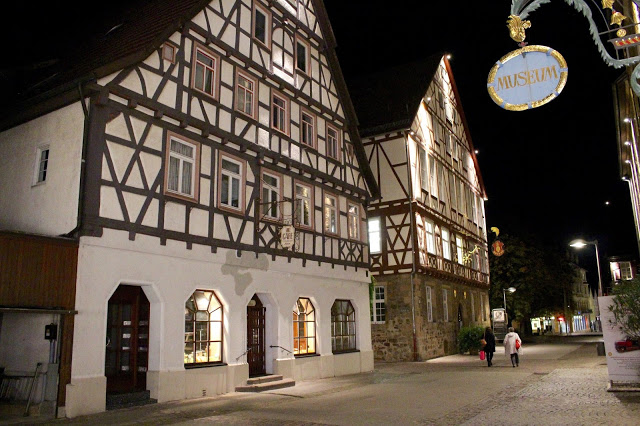 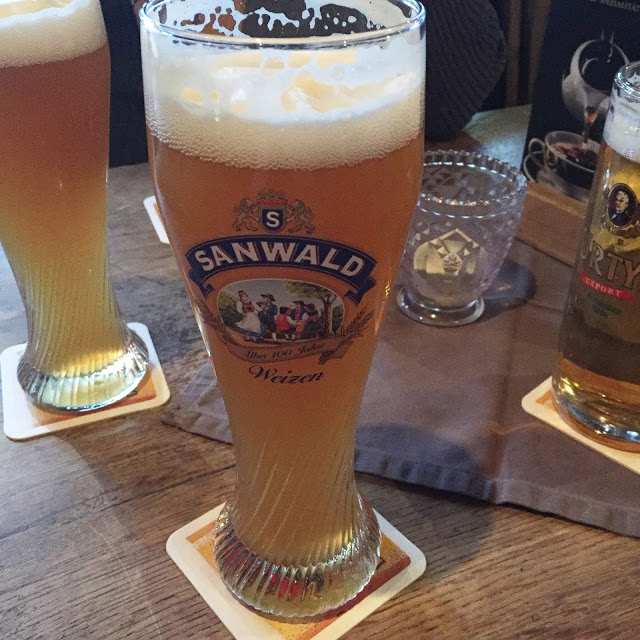 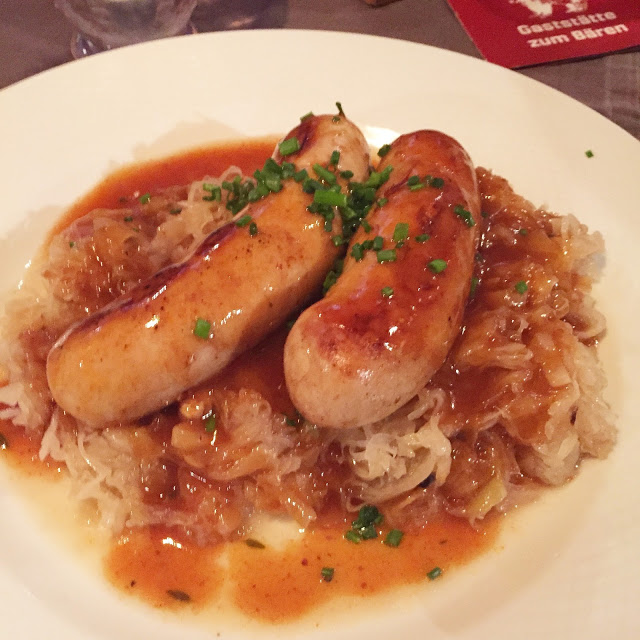 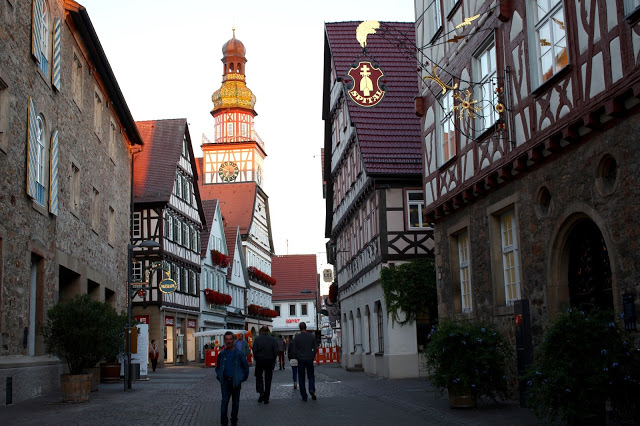 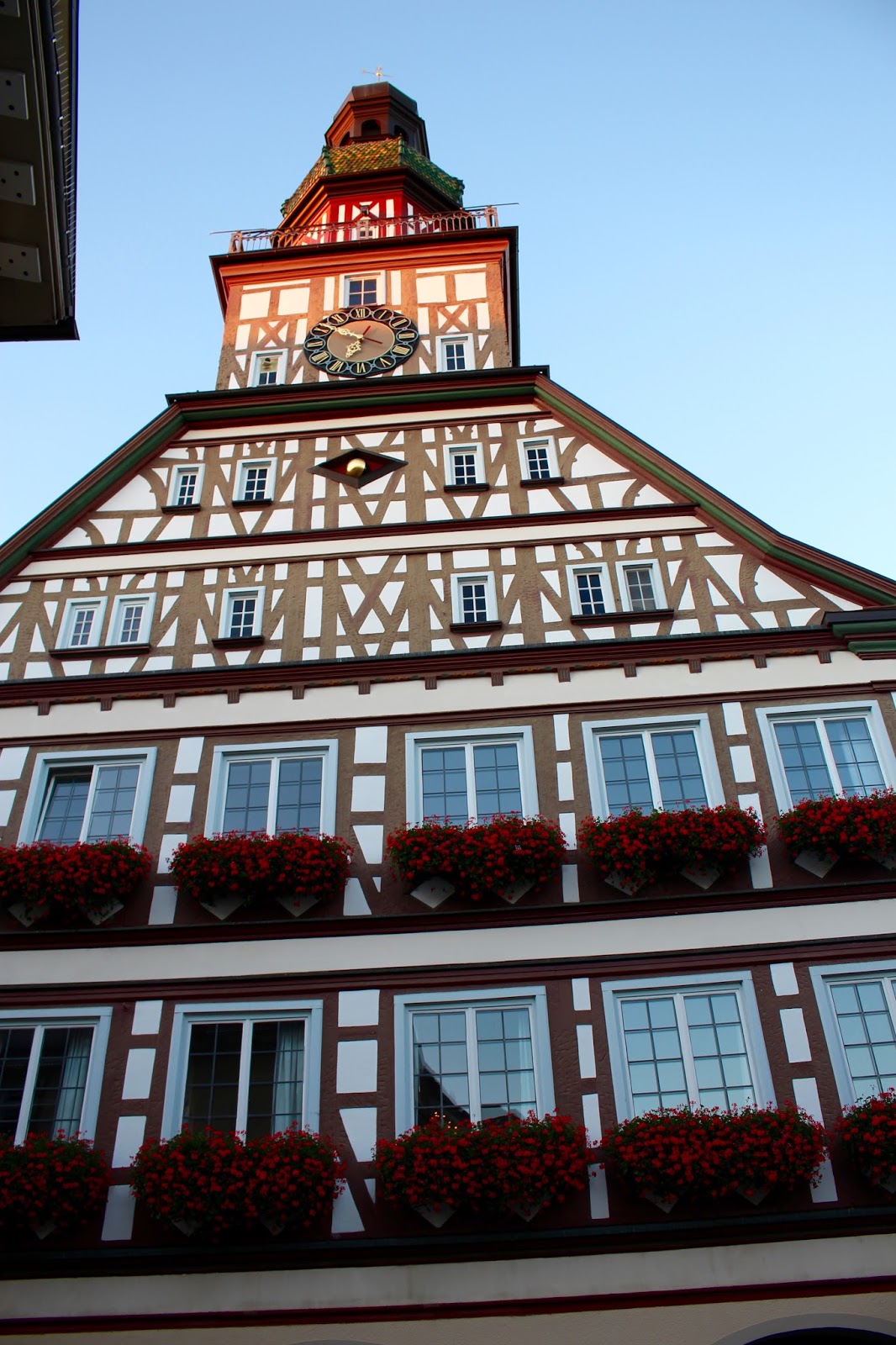 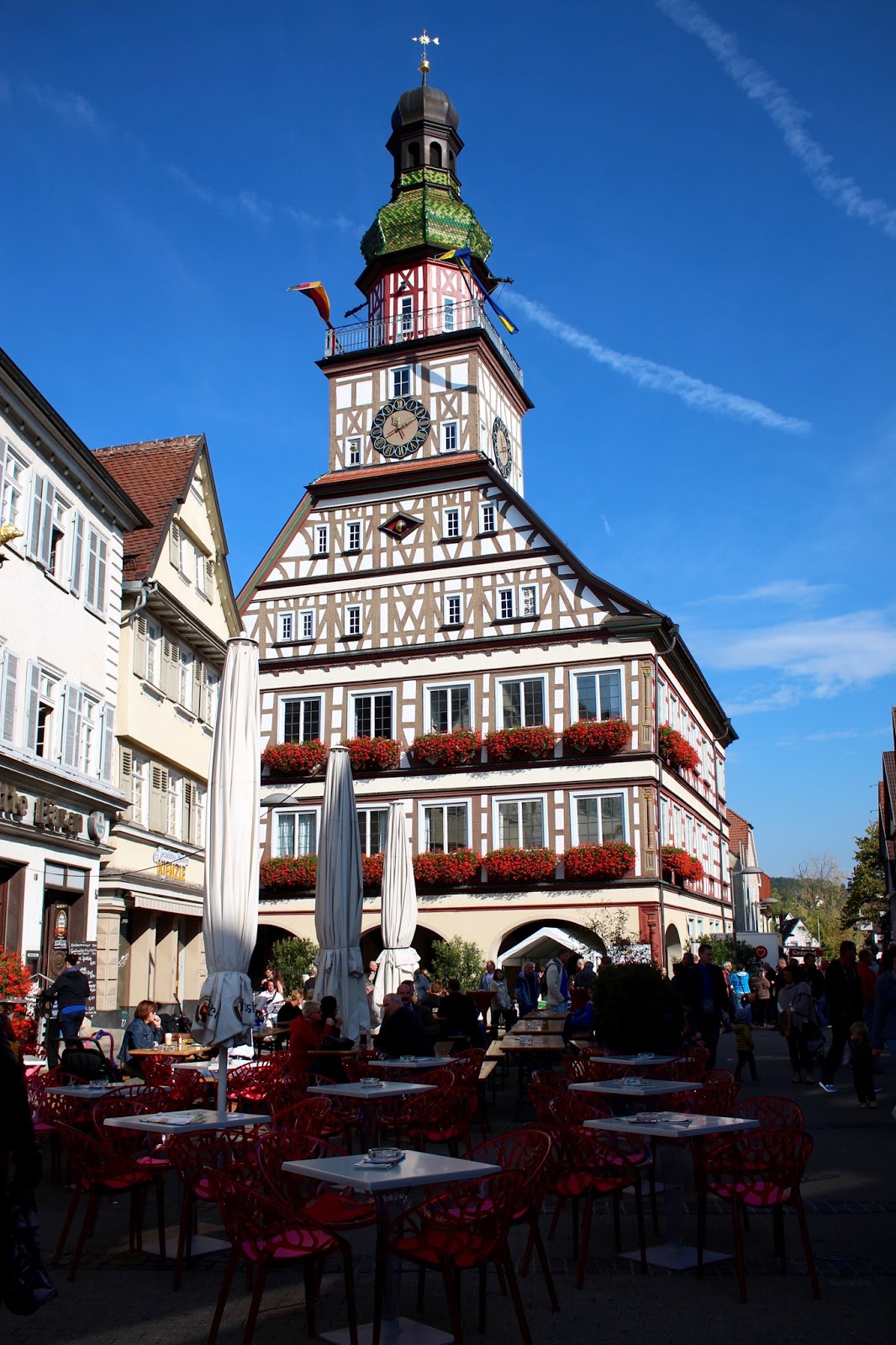 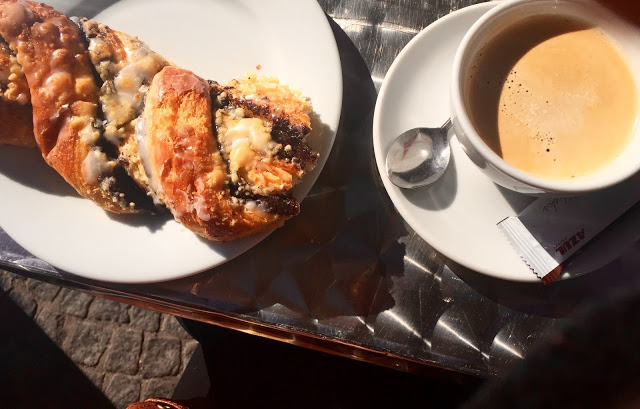 The first morning I was thereby friend Sue had to go to her German class, so I had a little wander around the town, stopping for a pastry the size of my arm and a coffee. The weather was amazing, didn’t even need a coat so I was happy to explore in the sun. 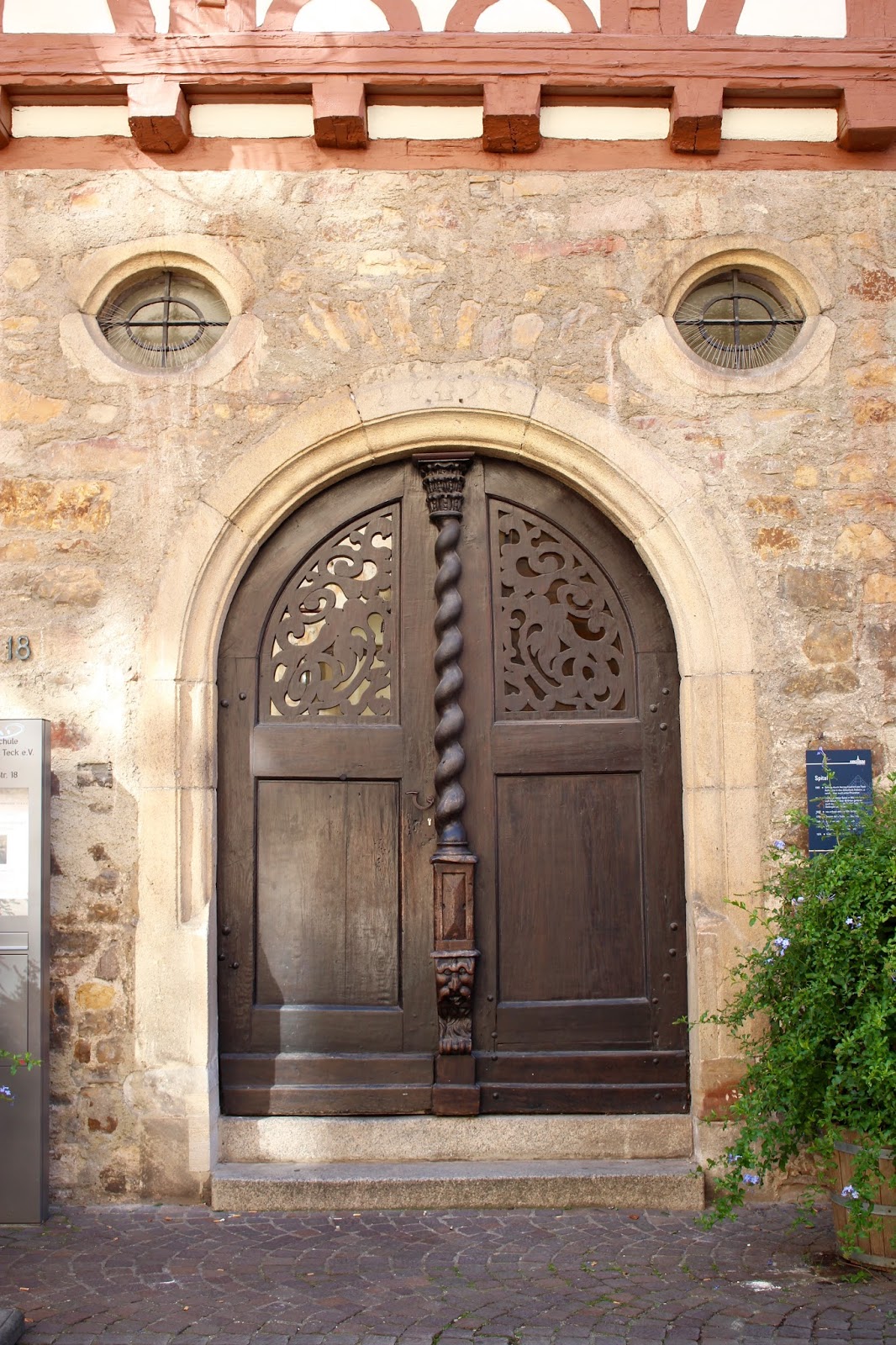 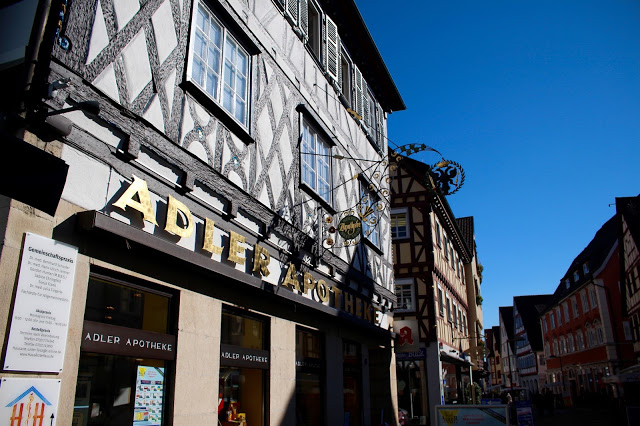 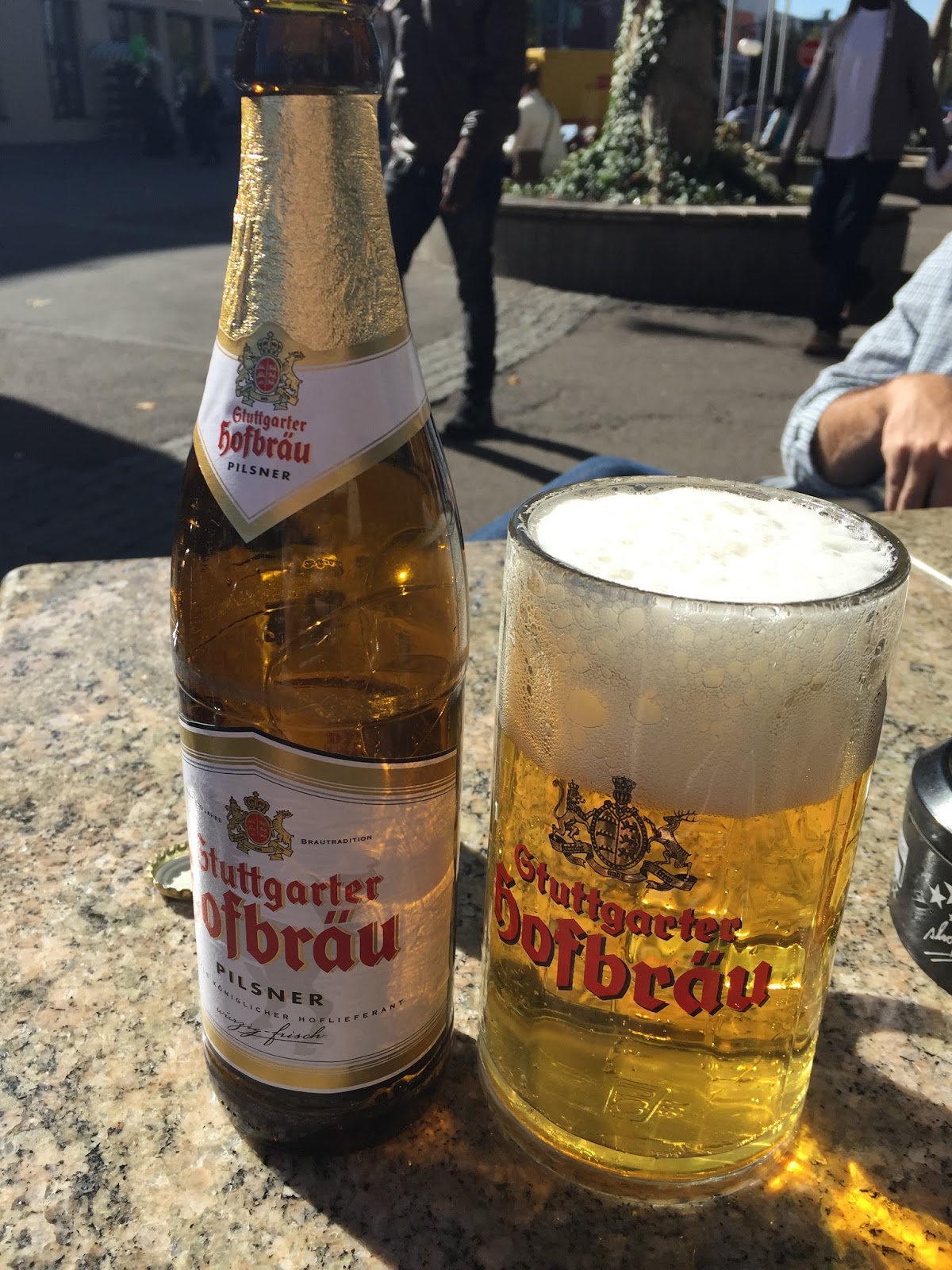 There was no shortage of good beer while I was there. 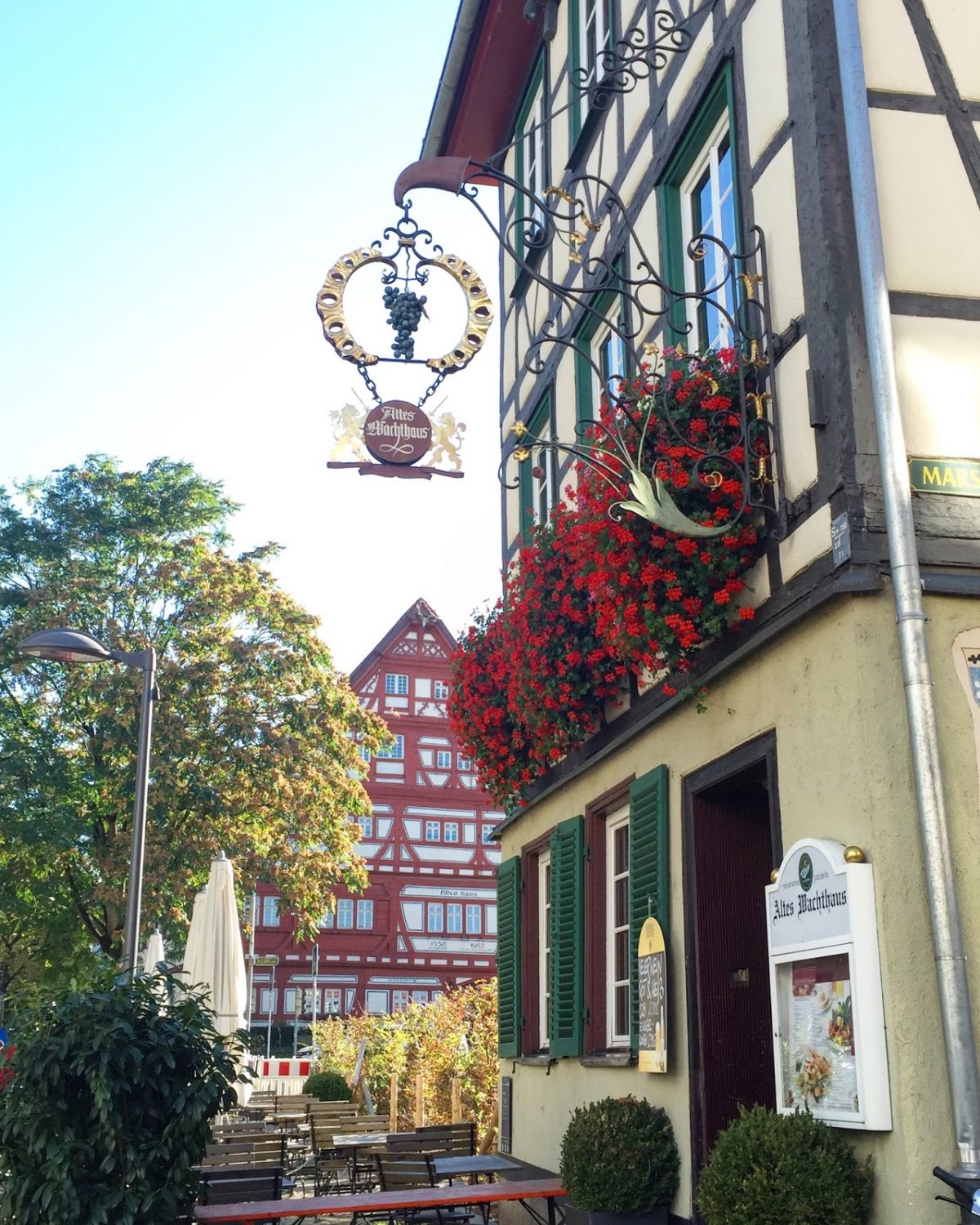 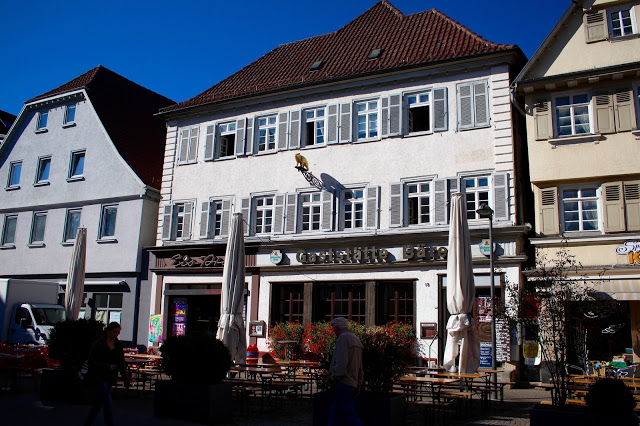 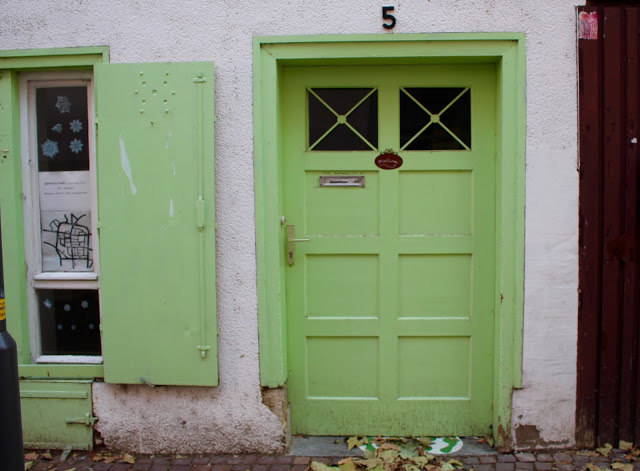 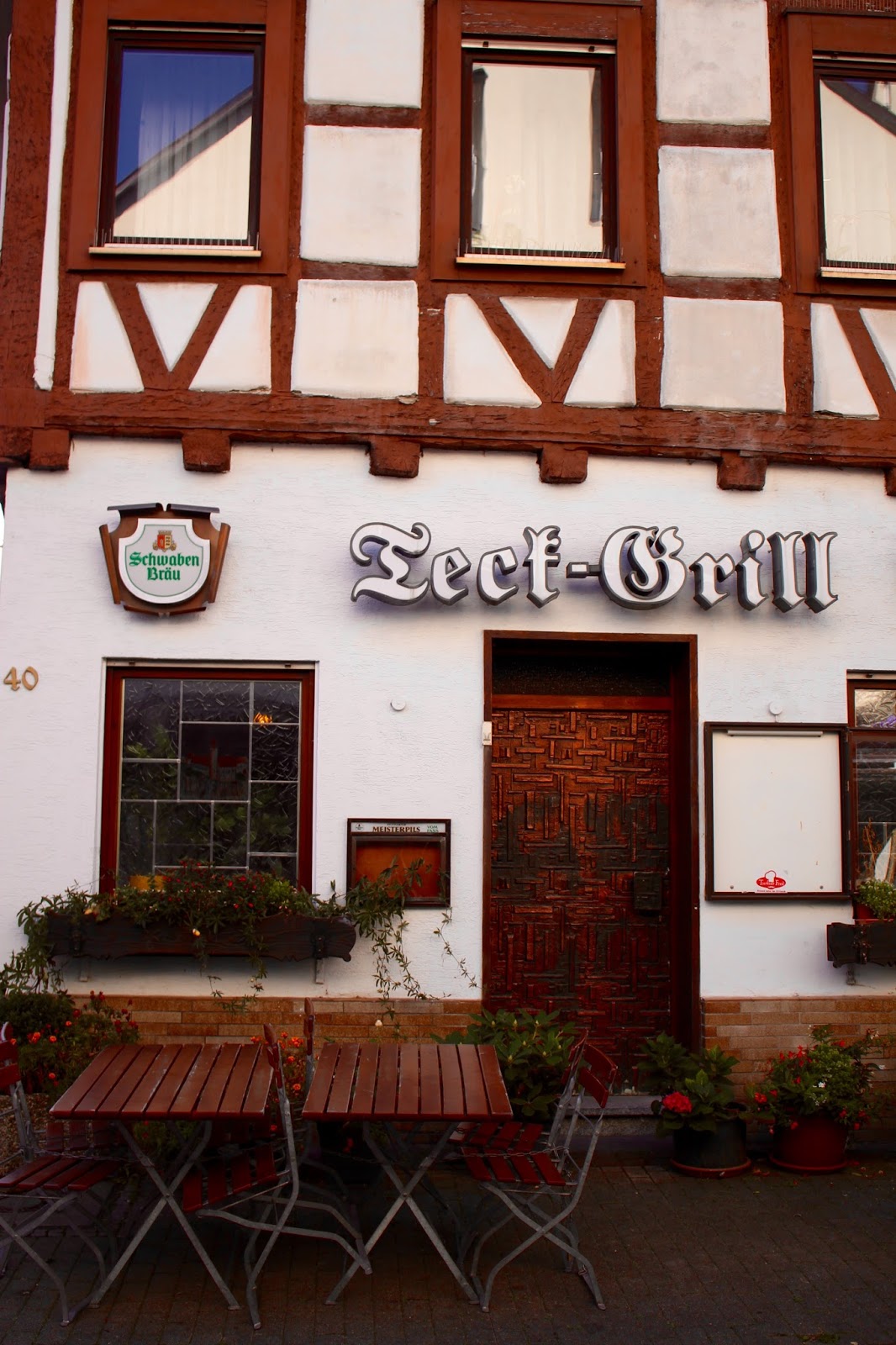 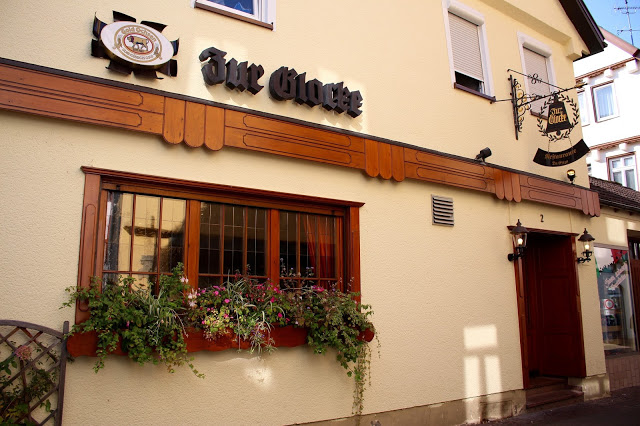 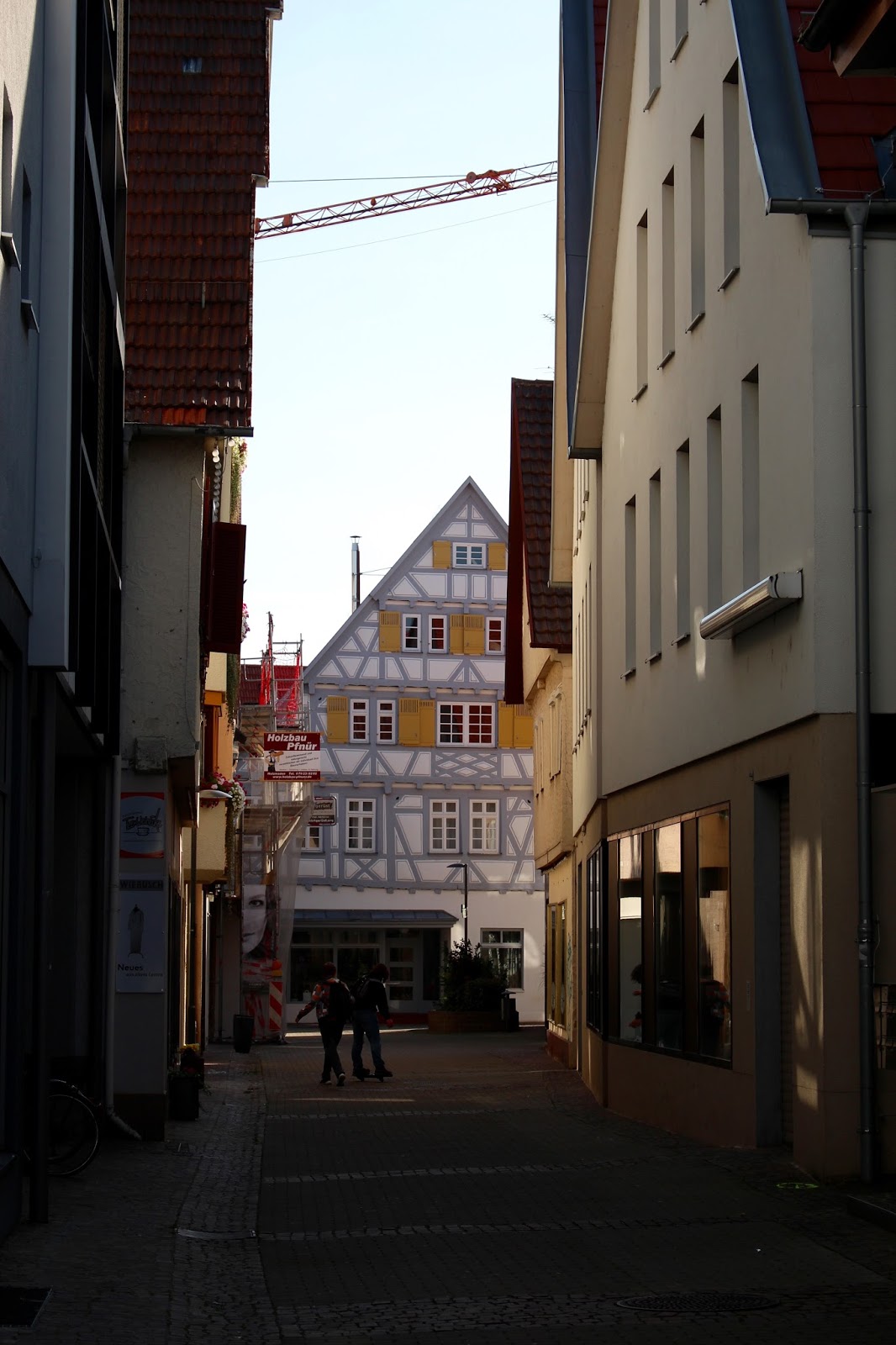 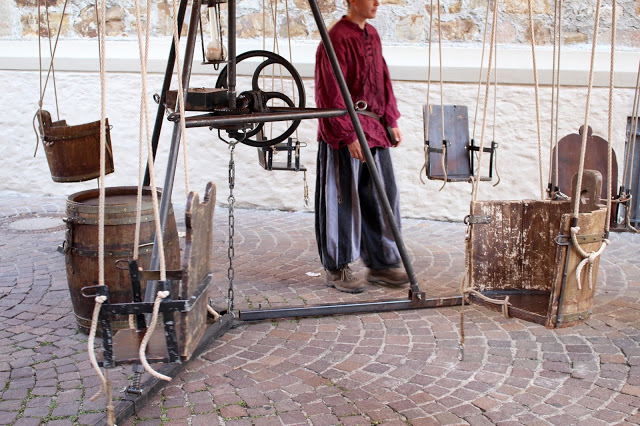 Saturday was a national holiday, so everything was shut, but there was a big market on through the town, like a big flea market, so we walked around again before later going to Oktoberfest. 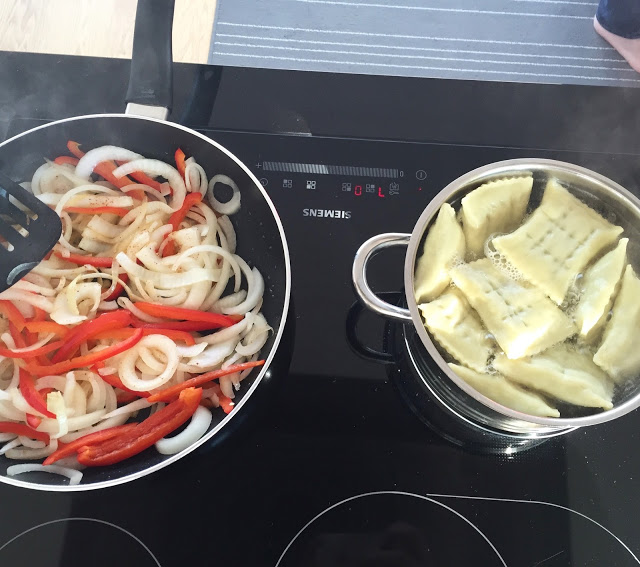 Sunday was rainy so we stayed inside most of the day, and with everything shut, it was the perfect solution. Sue and Steve cooked up Maultaschen, which is a Swabian regional food similar to ravioli, with pasta encasing some sort of meat or vegetarian option. Really tasty fried with onions and peppers. 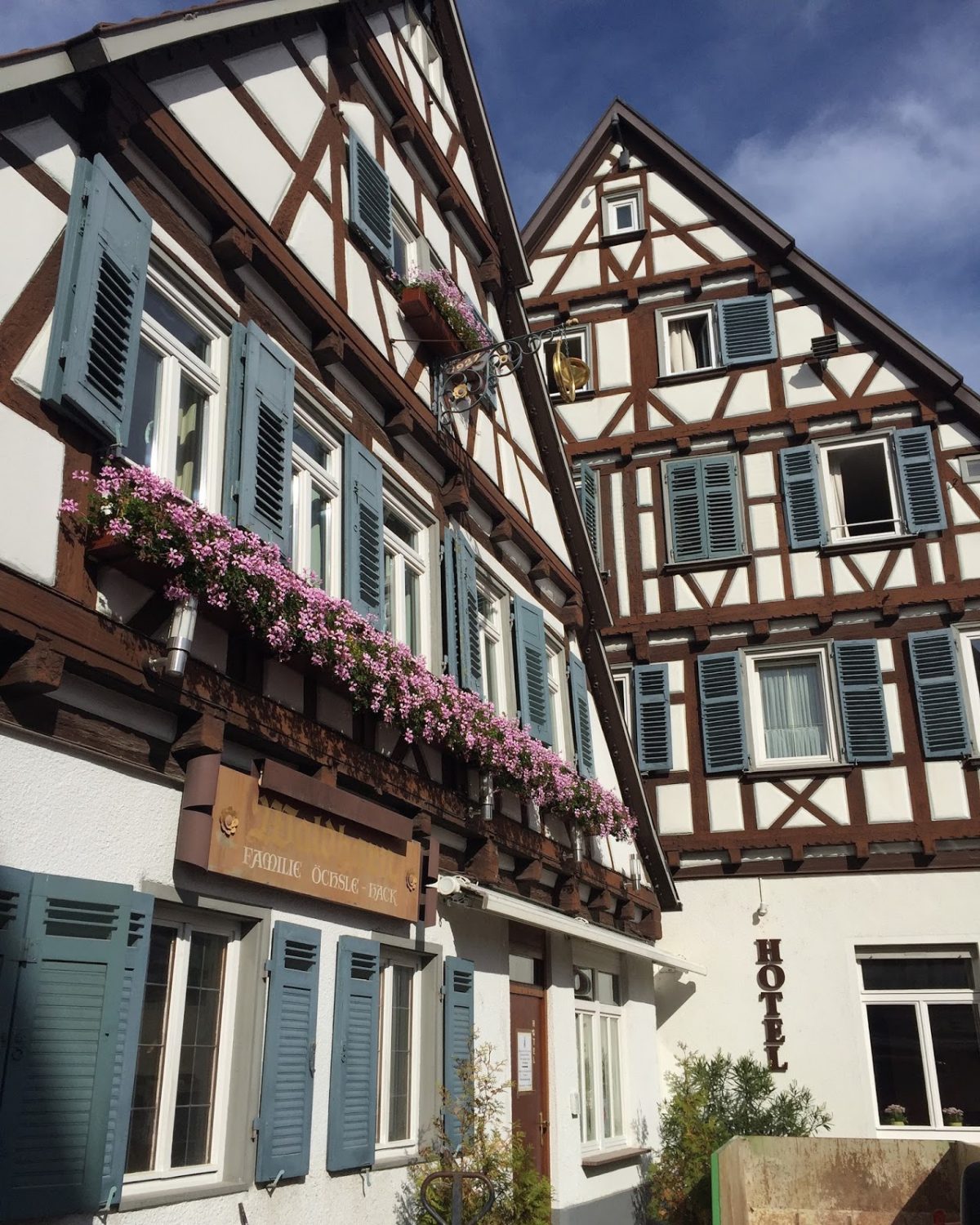 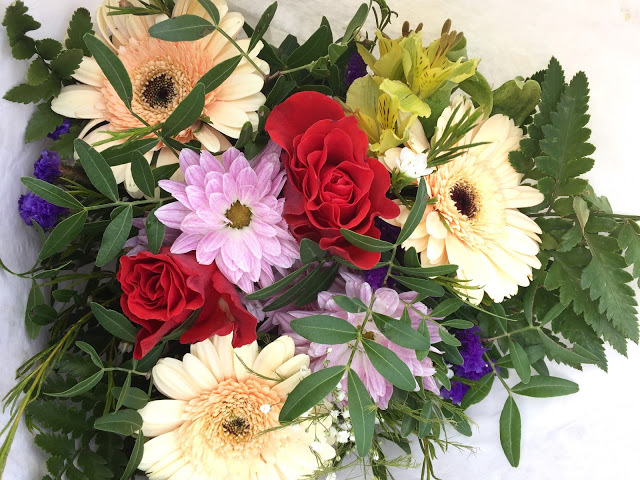 Monday my last day, I had didn’t have to be at the airport until the afternoon so I again went out for a walk since the sun was out. I loved the flower stalls that were around the corner from Sue and Steve’s flat and picked up a bunch as a thank you for having me. 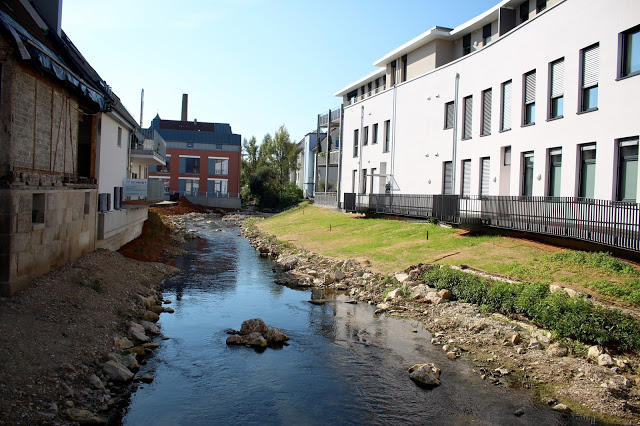 Along the river is where my friend’s flat is, which was really nice. Although since the summer they have been building the flats above, and have re-done the whole river flow, digging it up, putting down plastic sheeting and the lot. So lots of building work right outside their door.
I was so glad I got to go and catch up with them while they are living in Europe, as everyone’s spread out in America now since I last lived there when I was younger. It’s always good to see familiar faces and reminisce about the past.

I crack myself up 🤣 @londonkiwiemma captured mo

Just casually standing on a cliff edge with my fav

This time last week, we were braving the rain fore

I love a good wedding, it’s just so lovely celeb

Today on my stories, it’s the inside of @dodding