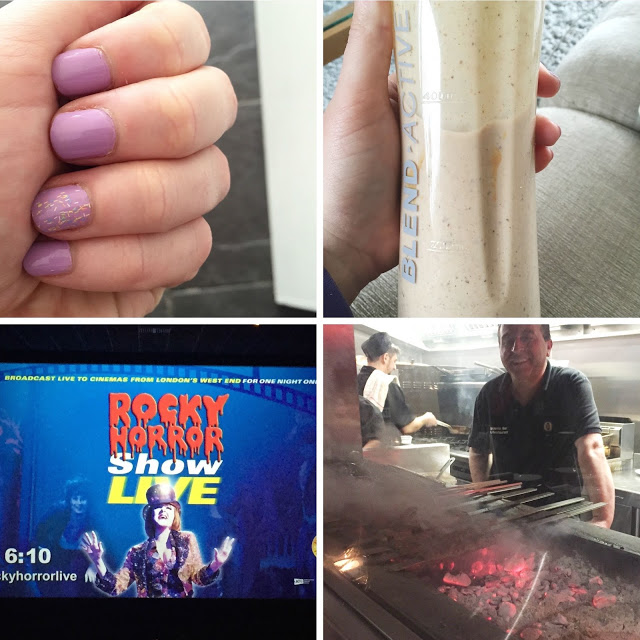 Last week was actually kind of exciting with plans three nights in a row. I made a banana peanut butter chocolate smoothie that tasted like a milkshake, painted my nails for the first time in ages and saw a lot of people I feel I don’t get to see enough.
Thursday night we went to see Rocky Horror show live, although really it was streaming live to the cinema from London, it was the first time I’d seen a stage show of it having only seen the movie before. I loooooved it! The heckling from the audience and the actors and actresses having to improvise bits, we are totally going to try to book tickets for next years tour around the UK.
Friday we went to a new Turkish restaurant called Sibella for a family friends birthday. Everything was great, the food, the staff, and the atmosphere. They have a Spanish guitarist play every Friday and Saturday and he was great. We can’t wait to go back with a group of friends for more food and some shisha. 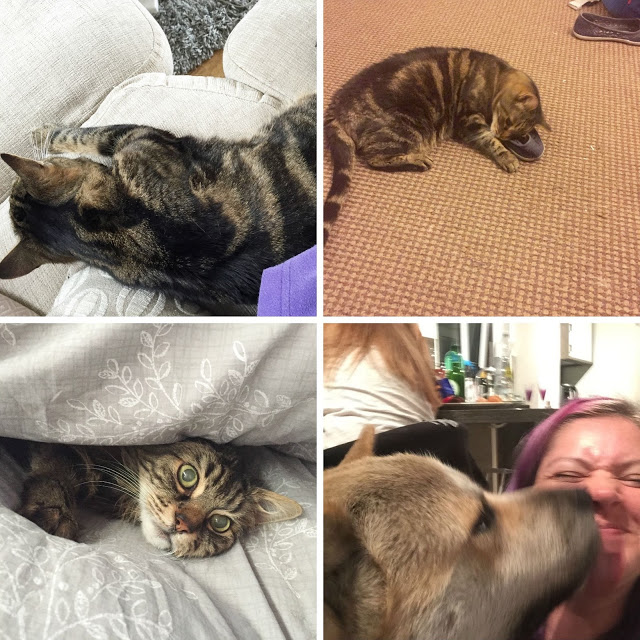 The animals have been nuts this week. I don’t know what’s up with the cats but I’m thinking they don’t like all the construction projects going on around the house and are just acting out. Jack wakes us up for attention a dozen times during the night, and Crash seemingly has a fetish where he is in love with one of my shoes. He cuddles it and rubs on it, but only the one pair. Such a little weirdo.
Saturday night I went round to Bev’s for a girls night, played with her dogs and drank too much gin. Standard. 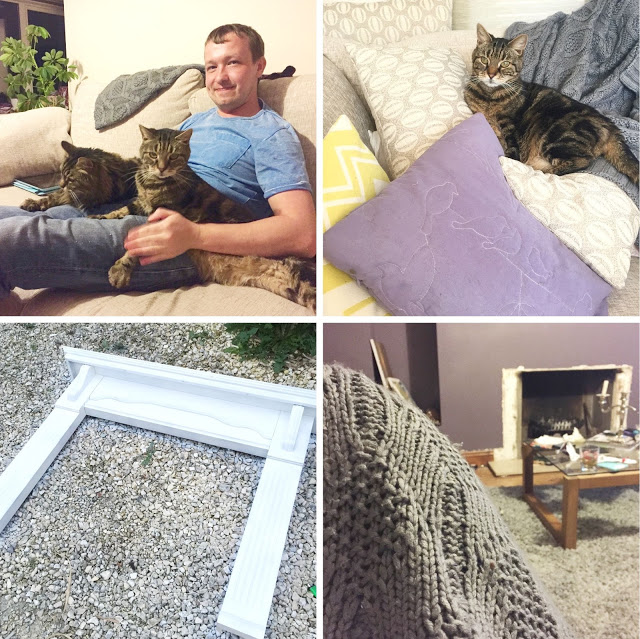 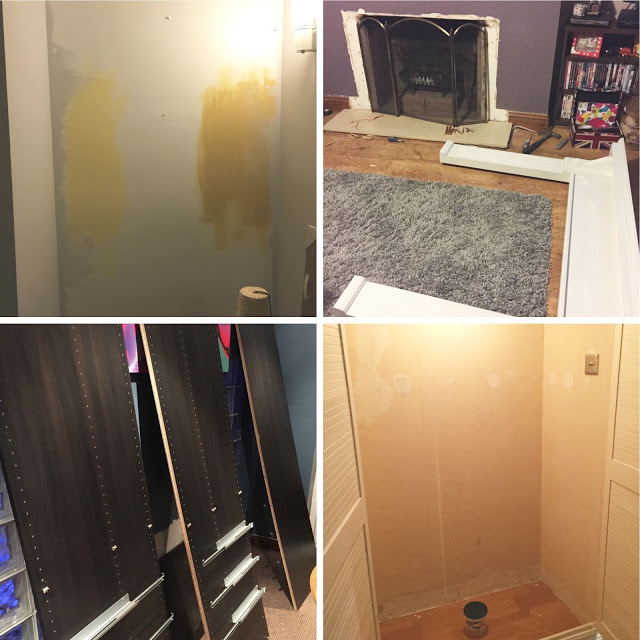 The above pictures are why I’ve been a bit MIA from the internet lately. We are stupid, we don’t start a project and finish it before starting another, oh no, we’ve got about five on the go at one time making our house a mess.
We have been painting out entryway and up the stairs which is done and now a pretty grey colour, but are still deciding on the small feature wall. We want yellow, but finding the right shade is a proving a lot harder. We just painted that light swatch on the left up there and depending on how it looks in the
daylight it might be a winner.
Works have also begun on the fireplace in our living room. It had an ugly beige marble surround that was too small for the space. Our friends took their wooden one off and were going to toss it so we have painted it white and are going to give it a new home. We’ve gotten as far as getting the old one off and struggling to find the right brackets that we want/need to put the new one on. Ugh.
We’ve also been working on our wardrobes. We have built in ones that were already in our bedroom, but were shoddy as all get out and not a great use of space. So we decided we were going to build our ikea pax wardrobes into them. We cut them down to size, but when taking the hardware and shelf and moulding out of one of the closets, found out it was actually in quite a state. So it now needs to be plastered and painted before we can put the wardrobes in. Never simple.
I’m hoping by the end of the week, working nights after work, we will be further along than we are, but I’ve gotta say I’m over it. I like a project for about the first couple hours, after that when everything goes wrong I’m over it. Oh yeah, we are also knocking a wall down to the dining room so we’ve taken the radiator off the wall and it’s a mess.
So who wants to come and fix our house?