Well I thought I’d be able to catch up on blogging while I was back in NY but my parents internet decided to not really work. Hoping that it’s getting fixed today, as it took about an hour to upload just these few pictures!
I’m back in New York now, but before I left we had a whirlwind of a weekend. The Thursday before we had a dinner for Adam’s Dad’s birthday, and I made the cake above. I might make it for my own Dad’s birthday next week because it was so good! 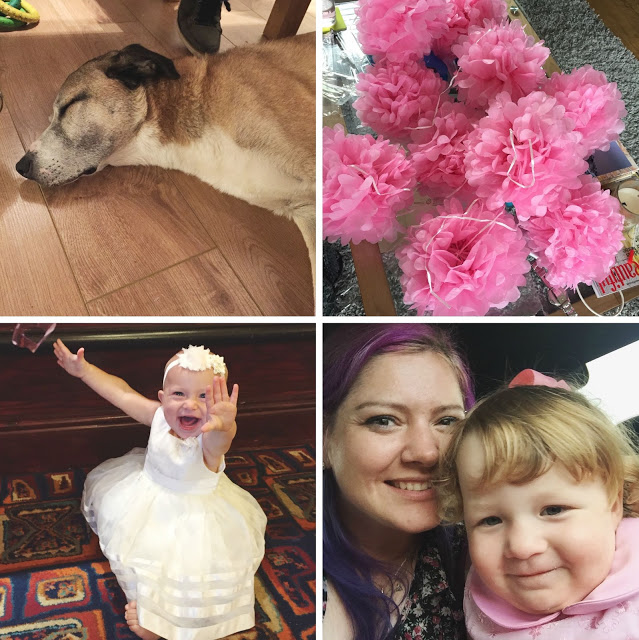 We had Sarah and Carl’s housewarming on Saturday which that picture above of Leo is the only picture I took all day, but it was really fun, especially when Carl almost blew up their BBQ and flames were everywhere.
Sunday we had our niece Matilda’s Christening, and she was so smiley the whole day with one minor meltdown. Can’t really blame her, it’s a lot for a baby. Our contribution to the decorations was 20 tissue paper pom poms, if you’ve never had to peel those things apart, they take forever.
Sunday night I caught the train at 10:30 from Doncaster to Manchester airport because my flight was at 6am, putting me at the airport at 1. I don’t think I’ll ever do it again, I basically went a whole 24 hours without sleep, and after going through three security checkpoints I was pretty over traveling.

All was worth it though, and I’m here in New York, squishing the above animal faces, and human ones as well. 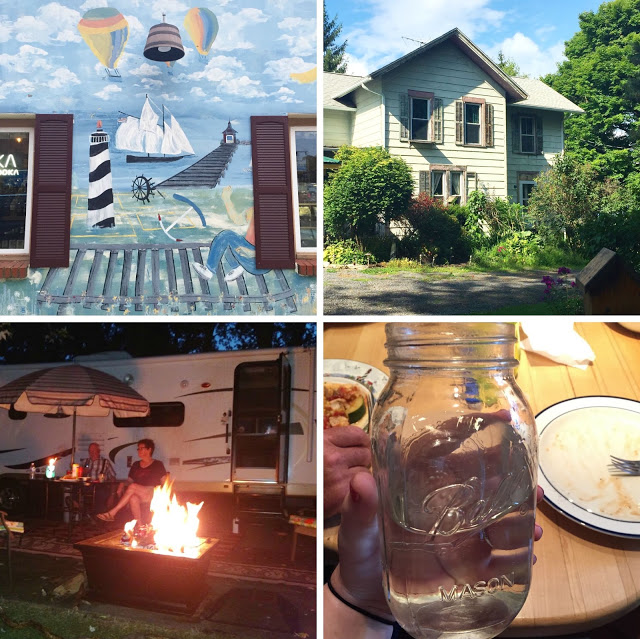 Whenever I tell people I’m coming back to New York they think of skyscrapers, but I’m from upstate and my parents live in a big old farm house, we have fire pits next to the camper, and drink moonshine out of mason jars.
I wouldn’t have it any other way.