It’s been a pretty awesome week, not going to lie. Got some workouts in, introduced Adam to body attack (he likes it by the way), saw a solar eclipse, saw a show, hung out with friends, and had a road trip on a sunny day.
The eclipse on Friday was pretty cool, you can go see a few pictures I got in my last post. Friday night we got tickets to go see One Man Breaking Bad, where one guy acts out all five seasons in about an hour. It was so funny. We were really surprised with the variety of people in the audience as well, apparently Breaking Bad was more popular here than we thought. 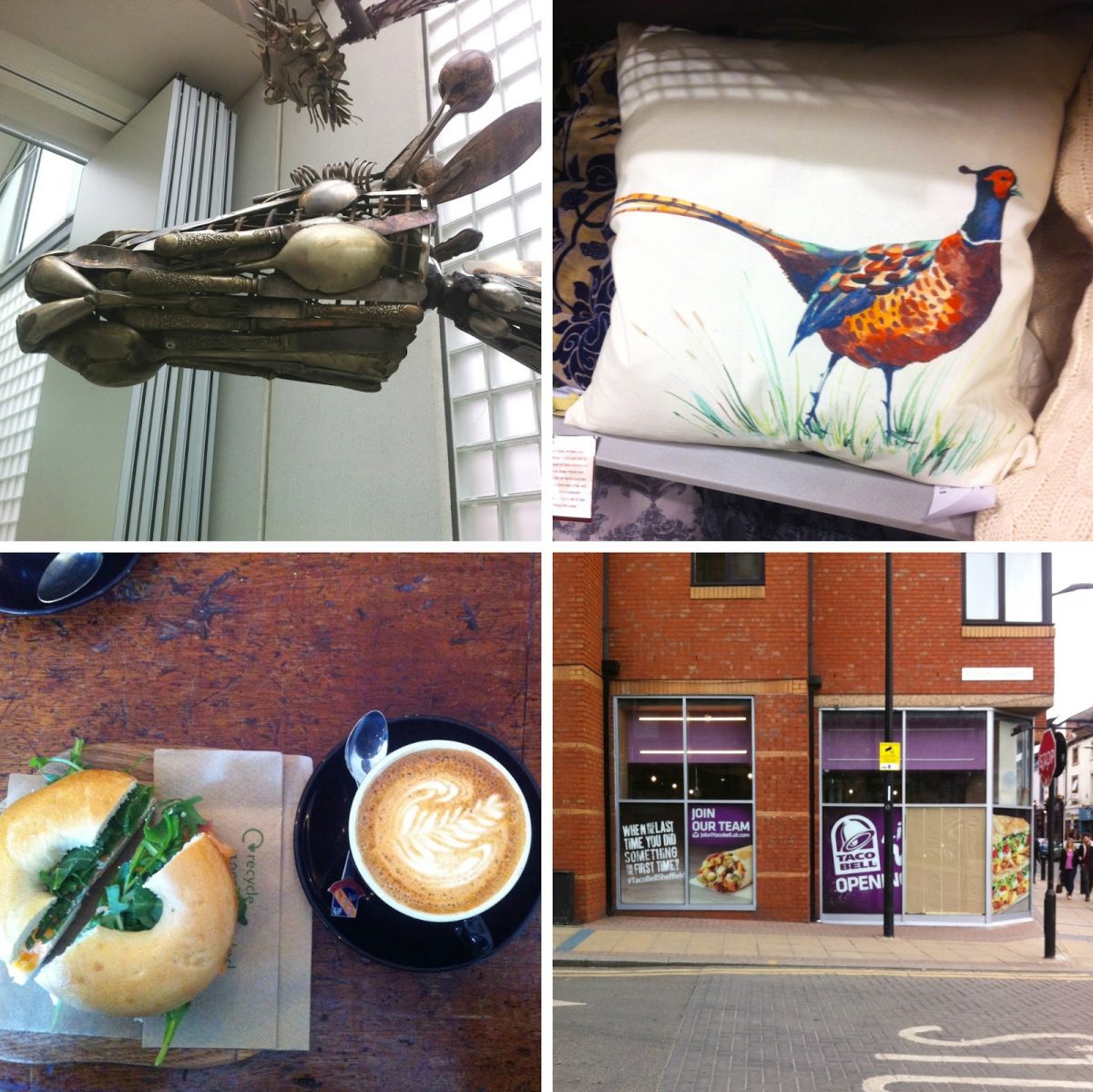 Sunday I headed to Sheffield for the day with Sarah. We didn’t really have a plan, did a little shopping and sat down for coffees and a chat for a while in cute cafe. We also were walking down a street near the centre when I saw that taco bell would be opening this summer not very far from the train station!! I immediately had to take a picture and send it to Adam as he misses it too. There is one in Sheffield, but it’s on the way out apparently. I’d completely get the train just for a crunch wrap supreme.
Sunday I thought I’d attempt a ‘photo an hour challenge’ on Instagram. Two things, One – I actually woke up at 8:30 but didn’t decide that I was doing it until 9:30 and Two – I didn’t factor in the fact we would be hanging out in the countryside with little to no cell service. So my uploads weren’t exactly on the hour, but the pictures were!

9:30 – Deciding where to go for the day with Adam while the cats ignored us.
10:30 – On our way to Woolsthorpe Manor, home of Isaac Newton.
11:30 – We’ve arrived!
12:30 – After a play in the science centre and learning about white light, we went and saw the famous apple tree where Isaac Newton got his brilliant ideas.

4:30 – Finally home and cocooned myself up in our big round chair.
5:30 – Crash ignores all my efforts for cuddles.
6:30 – Our friend John stops over before he heads back South. We are going to see him box for charity in a couple weeks.
7:30 – Haven’t moved in a while, so took a picture of my foxy socks and champagne and coffee pjs.

8:30 – Have a cuddle with Jack upstairs in bed and could easily go to bed now, but resist.
9:30 – Have a toffee sunday from McDonalds that was won off a Monopoly piece.
10:30 – Have a bath and read some of The Book Thief before bed. I’m liking it so far.
And that’s it! I quite liked the idea of photo an hour, but it’s a lot harder in reality. To remember to take a picture I actually set alarms on every half hour to remember. It seemed like I had only just taken a picture when the next hour arrived! I think I’ll try to maybe do one once a month, but maybe not upload it directly, I was getting too stressed out about not having any internet. I’ll just take the pictures and do a round up post, much easier.
Have you ever done a photo an hour challenge? If you’re from Sheffield, tell me some cool places to check out please!
Previous Post
Next Post