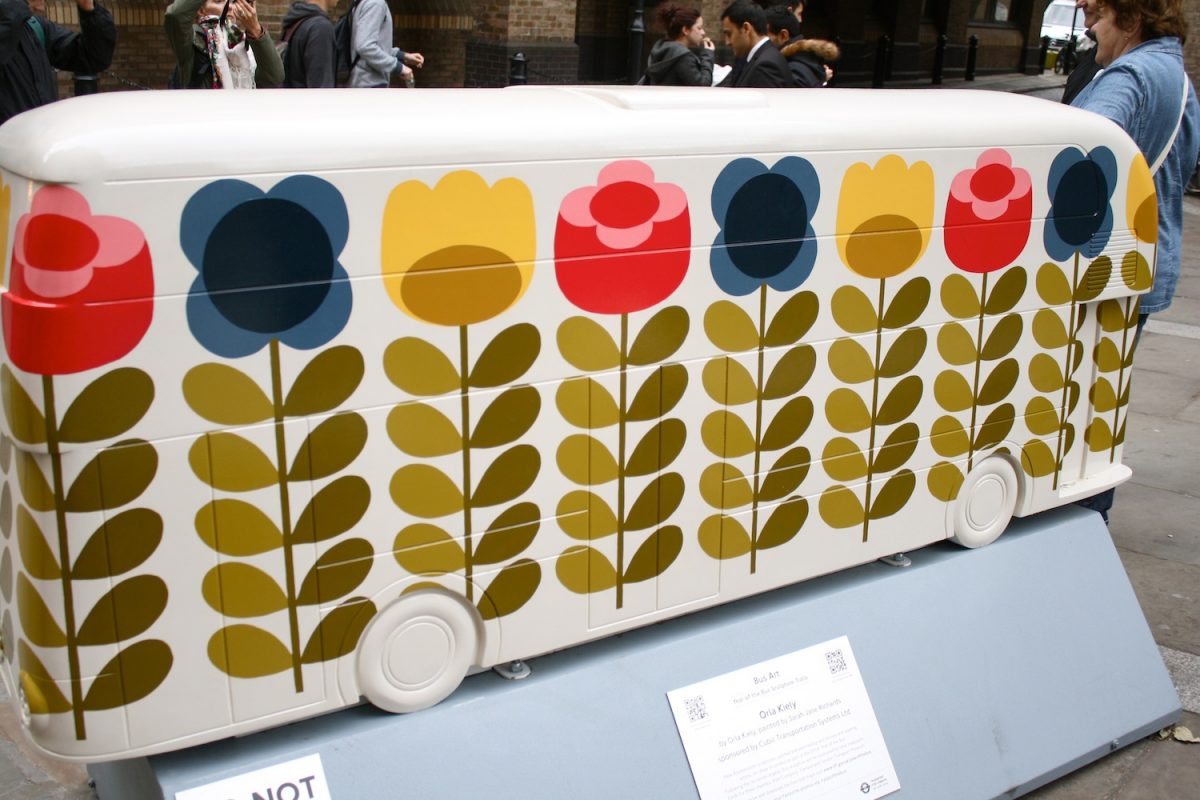 {Orla Kiely, painted by Sarah Jane Richards}
While in London a couple weeks ago, we came across this painted bus statue. After looking into it we discovered that they were Routemaster sculptures celebrating the “Year of the Bus” 2014 celebrating a few bus milestones. It’s been 60 years since the creation of the route master, 75 years since the RT-Type bus, and 100 years ago the first mass produced motor bus, the B-type Battle bus was used to transport soldiers during the First World War.  So of course we spent the next few days hunting them down. 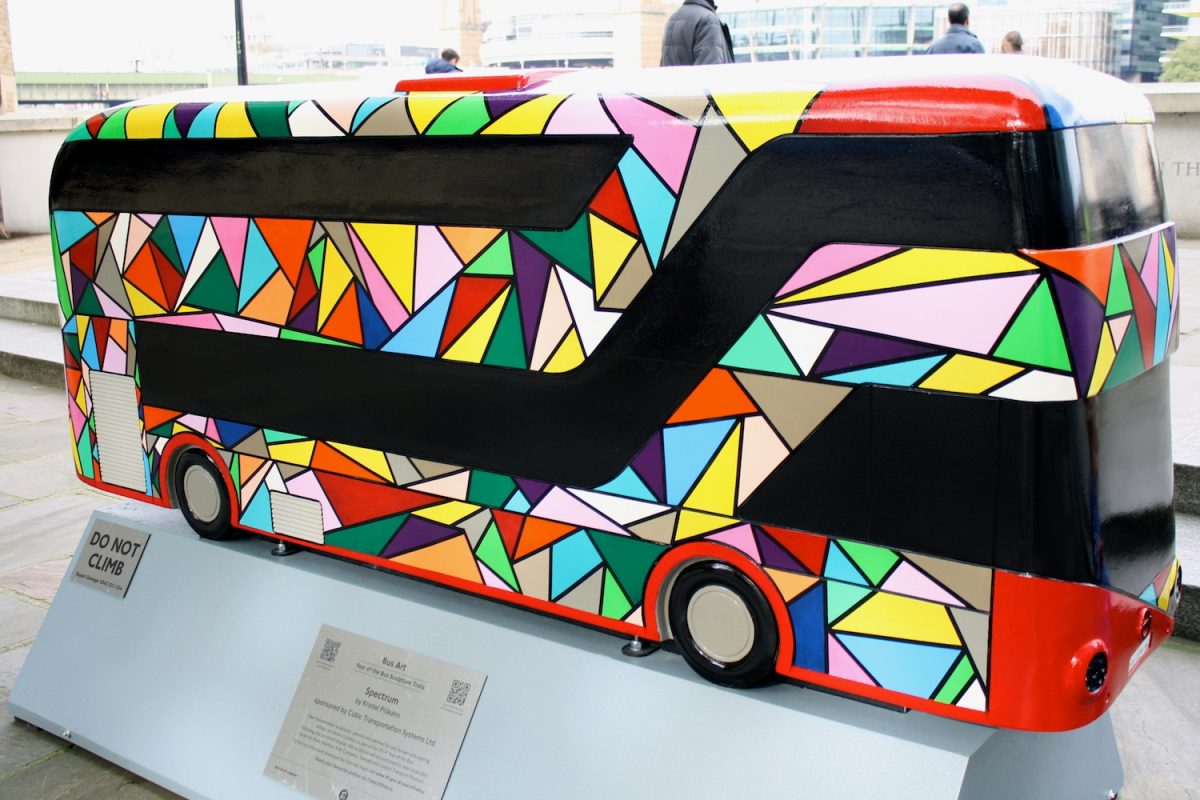 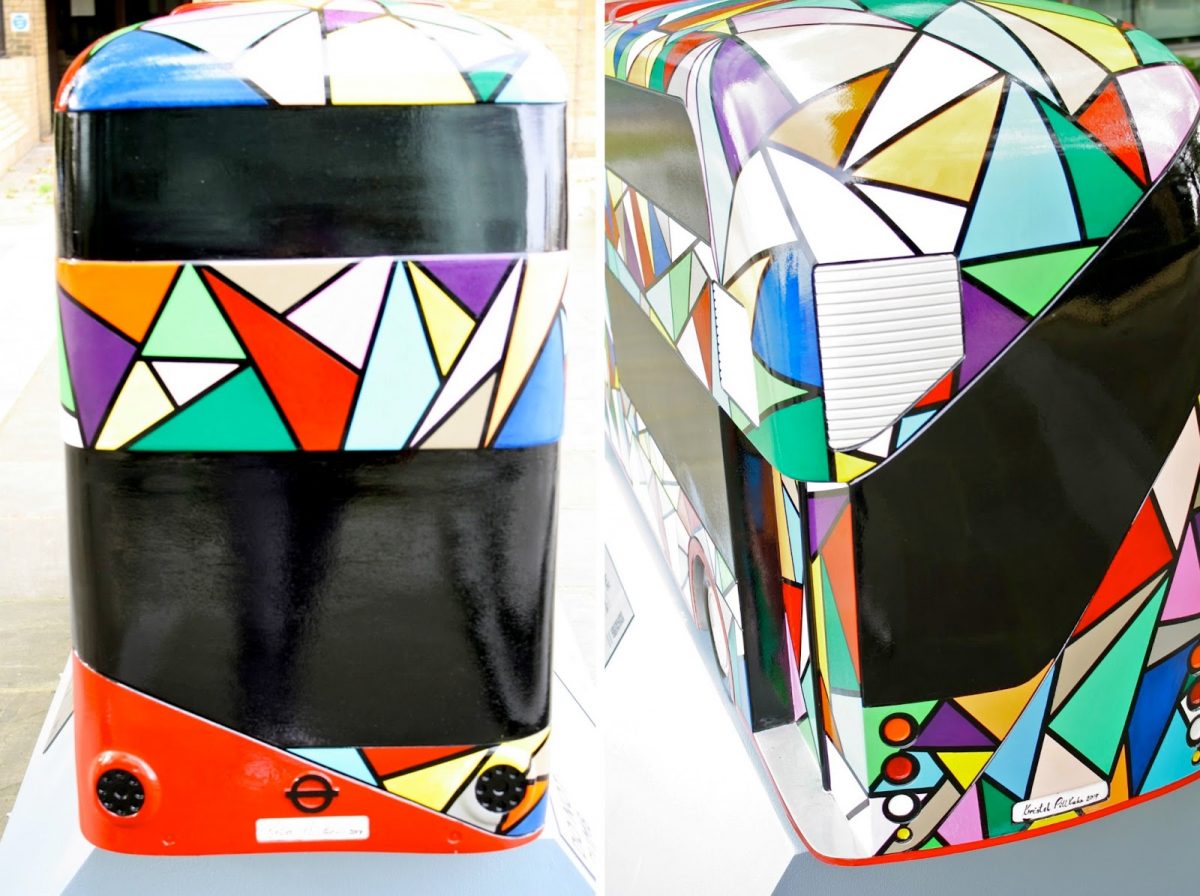 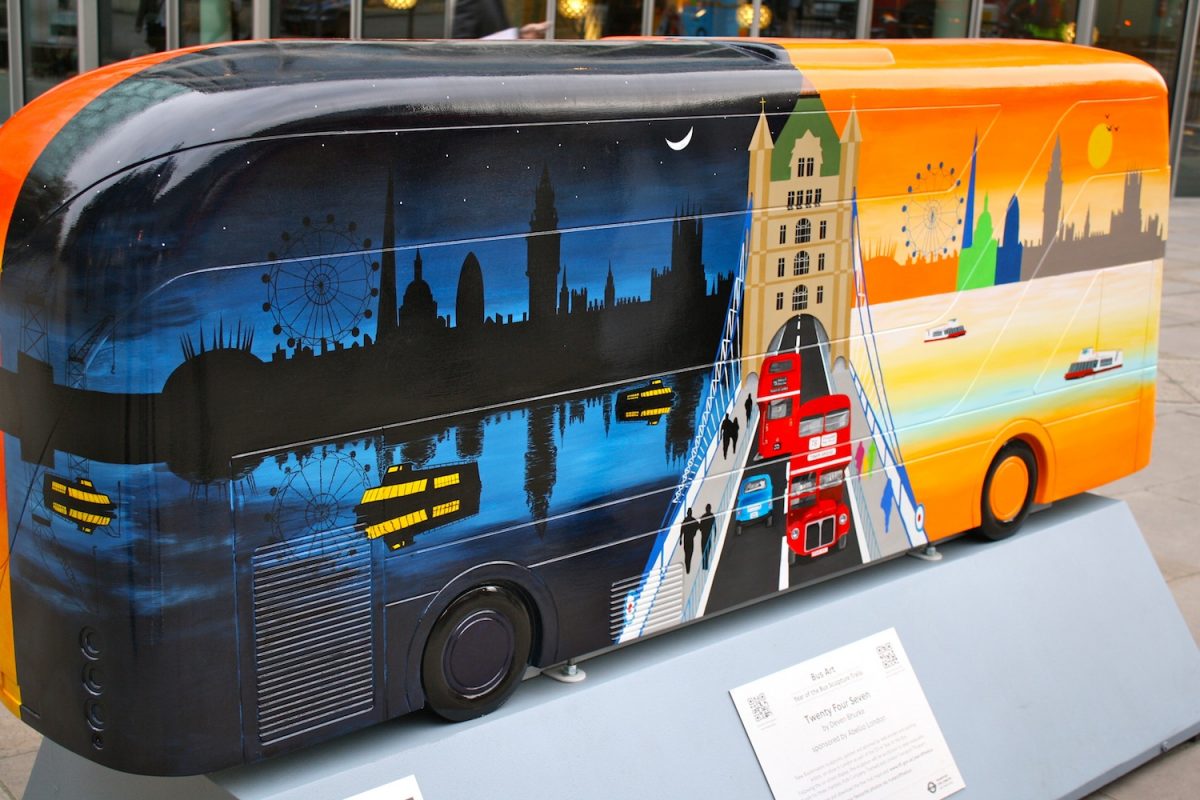 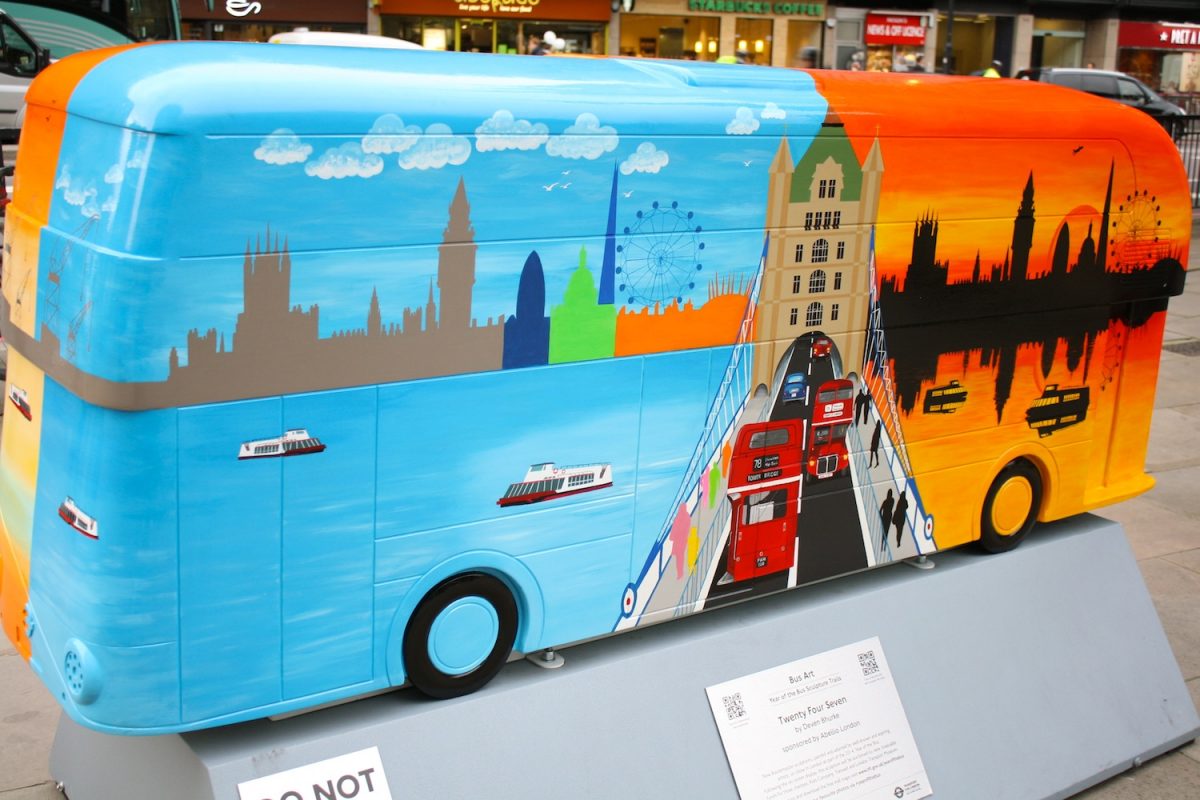 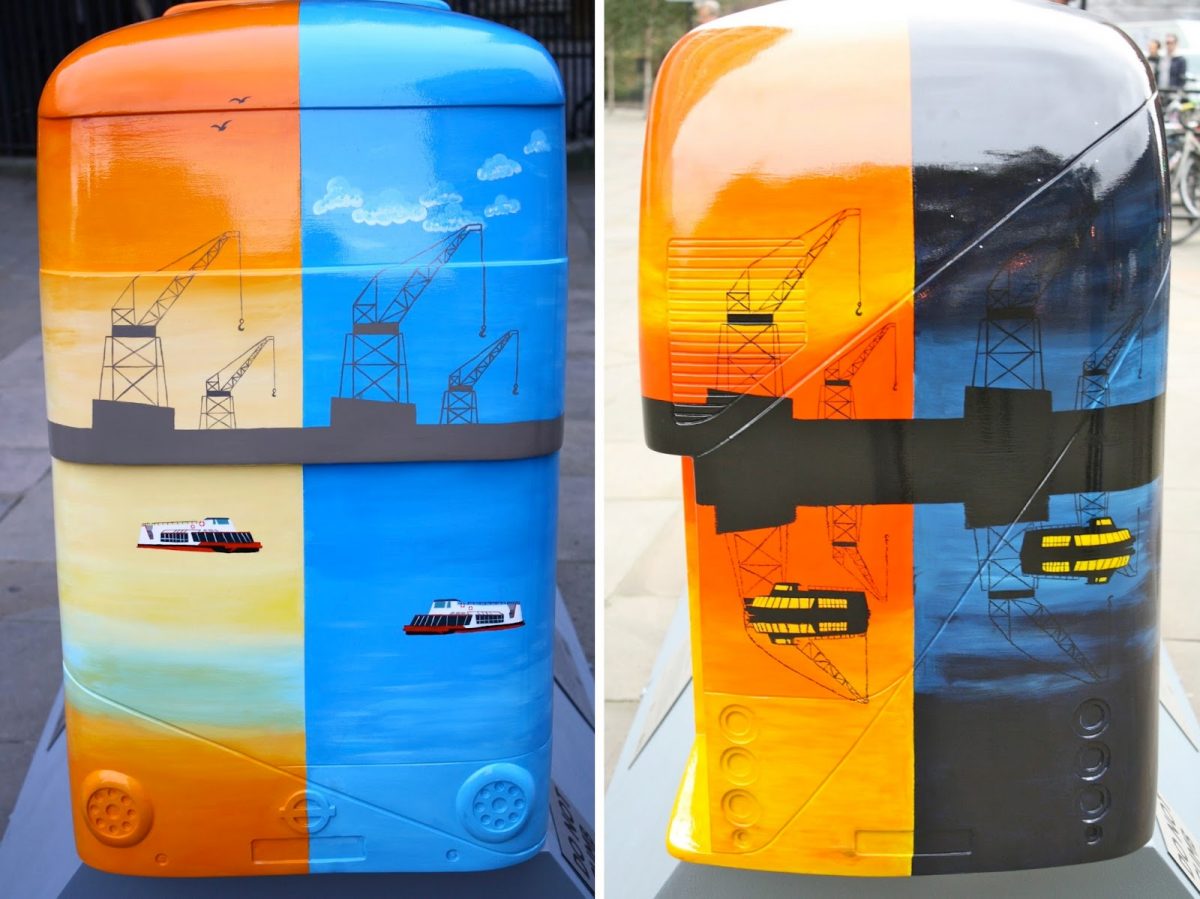 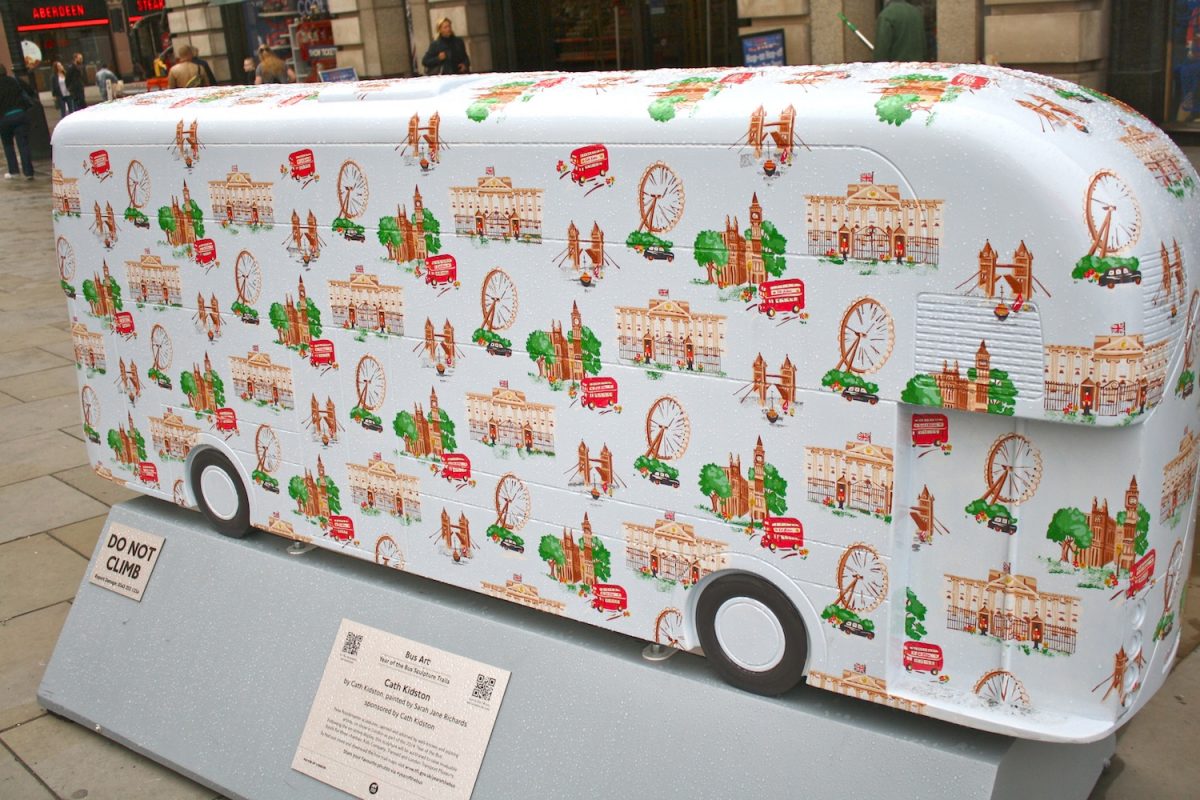 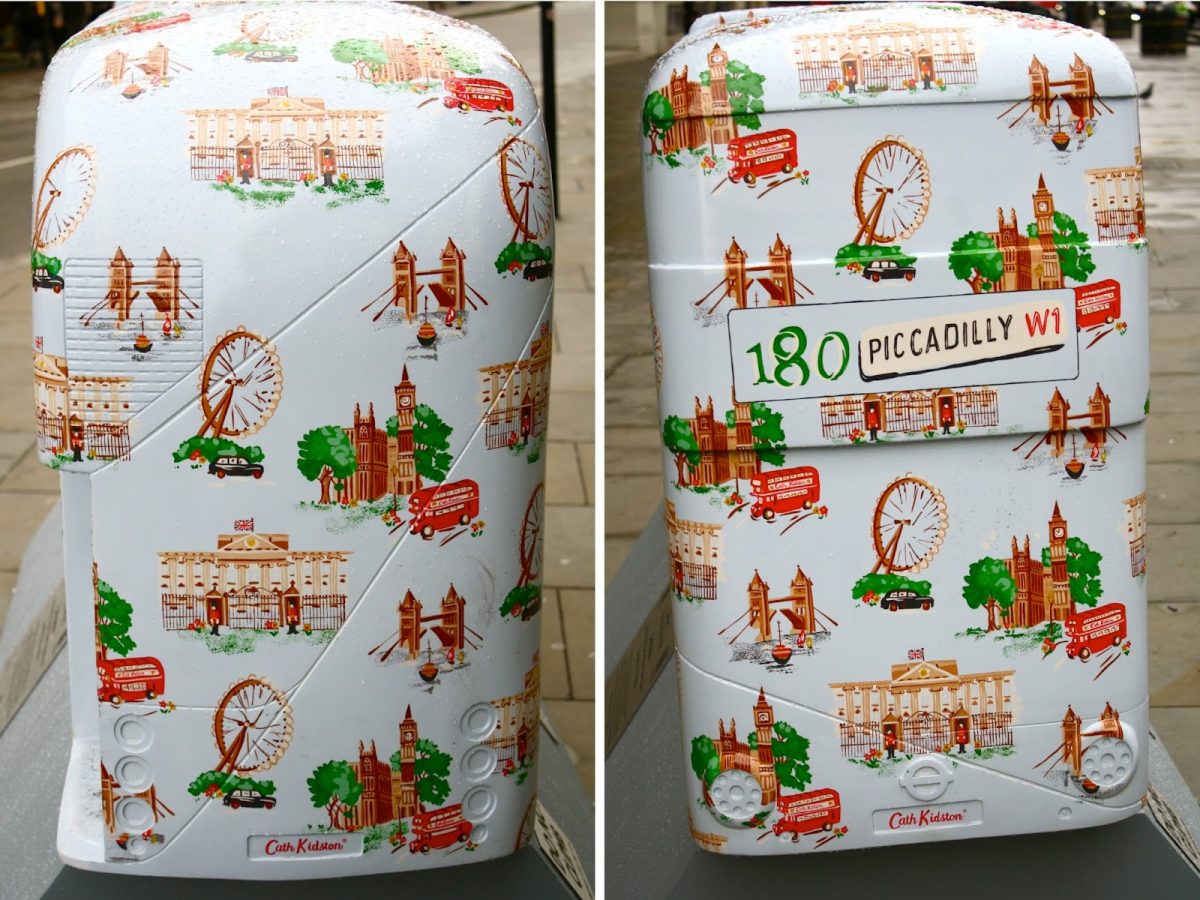 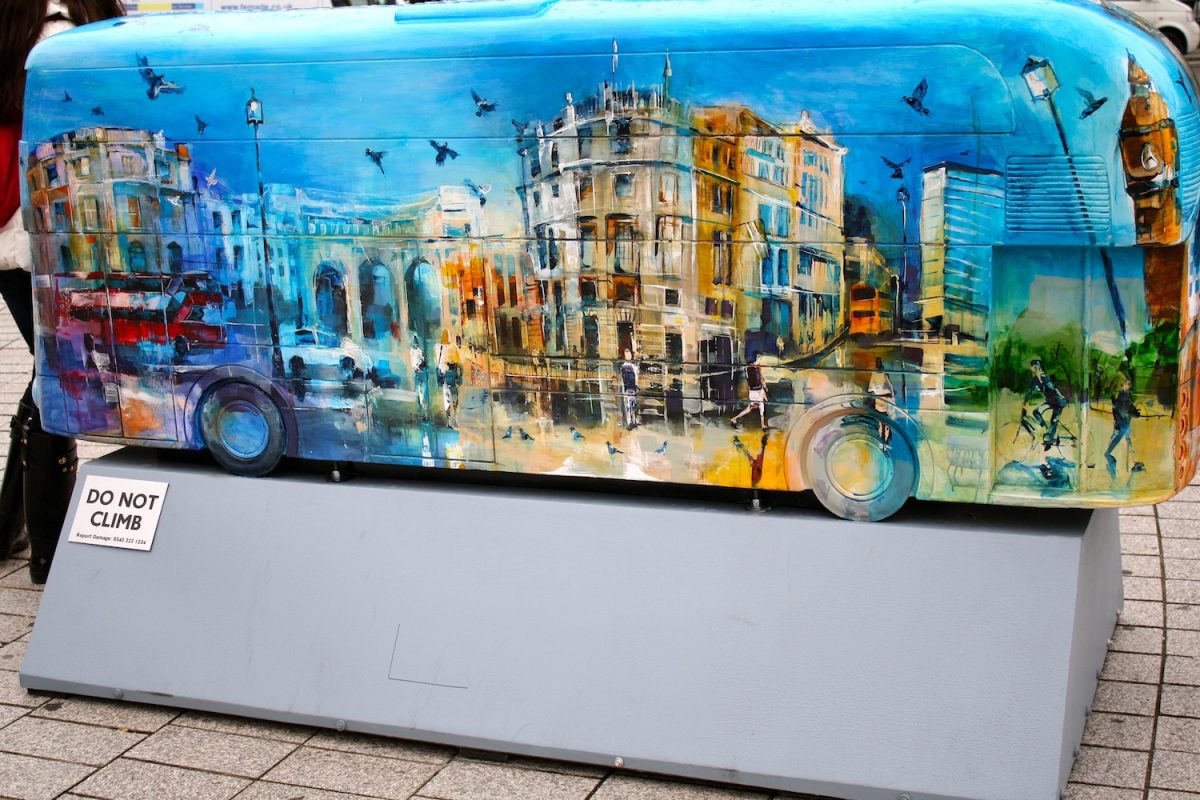 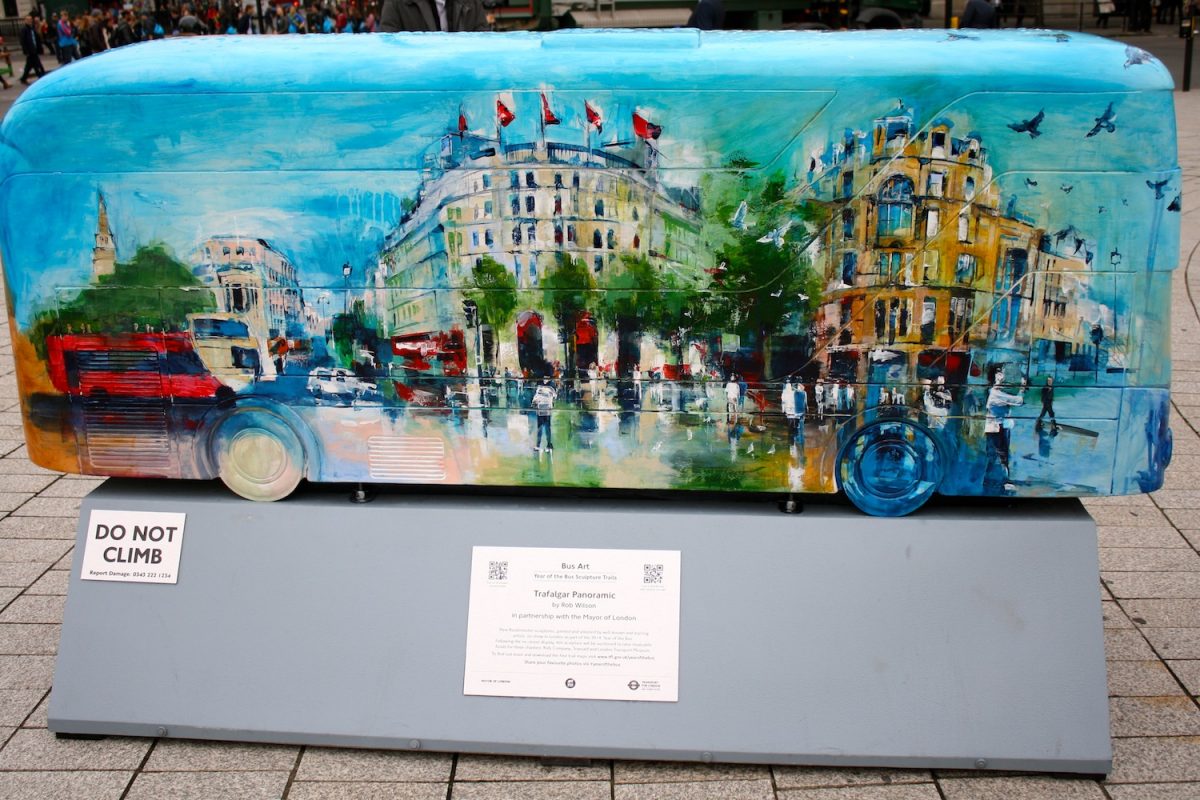 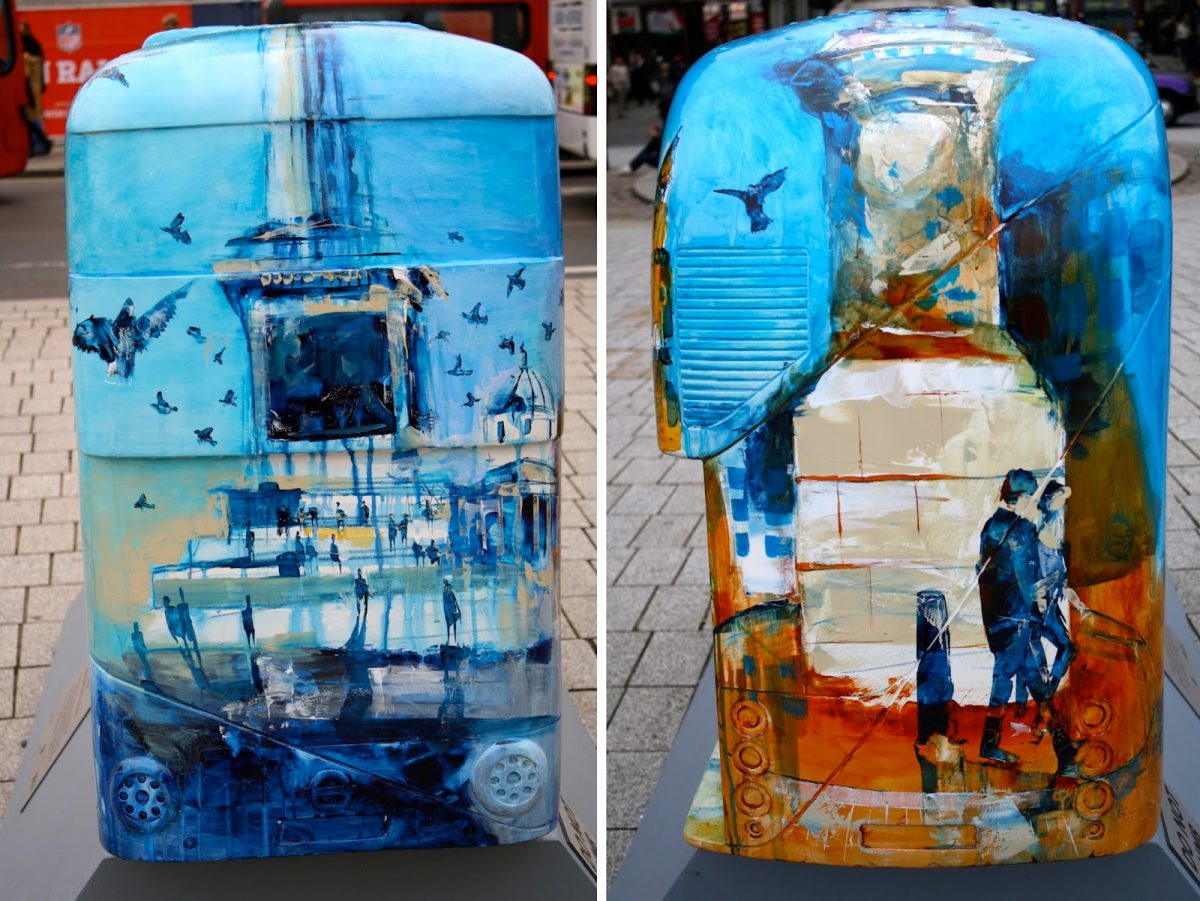 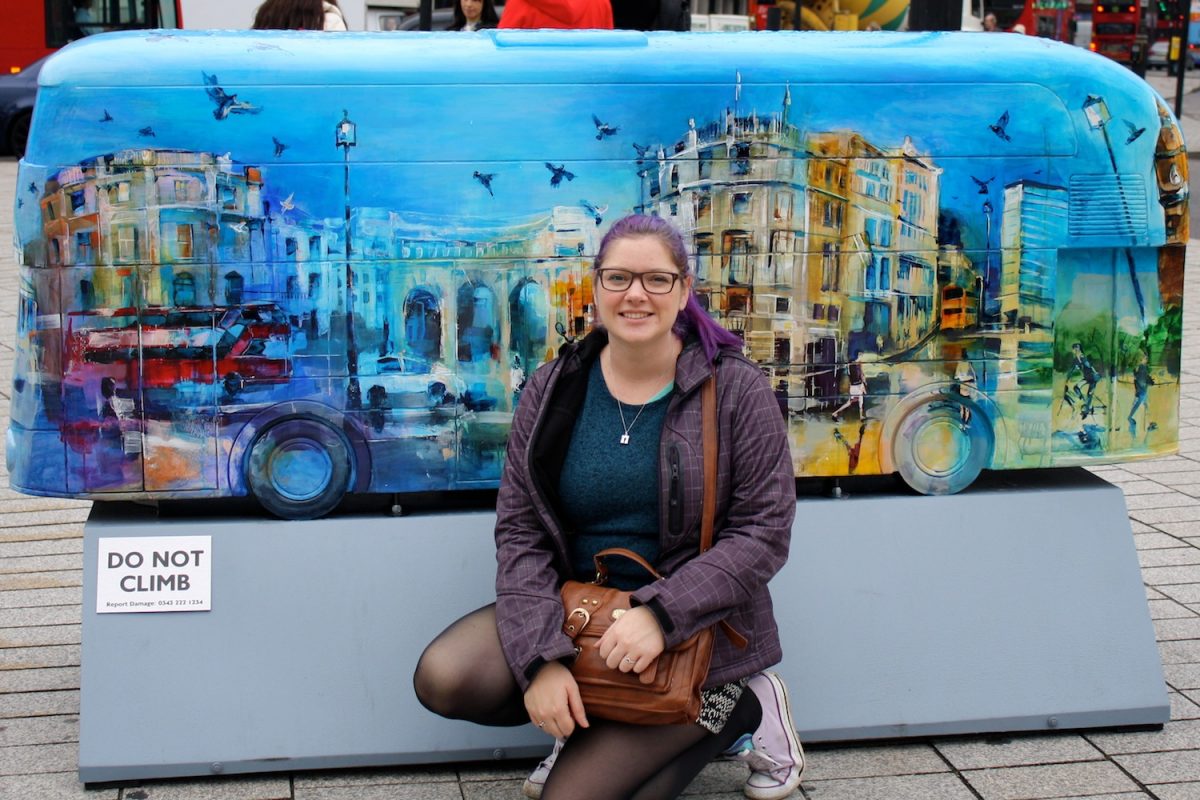 This one was my favourite so I had to get a picture with it. I love the style it was painted in. 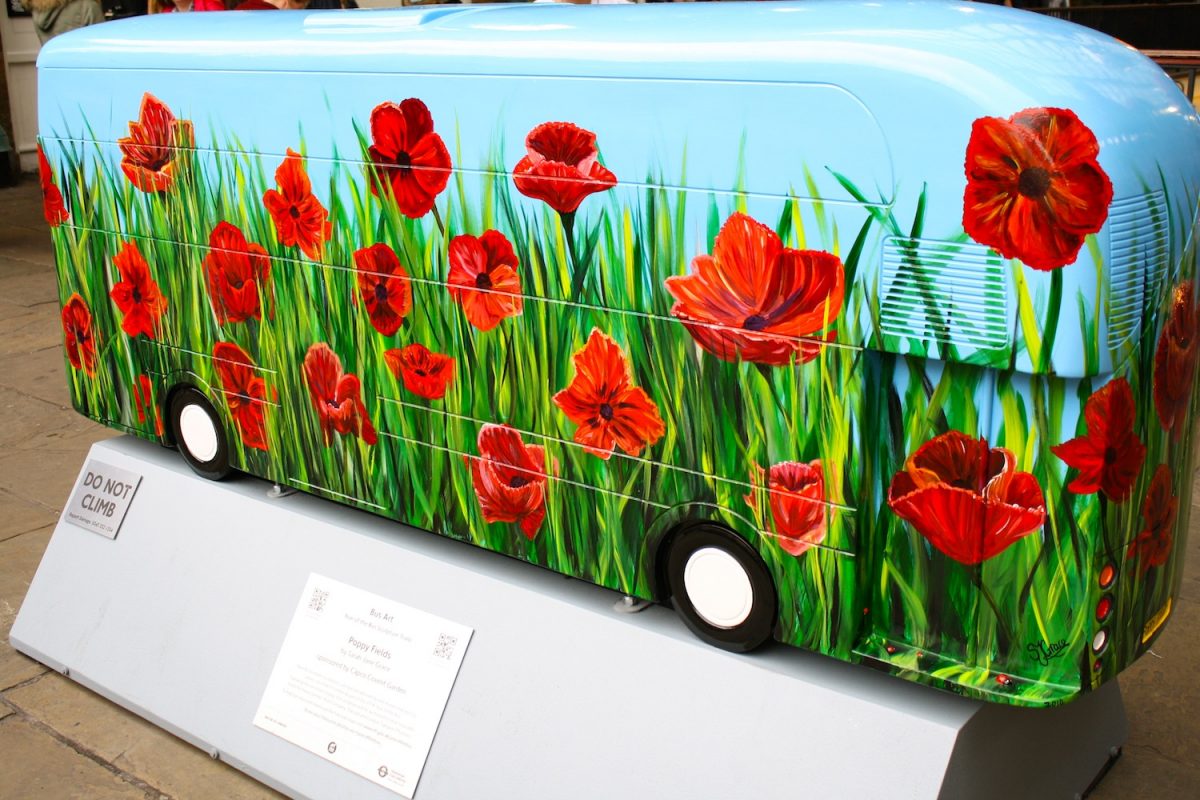 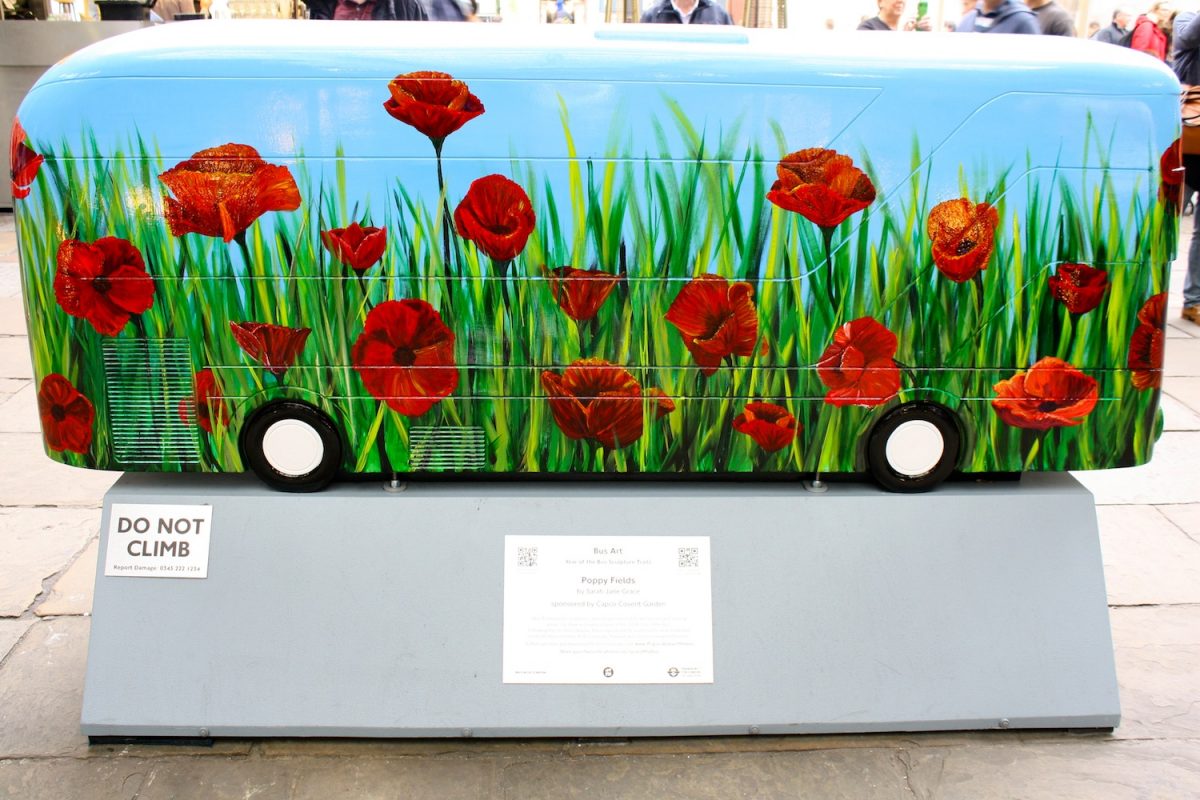 {Poppy Fields by Sarah Jane Grace}
We found a few more but they were across streets that we couldn’t get to as we were going other places. If you want to hunt the buses, you can either wander around like we did, or check out the website here to see the locations. Once the trail finishes, the buses will be auctioned off with proceeds going to three different charities.
There’s apparently a paddington bear sculpture trail on at the moment too, so keep your eyes peeled for those buses and bears!