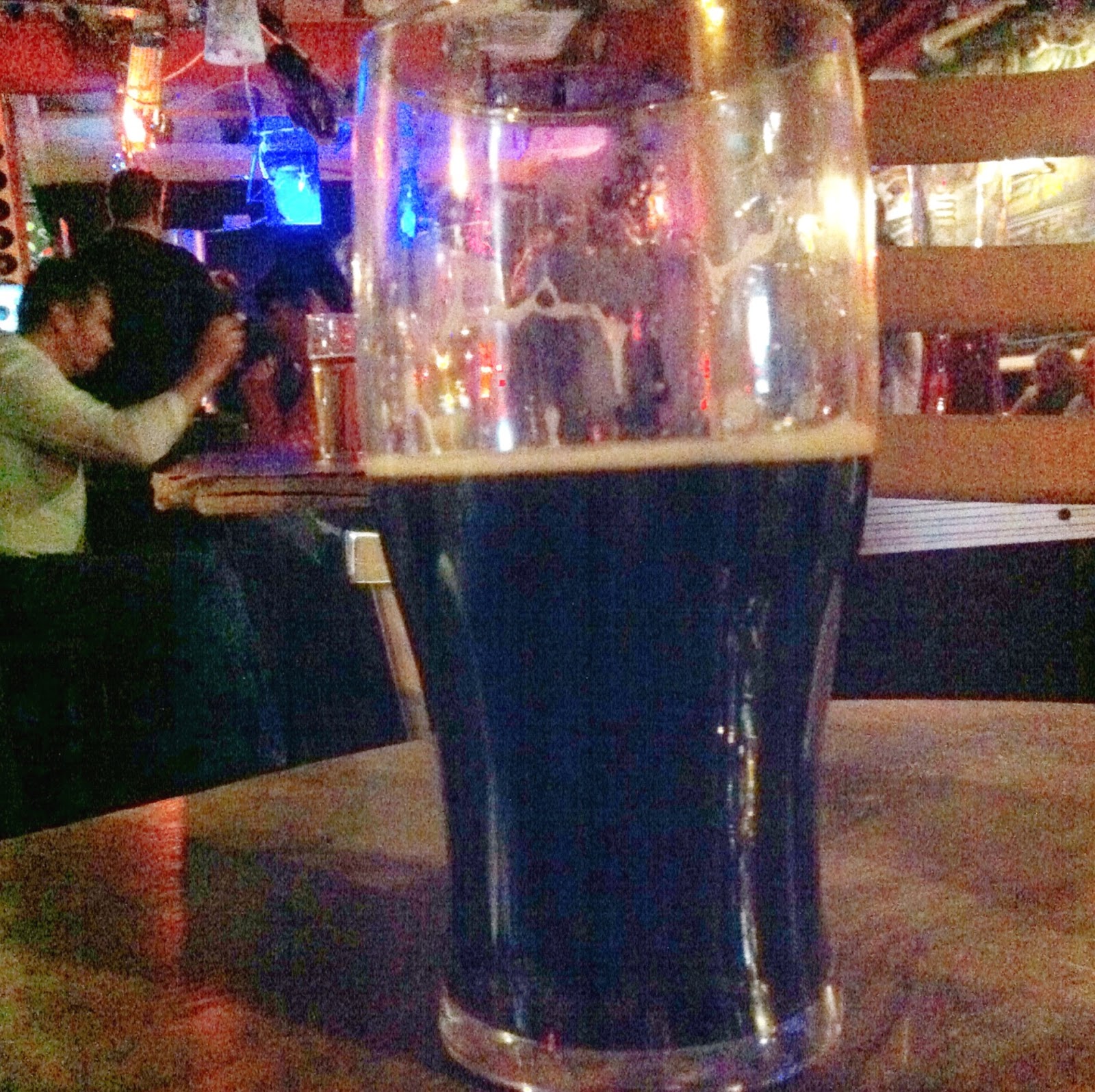 I’d love to say lots of things happened last week, but they didn’t. We didn’t even have plans for the weekend, but did end up going for drink Saturday night, which was good fun. I also decided that this was the weekend I was going to dye my hair purple. Oh boy. 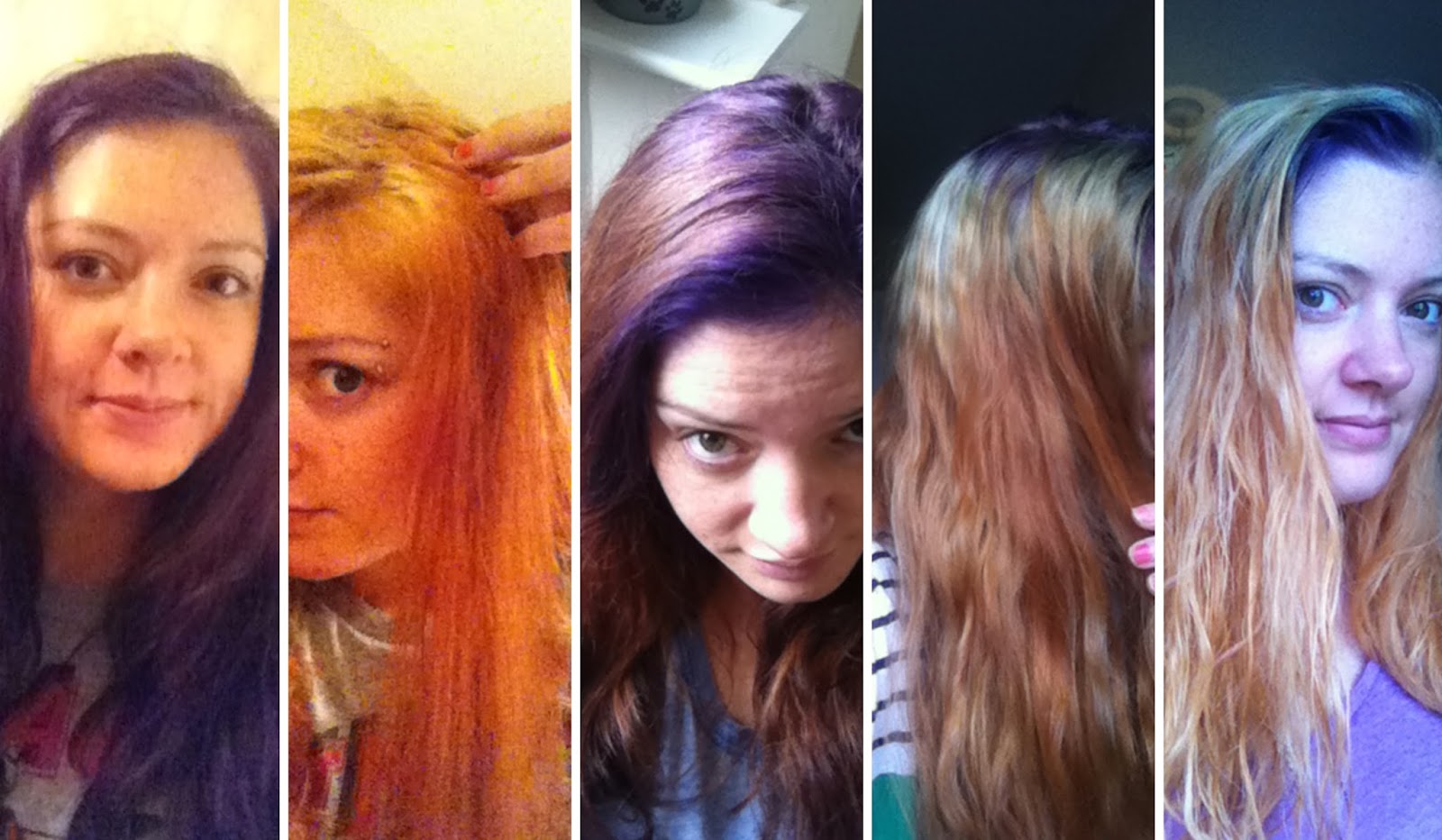 Let’s just say, under no circumstances should anyone probably do what I did, ever. Firstly, I did the good thing in enlisting my friend Bev for help, which was the only smart thing I did all weekend.
The pictures above show the process as follows ::
First picture – how my hair was originally, pretty dark.
Second picture – after first round of bleaching. Hello blonde roots and orange rest of it.
Third picture – I’m a very impatient person, and I’m going to try do dye it purple anyway. Hello purple roots and orangey/red rest of it.
Fourth picture – let’s bleach it again because then it will surely go blonde (it didn’t)
Fifth picture – after bleaching it a THIRD time (don’t ever do this)
Now, I realise how stupid I was bleaching my hair three times in a weekend essentially, Friday, Sunday, and Monday. I conditioned the crap out of it between dyes and even did a coconut oil overnight after the last dye. I honestly don’t know how I still have hair and it’s actually not horrific. No snapping off, gummy hair. Just a little dry. I will say that I started with amazing condition hair as I very rarely use heat on it or even brush it. Finger combing is the way forward apparently. Not to mention it was super thick. I am super impatient and just got stupid. Not to mention not loving the millions of colours my hair had turned. See that green there? When you get bleach on purple that’s what it turns. It looks mouldy.
I can see you all shaking your heads and gasping at my stupidity, I’m right there with you. Kids, don’t try this at home. I’m putting more purple on it tomorrow, and after that not touching it for a while. So it will be what it will be. Follow along on Instagram (@chicadeedee) to see what happens as I’m just gonna go with it.
On the upside, London this weekend, whoop whoop!
Have you ever done anything incredibly stupid to your hair? I can’t be the only one (just google “I bleached my hair and now it’s orange” there’s a lot).
Previous Post
Next Post