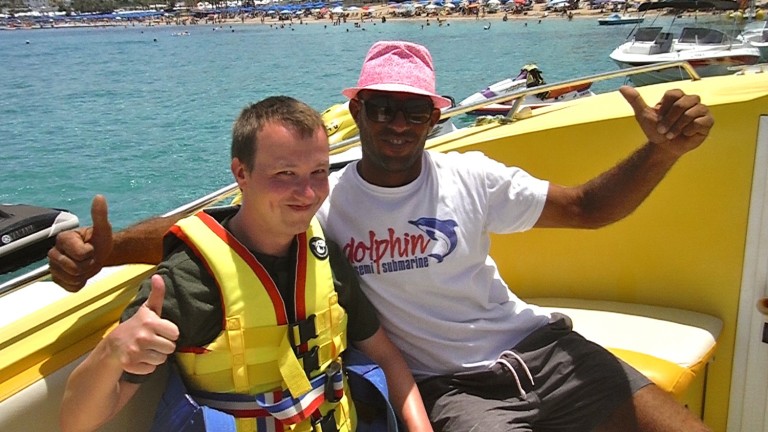 Even though we went on a relaxing beach/pool vacation, we couldn’t help getting some adventure in. We spent a day going to Protarus so that Adam and I could go parasailing. Everyone else just decided to watch, their loss!
Adam and I decided to do a tandem parasail so we could go up together. You could even put three of you up there if you wanted to. Since I’d never done it before, I was freaking out a little, and even though Adam had gone before, he was freaking out a little too. He was a lot cooler about it than me though, with all my, “oh man, I dunno about this, we are going to be so high!”

It was all ok in the end though as we went up up and away high above the ocean. 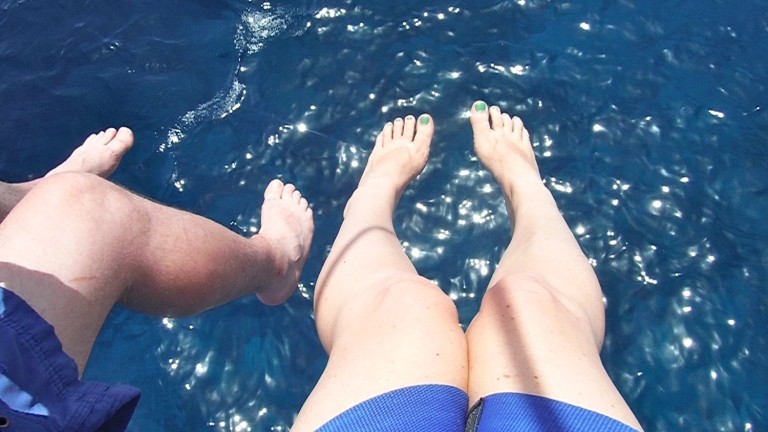 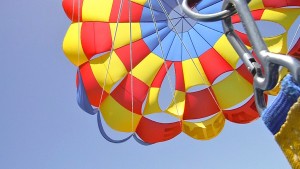 Little scary when you realise you’re only held up by two metal hooks, but with the views to distract you it’s all smooth sailing. 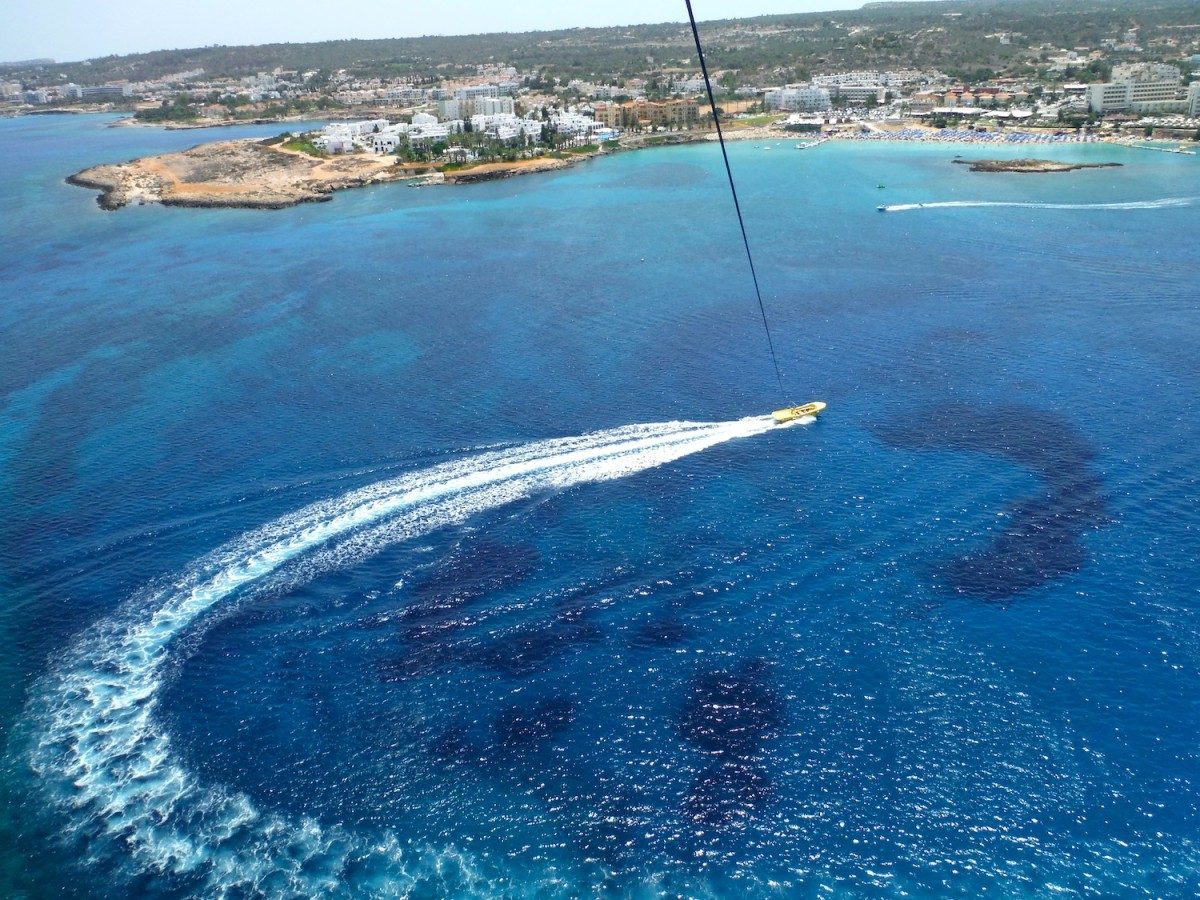 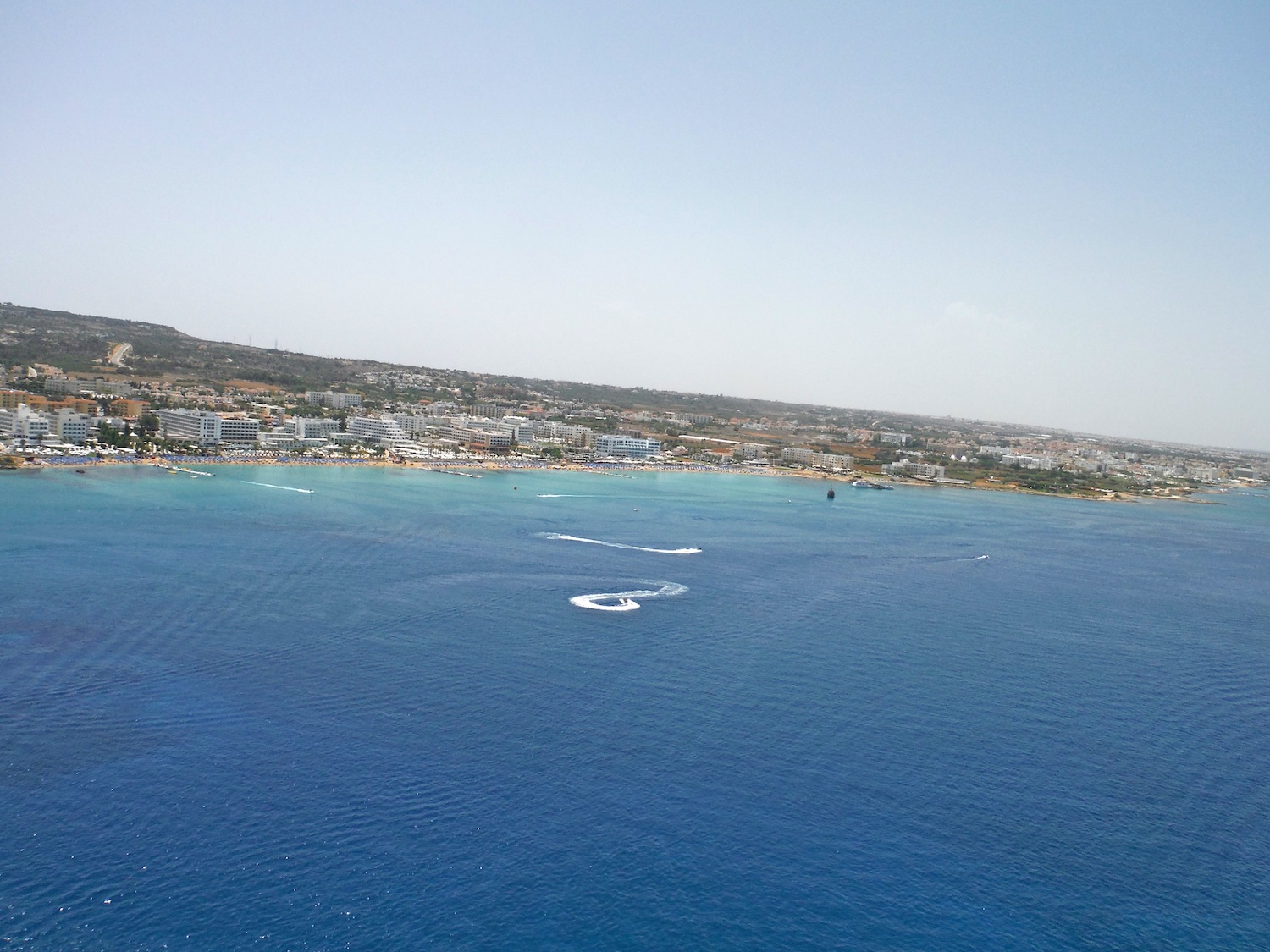 We got certificates at the end of it, which I thought was pretty funny, but hey, I’m still keeping them. The thing that surprised me most was how slow you felt you were going, even though the boat was speeding beneath you. I really just felt like we were floating, really slowly through the air. No jerks or pulls. The surprise dunk into the ocean was pretty fun though, as well as the second and third.
I can’t remember exactly how much it was, but I think it was around €35 per person if there were two of you going. We also went on a few of the other speed boat toys at €10 a pop, so it was a day well spent in the water.
Have you ever been parasailing? I’m addicted now and really looking forward to the next place we go that has it.
Previous Post
Next Post