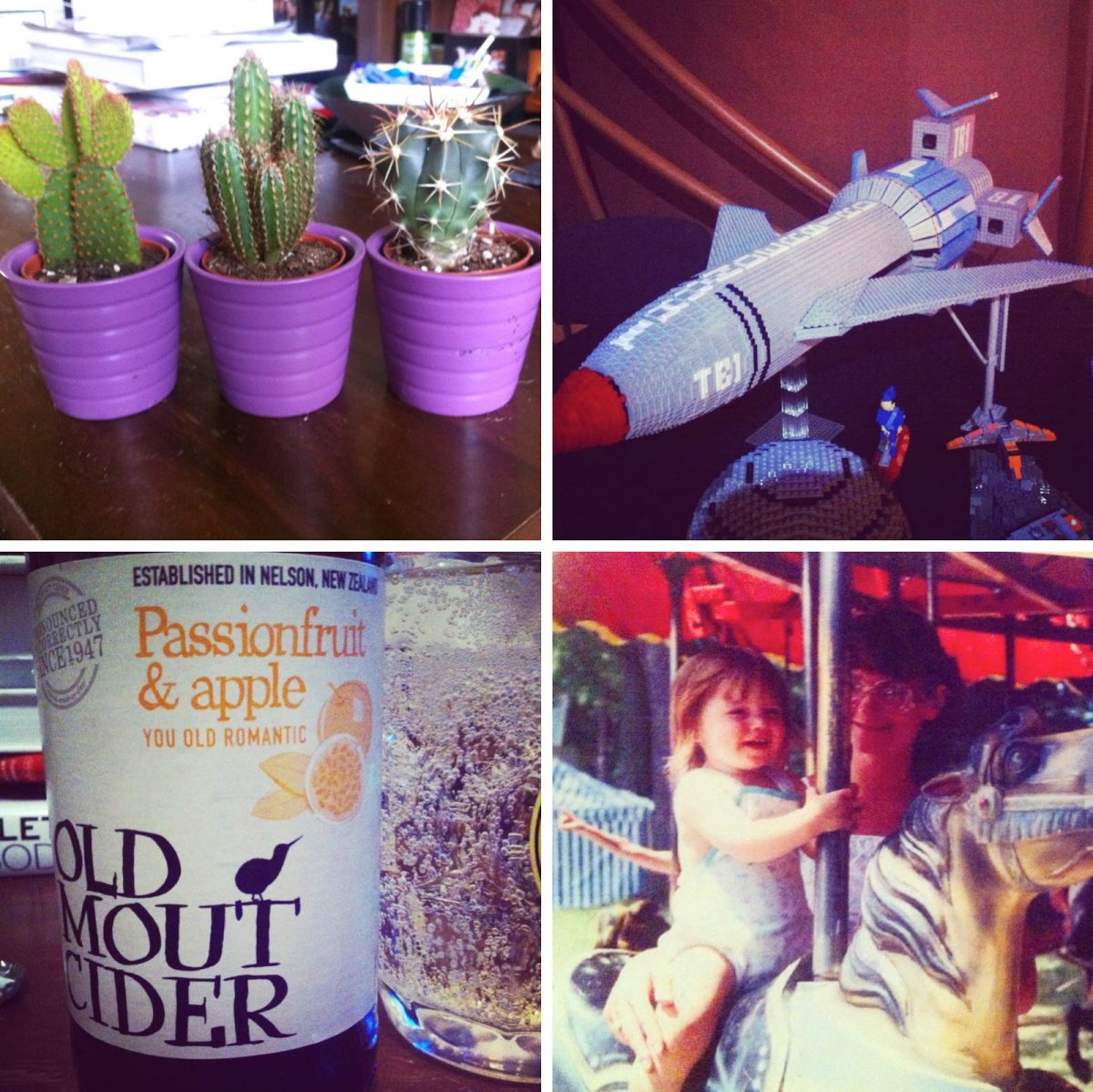 {New cacti // National Space Center // New cider // Me & Momma}
This past week has been so random weather wise, which has made it super hard to plan and do anything. Half the day it’s sunny and the other half it rains, or it mixes it up and rains for 20 mins, swaps to sun, then rains again out of nowhere. Repeat all day.Needless to say the gardening has been put on hold for the past week, so it’s looking a bit rough still. We are hoping to clear out the overgrown forest that is our backyard and plant some flowers. By plant some flowers I mean spread some seeds because things don’t grow all that well back there, and we found that out the hard way by spending lots of money on flowers one year.
We went to Ikea Friday night with the intention of getting some new cushions or cushion covers for the couch, but came home with straws, a little trio of cacti, a flamingo glass, milk bottle and a clock. Cushion pickings were slim.
Saturday we headed to the National Space Center and timed our visit to coincide with the Lego exhibits. Kids at heart. It was really cool, but I’ll tell you more about it later.
Saturday night was the Eurovision song contest final! Now, Adam loves Eurovision, but he does say it’s not as fun and kitschy as it used to be. There were actually some impressive acts and singers. Eurovision practically begs for drinks so I grabbed a few bottles of cider, one of which was a New Zealand Passionfruit and apple one. So tasty! It wasn’t overly sweet like some flavoured ciders can be.
Sunday was Mother’s day in America, but not in England, so it felt kind of weird. I normally send my mom mother’s day things for English mothers day, and American mothers day. The problem with this is that you have to get the cards near English mother’s day, as of course they are out of the shops by the American one a couple month’s later. Now that’s not necessarily the problem, but my problem is I’ve lost my second card so couldn’t send it to my momma. Oh well, at least she got one package! Daughter fail.
If anyone knows where you can order bright coloured cushion covers, let me know!