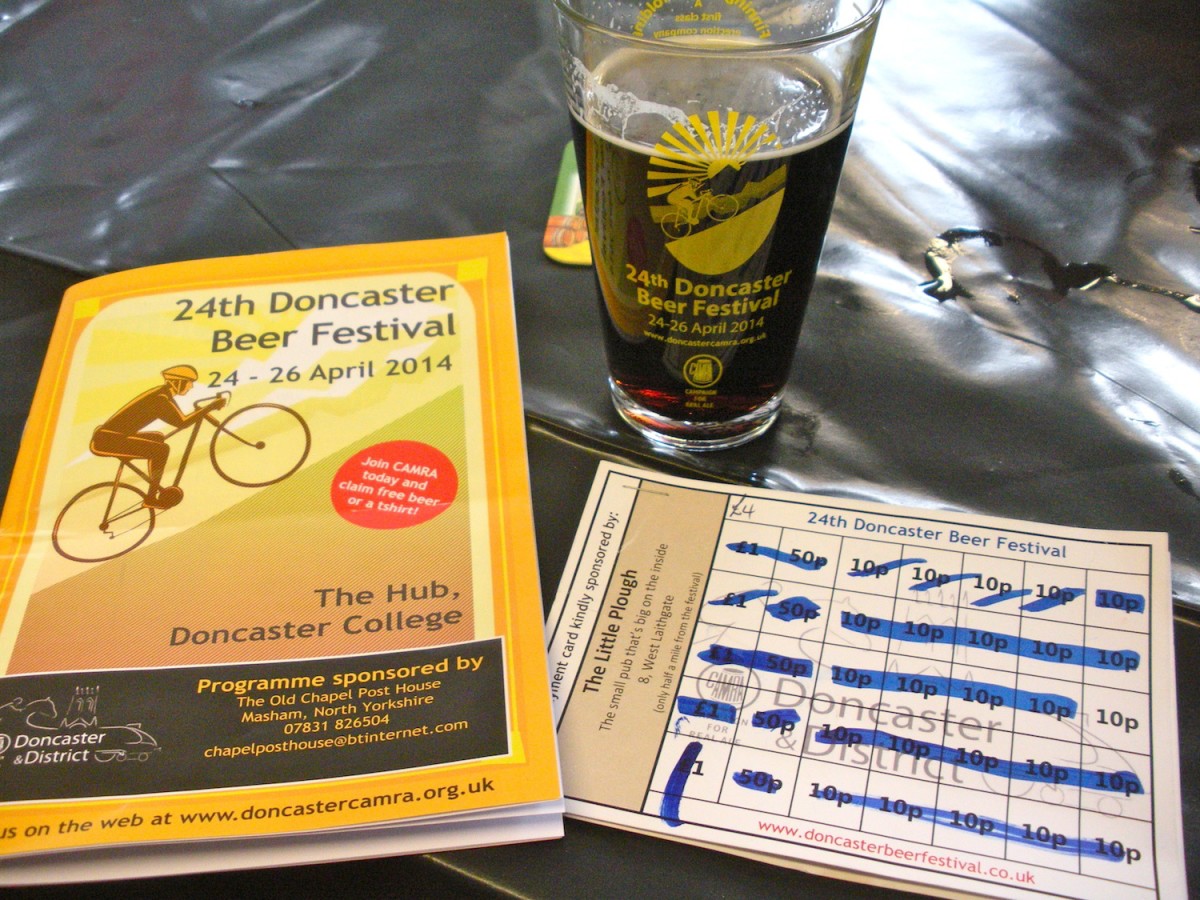 Saturday we decided to have a day trip in the city we live in and attend the Doncaster Beer Festival. We’ve missed this the past couple of years because of things going on, so needless to say I made sure we put it on the calendar and kept the day free.
My only gripe is that this festival starts on a Thursday and runs through Saturday night. Because of this a lot of the beer was sold out by the time we got there Saturday afternoon. There was still enough to drink, and I found a fair few good ones. 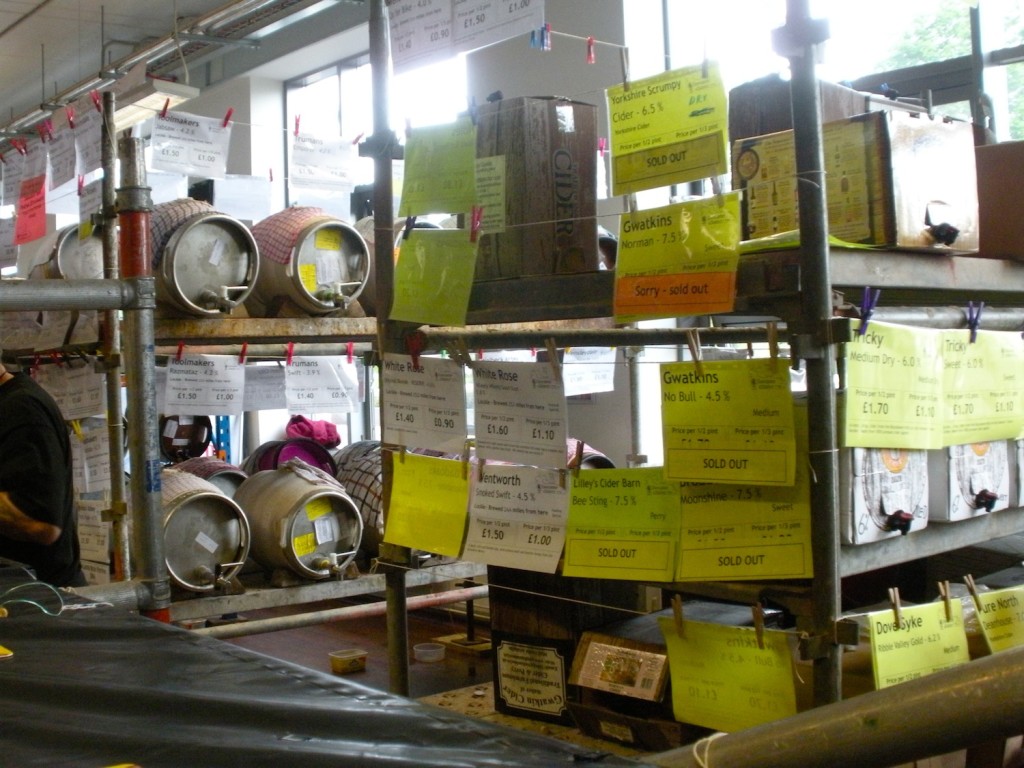 The system this year worked like this – you are given your half pint classes, you pay £10 for a card (or several adding up to £10), were given a booklet with all the beers listed in alphabetical order with descriptions, then went up to the counter to see if it was available. You could choose to have a taste, and when you found one you liked you could opt to pay for a 1/3 of a pint, or 1/2 a pint. I just went all in and used my best judgement to go for 1/3rd’s every time. Depending on the beer you chose, depended on the price. Most were around £.90-1.00 for 1/3 of a pint, and about fifty pence more for the half. 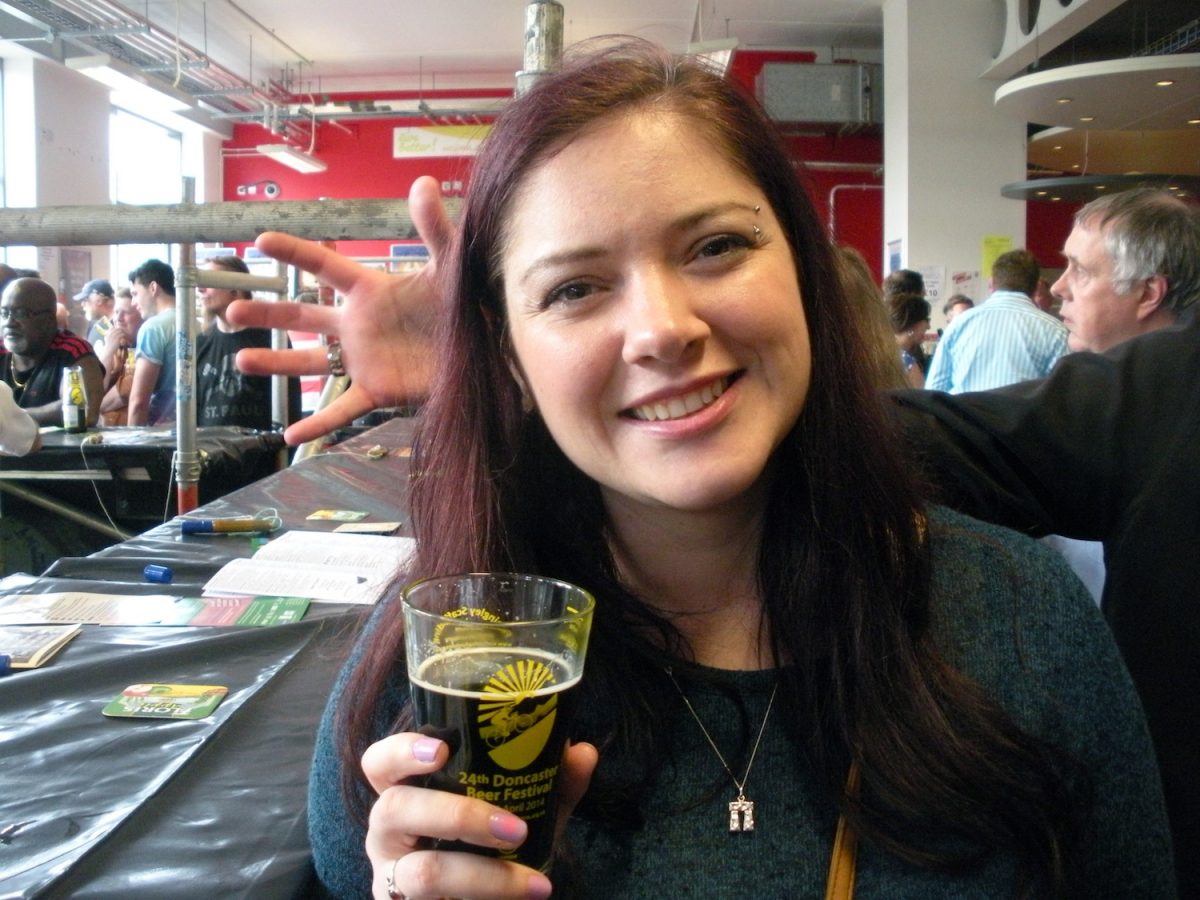 I was really happy with all of my choices, I’m apparently an expert beer picker. 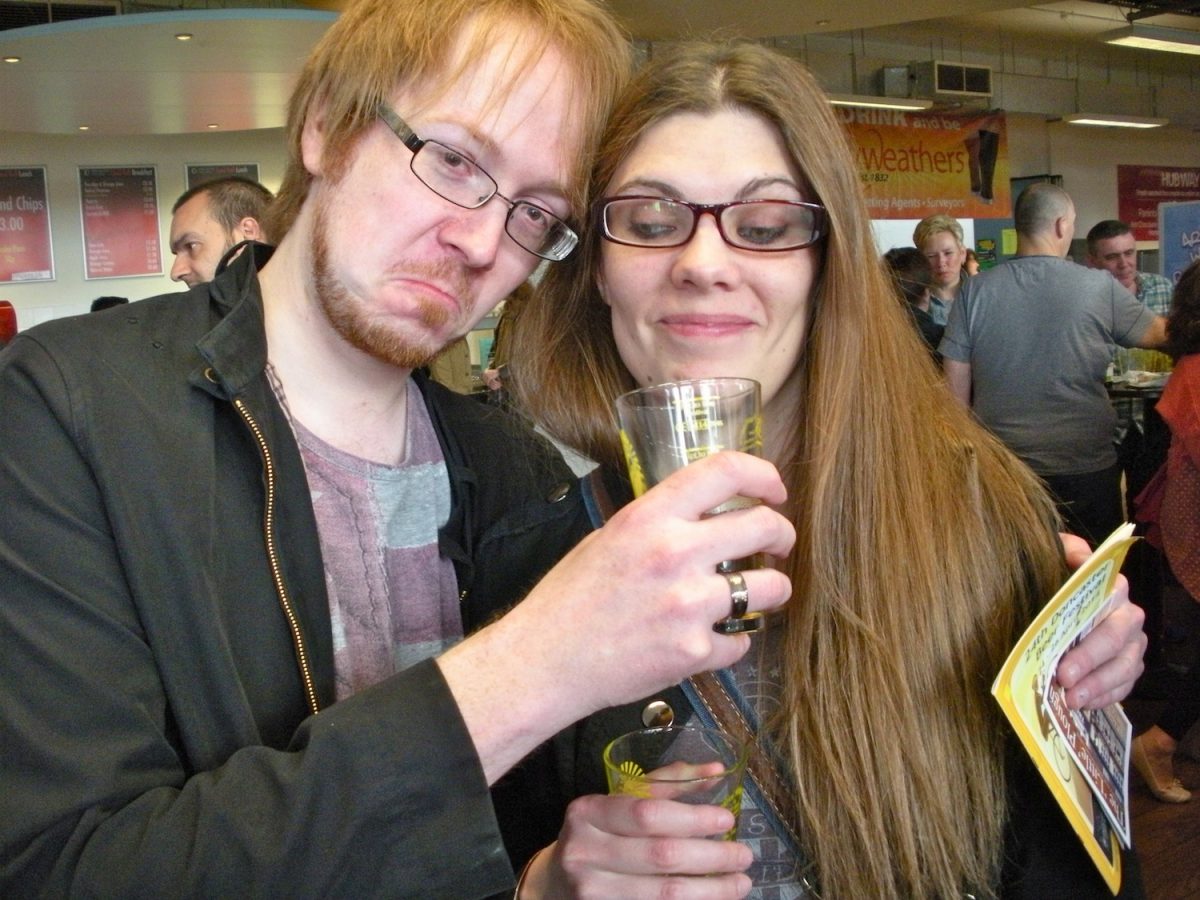 Fran and Michael however weren’t, and had a couple un-drinkables that took them a long time to get through. The other problem with the event is there is nowhere to dump beer that you don’t like. You’ve just got to plug your nose, suck it up and down it. 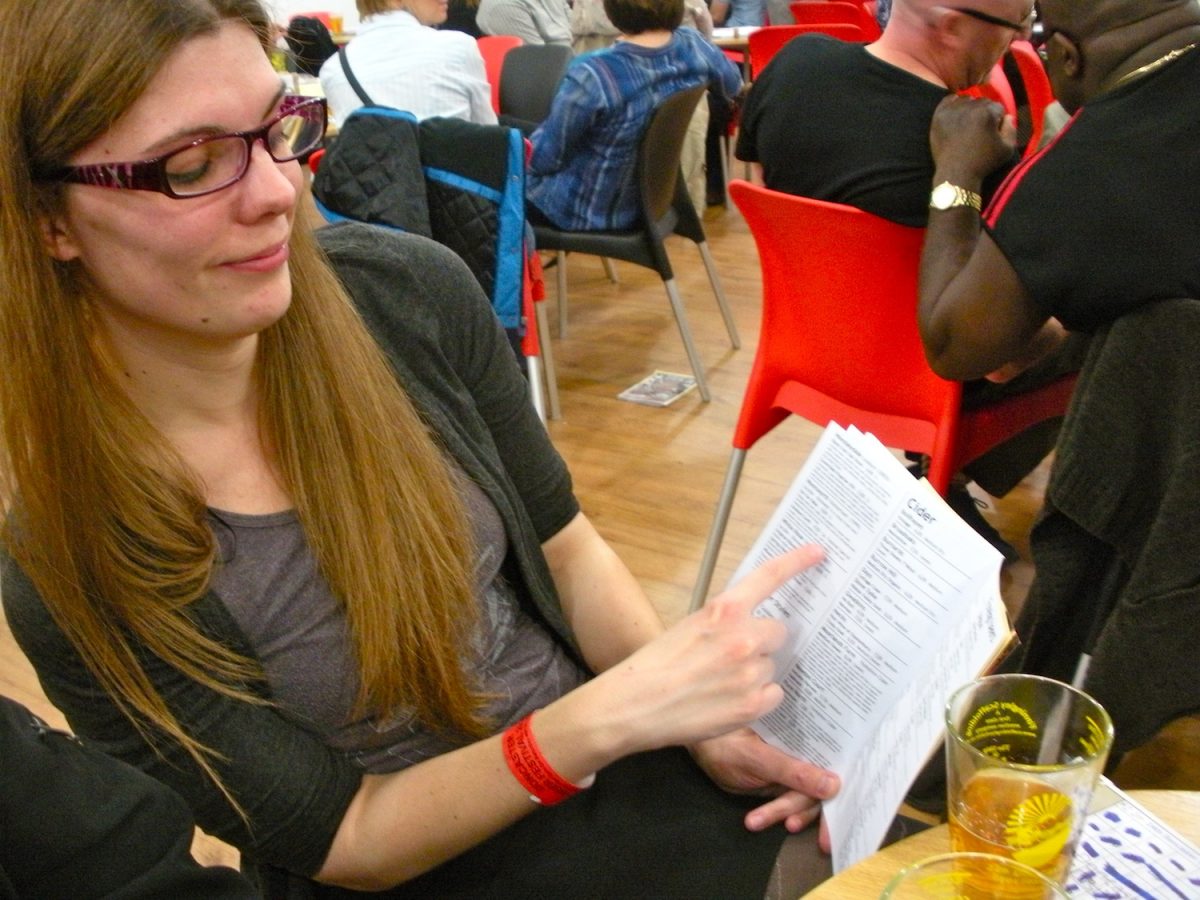 {Fran mulling over the choices} 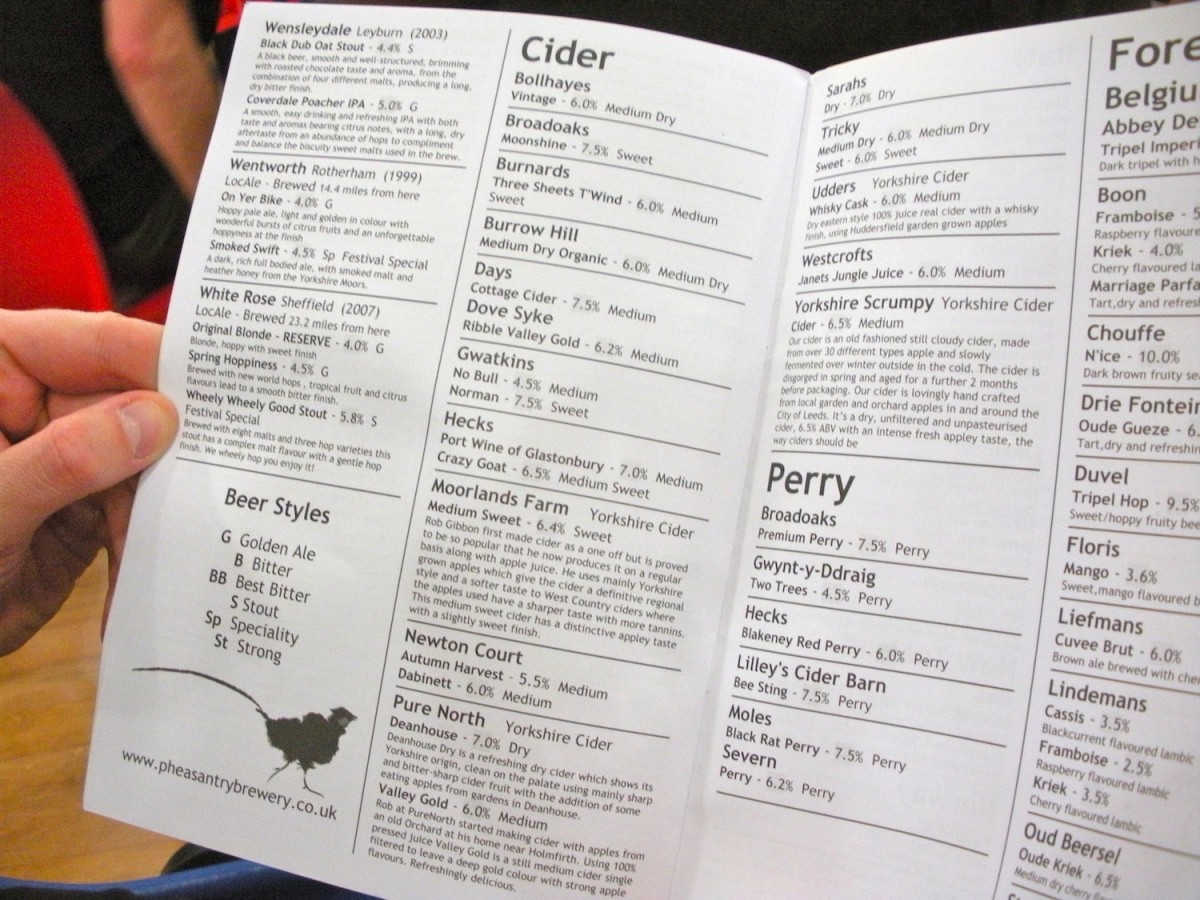 There was also quite a large cider section, as well as some foreign beers you could try. 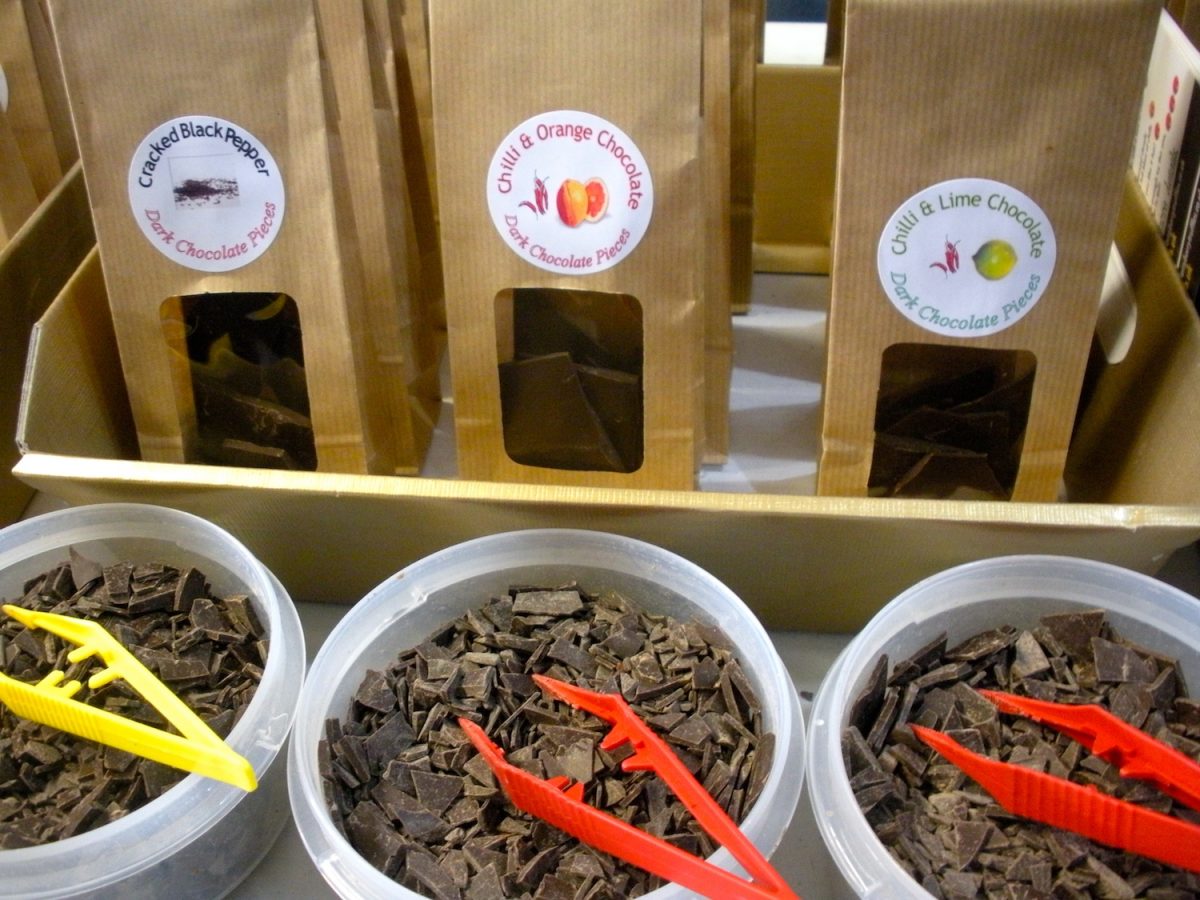 Fran sniffed out the man selling unique chocolate flavours, and I tried a scorpion chilli super hot chocolate that I was thankful I had my stout to was down. We opted instead to play it safe and get some chocolate covered pretzels as a snack. 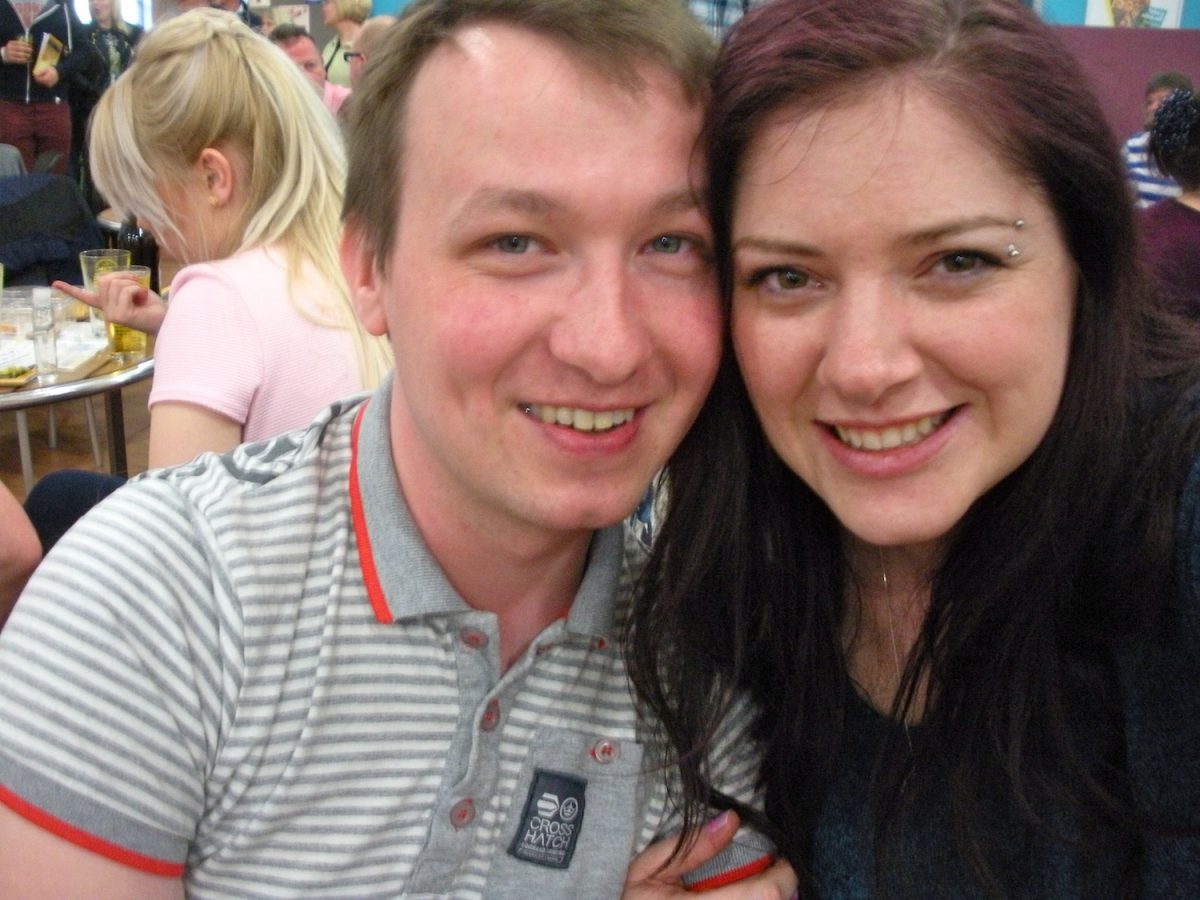 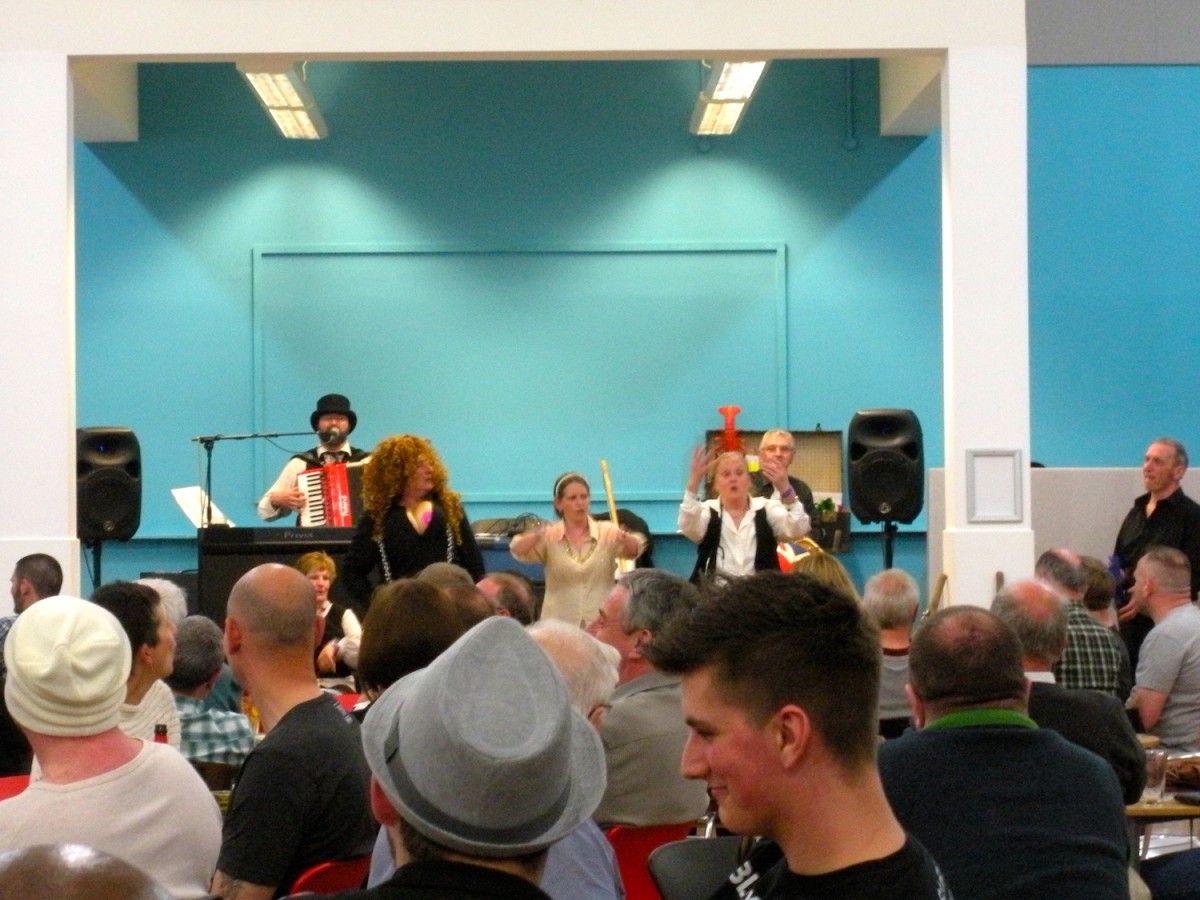 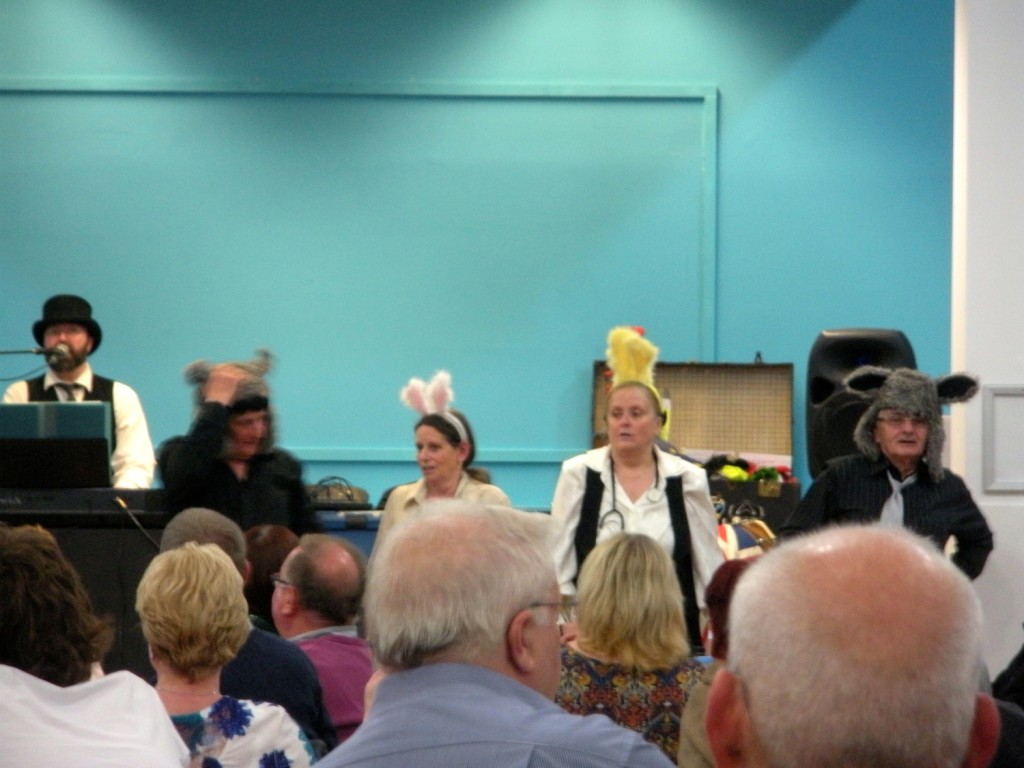 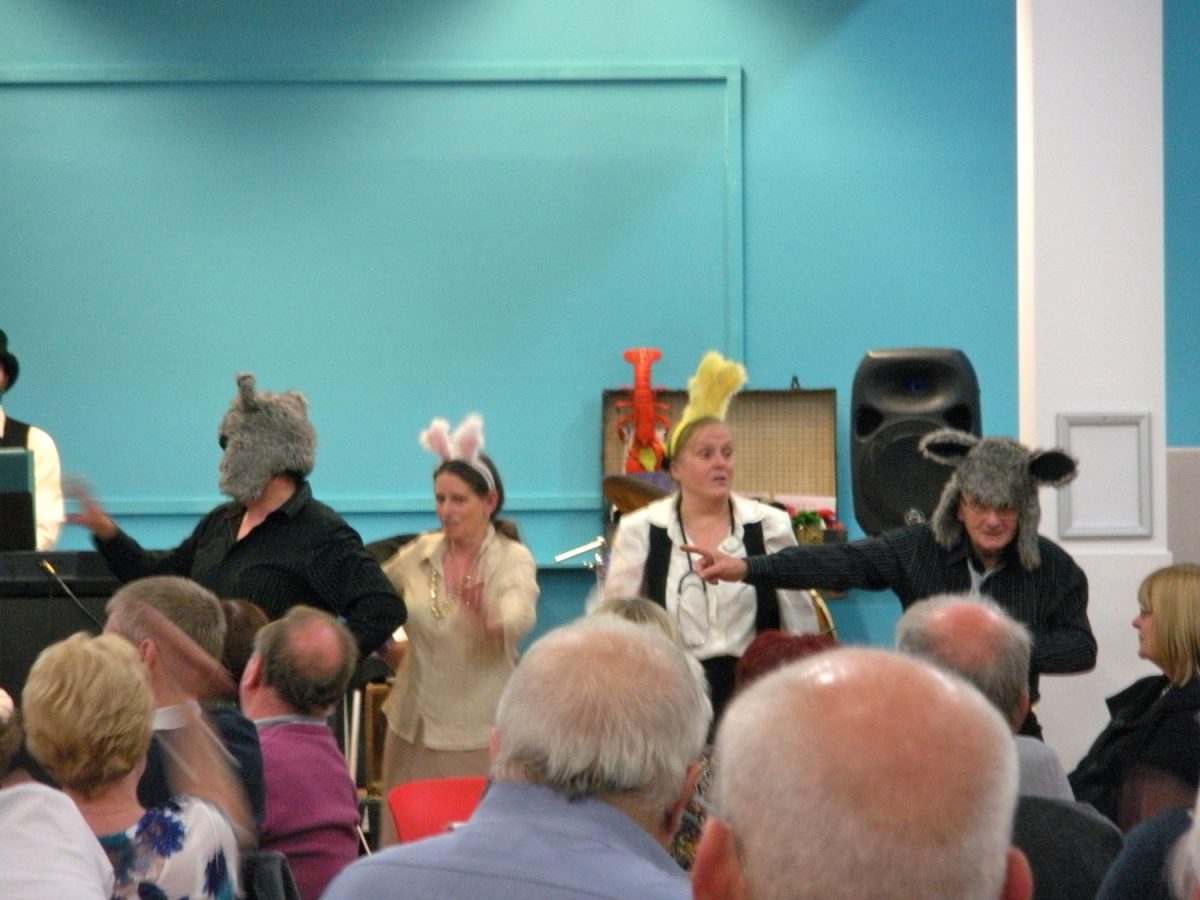 The other great part was there was a hall filled with tables you could eat your food and snacks at, and listen to the music. It was a much more chilled out atmosphere than some other beer festivals I’ve been to, especially for a Saturday, but it was really nice and the band and their dancers were really entertaining.
I stuck to mainly stouts through the day, but sipped everyone else’s summer and light ales when they got them. Some of my favourites in case you may come across them were Brown Cow Brewery in Selby “Captain Oates Dark Mild”, Wensleydale Brewery in Leyburn “Black dub oat stout” (which I went back for seconds of, and they were out by the time I went for thirds), Wentworth Brewery in Rotherham “Smoked Swift”, and Oates Brewery in Halifax “Caragold”. There were lots of other nice ones I tried but those were the ones I marked so I’d remember them.
You can’t buy any of the beer there, so if there is anything you like, you’ll just have to go visit a brewery! I didn’t realise there were so many around us, and am now on the hunt for some good brewery tours.
Have you ever been to a small beerfest like this one?
Previous Post
Next Post