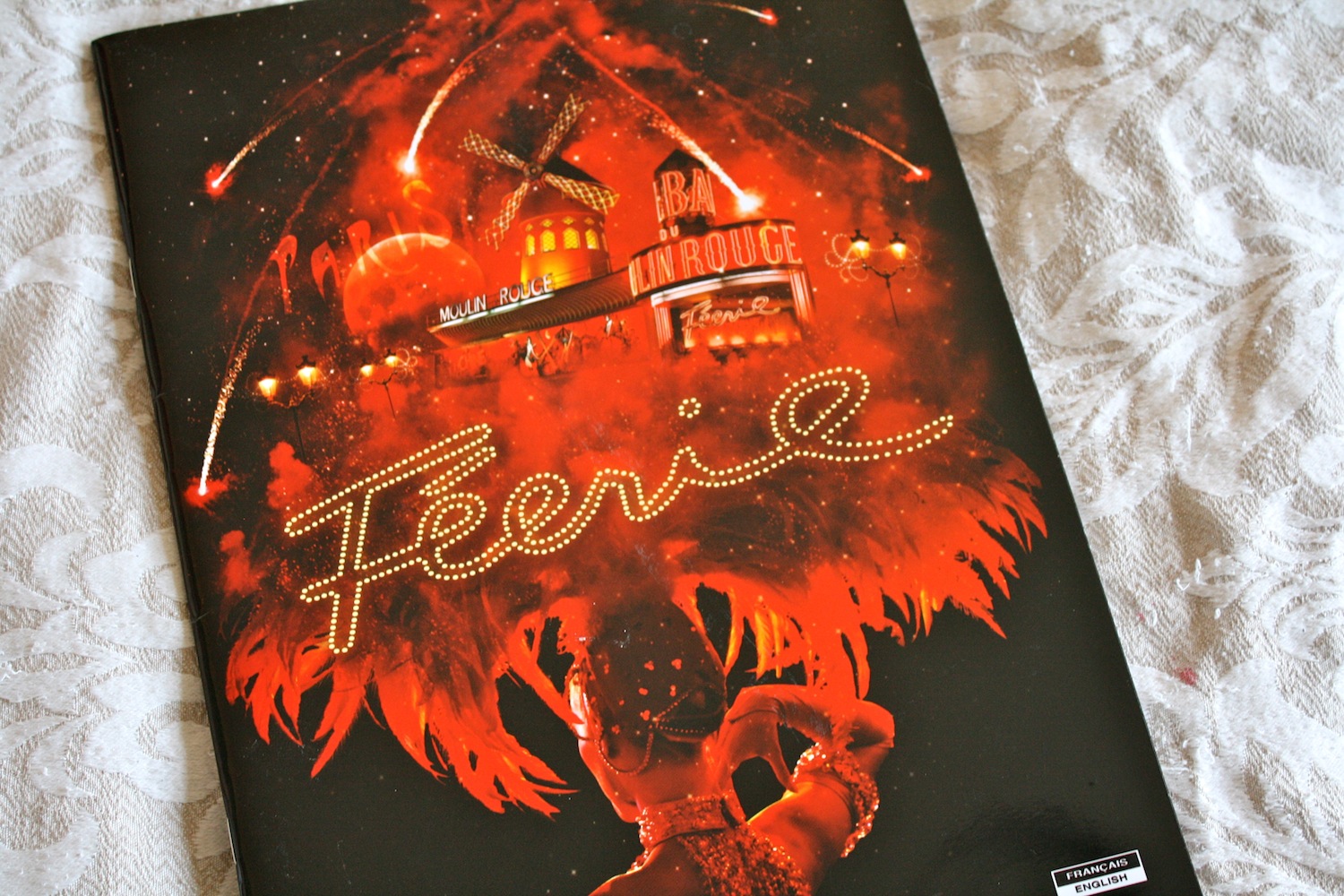 Have you ever had one of those “Pinch Me” moments while traveling, where you just can’t actually believe that something is happening or that you are actually getting to experience something? If you haven’t yet, just wait. You’ll get there. Mine came in the form of going to a show at the Moulin Rouge in Paris.

The Moulin Rouge always seemed like a fantasy place, somewhere that existed in movies and stories and not real life. You hear about the amazing dancers and costumes made of feathers and every colour of the rainbow. You hear about the theatre with the windmill on the top adorned in lights. Never in my wildest dreams did I think I would actually be going, and now that I’ve been, I’m hooked.

When we went to Paris for my birthday we decided to do something a little special and booked to see Féerie at the Moulin Rouge. I’ve seen plays before but wasn’t sure what to expect. Upon arriving the atmosphere was electric, and you could tell almost everyone around us was just as excited to be there as we were. We were led into the theatre and sat at a table with four other people on the left side very close to the stage. The seats are quite cramped as they surely pack people in there but it adds to the charm I thought. If you opt to eat there before the show, you are seated on the ground level, and we were the very next level up from that.

We had a bottle of champagne to split between Adam and I while we enjoyed the show. I can’t even really describe the magic that happened on the stage that night. It was a whir of colour, legs, feathers, boobs, and general amazingness. It was unlike any other show I’ve ever seen, and the whole time I just couldn’t even believe we were actually there, watching a show at the Moulin Rouge, in Paris.
Pinch me so I know it wasn’t all a dream.
{I’m linking up with Emma, Kelly, and Rebecca for their “Pinch Me” moments link up, for more exciting posts, go check them out}
Previous Post
Next Post