Since I couldn’t make it to London to see it in all it’s Christmas glory this year, I enlisted Emma from Adventures of a London Kiwi to show you around. I’m over on Emma’s blog today, so be sure to head over and say hi to her as well. 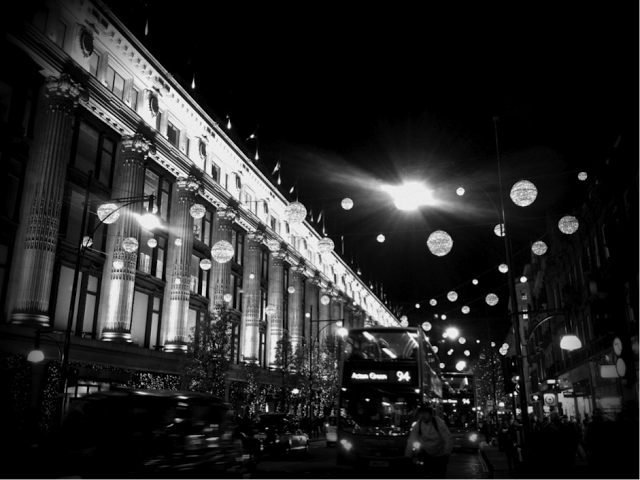 London at Christmas really is something special. The night as they pull in early only serve as a beautiful tableau for the array of Christmas Lights strung from pillar to post, pine bough covered store fronts, carollers echoing on train station platforms and the smell of mulled wine seductively wafting from open pub doors full of chatter. 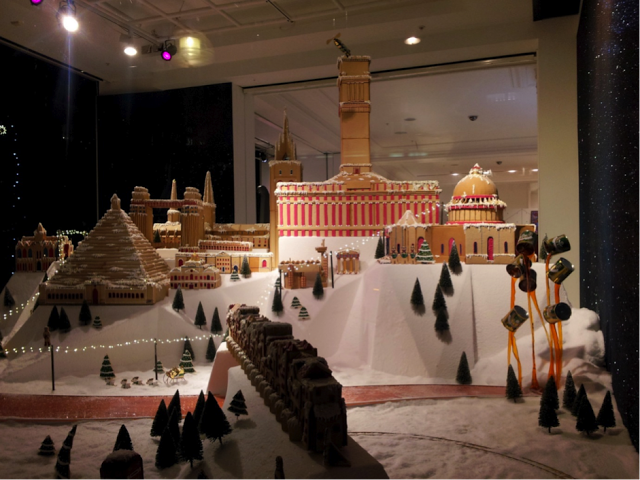 Every street has an individual character of twinkling decorations and many have over the top window displays, perfect for the season of excessive enjoyment. Some even have pedalo operators dressed as Santa, playing 40s Christmas carols to grannies, who sing their hearts out through the busy roads. 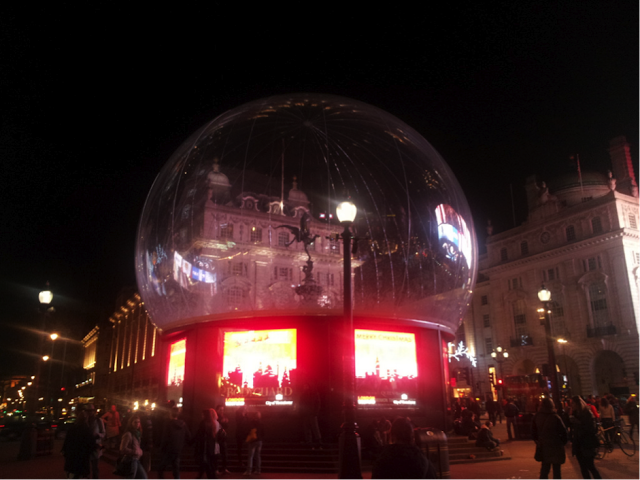 Piccadilly Circus plays host to the worlds (we think) biggest snow globe, a clever hooligan-proof casing for Eros. Well, actually while the statue is generally believed to depict Eros, it was created as an image of his twin brother, Anteros ‘the god of selfless god’ (there’s a pub quiz fact’ for the day). Tourists throng to see the fans cleverly hidden in the base, whirling the snow around. 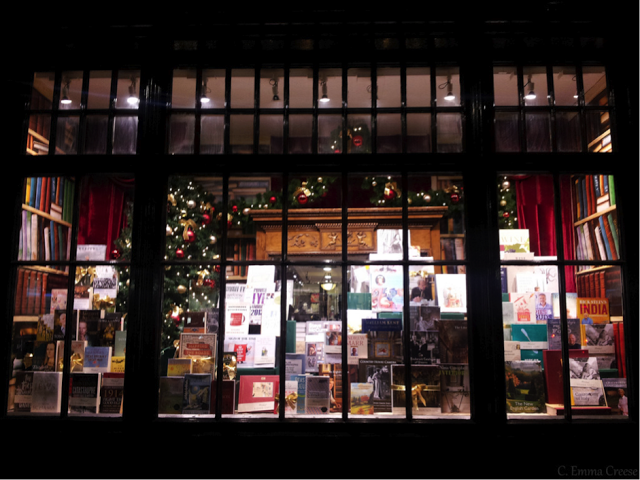 All of the shops are dressed in their festive finery, with baubles strung upon high, fairy lights twinkling merrily and cascades of holly and ivy looped everywhere the eye can see. Cherubs peep from unexpected perches, and mince pies that jump into your basket from their shelves ready to be laden with brandy cream. 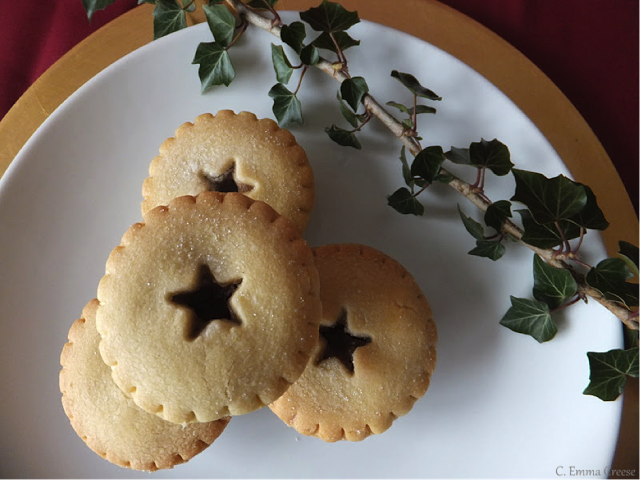 It is most definitely the season of luxurious indulgence, busy crowds and a touch of pressure – as Sheldon, a character from the Big Bang Theory puts it succinctly “the foundation of gift giving is reciprocity. You haven’t given me a gift. You’ve given me an obligation.” Bah humbug. 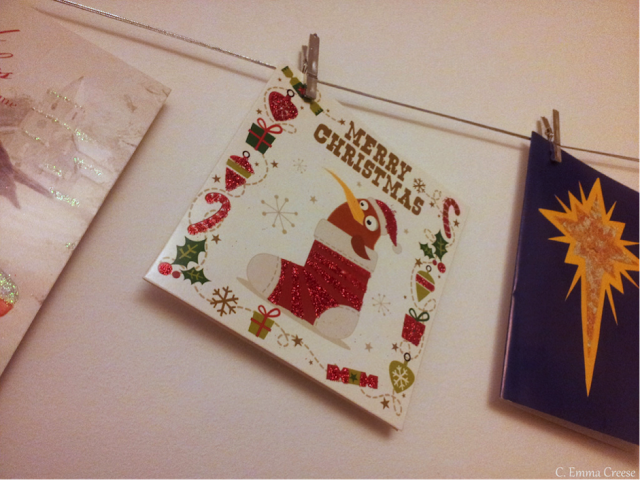 At the end of the day though, it’s about a solid gold excuse to spend quality time with family and friends. Everyone is out and about toasting festively, a generally convivial feeling permeates everything and families are gathered around the tree (and the terrible TV) on Christmas Day. 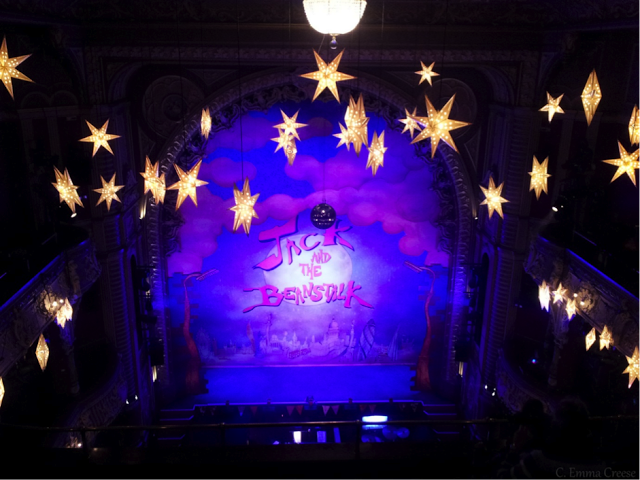 It’s also a wonderful excuse to act as a kid no matter how old you are. This year we checked out my first Pantomime (we borrowed a friend’s daughter as an excuse) and we were doubled with laughter in our seats, loving the fantastic costumes, hilarious antics, innuendo that rolled straight over the kids heads and a touch of ridiculous Twerking.

We haven’t touched on the crackling fires, Christmas markets, champagne corks popping, ice skating in front of stately homes or the simple pleasure of a Christmas card plopping on your doorstep.
It’s the most wonderful time of the year!
———-
Thanks so much Emma for showing us the sights and giving me something to look forward to next year! Head over to Emma’s blog to see more great Christmas posts, kiwi recipes, and follow along on her adventures to find the perfect spot for afternoon tea in London.
Have you been to London at Christmas time? What was your favourite thing to do?
Previous Post
Next Post