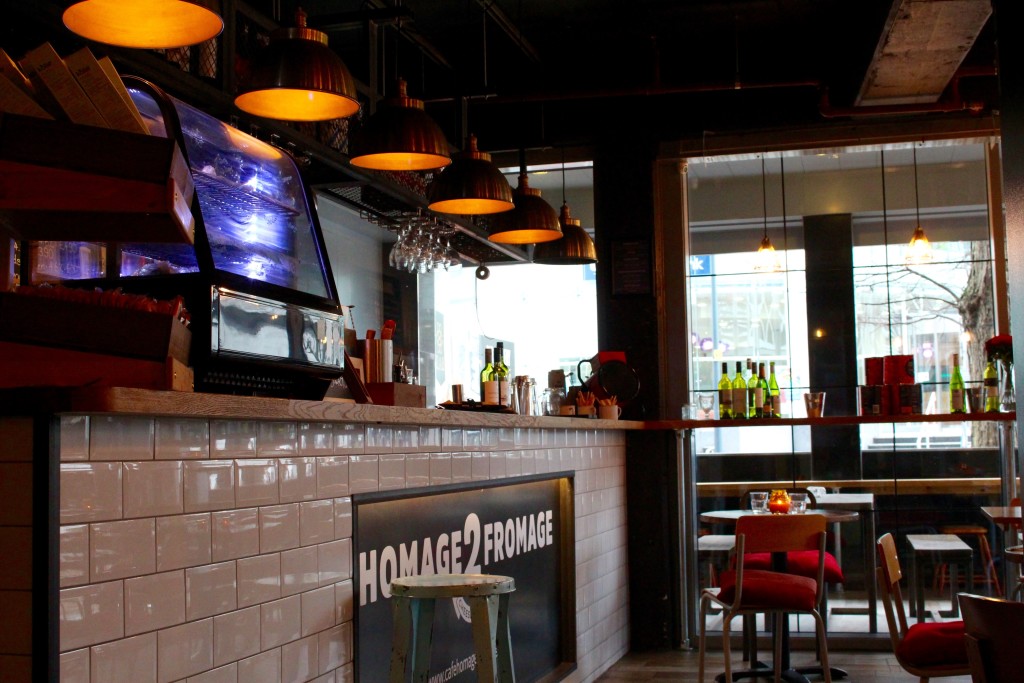 So you like cheese? Me too. That’s why when I heard about a cheese restaurant that had recently opened up I HAD to go. The icing on the cake? It’s called Homage2Fromage. If that’s not the best name for a cheesy paradise I don’t know what is. It’s very pleasing to say out loud. Go on, try it. Homage2Fromage is in the Merrion centre in Leeds, and has a trendy, inviting interior. There’s not a lot you can get other than cheese-laden dishes except a charcuterie plate, so if someone isn’t in to cheese, it’s probably not the best place to go. Everyone else should definitely give it a go though! 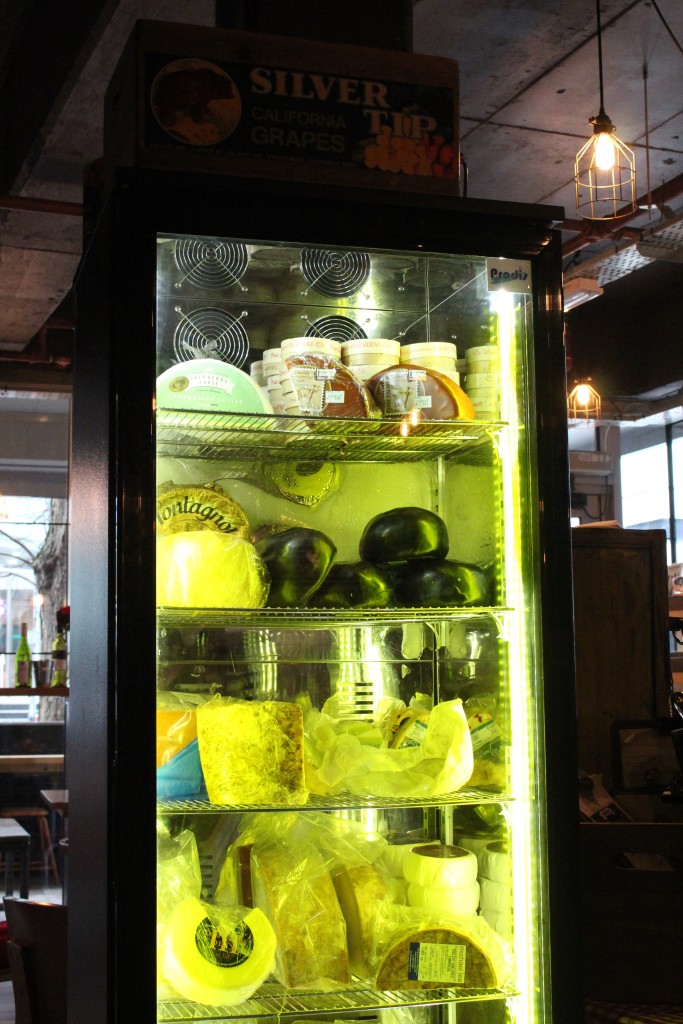 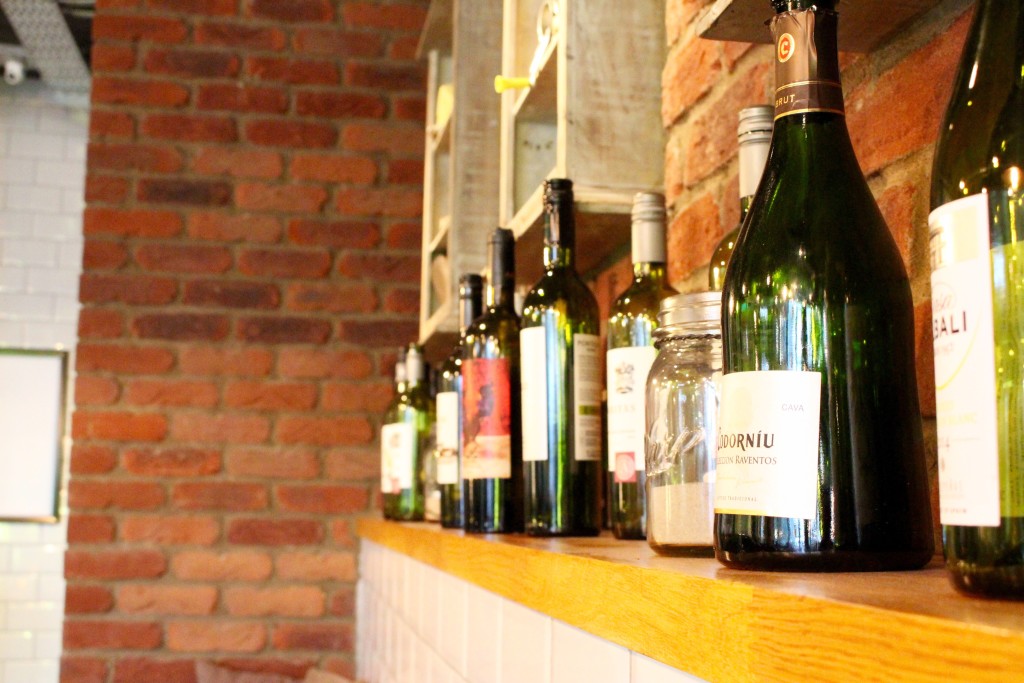 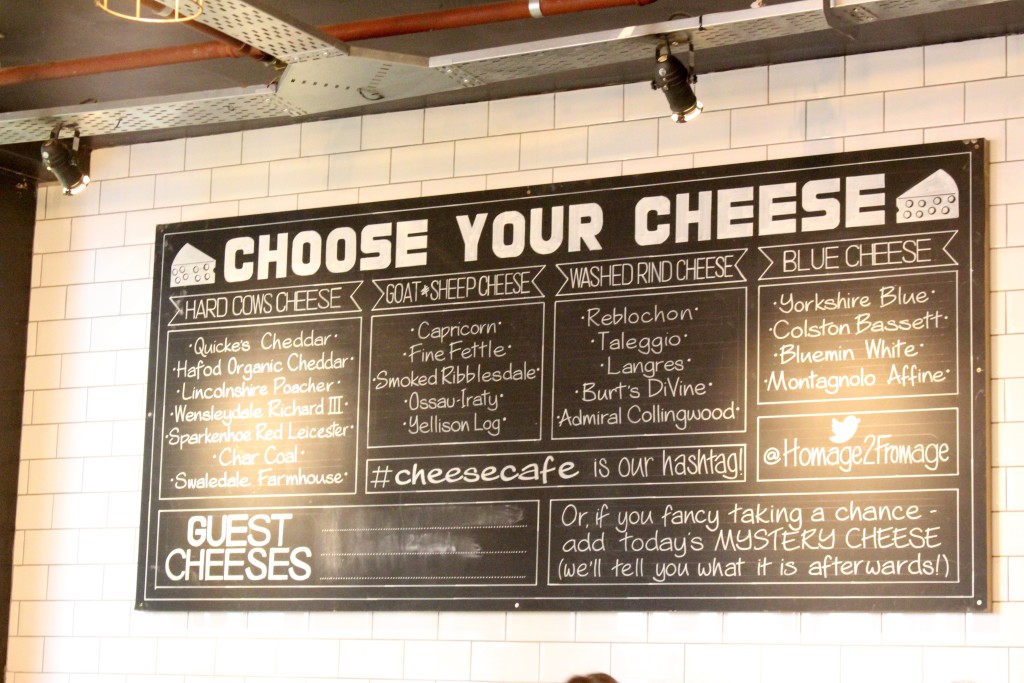 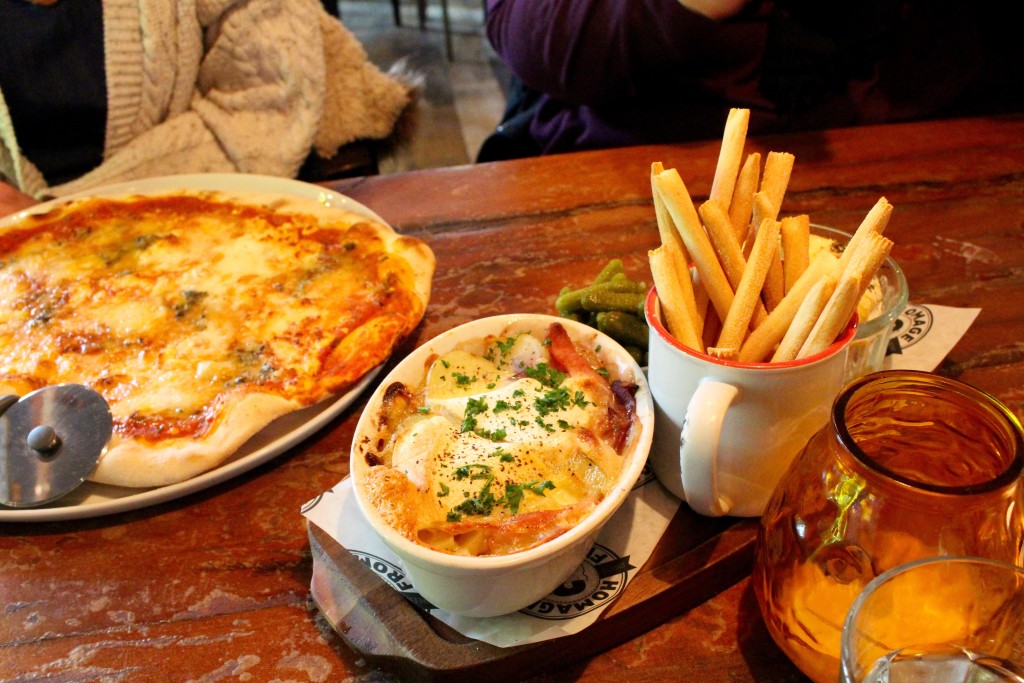 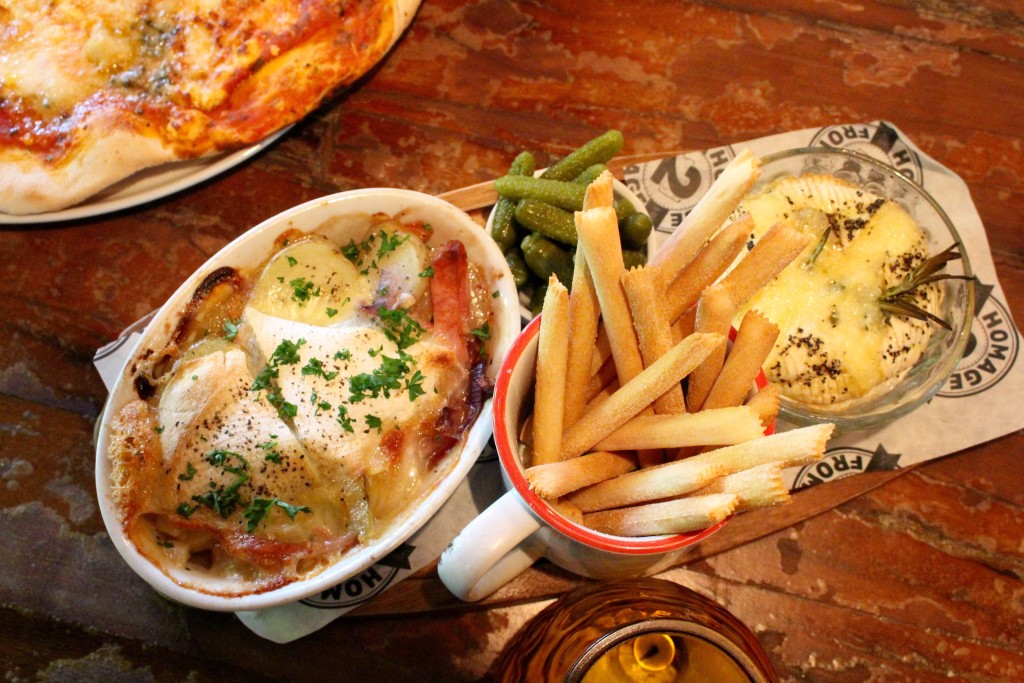 After much debating over the menu, Charley went for a four cheese pizza, Emma for the melted brie and breadsticks, and I went for tartiflette, a glorious mixture of potatoes, onion bacon, and topped up with nice melty cheese. I first had this dish in France when our friend made it for us, so it was great seeing it on a menu somewhere for me to order. I’m sure loads of places do it in France, but England? Not so much. We also got an order of garlic bread, which was pizza dough brushed with garlic butter and was a nice accompaniment to my tartiflette. 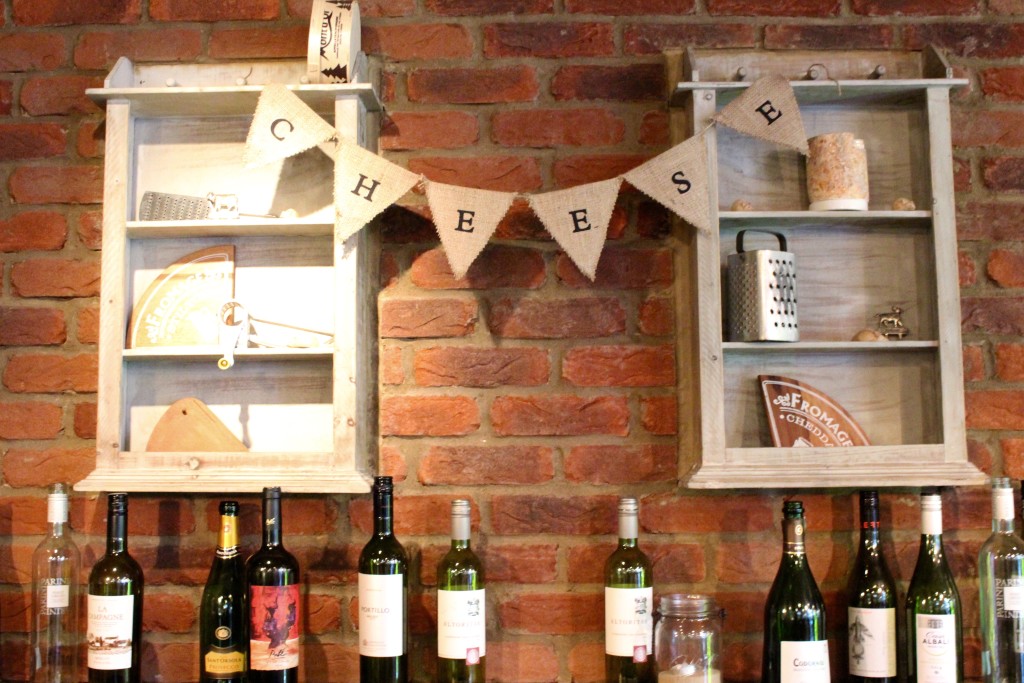 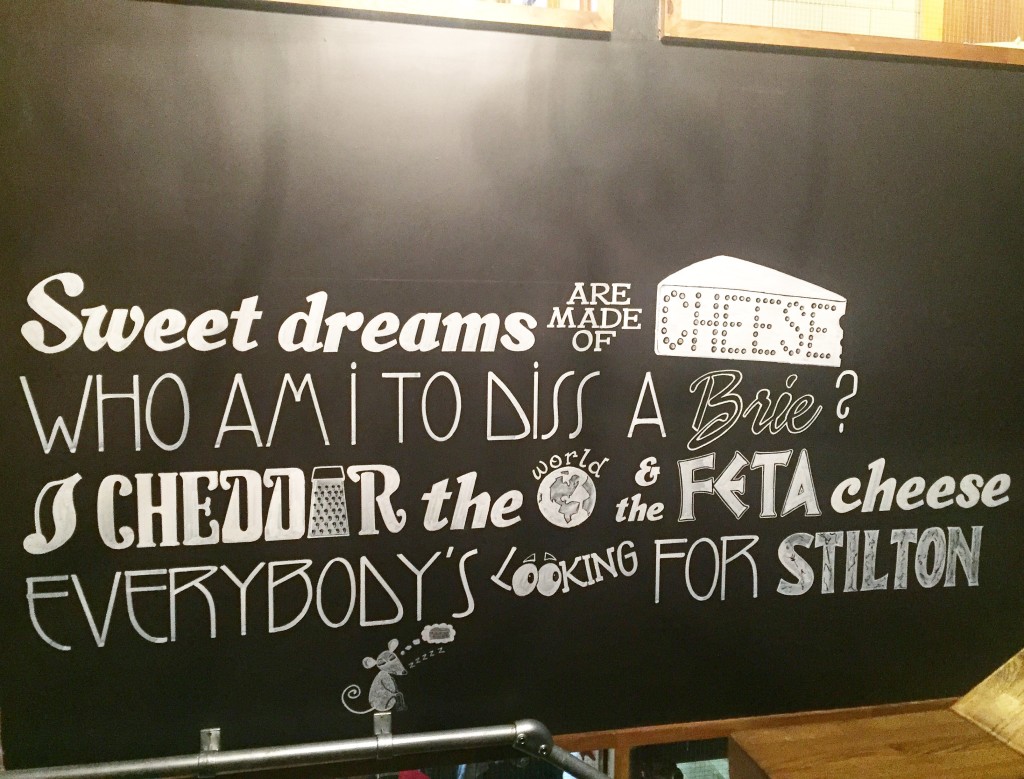 The biggest disappointment was that the fondue and raclette (an amazing dish consisting of cheese melted under a grill and poured over potatoes and sweet onions) were a no-go for lunch, serving starting at 6pm. Big thumbs down as there would have been nothing better than sharing molten cheesy goodness on a rainy Saturday afternoon. So next time I go, I’ll have to make sure it’s dinner time so I can get my fondue fix. If you want more details and to see the full menu, head over to their website. If you are around Leeds and love cheese, I’d definitely recommend checking them out. 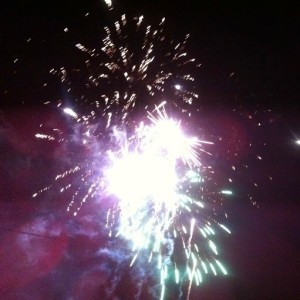 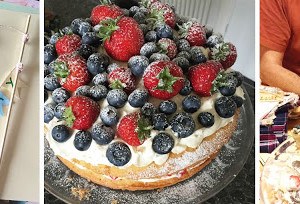 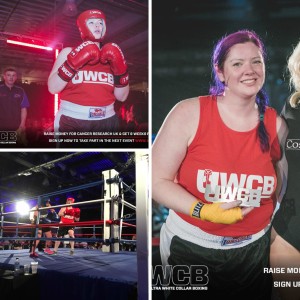 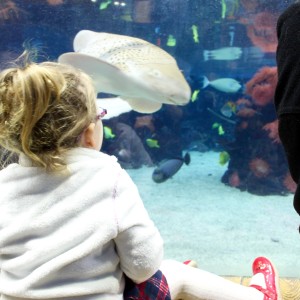 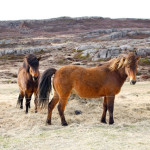 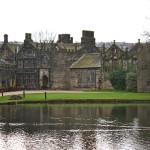 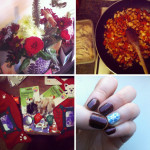 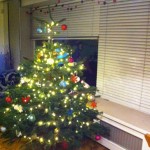